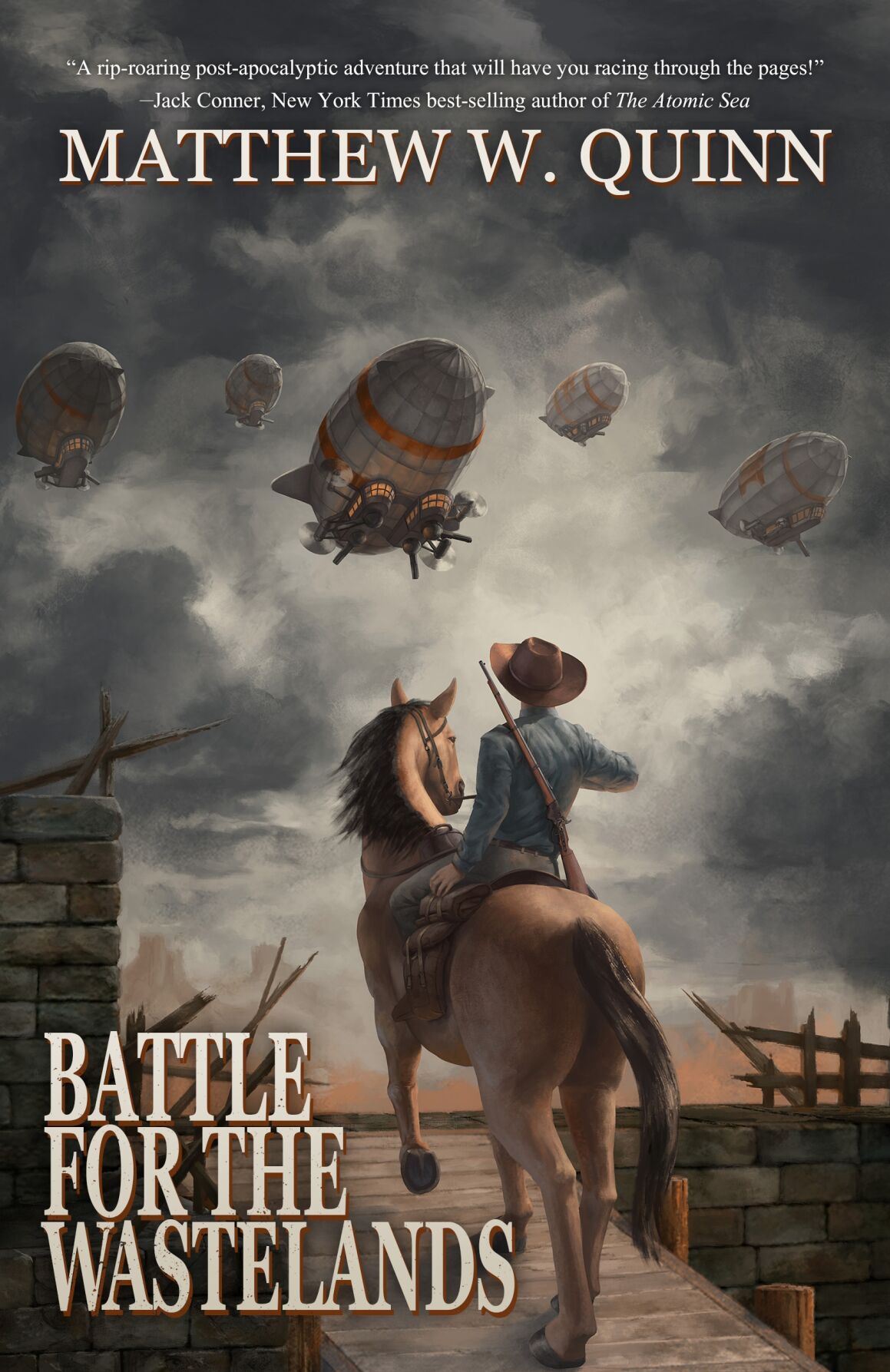 “Battle for the Wastelands” by Matthew Quinn 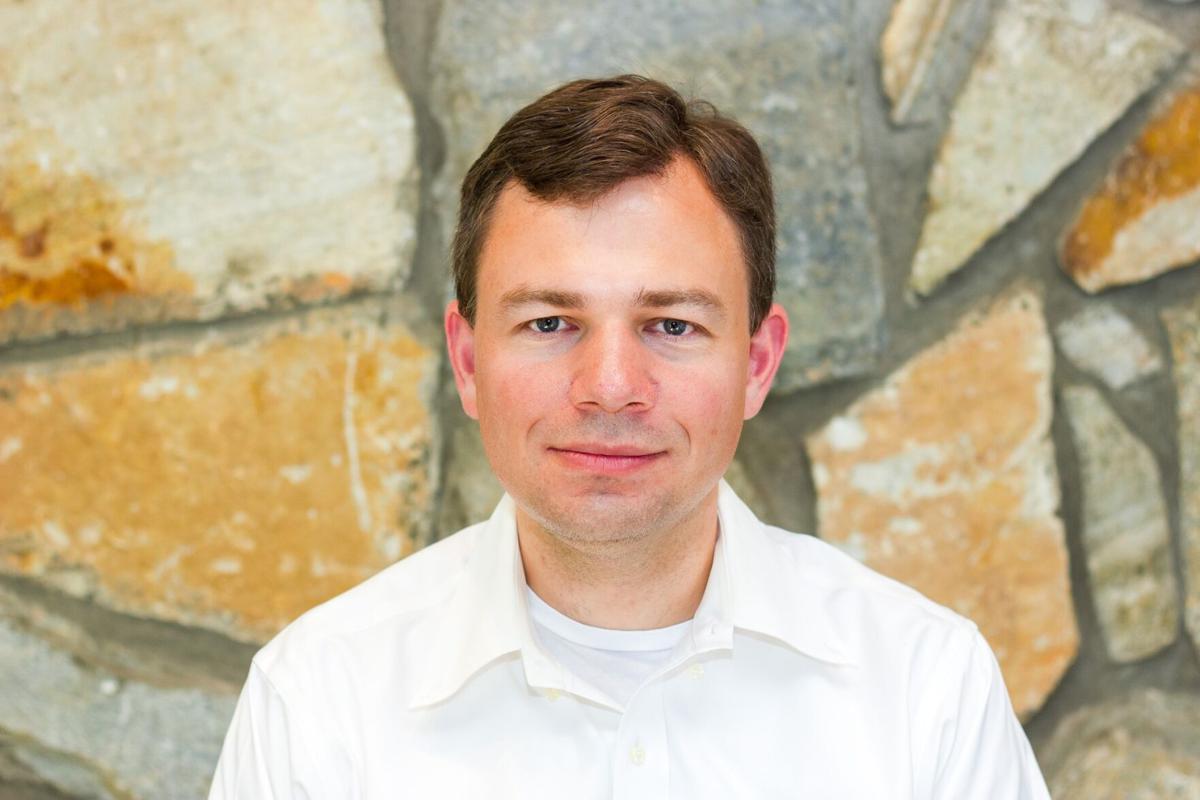 This week I had the satisfaction to correspond with an accomplished Georgia author who has penned horror, science fiction and fantasy novels; including a monstrous tale involving extraterrestrials in the heart of downtown Atlanta!

Mr. Quinn expounded on his inspirations for his books and his life as an author. Thanks again to Matthew for sharing his time with us.

Question: Tell us about your writing process and the way you brainstorm story ideas.

Matthew Quinn: Ideas come from everywhere; there’s not really a process per se. I typically write on my laptop on my couch. As far as hours in a day are concerned, it varies depending on my other commitments, chores, exercise, etc. The time I take to write a book varies. I think I wrote “Little People, Big Guns” in a year, but LPBG was a little less than 30,000 words. My debut novel, “The Thing In The Woods,” took from March 2013 until December 2014 (I had written 1,517 words in years’ prior but had set it aside). I often stop-start-stop projects rather than work continuously, which makes it hard to determine “how long.”

Q: What is your writing Kryptonite?

Quinn: Social media. Although I need it for networking and marketing, it is such a time sink. I’ve seriously considered quitting Twitter, except that would make it harder to communicate with book-reviewing YouTubers; and years of using Twitter to pitch books means I have a lot of people to tweet concerning book launches.

Q: Do you believe in writer’s block?

Quinn: Yes. However, a way around it that I’ve found, is to plug in “Insert Scene Here,” write something else within the same project, and go back to it. That allows me to be productive while I think of a solution.

Q: How did you celebrate the publishing of your first book?

Quinn: Although I consider my short-story collection, “Flashing Steel, Flashing Fire,” to be my first book, I didn’t really do much. I gave free “Thing” copies to family members and my then-girlfriend. I had my first book signing at Tall Tale, an independent book shop in Atlanta, around a month later.

Q: What other authors are you friends with and how do they help you become a better writer?

Quinn: I am or was a member of two writing groups: one in Cobb County that no longer exists and one in Duluth that still operates. James R. Tuck, from the Cobb County group, showed me how to write without using speech tags, which saves on word counts and allows for much faster-flowing prose. Timothy O’Neill, author of the West Point ghost novel, “Shades of Gray,” and a member of the Duluth group, is retired from the military and helps me write more realistic combat scenes. Christopher Nuttall, a British independent science fiction and fantasy writer I know online, has shown that the way to an independent living is putting out multiple books (seriously, that man is a machine) per year. Dave Schroeder, from the Duluth writing group, has demonstrated the same principle with around 1-2 books per year. Writing groups in general also provide multiple sets of eyes that can find problems and offer suggestions for improvement.

Q: If you were given the opportunity to form a book club with your favorite authors of all time, which legends or contemporary writers would you want to become a part of the club?

Q: How do you think the concepts such as Kindle and e-books have changed the present or future of reading?

Quinn: As an economics teacher, I can say that the lower the price, the higher the quantity demanded. E-books are typically cheaper than print books and they don’t take up any space- personally I own as many if not more e-books than print books, and I’ve only rarely purchased print books in the last few years. Another relevant economics principle is “barriers to entry.” Thanks to e-publishing, publishing has moved from an oligopoly (higher barriers to entry and reduced product quantity, but higher profit for those who can get in) to monopolistic competition (low barriers to entry and lower profit producers, but a much higher quantity). That means more books, many of which big publishers wouldn’t have taken a risk on. Marko Kloos’s “Frontlines” series was rejected by many publishers, he self-published it for the Kindle, and then Amazon’s own science-fiction imprint picked it up. The late H. Paul Honsinger’s “Man of War” series was initially self-published as well, then Amazon bought him out. And authors like Lindsay Buroker make a living while staying independent. From a library point of view, apps like Libby give patrons access to books their libraries might not have in physical form. I used Libby to check out electronic versions of Christopher Ruocchio’s “The Howling Dark” and “The Demon In White,” the second and third books in his “Sun Eater” series. My library system only has a hard copy of the first book, “Empire of Silence.”

Q: What marketing strategies do you find most helpful?

Quinn: Events- think fandom conventions like Comic Con in Atlanta, book events like the Next Chapter Con in Ringgold, etc. I’ve hand-sold hundreds of books and acquired hundreds of email addresses for my newsletter. I also profit more at a single event than from a typical month of Amazon royalties. And beyond marketing, there’s networking. I met Jason Sizemore, who did the layout and editing for my independent projects, and cover artist Matt Cowdery at DragonCon.

Q: Can you tell us about your current projects?

Quinn: I plan to put out “Serpent Sword,” the second book in my military fantasy series “Battle for the Wastelands,” sometime this year. At the very least, I hope to finish the manuscript, even if the publication process runs into 2022. I’m about halfway there in terms of word count. Once “Serpent Sword” is done, I want to do the second sequel to “The Thing in the Woods,” currently titled “The Walking Worm.”

Q: Any advice you would like to give to aspiring writers?

Quinn: Read widely (a library card is really helpful), work hard, and stay focused. Definitely join a writing group. There are many in-person ones on meetup.com; and for writers of science fiction, fantasy, and horror, there is critters.org. It’s always good to have a second pair of eyes on your manuscript. If you want to submit to an agent or publisher, it needs to be the best it can be; and if you plan on publishing it independently, it really needs to be the best it can be. Many of Mr. Quinn’s novels are available to check out with a PINES library card. The library is currently open Weekdays from 10 a.m. to noon and 2 to 6 p.m.

For the latest library updates and to see our virtual programming via social media, please visit facebook.com/CalhounGordonCountyLibrary.

And please call or text the library at 762-219-9064 for more information and to have your questions answered. We look forward to serving you soon!

Ed Judie, accused of murder in wife's cocaine death, out of jail after posting $220K bond

It's Oktoberfest weekend at Wichita's Prost, which will transform into a German biergarten

Two exotic pet businesses to open; one will take visitors to a mini Jurassic Park

Ever thought about trying mixed martial arts or kickboxing? Here's your chance

Winner of James Welch prize to read at book fest