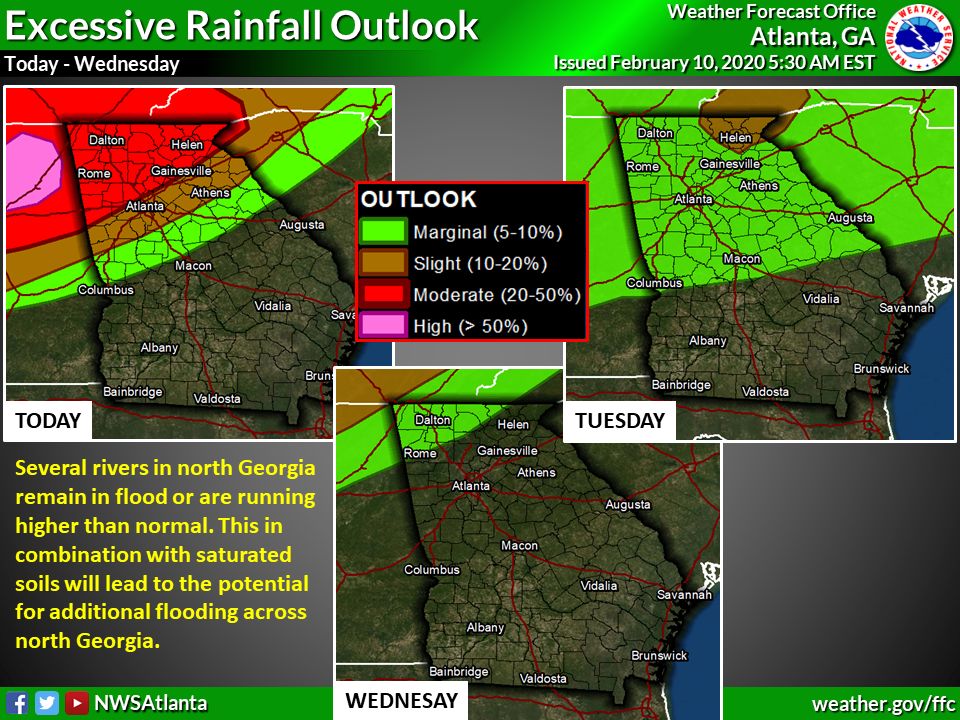 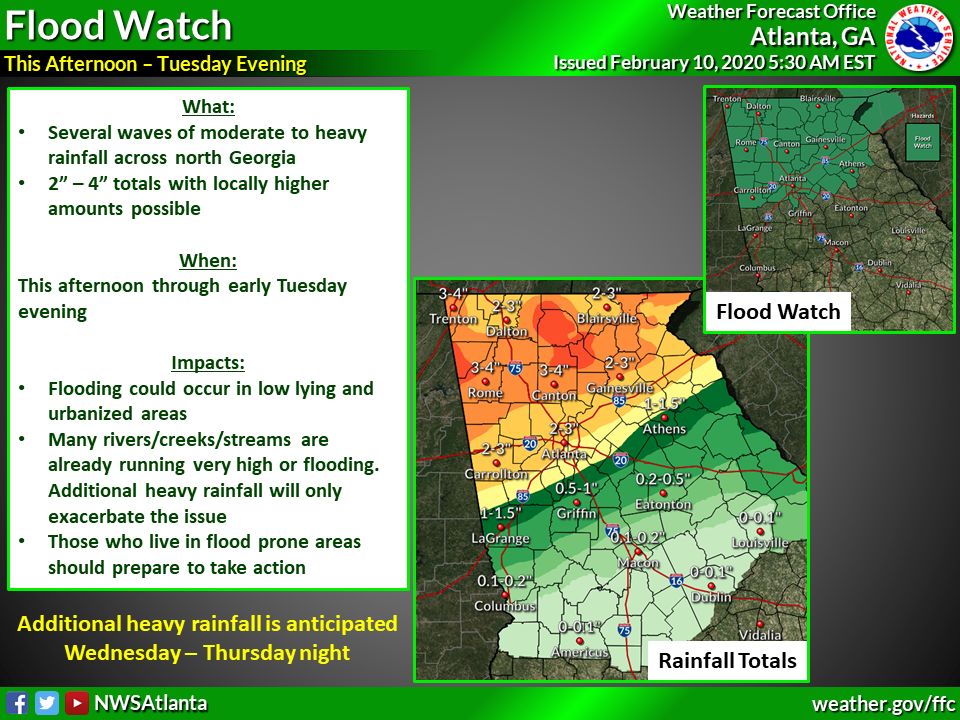 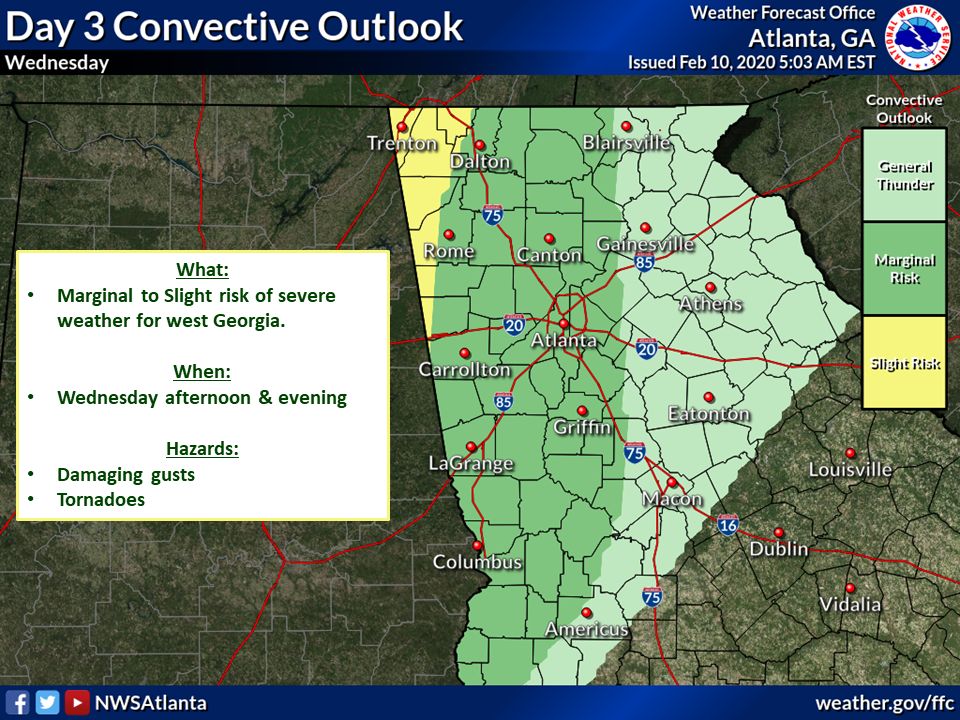 Heavy rain and potential flooding is once again a threat to the Northwest Georgia area, according to Gordon County Emergency Management Agency Director Courtney Taylor.

A cold front will become stationary along, or near, the Interstate 20 corridor through Tuesday. This boundary will serve to focus several rounds of moderate to heavy rainfall through the early part of the week. A brief break in the heavier precipitation could occur Tuesday night, but the potential for heavy rainfall will return on Wednesday as another cold front approaches the state. In addition to the heavy rain, a few strong/severe thunderstorms are possible on Wednesday in the warm sector ahead of the cold front.

A flood watch remains in effect for Monday afternoon into Tuesday, with 2 to 4 inches of rain with locally heavier amounts possible within the watch area. A second round of heavy rain is possible across North Georgia on Wednesday into Thursday, with an additional 1 to 2 of rain is possible.

Severe weather is also a possibility Wednesday afternoon and evening.

As a result of these weather patterns, flooding could occur in low lying and urbanized areas. Many rivers, creeks and streams are already running very high or flooding and additional rainfall will only exacerbate the issue. Damaging wind gusts and tornadoes are also possible.