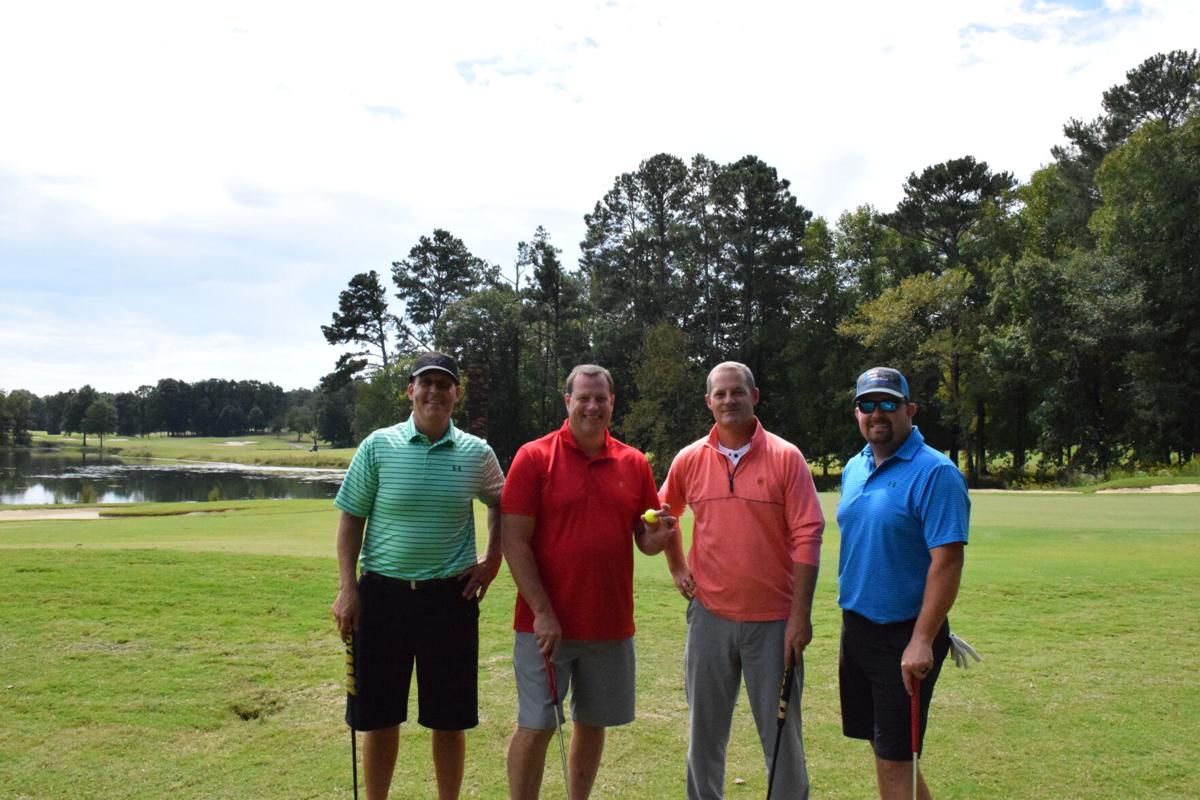 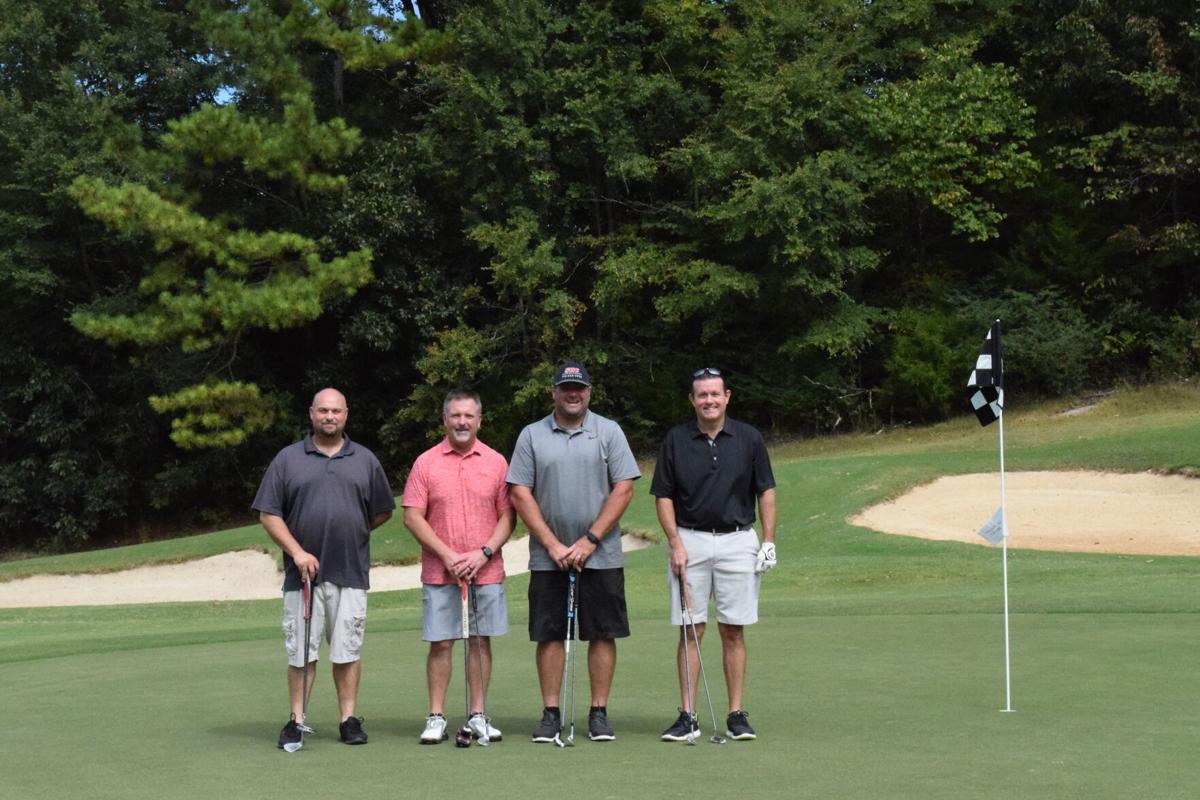 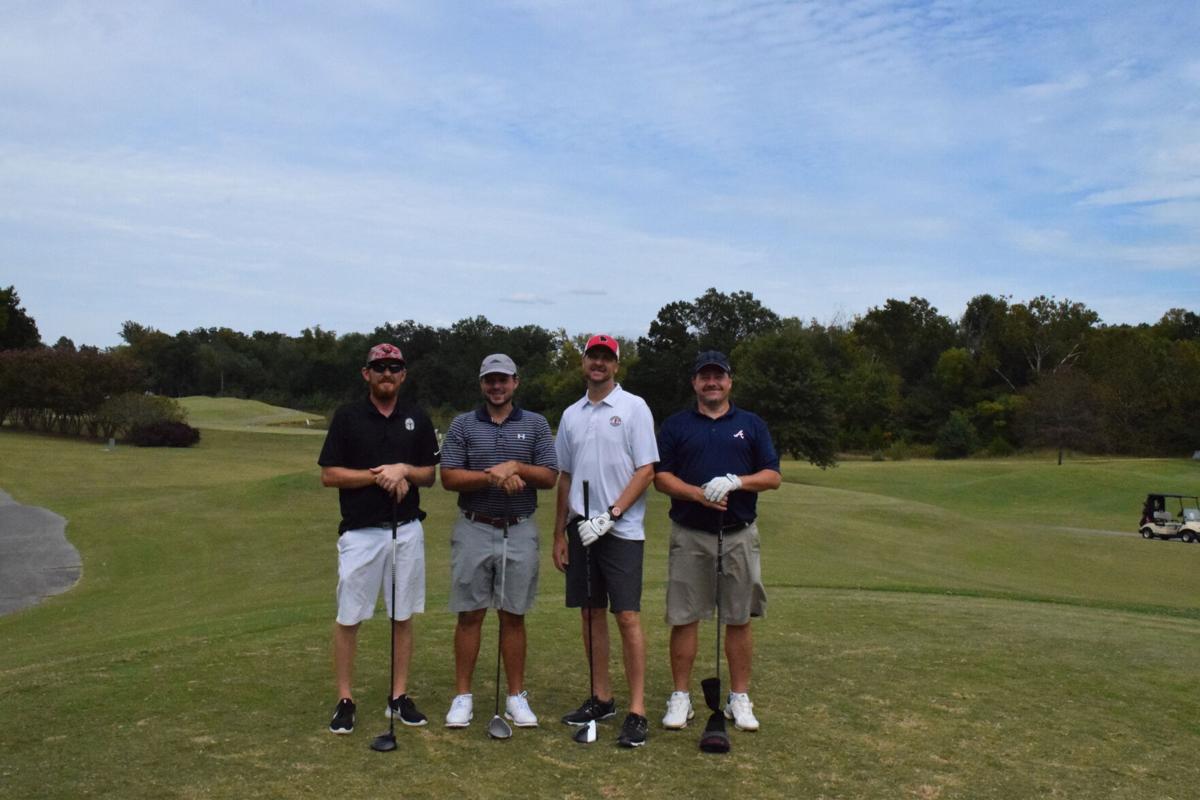 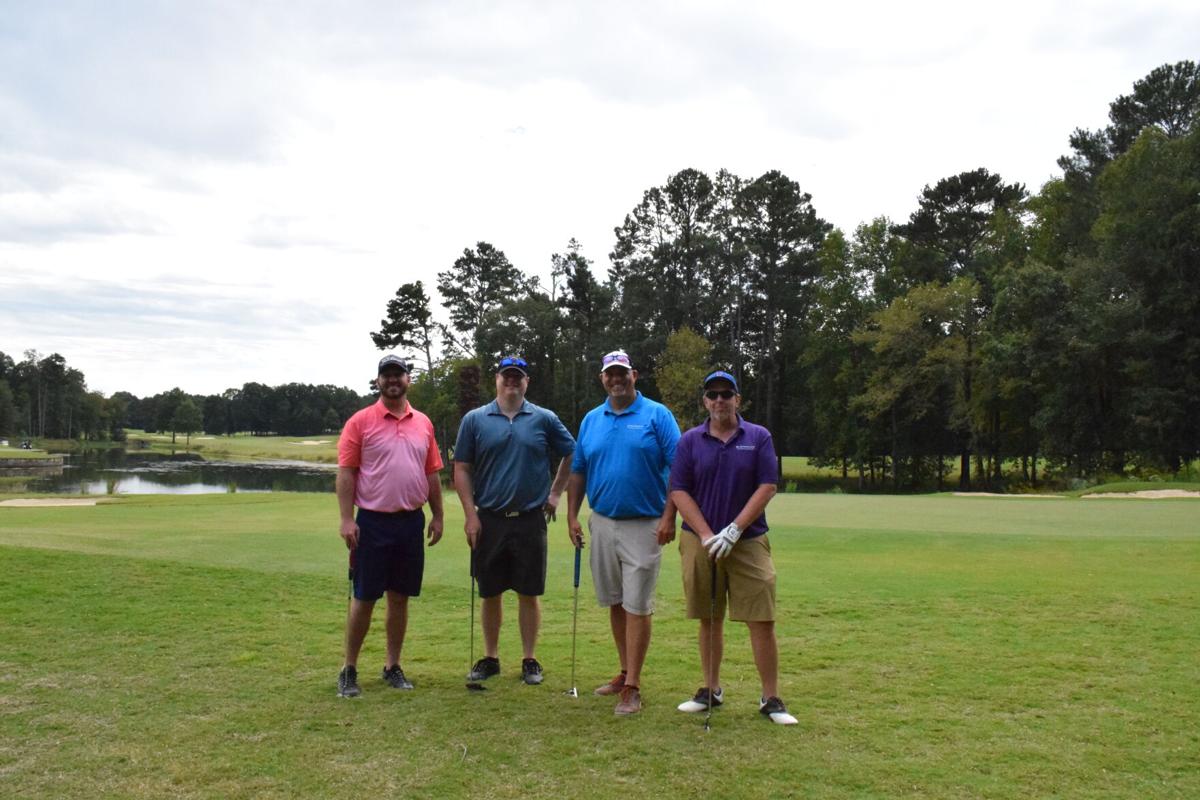 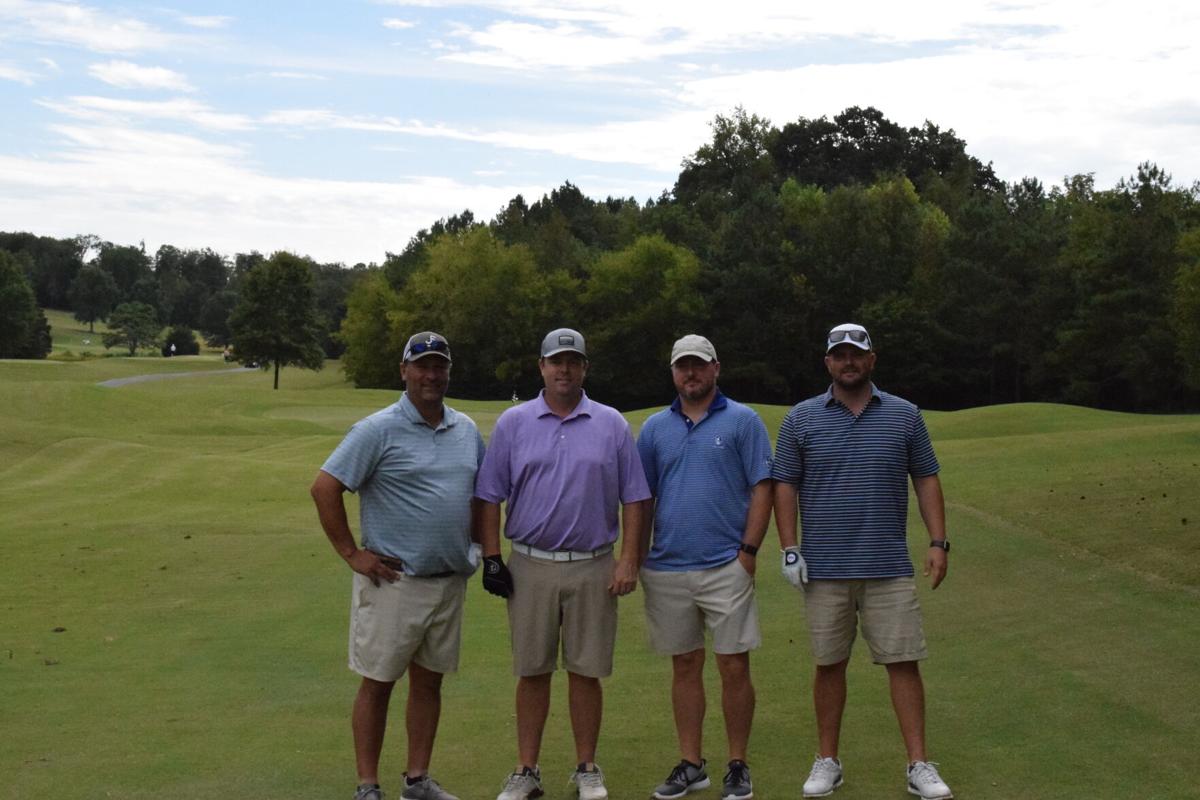 Third place in the first flight was the team Care at Home, with the members Ken Jones, Wes Miller, Gib Roland and Bart Walraven. 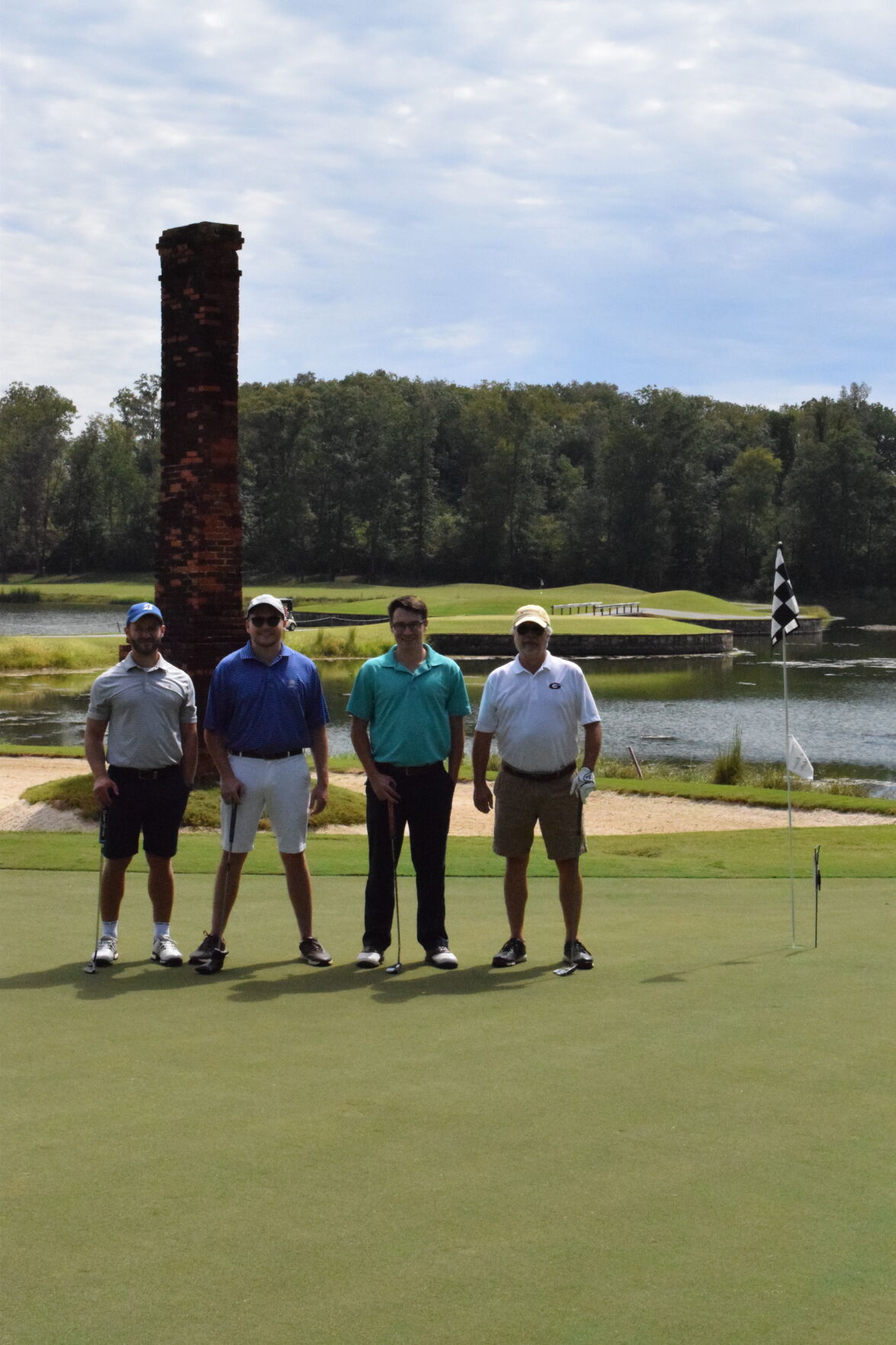 Third place in the first flight was the team Care at Home, with the members Ken Jones, Wes Miller, Gib Roland and Bart Walraven.

The Gordon County Chamber of Commerce presented its 27th Annual Golf Tournament last week, and despite COVID-19 the event proved to be a record-making success.

With 21 teams on the course playing in two flights and nearly 50 sponsors on board, the Education and Workforce Development Committee responsible for planning and presenting the event reported its highest revenues to date. A total of $1,400 was awarded in cash and gift card prizes to winning teams and special event winners.

C.J. Dodd, owner of Dodd’s Carpets, won a $2,000 prize in the chamber’s first annual Ball Drop, conducted as an event separate from the tournament and sponsored by Greater Community Bank. Doug Ensley with Mohawk Industries won the Closest to the Pin Contest while J.D. Joyave with ABC Pediatrics Big and Small won the Longest Drive Contest. Both were sponsored by Downtown Calhoun.

“The golf tournament is the chamber’s single longest-running event and we are very proud of its legacy,” said Kathy Johnson, president and CEO of the Gordon County Chamber of Commerce. “This year, it was a particularly great event, largely because our members rallied to support the chamber and the community during all the challenges springing from COVID-19. We’re glad we were able to provide our members with a safe and fun day at Fields Ferry Golf Course. The chamber is grateful to AGC Pediatrics and all the other event sponsors who come together to support the tournament.”

The event began with an 11:30 a.m. ball drop. Players then picked up boxed lunches provided by Chick-fil-A Calhoun and had lunch in their carts as they waited for the noon tee-time. AGC Pediatrics LLC returned as the signature sponsor at the Gold Level for the second consecutive year. Greater Community Bank joined the list of premier sponsors by funding the chamber’s first annual ball drop.

Coca Cola Bottling of Rome was the beverage sponsor while Food City provided Goodie Bags for the players. Starr-Mathews Agency provided frozen treats for the teams. Downtown Calhoun sponsored the Longest Drive and Closest to the Pin contests.

The tournament was organized by the Education and Workforce Development Committee, which is led by Chair Chris Tarpley, Shaw Industries; and Co Vice-Chairs Jim Dodd, Dodd Machine and Tool Inc. and Kimberly Fraker, Gordon County Schools. The committee’s mission is to connect education and industry to promote economic growth. Its program of work includes identification and recognition of Teachers of the Year from each school system, presentation of scholarships for students graduating from local high schools, planning and presentation of the annual State of Industry Event, promotion of initiatives to convene business leaders and educators to promote economic growth, recognition of a Business Commitment to Education Partner of the Year, and creation of a Workforce Development Plan.