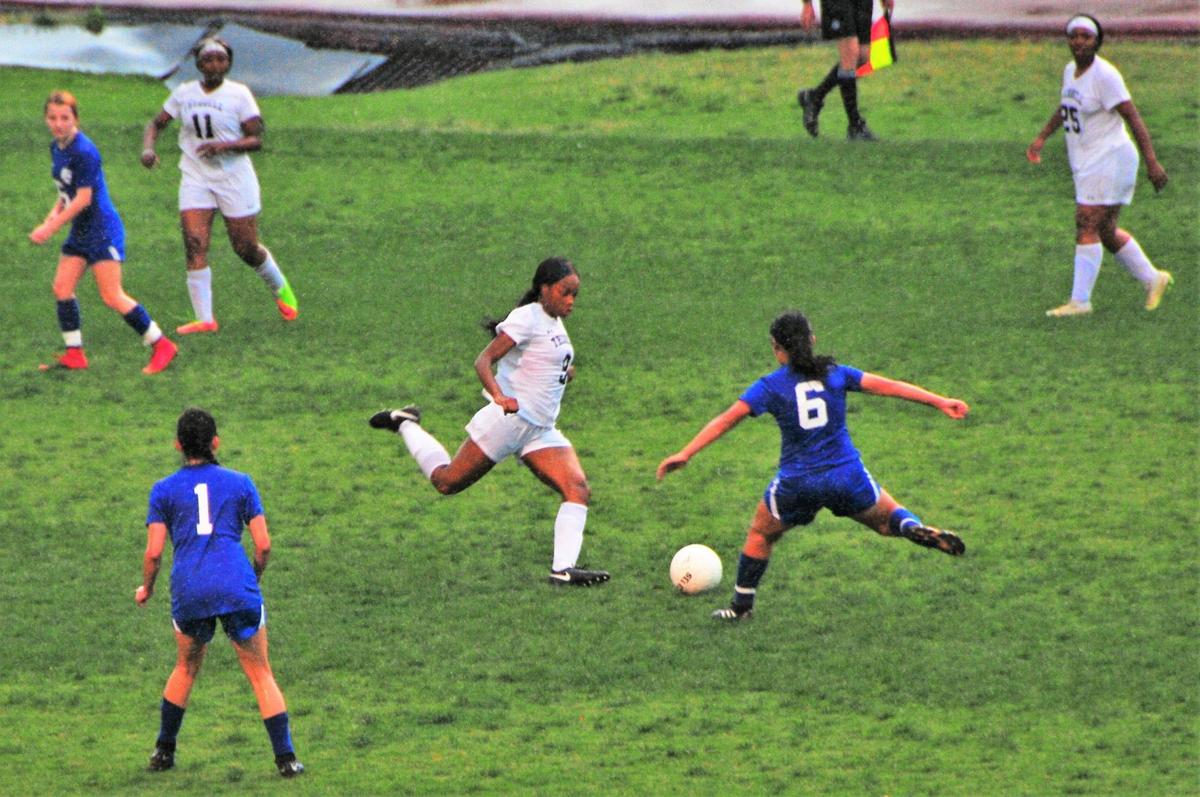 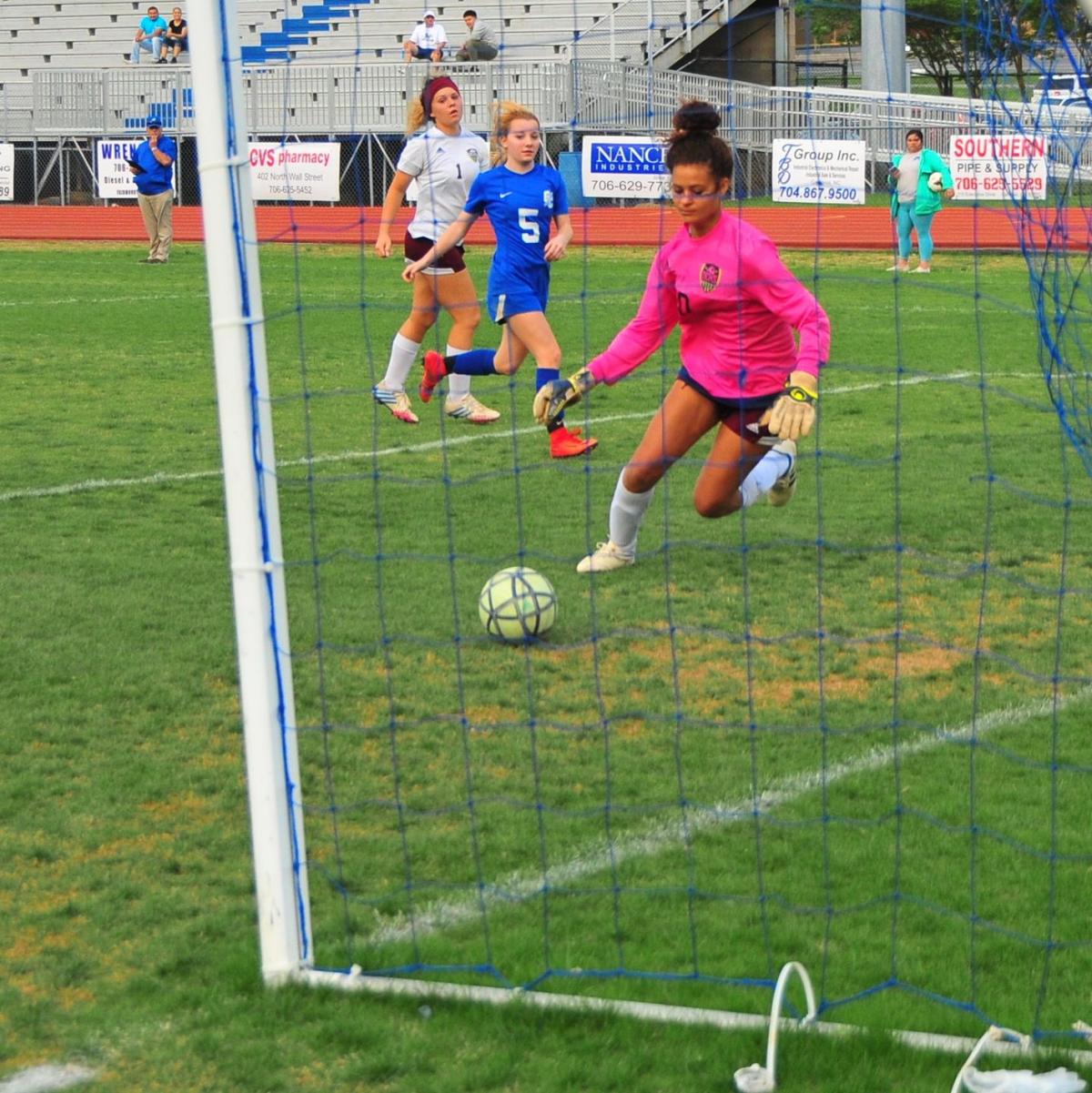 Carlee Brock takes a shot on goal during the Lady Warriors’ senior night game versus Dade on Thursday, April 18, 2019. 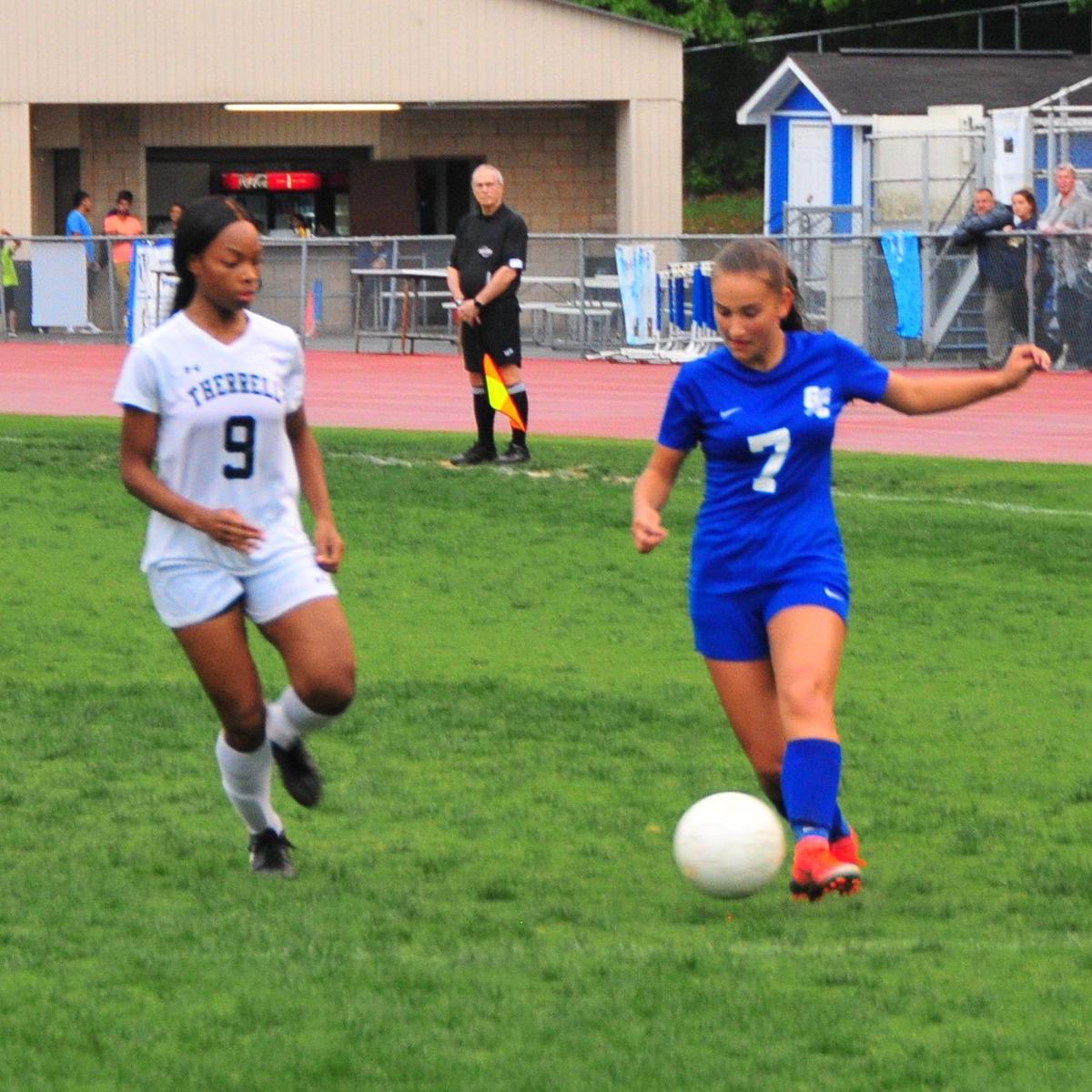 Carlee Brock takes a shot on goal during the Lady Warriors’ senior night game versus Dade on Thursday, April 18, 2019.

This story was compiled before Gordon Central Lady Warriors coaching change was made on Monday, Feb. 3.

The Gordon Central Lady Warriors are returning to the field with virtually their entire 2019 roster as the 2020 season dawns. Second-year head coach Steve Plemons said this fact is what he’s most excited about when it comes to this year’s campaign.

“They know my expectations. They have expectations of themselves,” Plemons said. “They’ve seen what we were capable of last year. They all have the same goal of getting to the same spot, if not better, than last year. Being able to have another year with the same group of girls, to be able to grow and get better, is always exciting.”

Last season, the Lady Warriors made history, winning their first-ever playoff game over Therrell by the score of 7-0 in late April. However, they would fall six days later at Union County 5-0 to end 2019.

“We really didn’t lose any starters, so we’re gaining everybody back,” Plemons said. “I felt like what had hurt us was the moment got too big ... playing against a good caliber team in Union County. When you get into the playoffs, you always play the best of the best, and we just hit a wall.”

This year, Plemons believes the Lady Warriors will push new frontiers, but stressed the team cannot be complacent.

“We can never be satisfied,” Plemons said. “Always have to work to get better and grow. It’s just going to take a team effort. Hopefully, we’ll have a better record which will get us a better seed or maybe a different side of the bracket so maybe we’re not playing a team as tough as Union County in the second round.”

Plemons said through preseason practice, he saw strong growth, but there is still work to be done on repetition of fundamentals and scheme.

“I’ve got a couple of goalies going in and out,” Plemons said. “(Need to) make sure the freshman (and) the people who didn’t play last year are understanding what we’re trying to accomplish offensively and defensively. Just trying to get the right pieces where they fit to ... benefit us as we go through the season.”

Last year, as a first-year head coach in soccer, Plemons said the biggest lesson he took away from last year was discipline. In addition to mental and physical toughness, Plemons emphasizes self discipline.

“When it’s conditioning time before the season starts, we need to get everybody out there running, conditioning and prepared,” Plemons said. “When it comes to actual practice time, focused in on trying to accomplish a goal. When you get down in the trenches in the playoffs, those things start to show.”

Plemons said his favorite aspect of his squad is their joy of competition.

“They want to get better from last year,” Plemons said. “Any time you have that mindset, ... for the most part, girls boys whatever, are willing to do whatever it takes to go to the next level, and anytime you have that you have growth.”

Plemons said, to a certain point, the team is in a better position entering the new season than it was the 2019 season.

“They know my expectations. We know each other better,” Plemons said. “The downside is because they’re used to me, there’s no shock factor anymore, As a coach, I’ve got to change that up to where I’ve got to make it harder for them, and I do that by maybe not letting certain things slide that I let slide last year. Focus more on the small things more so.”

As the 2020 campaign commences, Plemons said he is most excited about striving to achieve more than last year.

“Being able to take last year’s energy and enthusiasm with the hunger going into this year ... is always exciting,” Plemons said. “We made it to the second round last year, so I’m looking forward to winning those region games both times and then, hopefully that’s setting us up for better success in the playoffs.”

The Lady Warriors will begin the season against cross-town rival Calhoun on Monday, Feb. 3, at Ratner Stadium. Coach Plemons said scheduling a quality team like the Lady Jackets will give the girls a chance to see where they stack up early on.

“When people are anxious to get into the season of that sport, the first game is always a wow factor,” Plemons said. “I intentionally scheduled Calhoun early because of it being in the same county, why not? Why not get the community involved, the county involved. It brings an environment, an atmosphere to the field that we normally don’t see around here.”

“I know they’re a well-coached team,” Plemons continued. “They’ve had success all year last year, so I felt like by playing them, with the speed and skill set they have, would kind of mimic the Union Counties of our region in the playoffs. By starting off early, it will give us a measuring tool of where we’re at and where we need to be.”

Kickoff between the Lady Warriors and Lady Jackets is scheduled for 5 p.m.

One week later, Gordon Central will entertain inter-county Sonoraville on Monday, Feb. 10, as both the girls and boys will compete on the pitch. From the Lady Warriors’ perspective, Plemons said he’s trying to get his team faster and more exposed to heightened competition.

“I have scheduled us some tougher teams this year,” Plemons said. “I’m trying to get us faster. Union County last year, of course they were good, but they were so much faster than we were. By scheduling these non-region games, hopefully that compares, usually and generally, the bigger schools have more athletes to pick from. Hopefully, that will give us some different competition.”

A 17-year-old boy from Georgia has died from coronavirus

The Latest: Czech coal mine stops work after outbreak

1st deadlines for laid-off workers to get health insurance