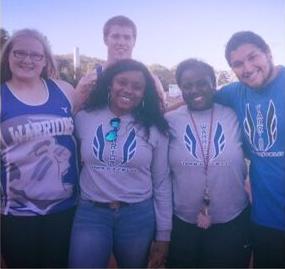 Hayley Reynolds, who now coaches throwers at Gordon Central, is pictured with some of her students. 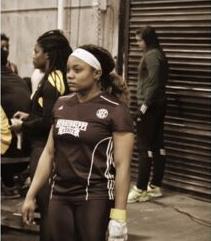 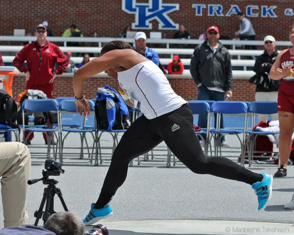 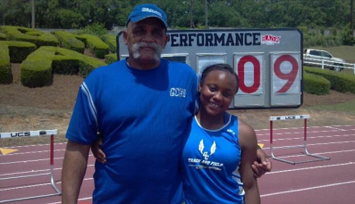 Haley Reynolds pictured with her dad William Reynolds after a high school track and field event.

Hayley Reynolds, who now coaches throwers at Gordon Central, is pictured with some of her students.

Haley Reynolds pictured with her dad William Reynolds after a high school track and field event.

Former record-breaking discus thrower and shot putter Haley Reynolds of Gordon Central was recently honored by being named one of the top 16 throwers in the history of the state of Georgia by Ga.Milesplit.com. Reynolds was surprised by the honor but no less appreciative.

“I feel accomplished,” Reynolds said. “I didn’t think that would happen though. It was really unexpected. I just feel happy. I’m 26 years old now, so those records (from high school) were set eight years ago. It’s still held up. It’s a really proud moment for me.”

But it almost never happened. Reynolds was not interested in track and field growing up and only gave it a shot due to her father – William Reynolds. Williams Reynolds was a standout athlete at Calhoun High School, particularly in shotput and discus.

“My dad — he is crazy,” Reynolds said. “He already knew what sport was for me. I didn’t know, and I didn’t like it (track and field) at first. It can be a frustrating thing when your dad is your coach, but it was all just to better me. Track has not only bettered me athletically, it bettered me mentally, even now. He definitely made me mentally strong, and he’s my best friend too. My dad just always wanted the best for me in life.”

Reynolds graduated from Gordon Central High School in 2013 and was a spectacular athlete in track and field and basketball. Despite breaking the record for most rebounds in a game at Gordon Central, she decided to not play basketball her senior year to focus solely on her true love and her best shot at getting to the next level – discus and shotput.

It certainly was the right decision. Reynolds still holds the Gordon Central school records for discus (40.31m) and shotput (14.34m). She finished second in the state in both discuss and shotput in 2011 and followed that up with two back-to-back state titles in both competitions in 2012 and 2013. Reynolds reflected on this time.

“In 2011, when I got second, I was happy, but my dad just taught me that I had to do better and not settle,” Reynolds said. “I wanted to be great. Even after I practiced at Gordon Central, I came home, and I practiced twice a day for hours. The year after is when I won state.”

That determination instilled in her by her father paid off as she finished her junior and senior years on top. Reynolds then accepted a full scholarship offer for track and field at Mississippi State. During her career at Mississippi State, Reynolds set a school record in indoor shotput in 2017 with a throw of 14.99m, and she set another school record in discus with a throw of 49.88m later the same year.

Since graduating from Mississippi State in 2017, Reynolds has come back to Gordon Central where she is now the track and field coach for shotput and discus. Reynolds is so excited about what she has done and to be where she is. For her, it is all about giving back.

And that is what she is continuing to do.