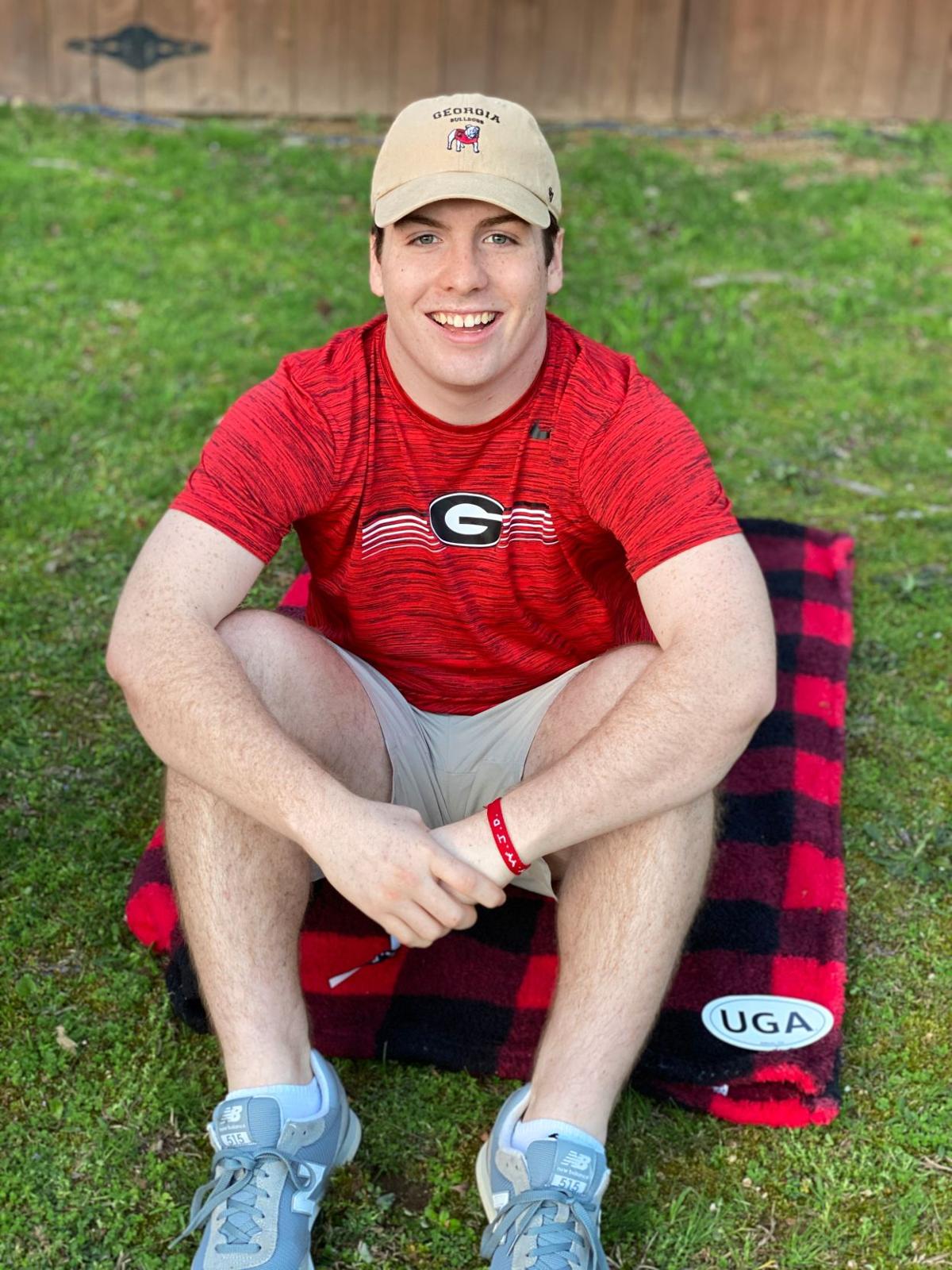 John Rainwater has signed on to play rugby for the University of Georgia. 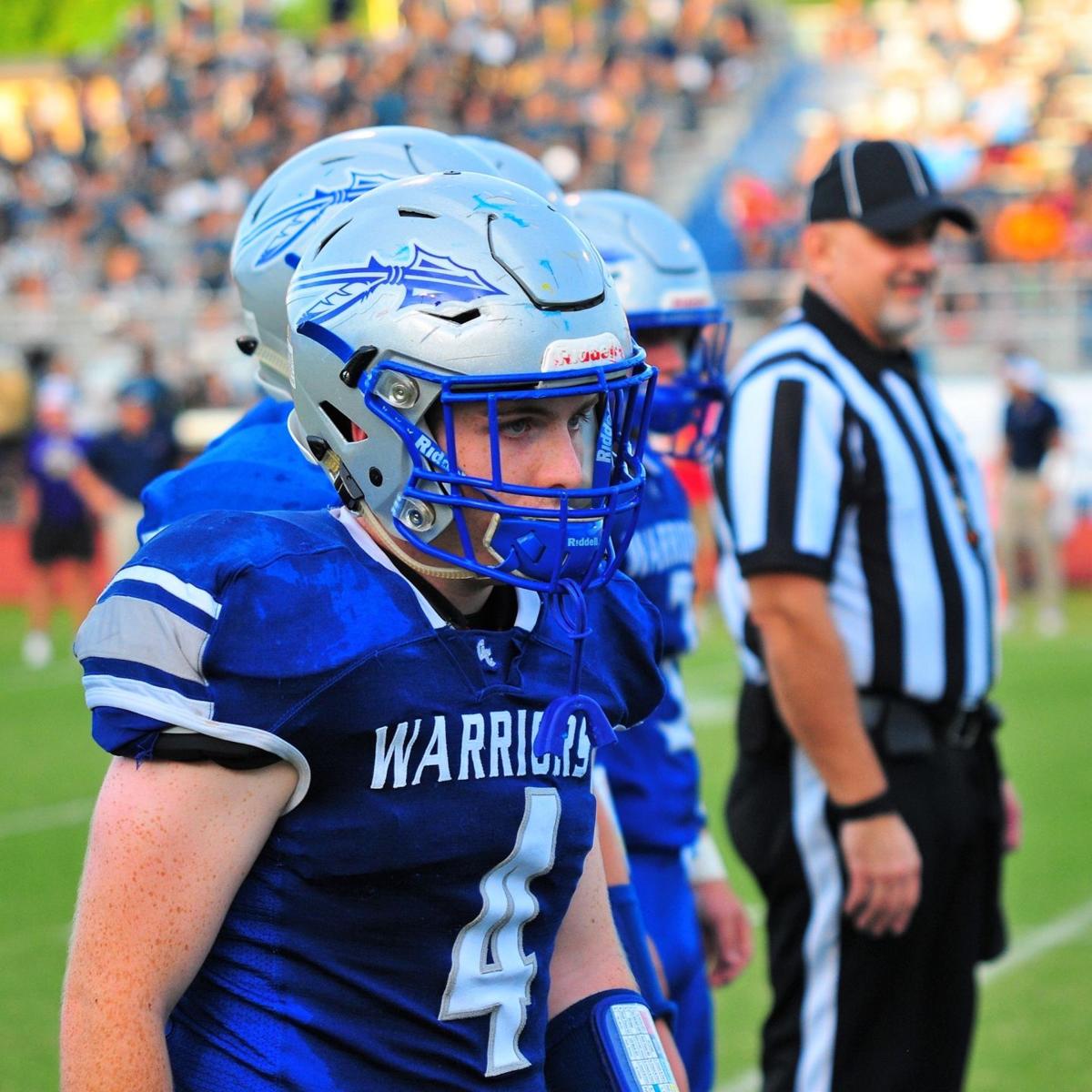 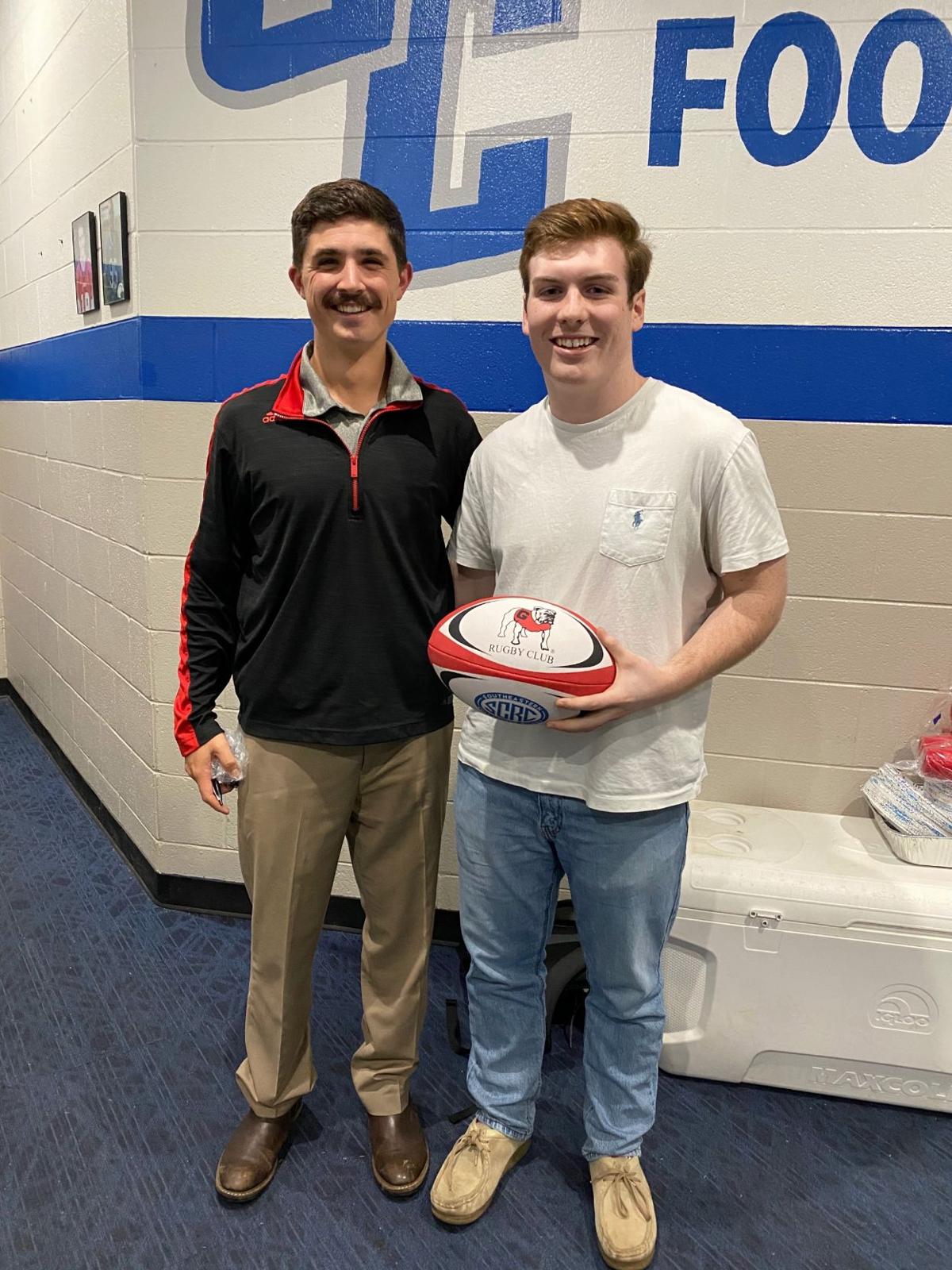 John Rainwater has signed on to play rugby for the University of Georgia.

Gordon Central High School athlete John Rainwater will be trading in his blue jersey and shoulder pads this fall for a red and black uniform that offers less protection after signing on to play rugby at the University of Georgia.

Rainwater, a four-year starter on the football team and a stalwart defender on the soccer team at GCHS, said he has never played rugby before, but after earning the opportunity to play for the Bulldogs he jumped right into the research.

“I’ve learned basically as much as you can without actually playing. Rugby is sort of a combination of soccer and football, which is perfect for me,” he said this week.

Rainwater said he was approached by UGA rugby Coach Cameron DiLoreto back in October of last year, and once he was accepted at the school they reconnected. DiLoreto had scouted Rainwater’s play on the football field.

The two-sport athlete said he is looking forward to heading to Athens not only to major in environmental engineering but to also tackle a new sport.

“I feel great about it! It’s gonna be tough transition going from a school of around 800 to 30,000, but I’m looking forward to it,” he said. “A little nervous, I’ll be honest, but excited about the opportunity. Rugby is one of the oldest sports at UGA, and I’m thrilled I’ll be representing the Dawgs.”

Rainwater has been a jack of all trades on the football field during his years at GCHS, mostly playing linebacker and running back, but he’s also filled in on both the offensive and defensive lines, at quarterback, punter, wide receiver and kicker. On the soccer pitch, he’s played all over the defensive side of the field, including a stint as keeper.

“I’ve known (Rainwater) since he was about 4 years old. He was running around on the football field once I became a high-schooler back in the early 2000s. He has grown into an amazing young man who can achieve whatever he sets he mind to,” said Hamilton. “I was honored to be able to be his head football coach his senior year. The sky is the limit for this young man. I am excited to see what the future holds for him.”

Rainwater said that most people don’t realize that he’s basically spent his entire life around Gordon Central. His parents began working there when he was only 8 months old, and he’s grown up in the Wee Warriors day care program, attending prep rallies, sporting events and spending time in his folks’ classrooms.

“I’ve been a Warrior all of my life. I’ll miss the camaraderie between students and staff. We’re definitely a family, and the memories we made will last for a lifetime. I’ll miss the atmosphere of high school sports, the teachers and the friends I’ve made along the way. However, most of all, I’m going to miss spending time with my parents and the teachers that have taken care of me and loved me since before I could walk,” he said.

While the ongoing COVID-19 pandemic has ushered in an early end to his high school career, Rainwater is ready to turn his sights toward college.

“I’m looking forward to the next chapter of my life,” he said, “And seeing where my major and rugby will take me.”