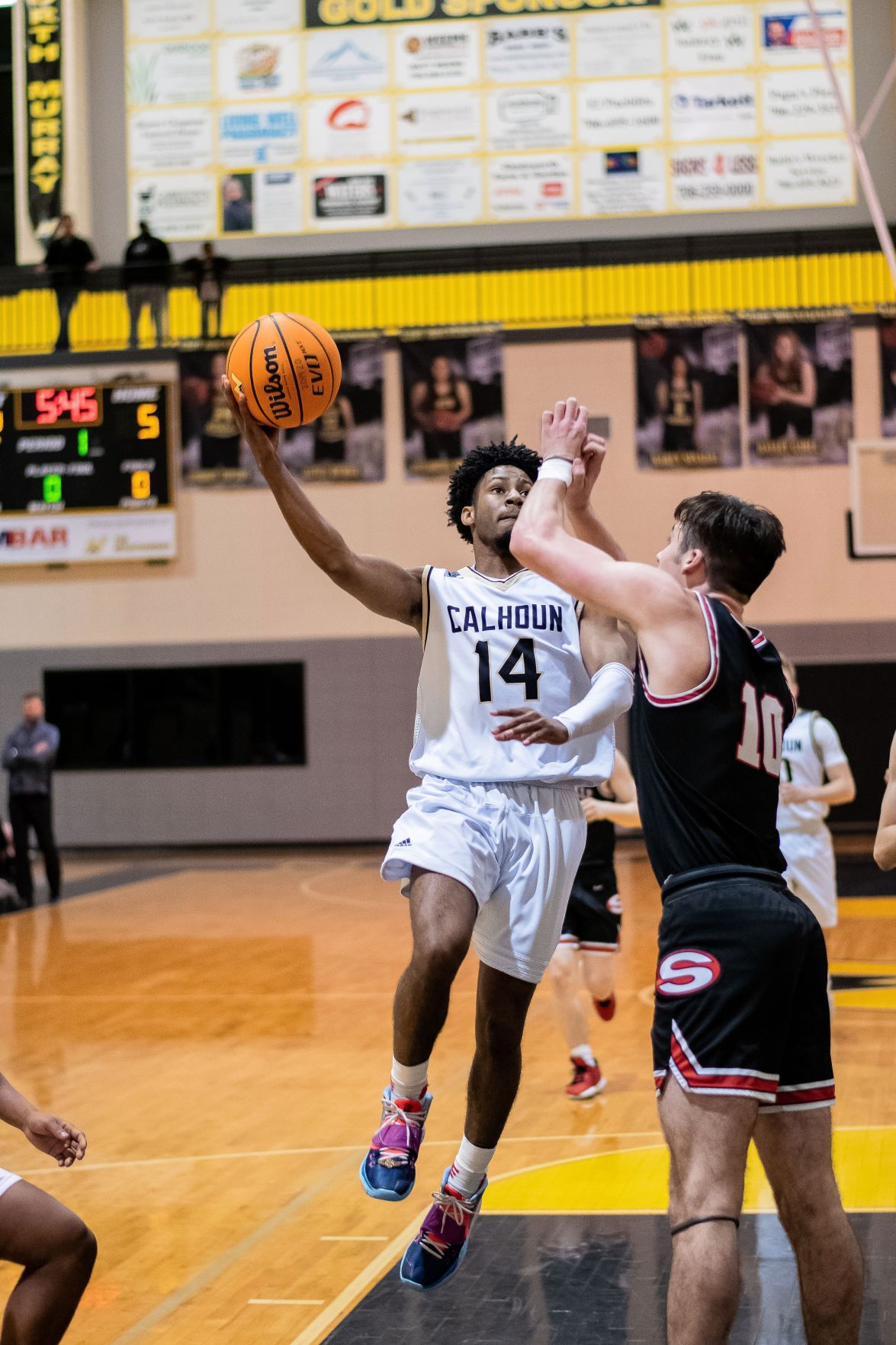 Calhoun senior Caleb Boone drives to the basket against the Sonoraville Phoenix in a region tournament game at Mountaineer Arena on Thursday, Feb. 6. 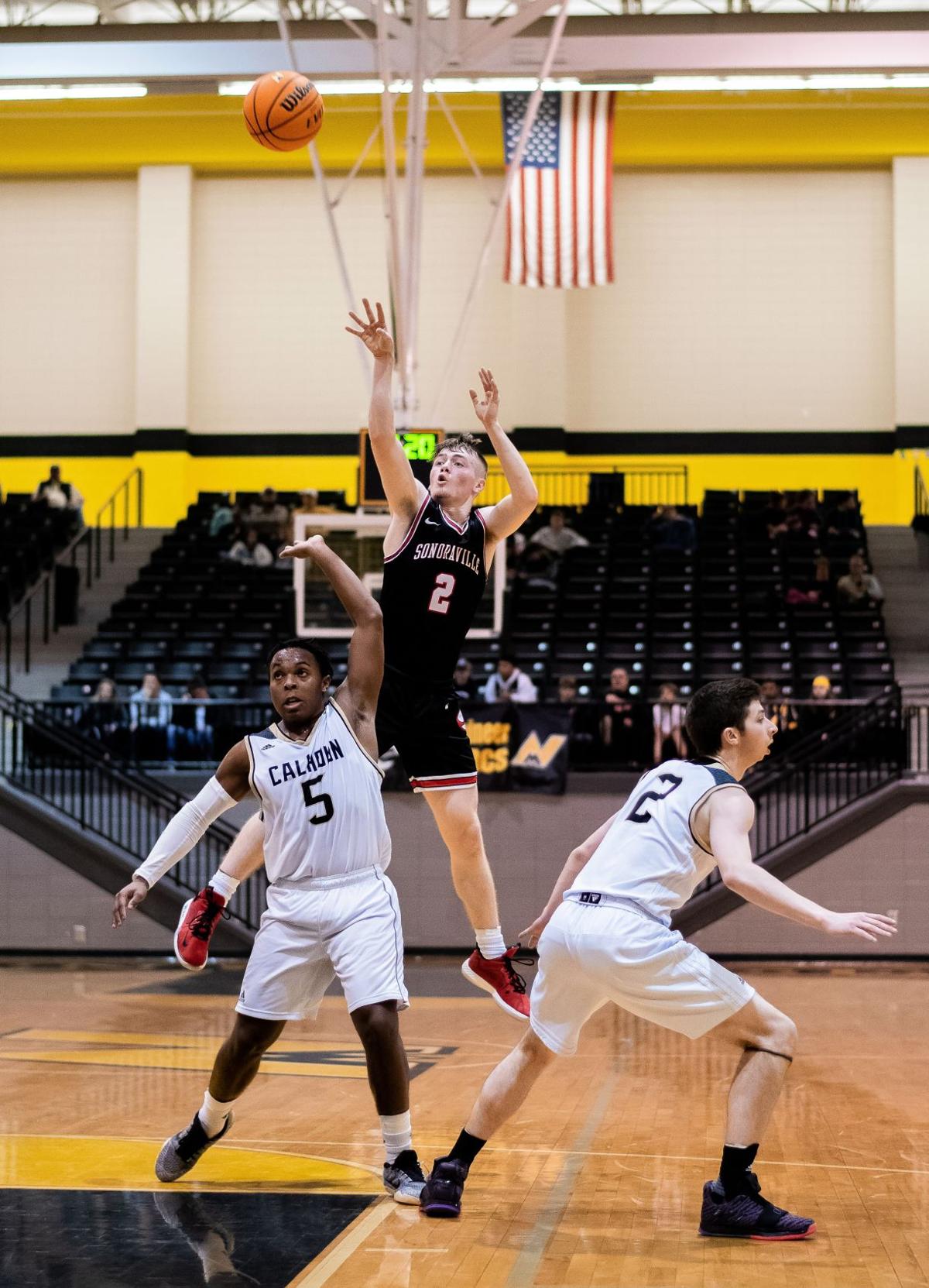 Sonoraville junior Orry Darnell attempts a shot against the Calhoun Yellow Jackets in a region tournament game at Mountaineer Arena on Thursday, Feb. 6. 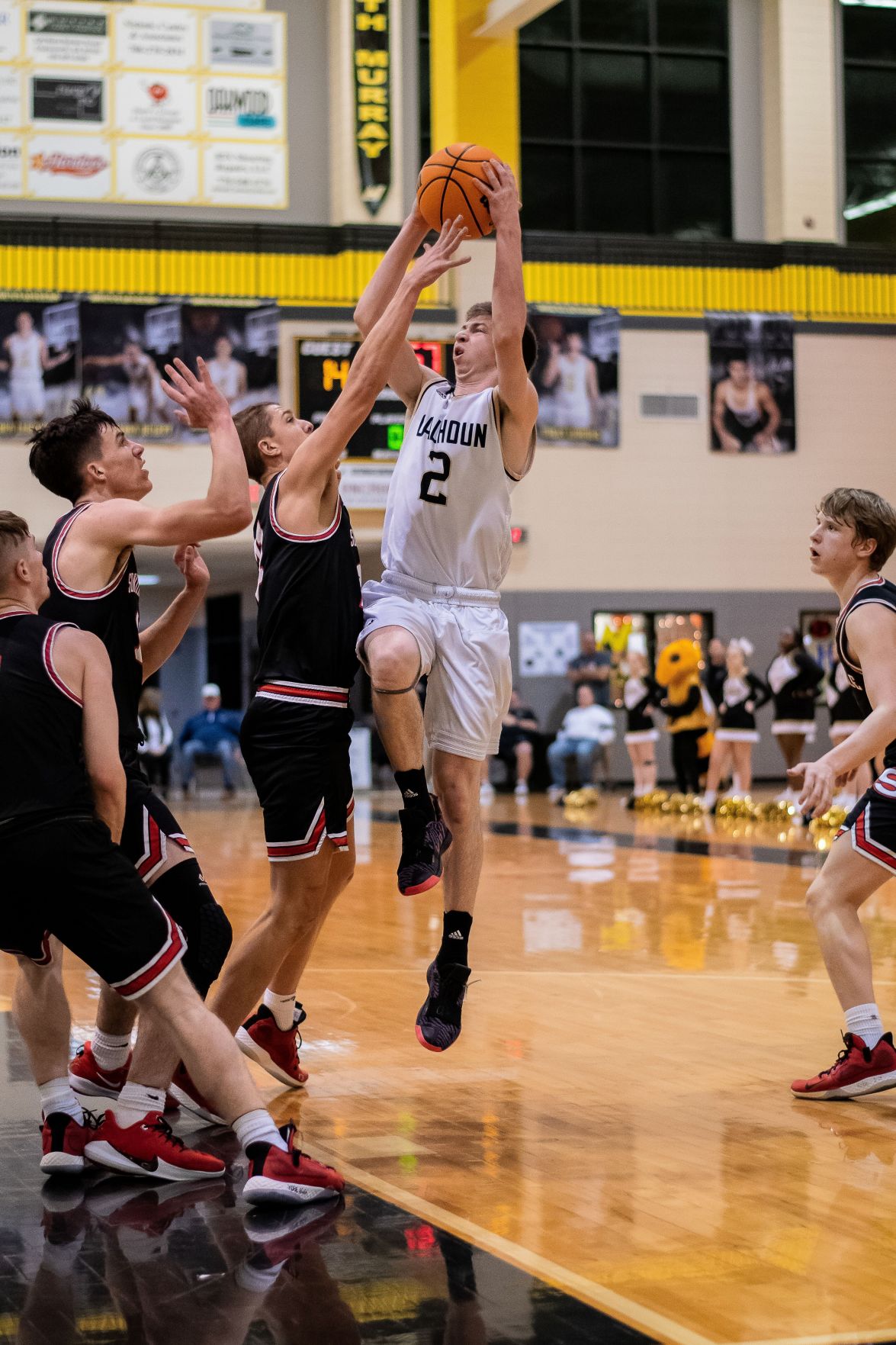 Calhoun senior Gage Maffetone fights for a shot against the Sonoraville defense in a region tournament game at Mountaineer Arena on Thursday, Feb. 6.

Calhoun senior Caleb Boone drives to the basket against the Sonoraville Phoenix in a region tournament game at Mountaineer Arena on Thursday, Feb. 6.

Sonoraville junior Orry Darnell attempts a shot against the Calhoun Yellow Jackets in a region tournament game at Mountaineer Arena on Thursday, Feb. 6.

Calhoun senior Gage Maffetone fights for a shot against the Sonoraville defense in a region tournament game at Mountaineer Arena on Thursday, Feb. 6.

When the Jackets and Phoenix meet on any athletic surface, it’s sure to be a fight to the end. That’s exactly what varsity basketball fans received Thursday as the Yellow Jackets advanced to the Region 6-AAA semifinal with a 61-52 victory over cross-town rival Sonoraville.

“I was very happy with our defensive effort tonight and we closed the game out the way you’re supposed to close them out,” Yellow Jackets head coach Vince Layson said. “(Sonoraville’s) a good bunch over there. Coach Mashburn does a really good job with that team.”

“I thought our kids played their butts off,” Phoenix head coach Brent Mashburn said. “Probably needed to make another shot or two at some point along the line, but I thought we competed, I thought we executed what we were trying to do and unfortunately (we) came up a little bit short.”

Layson said Calhoun’s depth proved to be a factor in the outcome.

Through three quarters, neither team had been able to sustain a lengthy run, and the Yellow Jackets held a slight 36-34 edge.

“One thing I thought we did a really good job of was making our free throws,” Layson said. “We made those when we had to and pretty much put a cap on the game.”

Layson said Faulkner started the season on the junior varsity squad. From there, he would earn playing time, and in a win-or-go-home region quarterfinal, his first appearance in the starting five.

“With your season on the line, whether or not you’re done after this game or you move on to the playoffs I think should speak volumes for the confidence I have in him,” Layson said. “He’s a very intelligent kid. He picks up on thing quick and he’s not a bad basketball player.”

“I hope it leaves you with a good feeling and I hope it also leaves you with a little motivation to get over the hump and get a little better and be able to do what it’s going to take to win one like tonight,” Mashburn said on his returners coming back. “The way they battle and compete and play, you walk out of here with your head up. You try to get it right and come back and be better the next time.”

For the Jackets, they have assured themselves of at least fourth place in Region 6-AAA with a guarantee of play beyond the region tournament.

“I congratulated them on making it to the state playoffs, but we want to keep going onward and upward,” Layson said. “We shouldn’t be just satisfied with making the playoffs.”

For Sonoraville seniors John Lister, Blade Bryant and Loren Hiles, their varsity careers have come to an end.

“I love them to death,” Mashburn said. “I think they compete and play harder than any group I’ve had the privilege of coaching. It’s kind of like life, it doesn’t always work out like it should, .. but they continued to fight and play their butts off ... and I’m going to miss doing it tomorrow.”

A 17-year-old boy from Georgia has died from coronavirus

The Latest: Czech coal mine stops work after outbreak

1st deadlines for laid-off workers to get health insurance