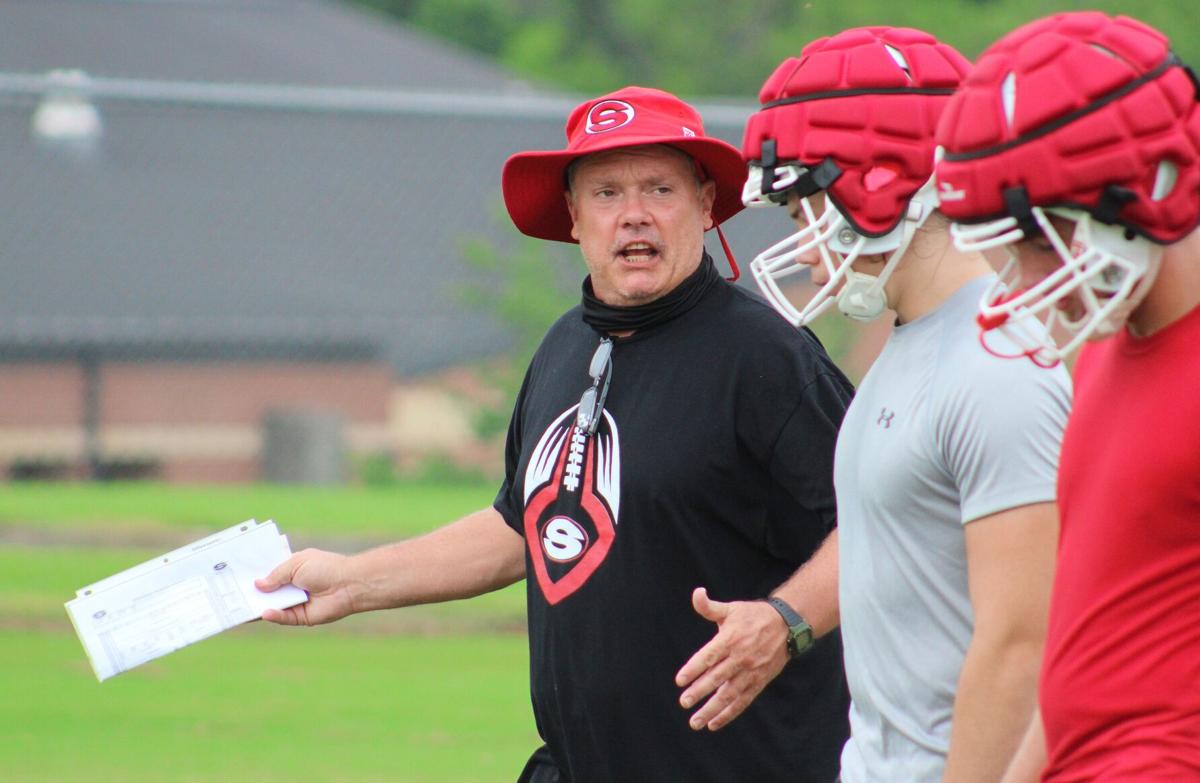 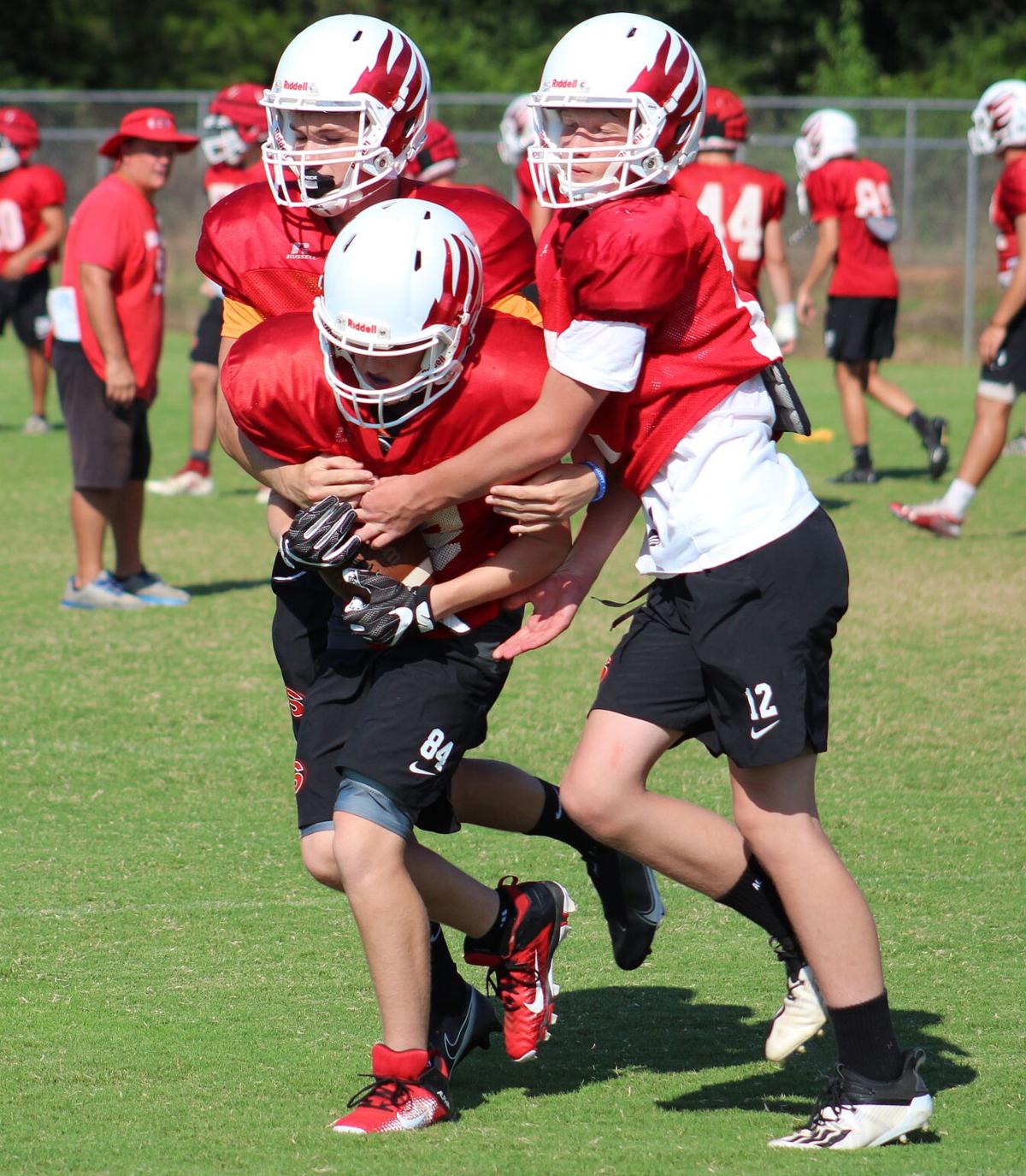 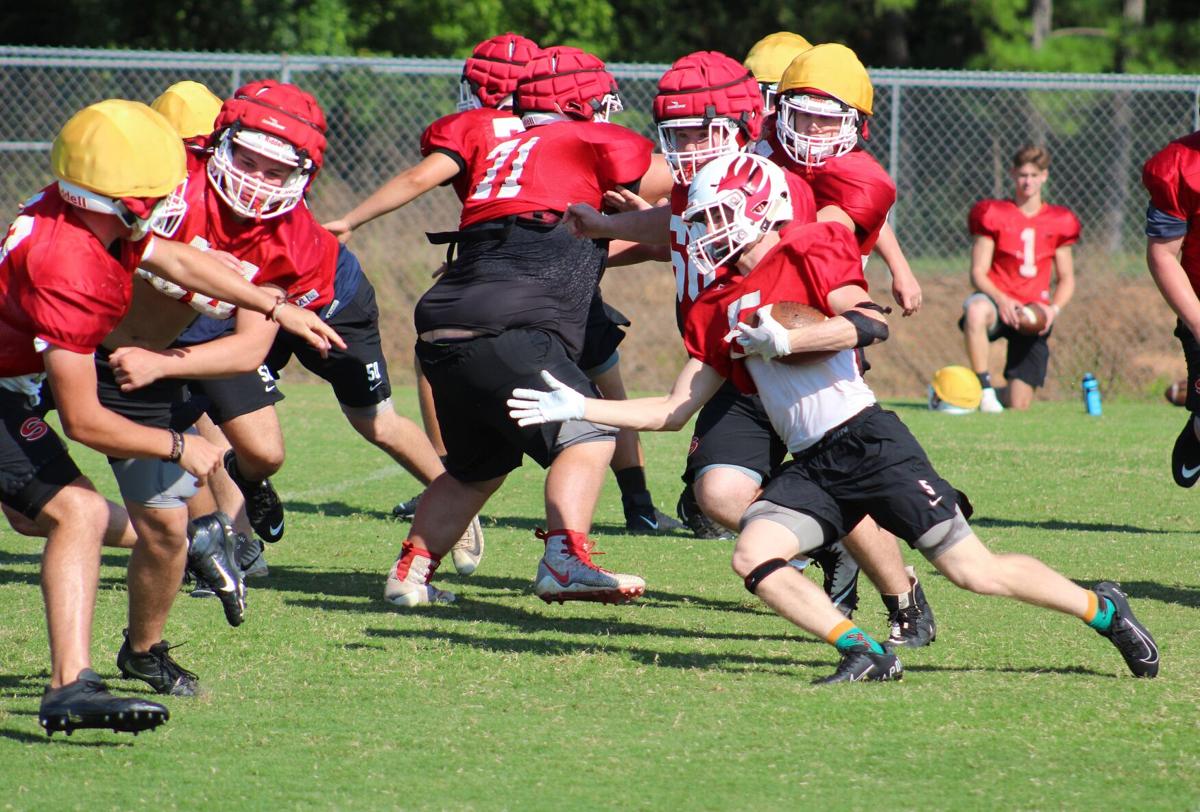 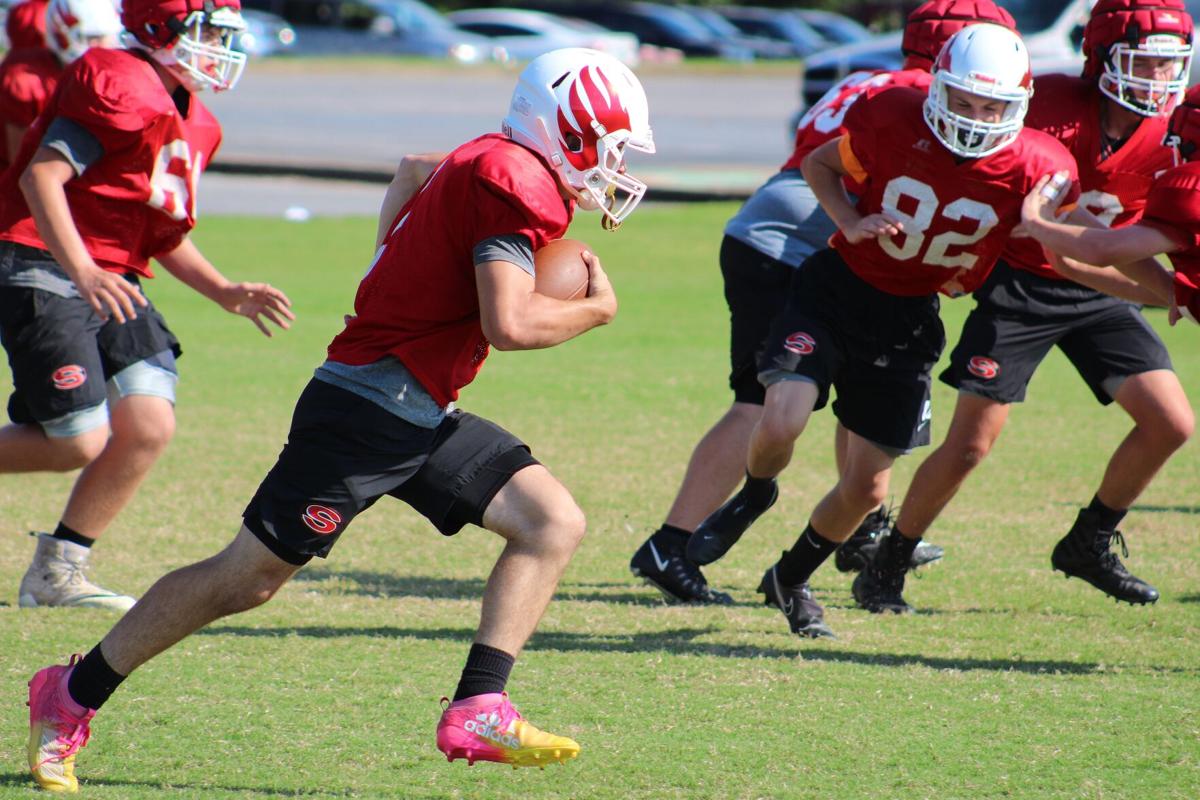 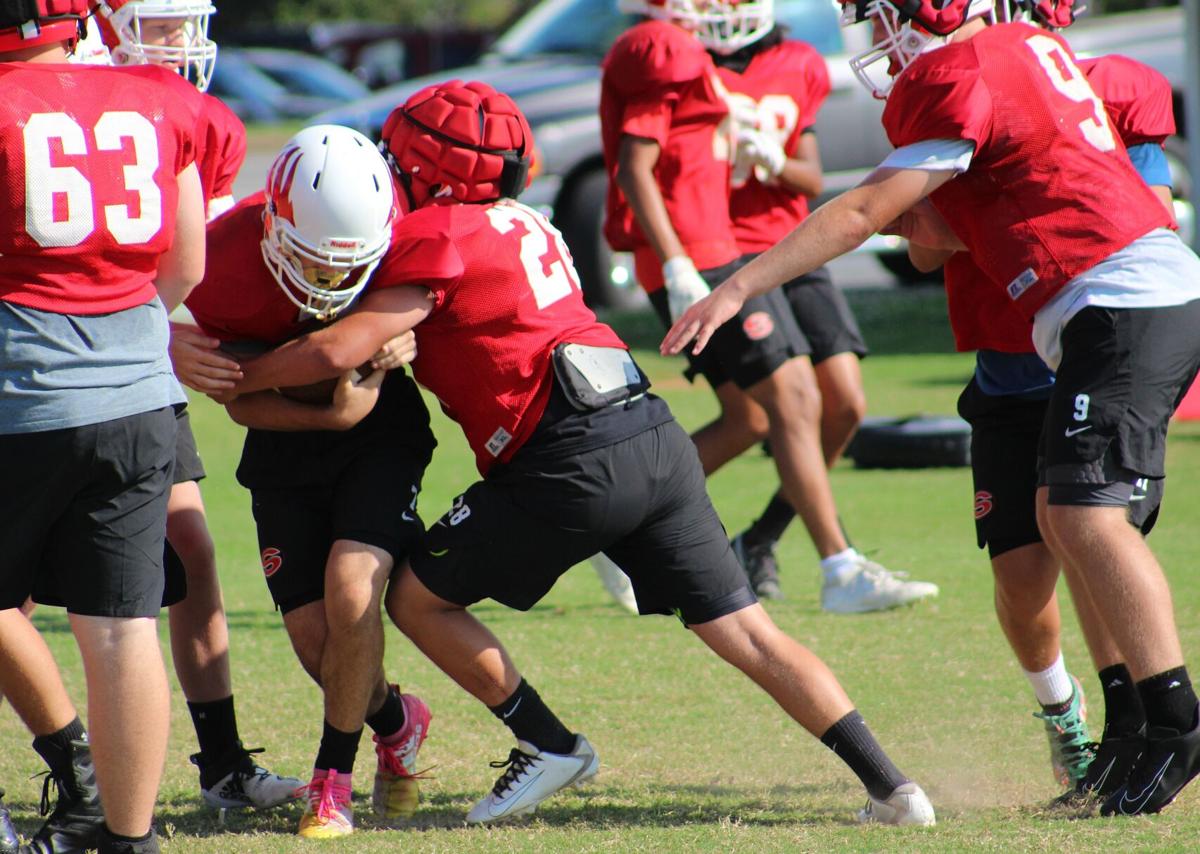 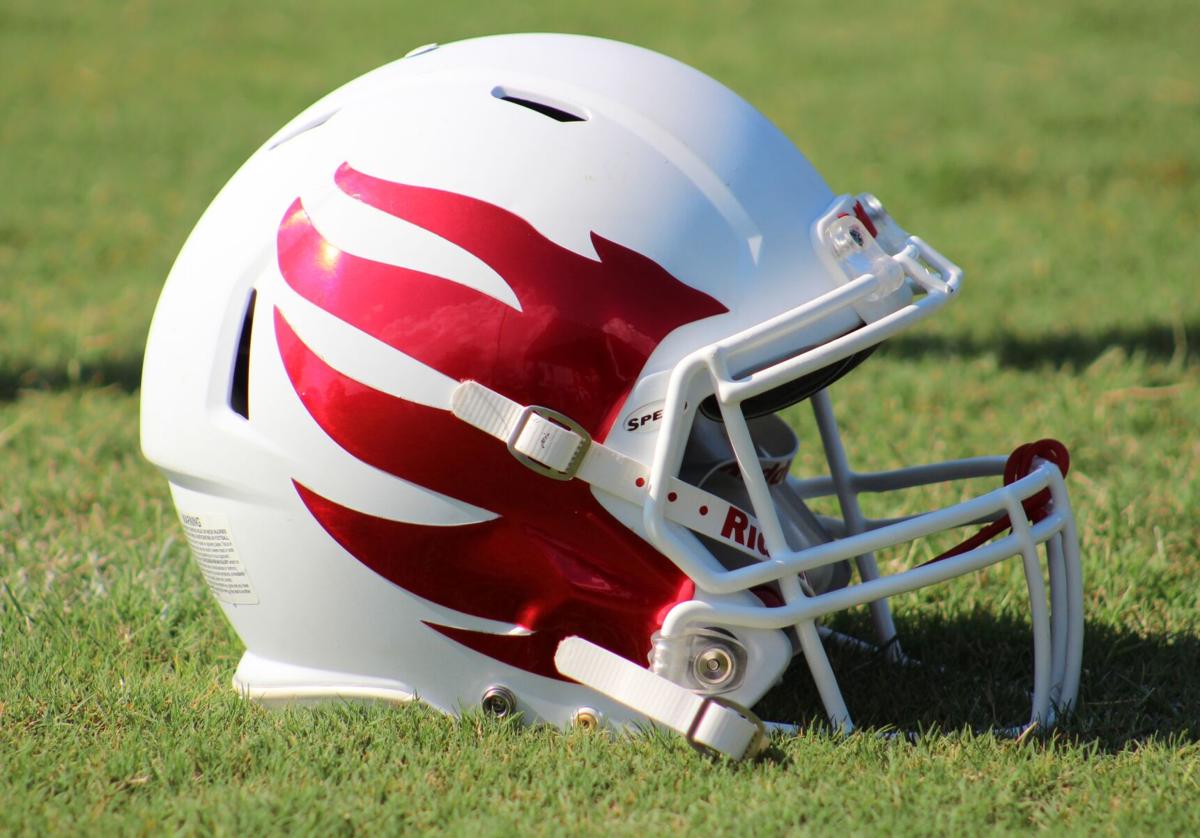 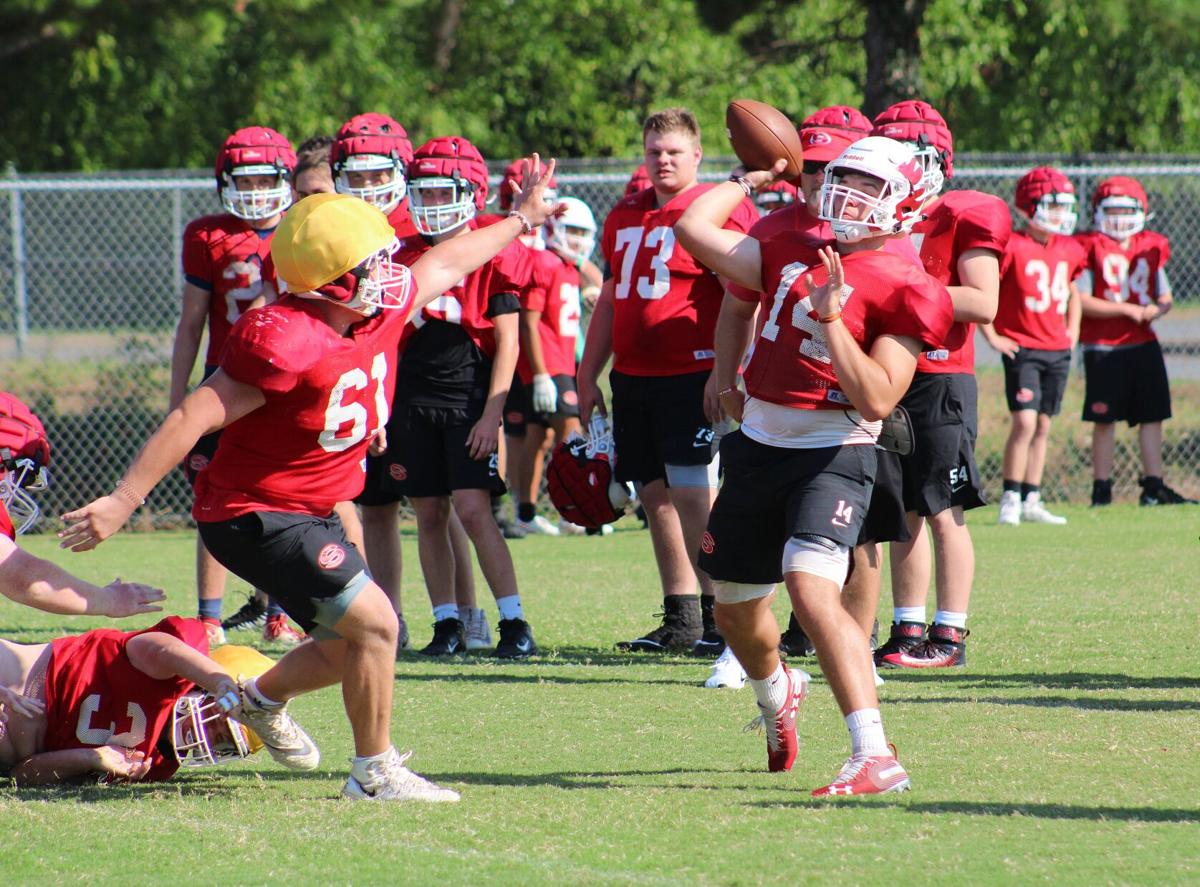 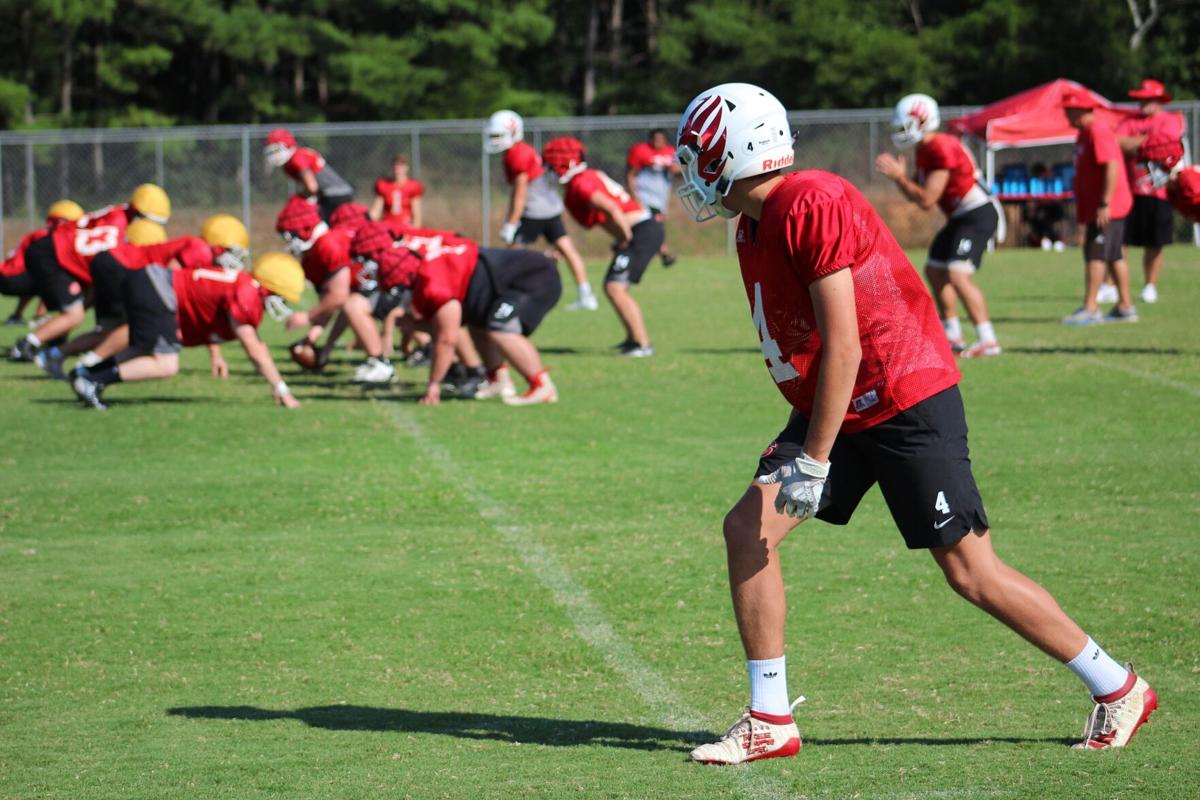 It is impossible to miss the two simple words plastered on a prominent wall in the football facilities at Sonoraville High School – Outwork Everybody. These two words are not only the Phoenix’ team moto for 2020 but also a call to action. Sonoraville head coach Denver Pate coined the phrase this offseason.

“Outwork everybody. We put that up a couple of weeks ago,” Pate said. “We’re never going to be probably the biggest, fastest or strongest in this region, but with our effort and being able to outwork folks, it gives us a fighting chance.”

In 2019, the Phoenix went 5-5 in the regular season and lost in the first round of the playoffs to Jefferson. Despite reaching their team goal of making the postseason in 2019, Pate is not satisfied and wants more in 2020.

“It’s (our expectation is) always to get better each year,” Pate said. “We got into the playoffs last year. I thought we played good for three quarters against Jefferson. I don’t think the score indicated how the game actually was. It’s always to get better, but now, it’s to host a playoff game and get to that second round and above. We talk about that. It’s not just to be average and just get in and be a playoff team, and that’s good enough.”

With senior quarterback Brady Lackey back for his second season at Sonoraville, Pate hopes the team can do just that. Lackey has grown over this offseason and will be the focal point of the offense this fall.

“I think the show we’ll run through Brady (Lackey),” Pate said. “We’re putting a little bit more on his shoulders because we think he can handle a little bit more being in his second year in this offense. (We’re) just putting our trust and confidence in him, so a lot will be demanded of him.”

Despite the loss of some key players in Mr. Do-It-All Blade Bryant and inside linebacker Colton Richards, as well as a lot of experience on both sides of the ball, younger talent has emerged to take their place, and some key guys return in addition to Lackey.

“On the perimeter, having Brant Bryant back as a sophomore (is good),” Pate said. “He’s gotten stronger this offseason, so we’re looking for him to have a big year. He’s going to have to contribute on both sides of the football for us. Just having some lineman back helps. Joseph Bryan, Jaxx Knight, Brenden Miller – having some of those guys back up front will help offensively. Defensively, we lost a good bit. We lost the whole shell of our defense and our linebackers. Davin O’Neal, our outside linebacker, who had 70+ tackles for us last year, is back along with a sophomore that started at the end of 2019 in Dawson Young.”

One of the younger talented players that Pate is high on is sophomore running back Zach Lyles. Pate sees Lyles is looking forward to seeing what Lyles does this fall.

“The starting running back right now will be Zach Lyles,” Pate said. “He’s a sophomore, but he has good vision and good speed. He’s a baseball kid, so he’s an athletic kid back there. Right now, he’ll be our starter. We’ll rotate some guys in there whether it be Colton Whitehead or Davin O’Neal.”

While summer conditioning and the offseason have been different than any other year, Pate has liked what he has seen from his team and the experience his younger players have had. The Phoenix will be kicking off the regular season at home versus Model. The biggest improvement Pate wants to see from his team from 2019 to 2020 is in execution.

“I’d like to see better execution in all phases,” Pate said. “We lost a couple of games (in 2019), whether it be on a long snap or a missed field goal. We lost to LFO by one – missed the extra point. On defense, it’s just making sure we make the sure tackle, and that he (the opponent) is not getting a lot of yards after carry. Offensively, it’s just executing our assignments. We’re getting our ten guys on their ten guys normally. For our receivers, I want to see them blocking better downfield where we can have these explosive plays.”

While Pate is undoubtedly excited about seeing what his team can do this fall, he feels the most happiness for his seniors getting to play another year and further impress colleges.

“It’s all about these seniors,” Pate said. “If you look back in March and everything, it looked bleak. It didn’t look like anything was going to come of it. (It’s) for these seniors to be able to get on the field one more time and to have a senior season.”

The Latest: Trump boasts about how many court picks he's had