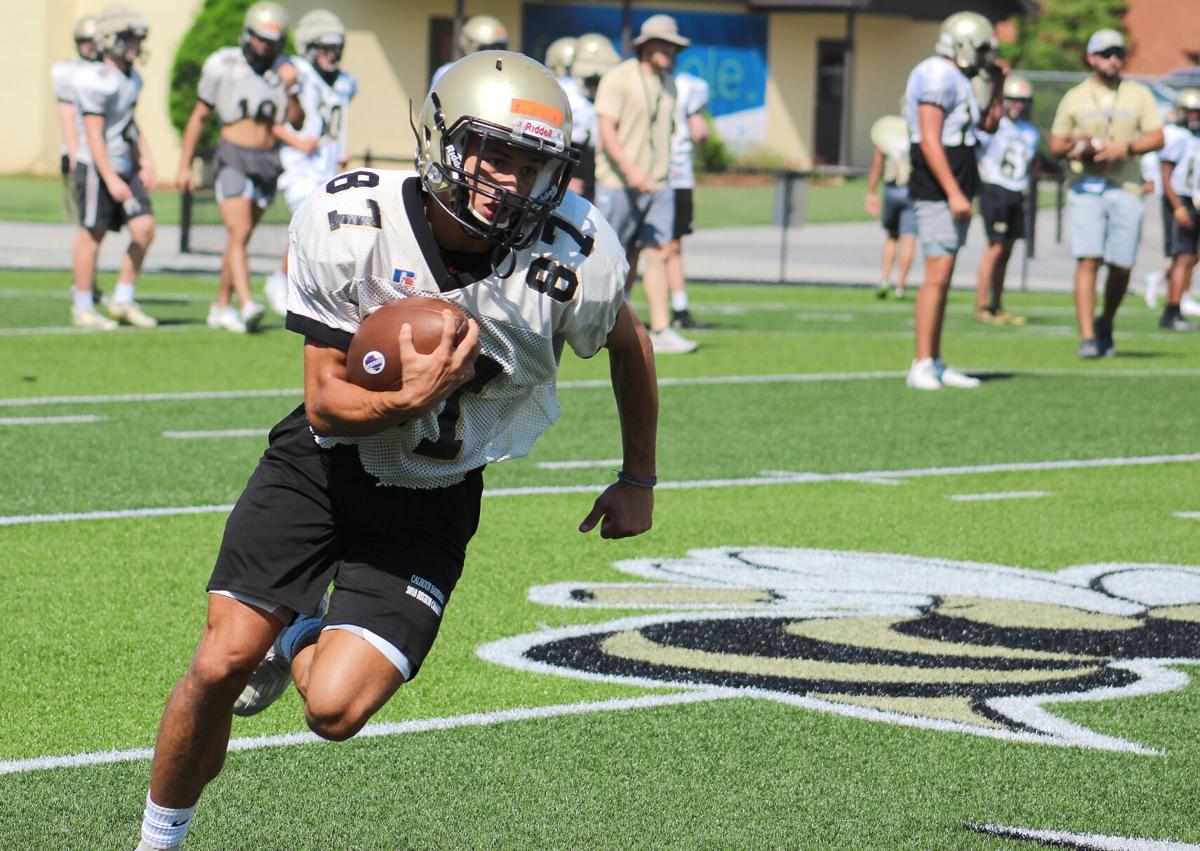 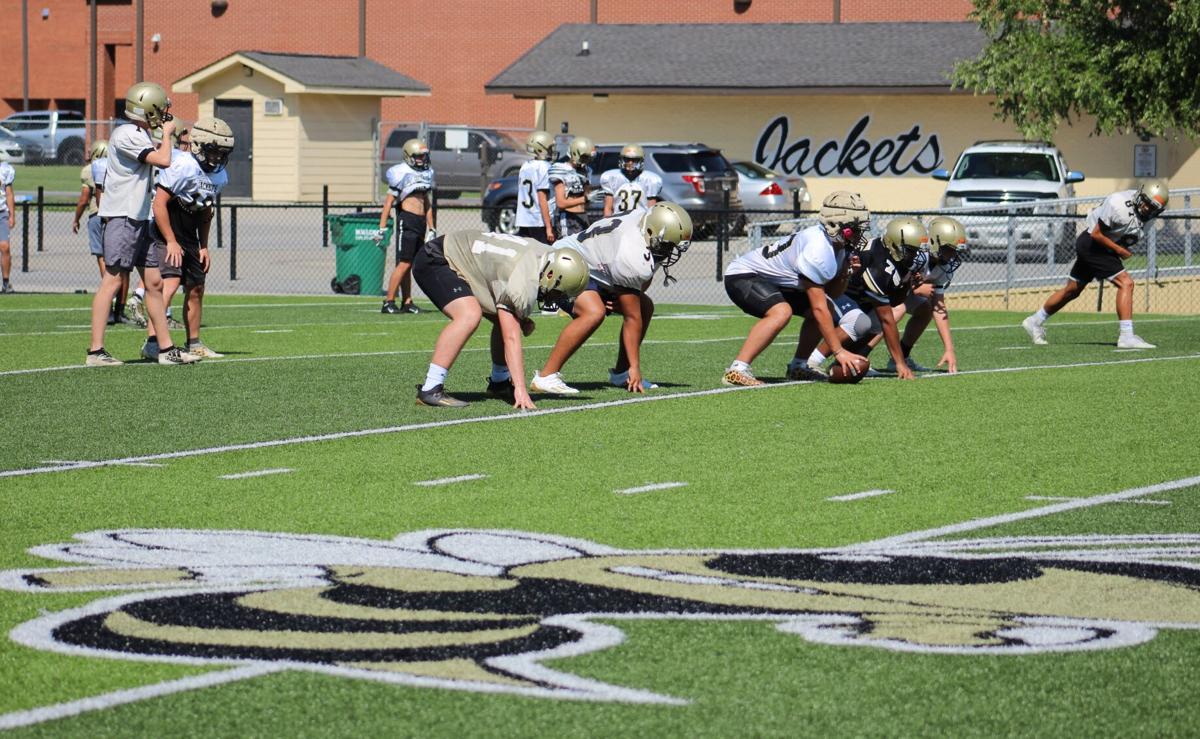 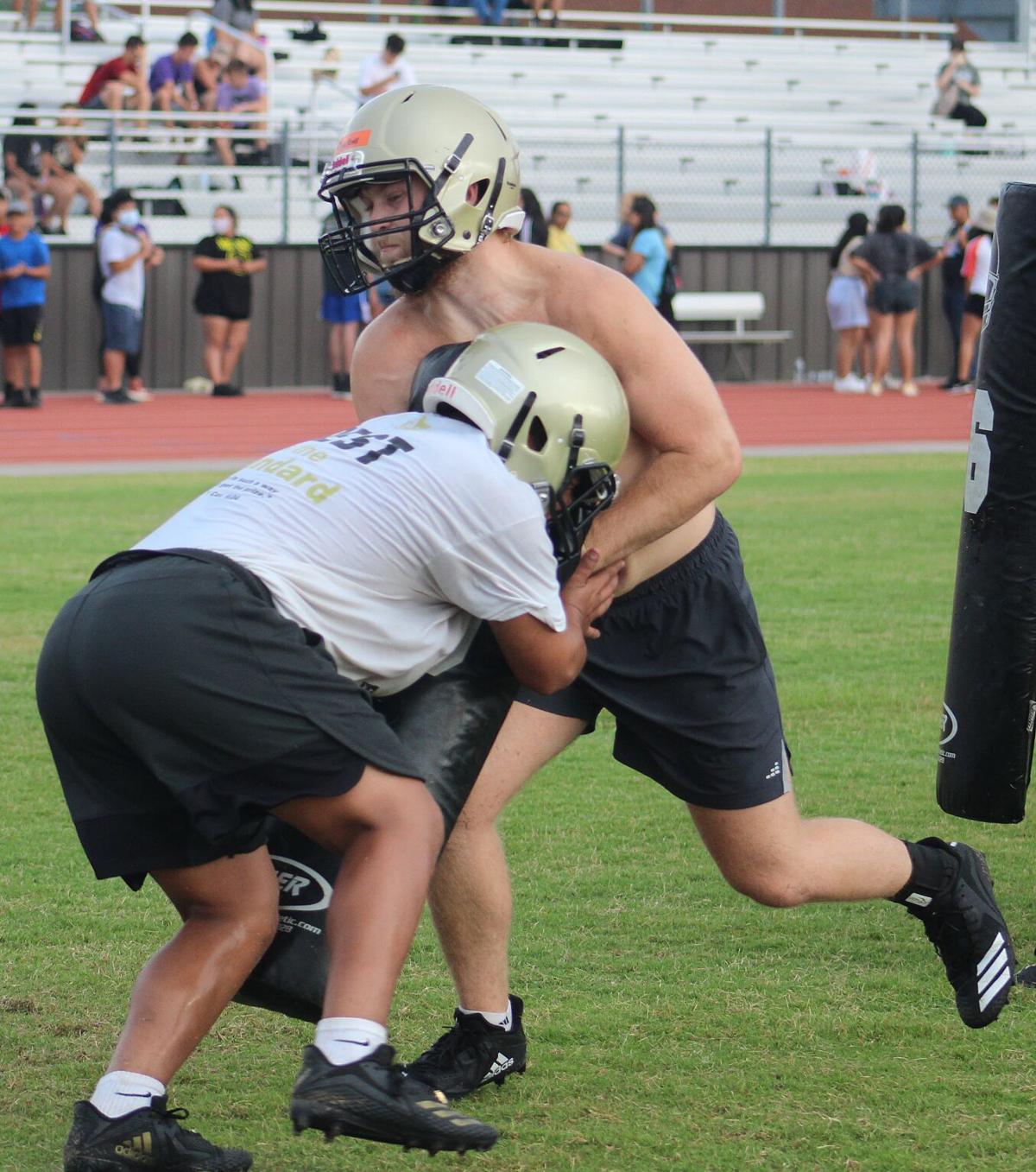 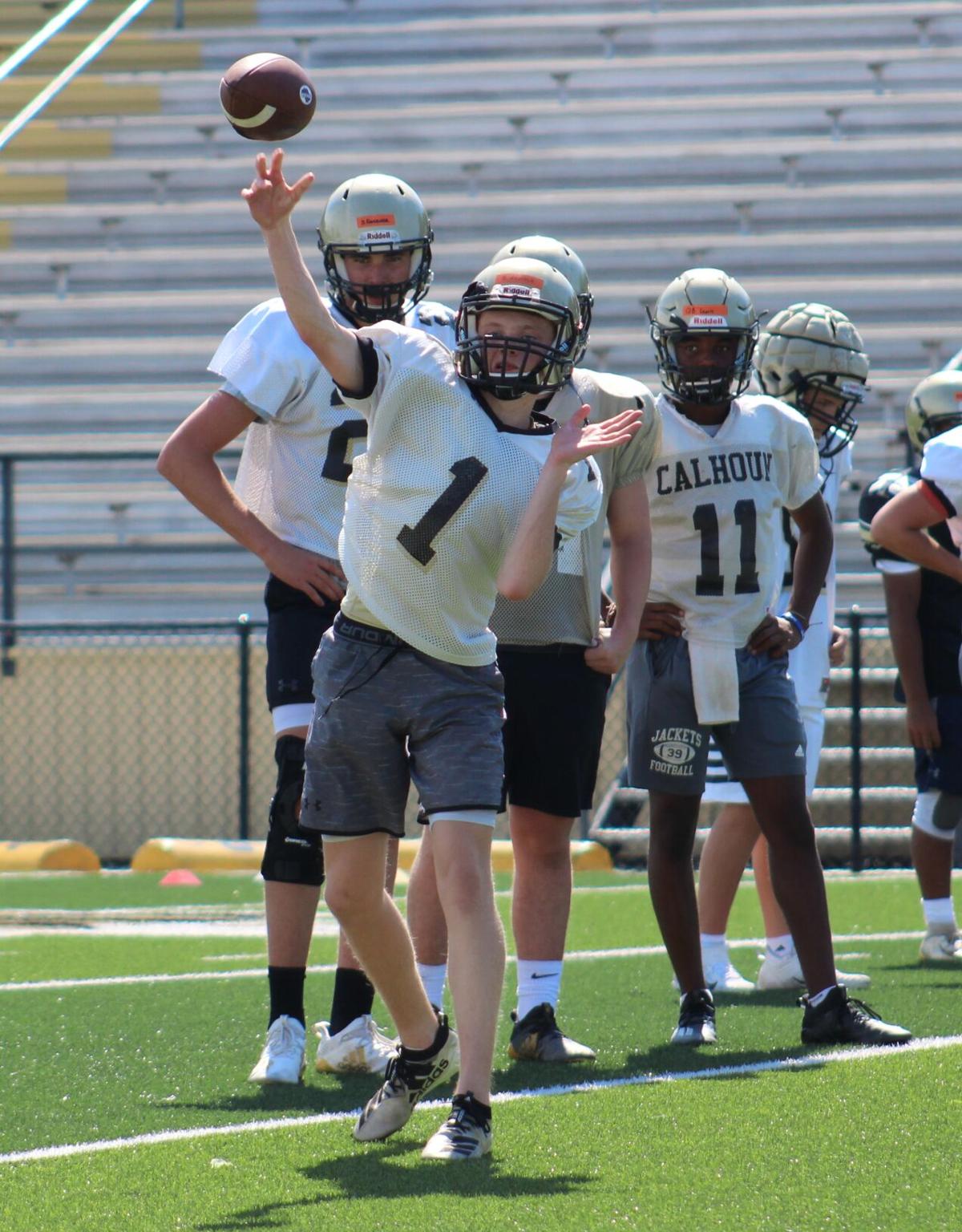 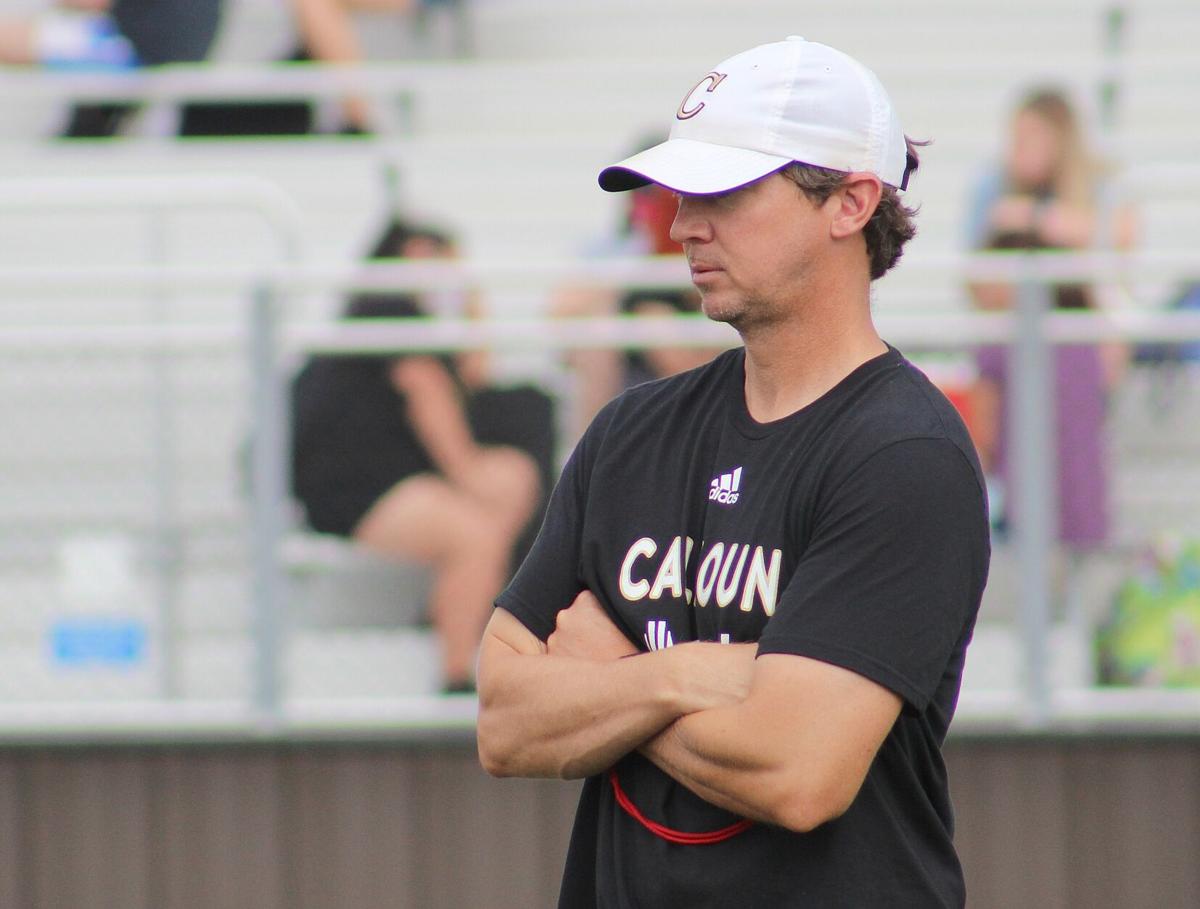 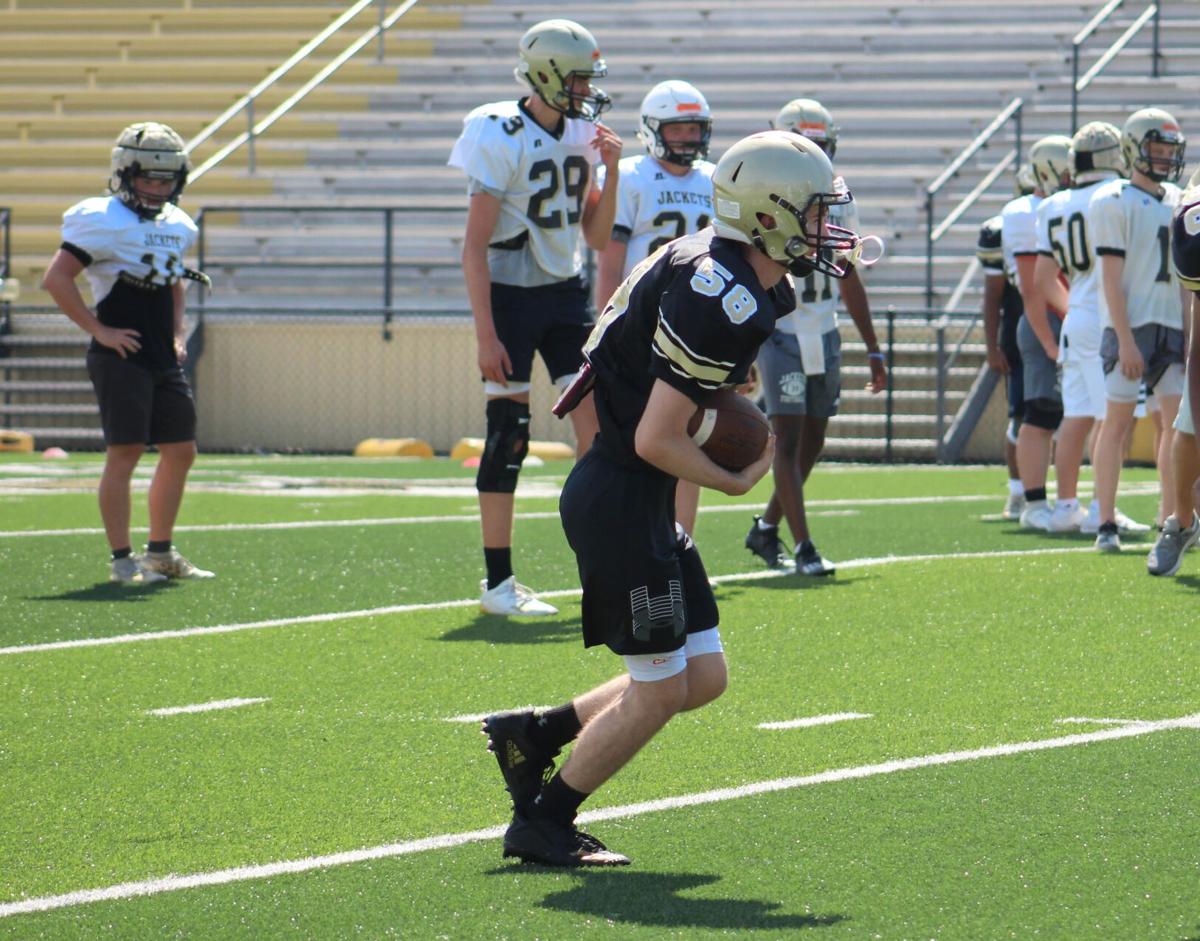 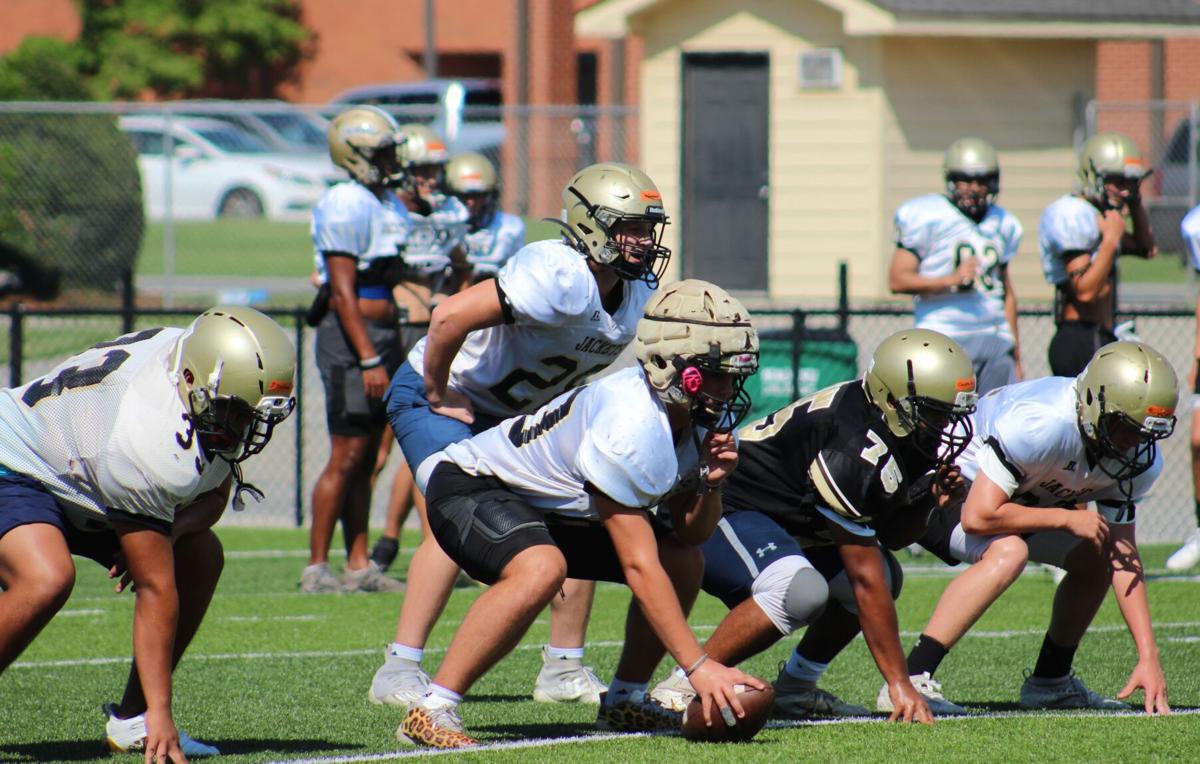 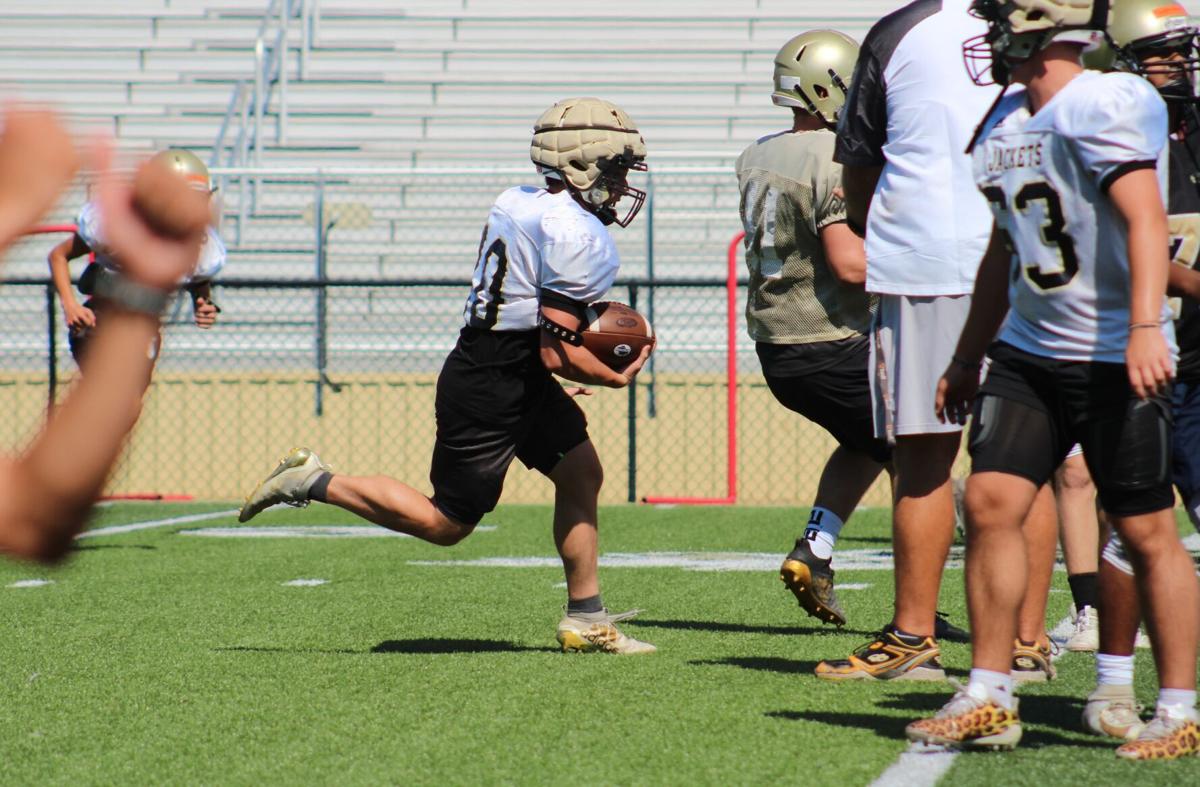 “United.” That is the one-word answer Calhoun head coach Clay Stephenson gave when asked about his team’s motto for the 2020 season.

“I can go a bunch of different ways as to why we went there, but to me, football and sports, in general, bring everyone together,” Stephenson said. “If we can show we’re united as a team, hopefully that will spill out into our schools and spill out in our community.”

So far, 2020 has been a wild year for everyone, and high school football coaches and teams are not immune to it. While Stephenson has been constantly preaching a message of unity to his team this offseason during multiple sit-downs on the things happening in society, he has also had to deal with the changes and speculation surrounding the 2020 season.

Everything has been different this offseason. Summer conditioning ended several weeks ago. Fall camp started on July 27, practice with pads started on Aug. 3 and the regular season got moved back two weeks by the GHSA due to COVID-19 concerns. Stephenson shared his thoughts on how his team has responded.

“It was a lot different this year,” Stephenson said. “It’s been kind of a work in progress, but I feel like the kids have really jumped right in and adjusted really well to the different circumstances we’ve had this year.”

The challenges of this offseason have been exacerbated by the fact that the Yellow Jackets lose a ton of starters on both sides of the ball and lose both their starting punter and kicker to graduation. Calhoun returns a mere three starters on offense (left guard Kendrick Kirby, running back Jerrian Hames and wide receiver Will Seamons) and four starters on defense (defensive linemen Carson Griffin and Brett Garland, free safety Jake Prather and Seamons at cornerback as well).

Navigating the ever-changing guidelines of the GHSA and finding team leaders in a shorter period has been quite a challenge for Stephenson and his coaching staff.

“The biggest challenge so far has been 2020 the year with everything going on,” Stephenson said. “We’ve also had some schedule changes and had to keep up with different kinds of guidelines on the administrative end. Team-wise – it is about getting that learning curve for those leaders sped up a bit, so we don’t have to wait until midseason for this team to get their wheels under them. Normally, we develop our leaders between January and May, but this year, it’s been a little different because of the quarantine. Hopefully, we’ll have those leaders step up due to these two extra weeks of practice.”

Arguably, the biggest boon for the Jackets is the return of star running back Jerrian Hames, who earned all-state honors and rushed for 1,544 yards and 23 touchdowns on 215 carries in 2019. Stephenson smiled when talking about the return of Hames.

“Jerrian is a playmaker,” Stephenson said. “He sees the holes really well and is hard to tackle in space. He is working really hard with the offensive line and they will be ready to go Sept. 4.”

Hames will be heavily relied on in this season of so many uncertainties and changes. His return is critical for an offense that has to break in a new starting quarterback after the graduation of Jake Morrow. Christian Lewis, Jake Prather and Owen Goble are all sharing reps at the position, but two are standing out.

“We’ve got two quarterbacks that are battling it out – Christian Lewis and Jake Prather,” Stephenson said. “Those are the two guys that are at the forefront for the job.”

Stephenson hopes for the quarterback situation to grow much clearer over the next couple of weeks and for someone to separate himself from the trio, as the Jackets do not have the luxury of an easy start to the season. Calhoun has their work cut out for them this fall, as they will be a member of Region 7-AAAAA for the first time in 2020.

“It is definitely a unique situation this year for us, playing these teams we’ve never played before in a (new) region in AAAAA, but everybody is excited about it,” Stephenson said. “In the past, we’ve been able to look ahead a few weeks given the region we were in. This year it’s going to be a true 10 game season, where every seven days you got to start back over, reset and move on. I think it’s going to make everyone better.”

Despite all the changes Calhoun is facing and has already faced in 2020, the goals remain the same according to Stephenson.

“We always want to be better than we were the year before,” Stephenson said. “Obviously, we want to win our opening game every year, win a region championship and compete for a state championship. Those are kind of our goals and expectations that we’ve had around here for a long time.”