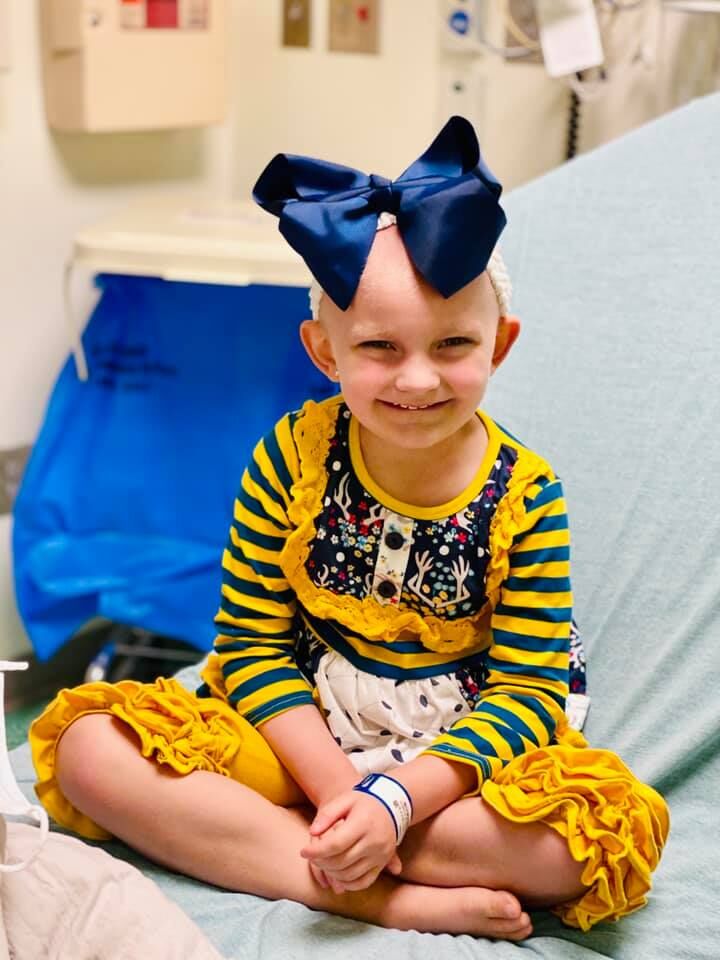 Kaisley Miller is about to embark on a year-long oral chemotherapy treatment doctors hope will cure her of alveolar rhabdomyosarcoma. 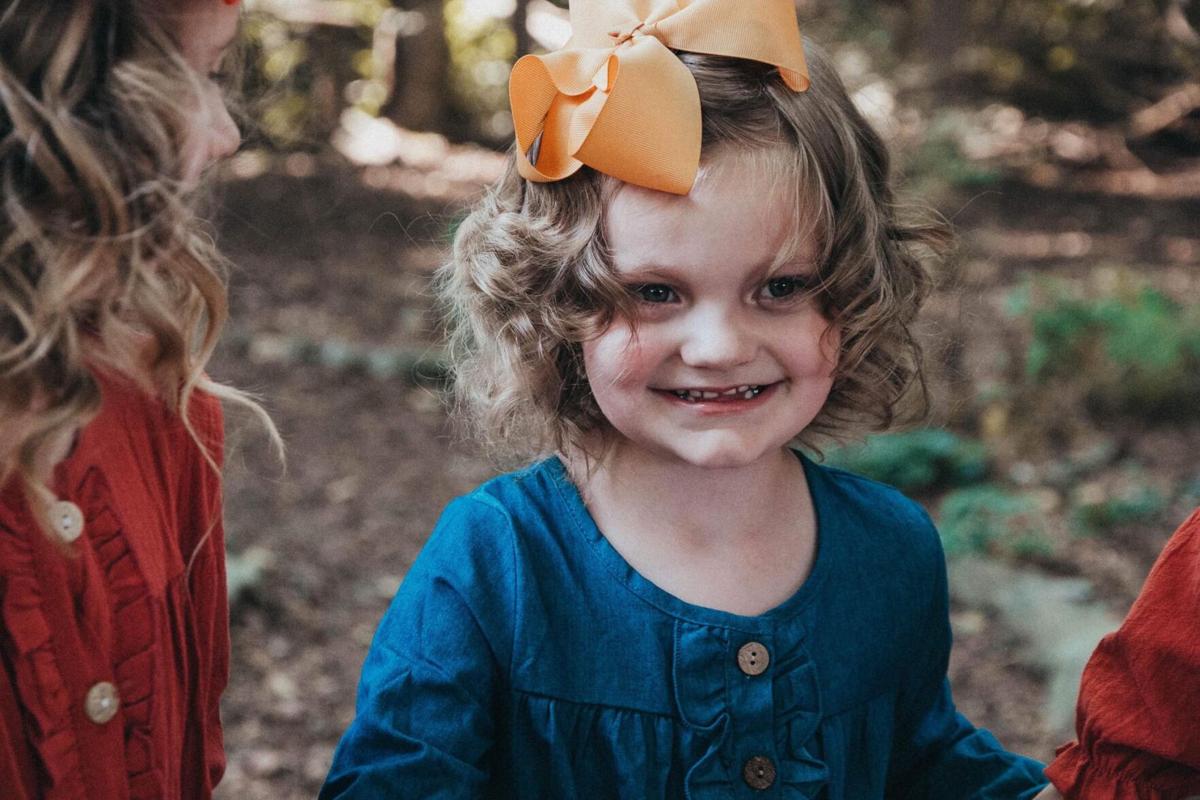 Kaisley Miller was diagnosed with cancer at just 2 years old. She is now entering yet another round of chemo at 5 years old.

Kaisley Miller is about to embark on a year-long oral chemotherapy treatment doctors hope will cure her of alveolar rhabdomyosarcoma.

Kaisley Miller was diagnosed with cancer at just 2 years old. She is now entering yet another round of chemo at 5 years old.

Kaisley Miller has been battling alveolar rhabdomyosarcoma, a type of soft tissue tumor related to the lining of the skeletal muscles, since she was 2 years old. She celebrated her fifth birthday in July by finishing up her last and hardest round of chemotherapy. Just less than a week ago, she started yet another round of oral chemo.

Her mother, Ashley Carroll, said her family will be leaning on God more than ever in the coming year while Kaisley takes this treatment. Doctors have warned that her counts will likely drop and that she will likely experience some sickness, but Carroll has seen it all before and knows that the lord will provide for her daughter if she continues to pray and have faith.

It is a difficult thing to do sometimes, something Carroll openly admits, but she says all it takes to find her conviction in times of doubt or fear is to remember what God has already done for her family and for Kaisley.

Kaisley had a port replaced last August through which she receives her chemo. It became infected and she ended up in PICU. She had two blood infections and another infection in her body. Doctors performed a lung biopsy, but her lungs were “filled with fungus” and, later on, her left lung collapsed. She had to have a chest tube and lost all ability to walk, move her arms, eat or talk.

“I was with her day and night in PICU from Sept. 30 until Oct. 20,” said Carroll. “She then turned the curve and we know it’s all because of God! He answered our prayers!”

A month later, Kaisley restarted her chemo. She remained at low counts and infections. She also became septic again. Watching this happen was hard on Carroll, who was splitting her time between her home in Gordon County and Children’s Healthcare of Atlanta — Scottish Rite Hospital.

“No one should have to do this alone. It’s very hard and stressful,” she said. “It was hard not being with my other two daughters and them being back at home, going to school not knowing if they would ever see their sister again.”

Also hard on families is the cost of procedures and treatments like the ones Kaisley needs, as well as multiple trips to and from Scottish Rites.

The oncologist in charge of Kaisley’s current care plan told Carroll that she is likely to get sick again in the same way as before but said he is hopeful an oral chemotherapy could keep the cancer at bay and prevent its growth.

In the meantime, Carroll said she is concerned about the economic impact continued treatment might have on her family. The frequent drives to Atlanta alone take up more money than most have to spend each week, and that does not begin to cover the cost of treatments themselves.

“It’s just a lot of expenses going back and fourth several times a month and unexpectedly when she has low counts or gets sick with these infections, when I’m not able to work,” she said. “It is hard, but we make the best of it. We want to do everything we can for her and we appreciate anybody who wants to help out. It would mean a lot to us.”

Donations can be made to support Kaisley through the family’s GoFundMe page at www.gofundme.com/f/kaisleystrong-please-help-support-cancer-journey, on PayPal at karliemiller69@gmail.com, or by purchasing “Kaisley Strong” decals and T-shirts as they appear on the Kaisley’s Journey Facebook page. Anyone interested in hosting a benefit in her honor can also reach out to Carroll via the Kaisley’s Journey Facebook page.

'This would not have happened with Roger Ailes': Trump upset that Fox News ran Obama's speech