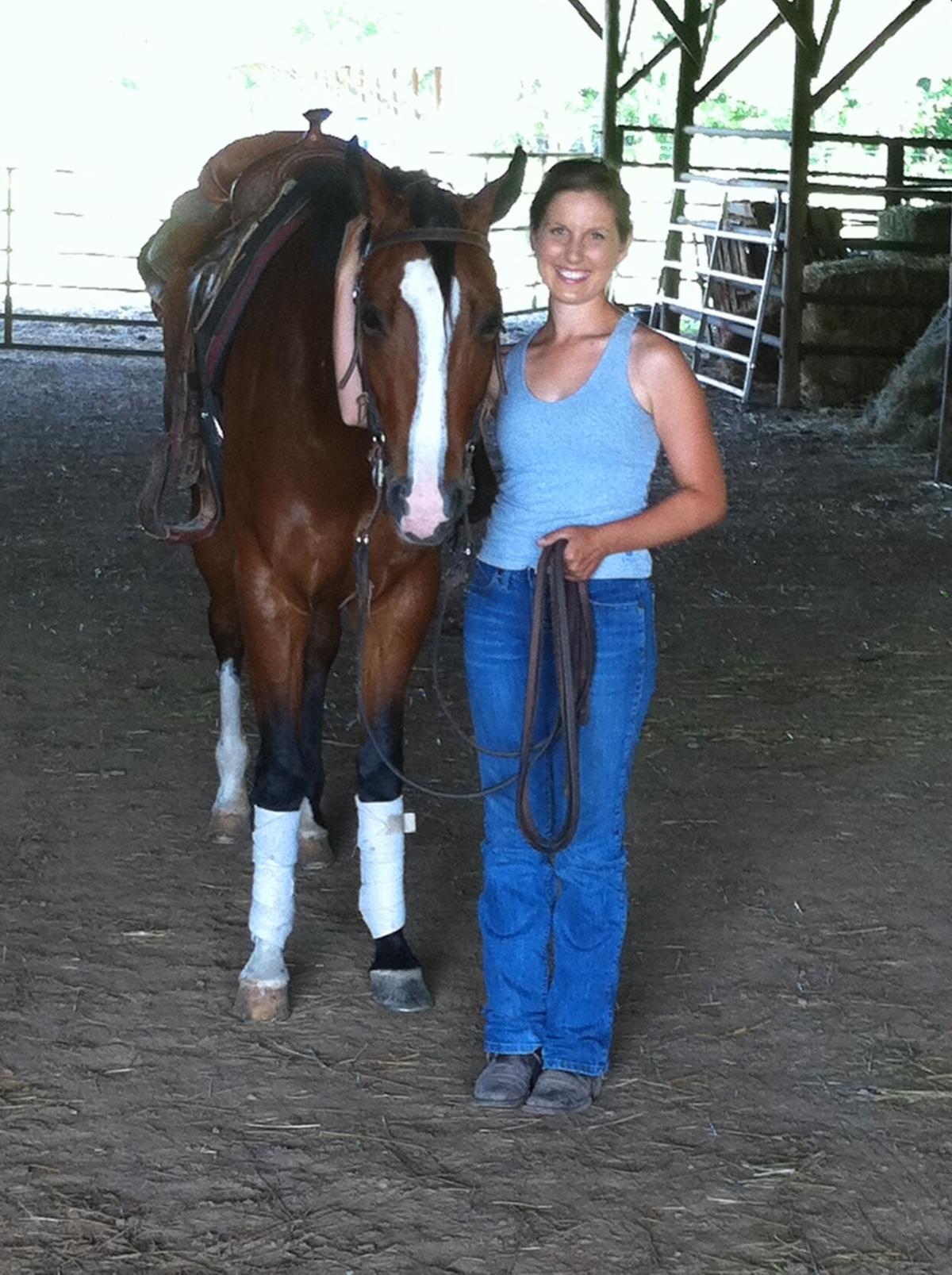 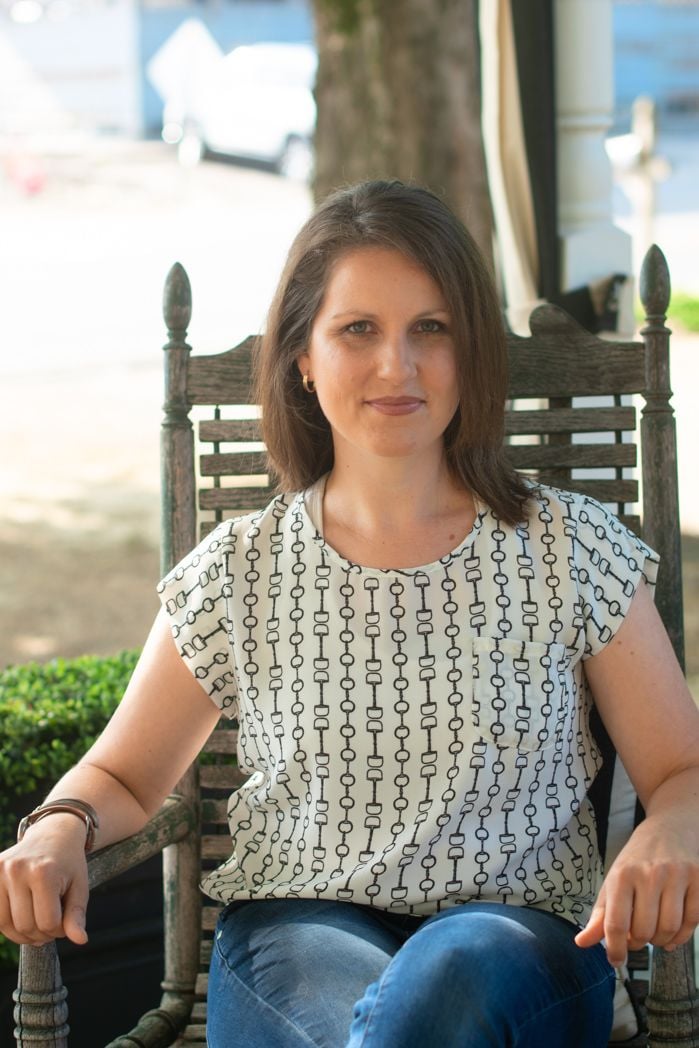 This column is the first in a three-part series.

Most horse owners know the term “heart horse.” It denotes that truly remarkable equine who comes along and changes your riding life and perhaps even your life beyond horses. Reece was mine. This July 10 marked 8 years since her death. I now choose to celebrate how much I loved another living being rather than succumb to the grief that still tears at me.

This is the story of how a small, bay mare changed my life.

I found Reece through an online horse sale site. I was looking for a project to sell, and I was willing to drive to Florida to pick her up. She was double registered with the American Quarter Horse Association and the American Paint Horse Association, and she had the big, floating movement that means higher placings in hunter under saddle classes at breed shows. She hadn’t sold before I found her because she was pretty small for a Quarter Horse hunter — only 15.1 hands. But that didn’t matter to me. I’m only 5 feet 3 inches, so we were a good fit.

Reece was a bright bay with two snowy socks and a face so finely chiseled that people asked me all the time if she was an Arabian. I’d owned her only a few weeks when I realized she wasn’t going to be a sale project. Not only did she have beautifully flat knees and a big, suspended trot, but she was the smartest horse I’d ever met. I’m sure I was telegraphing my messages somehow, but it seemed like she could usually guess what I was going to ask for next despite the fact that she was very green under saddle.

She was generally agreeable, but she had a streak of sass that kept me laughing as she carried out her silly young horse antics — trying to untie herself, bossing around her gelding companion. It was the kind of deep, cleansing laughter that leaves you feeling renewed.

Reece learned quickly. Her transitions between gaits smoothed, and she learned to pick up the correct lead at the canter. Other people began noticing how fancy she was. Both a dressage trainer and a Quarter Horse trainer I rode with gushed over her, and she earned a first and third place in a huntseat futurity class at a recognized Quarter Horse show. I began to dream big: Maybe we could qualify for the AQHA World show. I also hoped Reece would eventually be a mother, and I would one day get to witness a tiny bay filly charging around by her side. And under all of these developments flowed a rich current of laughter. Though we hadn’t yet known each other long, our bond was undeniable. Despite all of my riding experience, I had no idea horses could be like this.

And then, things changed abruptly. I walked into my leased barn to feed my horses around 8 a.m. that warm July morning and found Reece in the throes of colic. She was rolling and biting at her sides alternatingly. I began walking her, and I called my vet, who arrived as quickly as she could. She determined Reece had gotten her colon flipped over the ligament that attaches the equine spleen to the kidney. Through obsessive Googling, I would later learn that the condition is officially known as nephrosplenic entrapment. My vet’s basic message was “get to an emergency facility as quickly as possible if you want to save this mare.”

We spread out some shavings on the trailer floor and loaded Reece.

I met my husband in a gas station parking lot, and we continued the journey together. Reece was down in the trailer every time I checked on her, and I don’t remember how we got her unloaded when we got to the University of Georgia, but there was a team of vets and my parents waiting for us. We did not have the considerable funds for surgery, which is what the vets suggested at first. I told them to do everything possible to address the issue mechanically. Crying, I kissed her forehead and told her “Mommy’s here,” before they took her from me. The vets did as I asked and tried to address the issue by turning her over and getting the colon back into place, but in the recovery stall, Reece was still trying to lie down and was biting at her sides. It was apparent that the colon was twisted. Twice, the vets drew air out of it with an enormous needle that they inserted through her abdomen. Hours into this ordeal, the lead vet took me aside and told me it really was time to make a decision, and I did.

I knelt beside Reece in the stall and whispered into her black-tipped velvet ear, “I will make it OK for you. You can go home now, and Mommy will make it OK.”

I knelt at Reece’s head and told her how much I loved her. I could not quite grasp the fact that my vivacious friend was dying. The lead vet pushed the dosage that would humanely end her life, and I stayed until after she was gone and my mother’s hands on my back told me it was time to leave.

I stood sobbing as the veterinary team gathered around me. The lead vet stepped forward to tell me how sorry she was that my mare had died, and I could not even raise my arms from my sides when she hugged me. In between gasps, I managed to get out a whispered request for Reece’s tail.

They brought me the thick, braided coil, tied off with ribbon at both ends. My husband and I stepped out into pinpricking rain and pulled away from the large animal hospital with an empty trailer. There would be no AQHA world show, no charging bay filly. Just an empty trailer and a braided length of tail.

How Ginsburg's death could reshape the presidential campaign