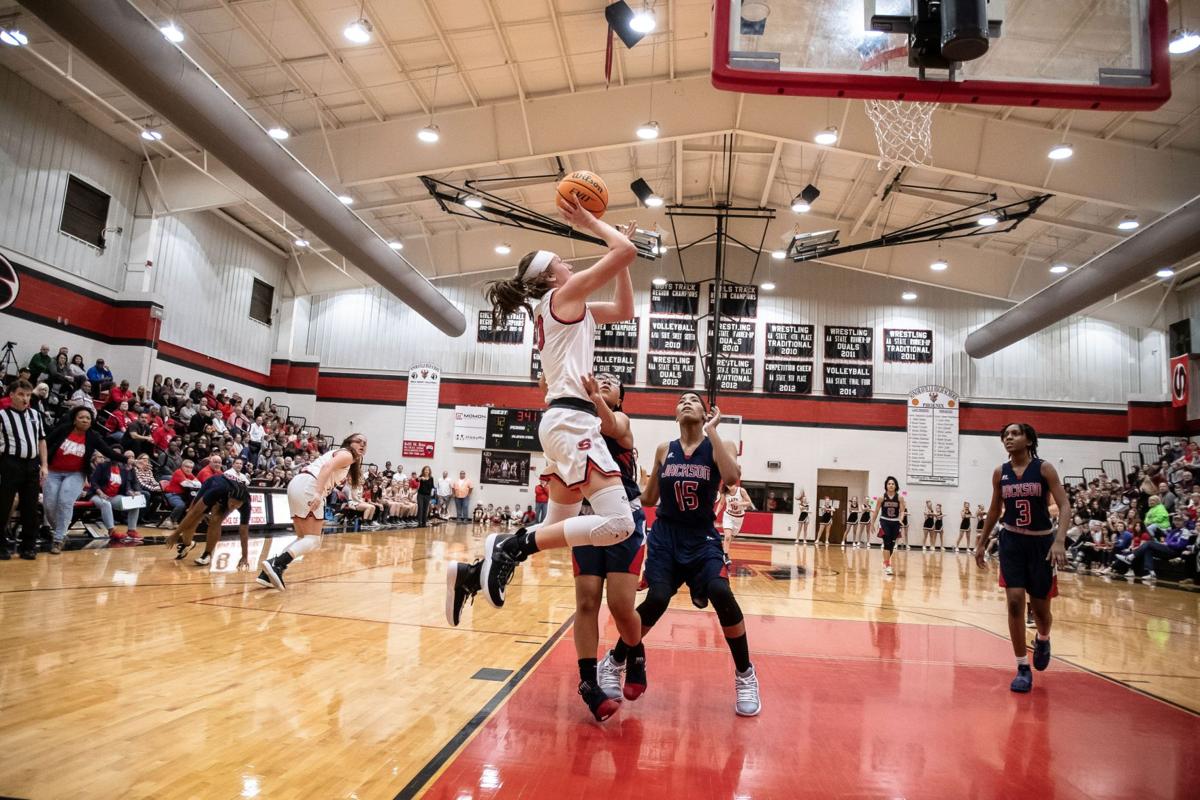 Sonoraville junior Alexa Geary goes up for a field goal during the Lady Phoenix’s second-round playoff game against Jackson at Sonoraville High School on Wednesday, Feb. 19. 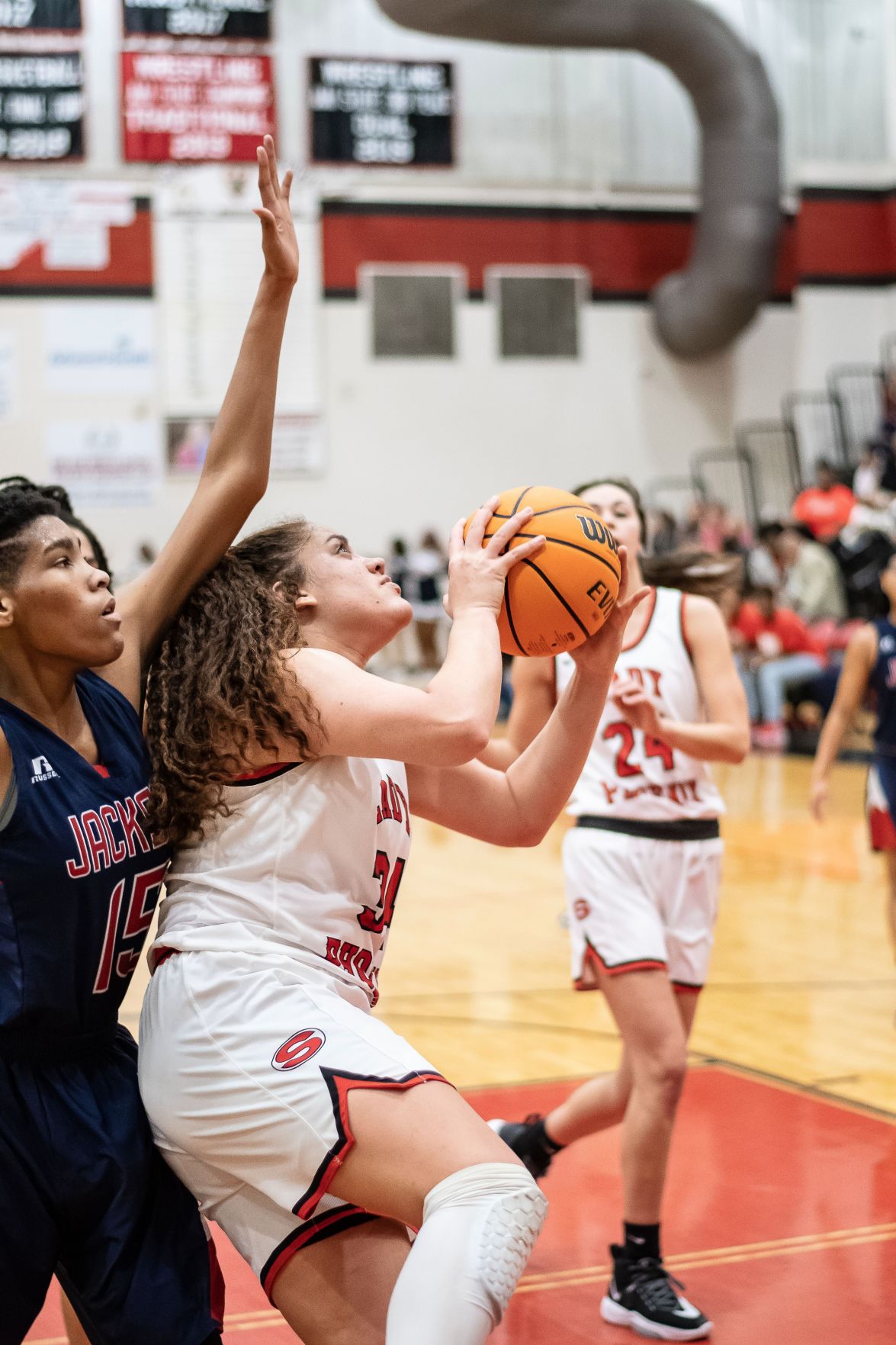 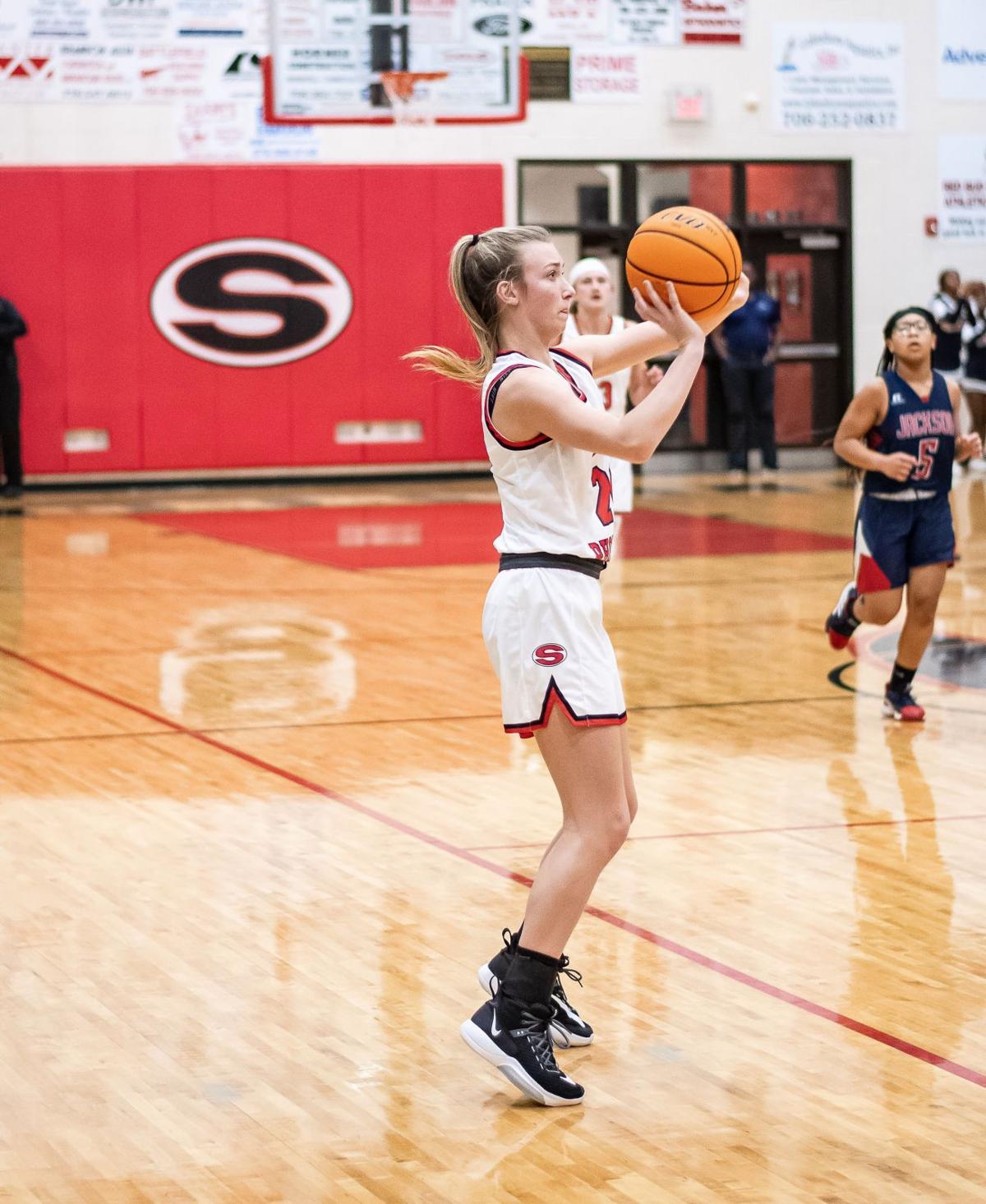 Sonoraville junior Alexa Geary goes up for a field goal during the Lady Phoenix’s second-round playoff game against Jackson at Sonoraville High School on Wednesday, Feb. 19.

In the playoffs, leaders emerge as it’s win-or-go-home.

That narrative was no different Wednesday night as the Sonoraville Lady Phoenix used an offensive onslaught to defeat the Jackson Lady Red Devils 81-63. The Lady Phoenix have secured a spot in the Class AAA elite eight for the second consecutive season and run the win streak to 12 games.

“It’s all good,” Lady Phoenix head coach Stephanie Caudell said. “It was exciting to get off to the kind of start we did against a talented team. I think our kids fed off each other ... offensively and defensively in how hard they played and they feed off the crowd. Good positive for sure.”

From the get-go, the crowd was rocking and the Lady Phoenix were rolling. The squad jumped out to a 9-0 lead thanks to three 3-point baskets. They would make 11 throughout the course of the contest.

“There’s no substitute for making threes,” Caudell said. “It gets the crowd fired up, it gets the kids fired up.”

There was no stopping the Lady Phoenix offense, as the team stormed out to a 29-6 lead after one quarter.

“We were physical defensively and did a good of defending early and made it tough on them,” Caudell said. “Make them have to take tough shots, so try to take away what they were doing early.”

That first quarter score was one less point than Sonoraville had in the first half of its game against Jackson County last Friday.

The Lady Phoenix led 52-29 at the half. At that point, senior Maliyah Parks had 19 points while juniors Alexa Geary and Abby Chambers each had 14.

Jackson’s offense started to get on a roll in the early stages of the third, briefly cutting Sonoraville’s edge to 18 points at 56-38. However, a 9-0 Lady Phoenix run quickly extinguished any notions of a comeback.

“You just have to have kids that aren’t afraid to take a big shot like Alexa and Maliyah and Abby, and they’ve been there before,” Caudell said. “I think that’s the biggest thing. They’ve played in big games before. They enjoy this atmosphere. There’s no substitute for experience.”

Sonoraville’s red-hot offensive start proved to be the decisive factor in the outcome as Geary and Parks combined for 57 points and 26 rebounds. Geary notched 32 points and 14 rebounds. Parks finished with 25 points and 12 rebounds.

Jackson’s Gabbi Cartagena led the way for the Lady Red Devils with 28 points. Caudell said Cartagena stood out most during prep for the sweet 16 game.

“She’s a great player,” Caudell said. “She’s I think averaging 26 (or) 27 a game. She’s smooth, can shoot the three (and) can finish around the basket. They have some pieces around her that can make shots.”

The Lady Phoenix now await their elite eight opponent in either Fannin County or Johnson-Savannah.

Due to the GHSA’s coin flip on Tuesday, the Sonoraville Lady Phoenix will host the elite eight (quarterfinals) matchup next Tuesday regardless of the opponent. Johnson-Savannah is a No. 1 seed like SHS.

Caudell said she and the team are excited about playing one final time in front of the rambunctious, intimate atmosphere of the Furnace.

“Just got to go back to work,” Caudell said. “Watch some film on whoever we end up playing ... and be ready to get some good practices in and hopefully keep shooting the same way.”

When Sonoraville takes the court Tuesday night, a spot in the Class AAA final four and a near 300-mile journey south to Valdosta State University will be on the line.

“I’m thrilled we get to play another one at home,” Caudell said. “It’s not easy to go on the road and play any time during the season, but especially if you’re taking a really long bus ride. Your schedule gets messed up a little bit, so it’ll be a normal school day (on Tuesday) hopefully and a normal game night.”