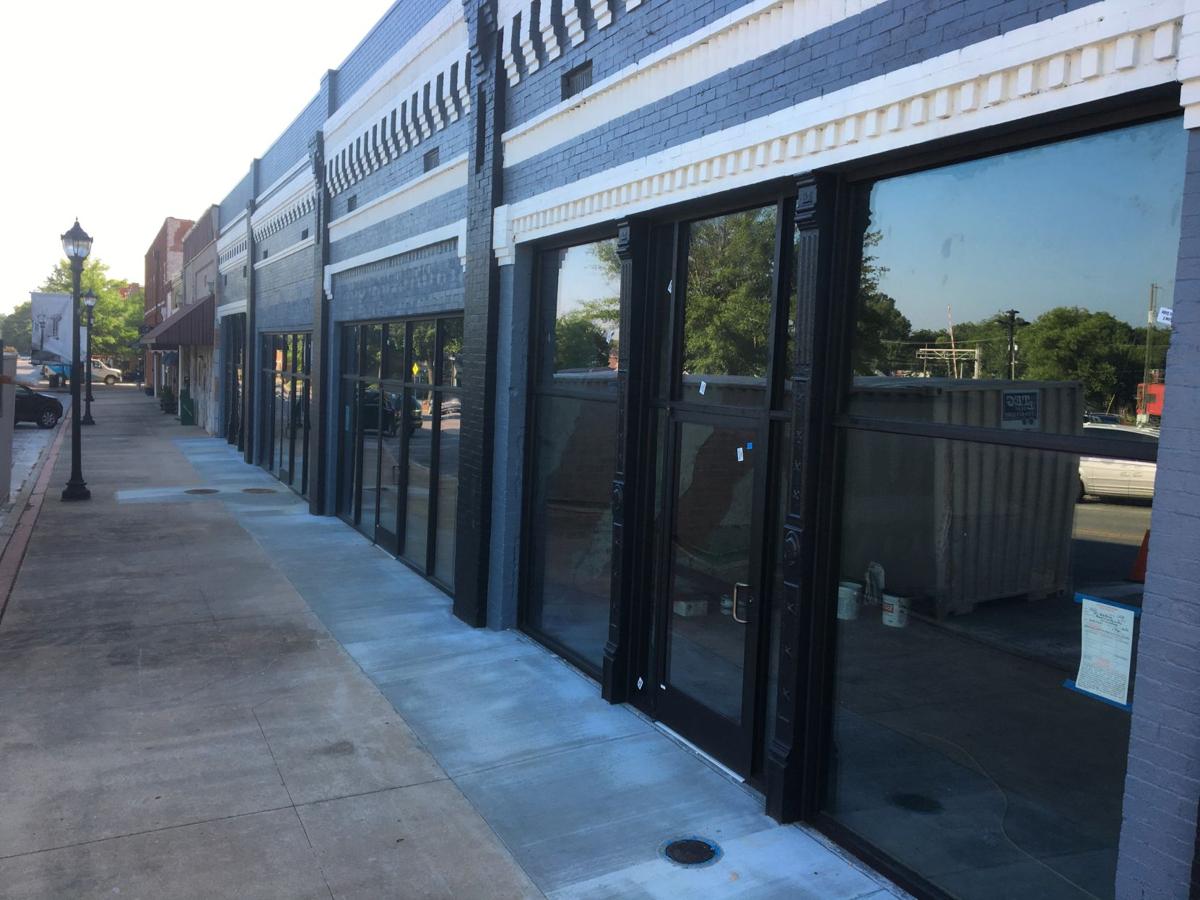 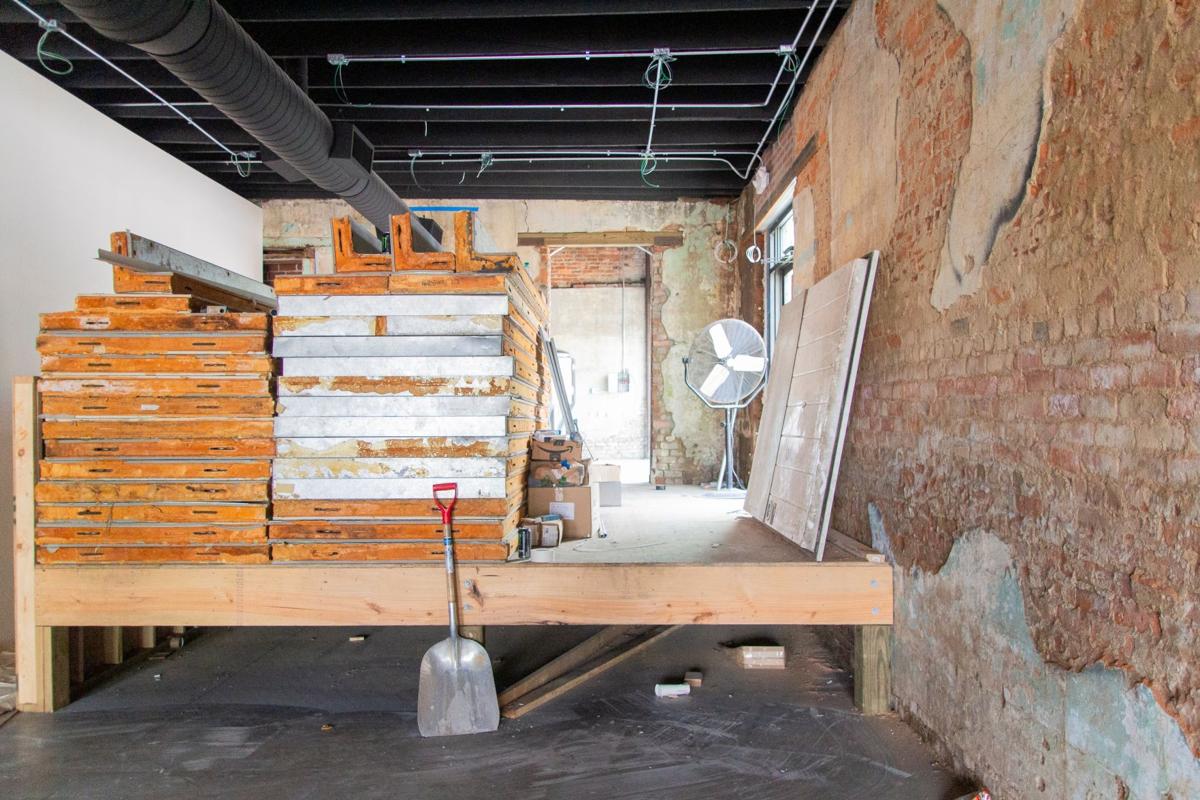 Workers have framed out a stage inside the space that will house Freight and Rail Brewing Co. 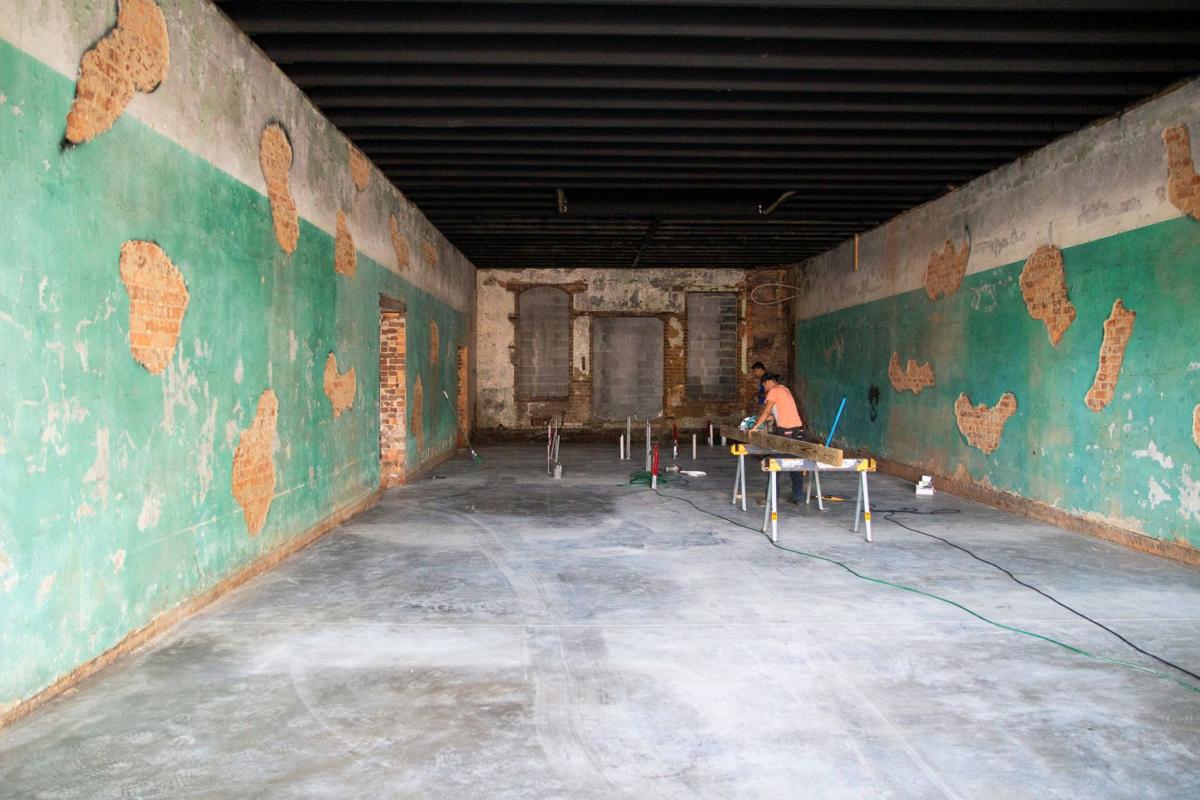 The owner of the buildings on South Park Avenue said everything except for the original brick had to be torn out and replaced.

Workers have framed out a stage inside the space that will house Freight and Rail Brewing Co.

The owner of the buildings on South Park Avenue said everything except for the original brick had to be torn out and replaced.

The businessman behind the redevelopment of the building on the corner of South Park Avenue and Oothcalooga Street said it was a mix of his love of downtown, a desire to see more businesses in the area, the generous feedback he’s received related to another project, and his own family’s tradition that inspired the effort.

Dakota Rasbury of Hall Realty is the grandson of John Wayne Hall, founder of Calhoun Wholesale, and he said his family has long had a tradition of developing commercial and real estate projects, but he only recently moved toward the retail-side of things.

After working with business partner and friend Justin Childress to rehab and restore the building at 204 N. Wall St. that now houses Childress Real Estate, Rasbury began looking for another chance to restore an old building. Rasbury said he and Childress had a lot of fun and heard a lot of great feedback from that project, which made him want to search out another space to rehab.

That search led him to the buildings on South Park Avenue that had previously been owned by Jimmy Payne.

Rasbury said the buildings had been unoccupied his entire life, mostly used as storage, and were in poor shape, but he saw potential. However, Payne was reluctant to sell.

“After three or four visits, he finally agreed to sell them,” said Rasbury.

The buildings include five store fronts — four on South Park Avenue and one on Oothcalooga Street. Freight and Rail Brewing Company is signed on to operate a brewpub in the corner space and the one on Oothcalooga; the other three spaces will be filled by Trackside Pizzeria and Pub.

Suzanne Roberts, director of Downtown Development, Main Street Program and Historic Preservation, said the project and the new businesses will be great for the city.

“As the DDA and Historical Preservation director, it is great to see Dakota and other property owners rehabilitate and re-purpose their downtown buildings while still keeping the historical aspects intact,” Roberts said. “We hope that the community comes downtown to see the project once it is completed and enjoy the space.”

The building required a lot of work, Rasbury said, to get it to a usable state once again, as years of neglect had taken their toll.

“Everything but the original brick came out,” he said.

Rasbury received “a lot of interest” in the spaces, especially from people looking to build restaurants, and he is excited to see new offerings being created in the area. He said many of the buildings in the downtown area have been in rough shape for a long time.

“But we want to change that,” Rasbury said.

He’s looking to continue that change with a new project, as he recently acquired the three-story building on the corner of South Wall and Court streets. That building will likely offer a retail space on the ground level and office space on the upper floors.