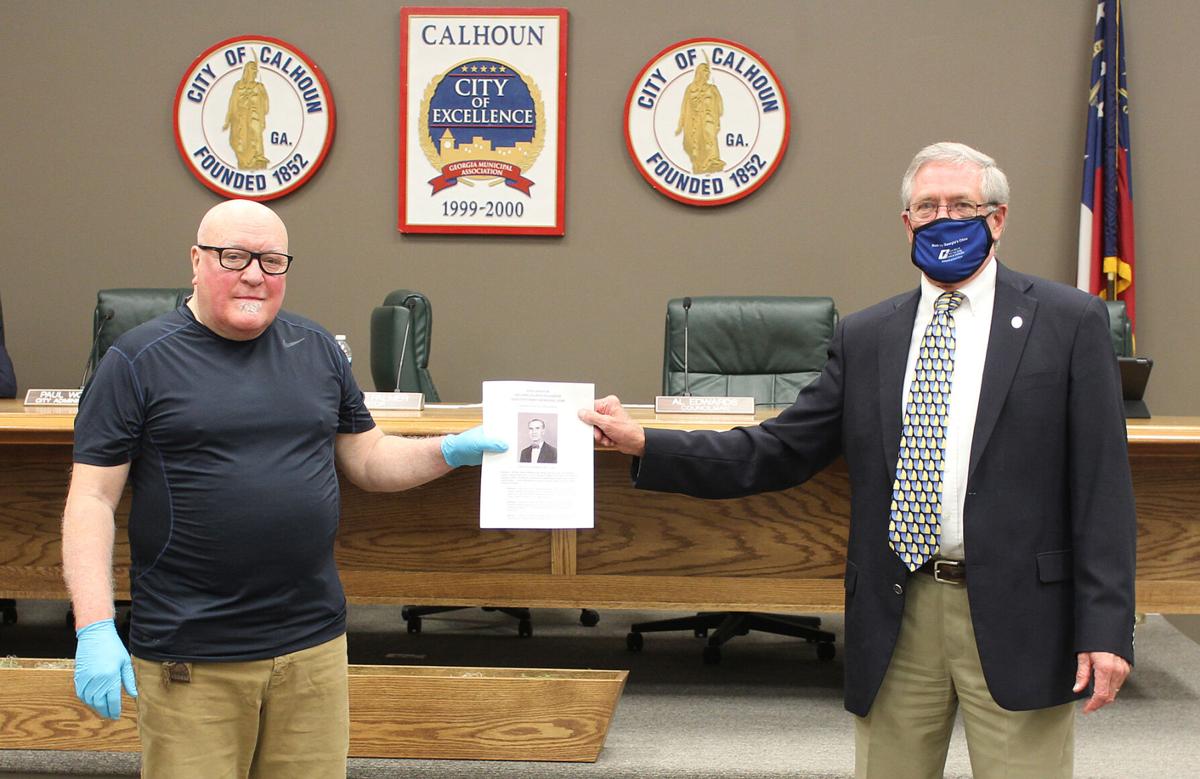 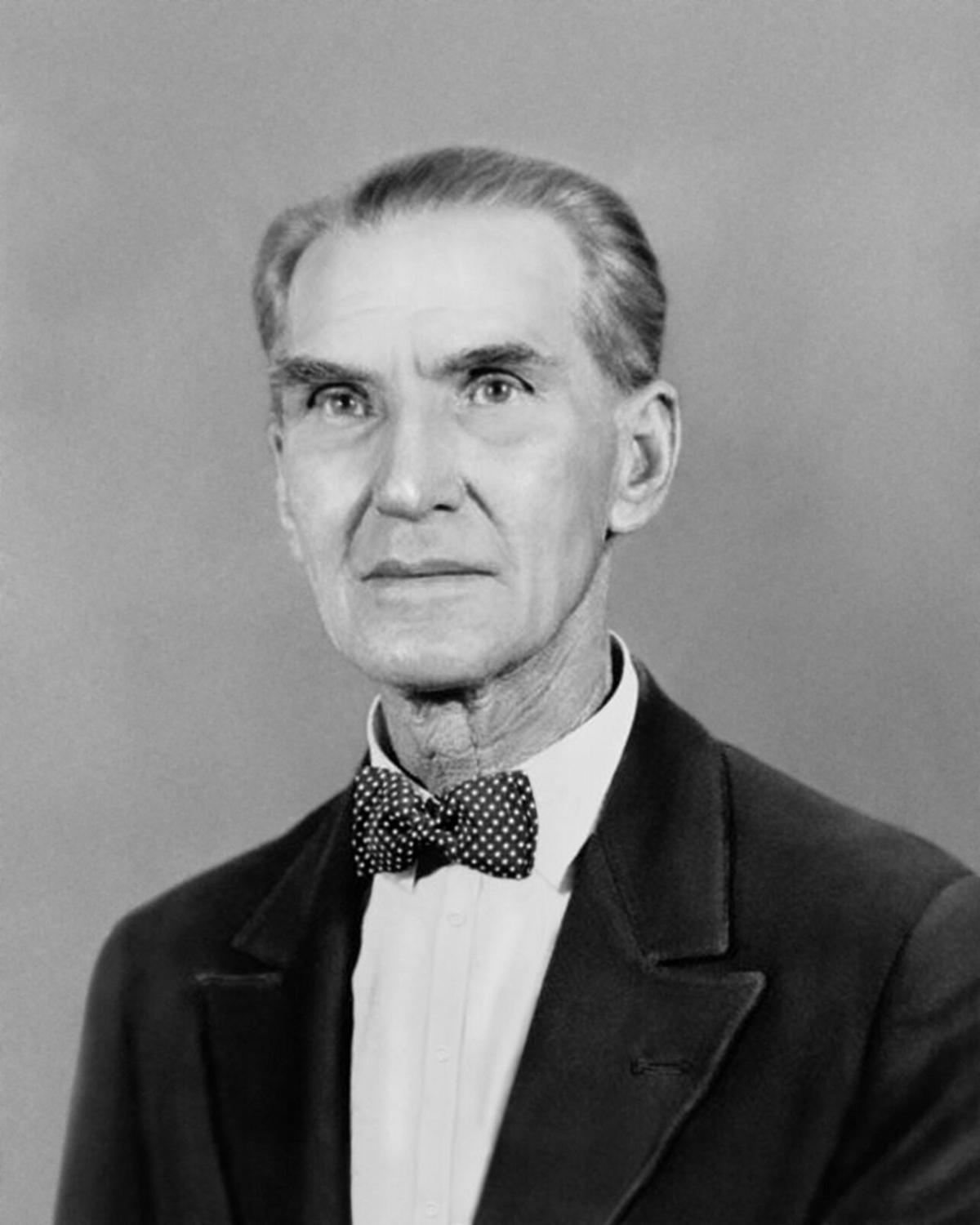 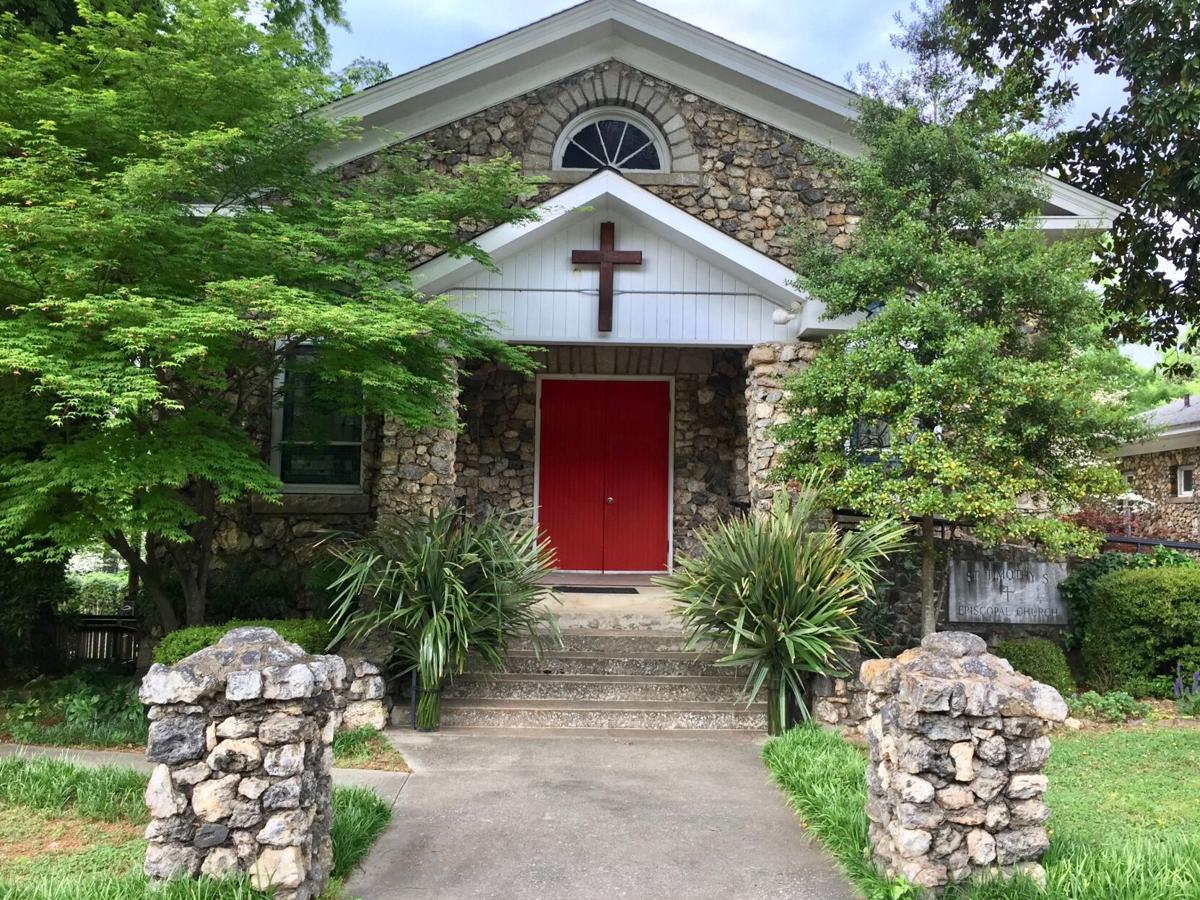 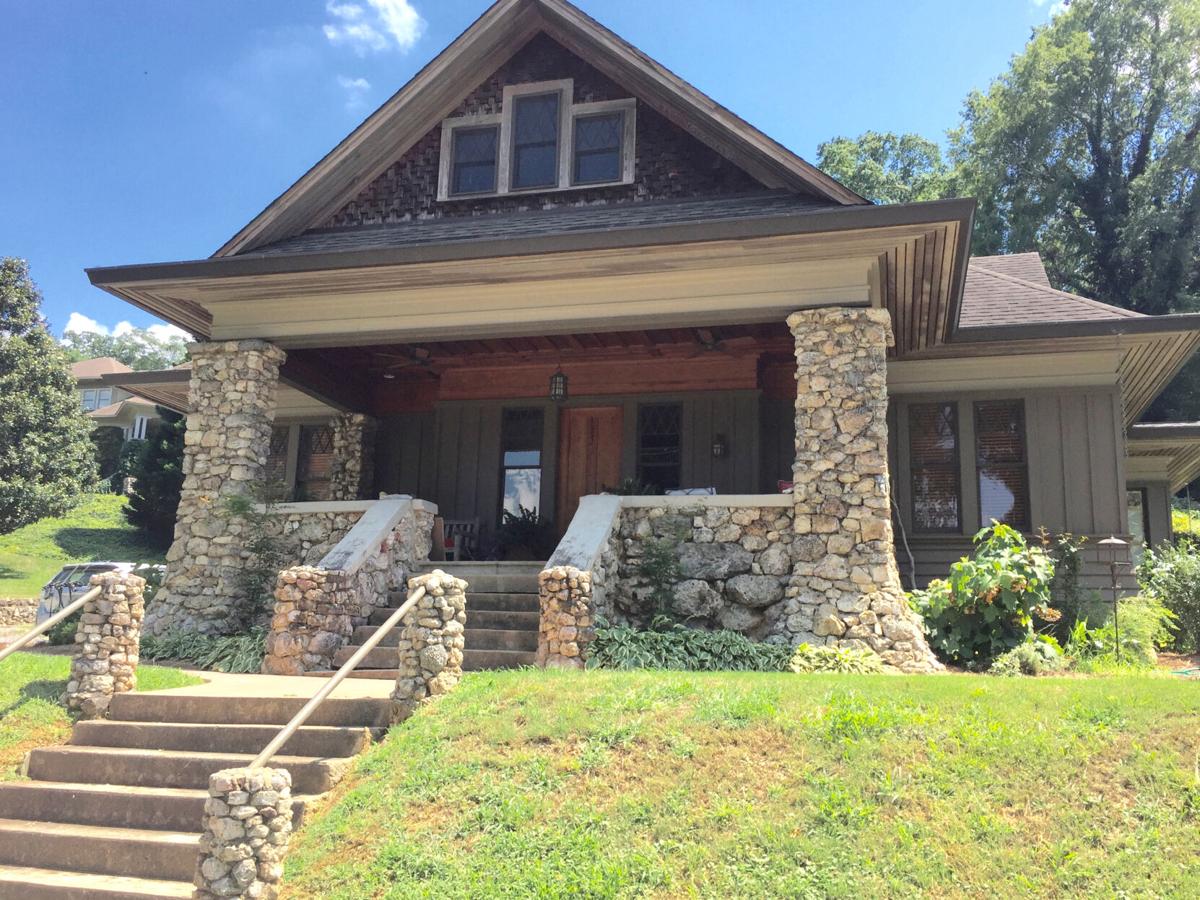 William Laurens Hillhouse built and lived in this home on Trammel Street across from the church he founded. 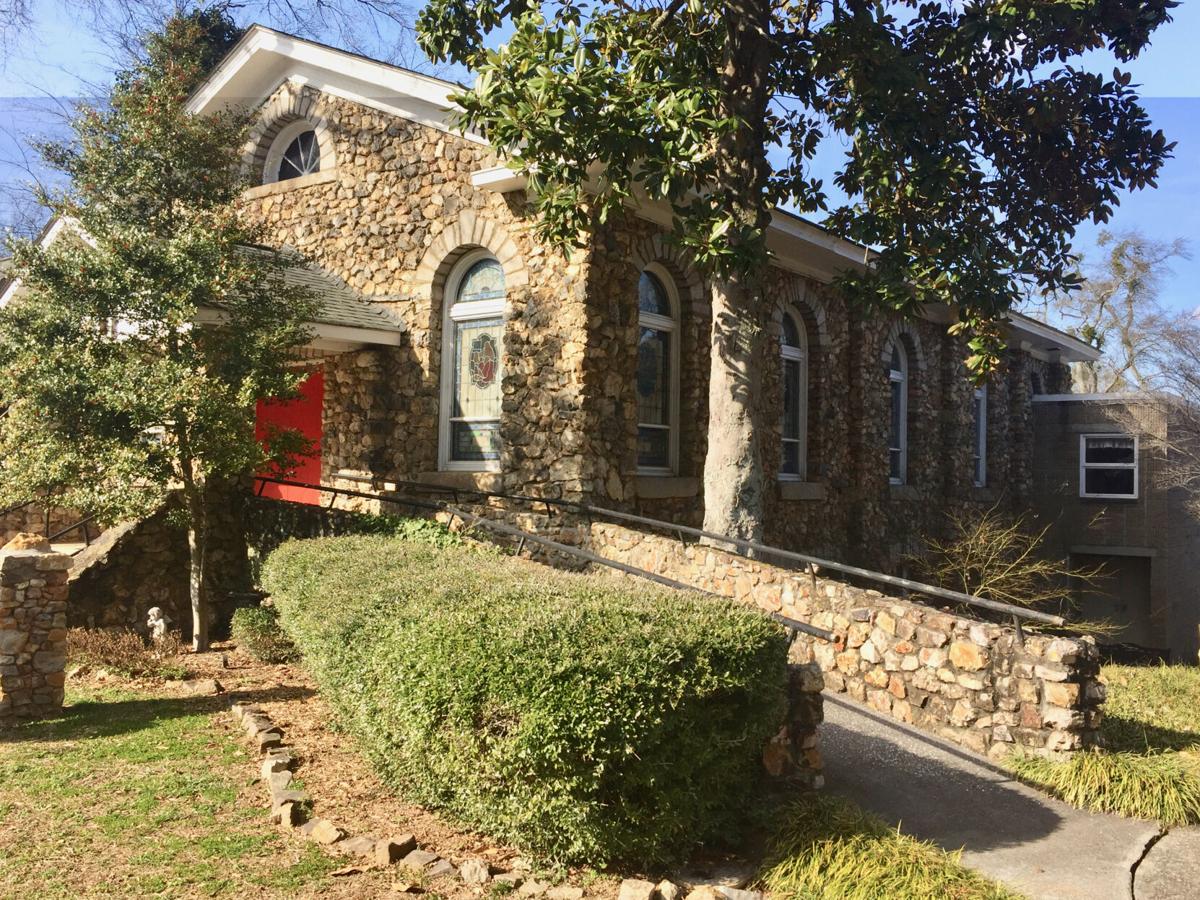 William Laurens Hillhouse built and lived in this home on Trammel Street across from the church he founded.

Calhoun Mayor Jimmy Palmer and members of the city council paid tribute to the city’s first mayor and founder of the longest continually occupied church building in town during their meeting Monday, declaring the year the 2020 William Laurens Hillhouse Centenary Memorial Year.

Palmer read a proclamation detailing the resolution and then presented the document to Anthony King, Calhoun historian, charter member of St. Timothy’s and chair of the church’s Centenary Celebration.

“It’s certainly great to recognize someone who did so much for our community,” said Palmer.

King listed off some of the accomplishments Hillhouse made for the city of Calhoun before joking that Hillhouse was probably so successful because he never married.

“It’s hard to believe how much he accomplished in his 90 years,” King said.

King provided the following details regarding Hillhouse’s life and impact on Calhoun.

On Nov. 1, 2020, All Saint’s Day according to the liturgical calendar, the parish of St. Timothy’s Episcopal Church and the Episcopal Diocese of Atlanta will commemorate the 100th anniversary of its historic church building on Trammell Street. Built from native stone by Calhoun founder Hillhouse, it was originally home of the Calhoun First Presbyterian Church. In 1989 the Presbyterians moved to their new campus on Red Bud Road, and the church was acquired by the Episcopalians —enshrining it Gordon County’s oldest continuously-occupied house of Christian worship.

The centenary commemoration will center around the unmatched contribution of Hillhouse — and the Hillhouse family — to the civilization of present-day Calhoun.

Hillhouse was one of nine siblings, son of the Rev. Joseph B. Hillhouse (1820-1887) of Union, South Carolina, and Ester Love Steele of Cherokee County. His father was an original Anglo-American settler, the son of Huguenot and Scots-Irish Presbyterians from the Ulster Province of Ireland. In 1873, Joseph moved his family to Calhoun — when son Laurens was 12 years old — to serve as headmaster of the Calhoun Academy. In 1874, Joseph Hillhouse served as first minister of the Calhoun [First] Presbyterian Church after the Civil War.

William Laurens Hillhouse was born in 1861, surviving the pulverizing poverty of the post-Civil War South, the son of a hardscrabble Presbyterian itinerant preacher and pedagogue. His secondary education was from the Calhoun Academy, precursor of the Calhoun City School System. After that, he, along with this brother, attended Princeton University — making them the first local residents to attend an Ivy League school.

Both Gordon County and Calhoun were established in 1850. Calhoun was incorporated in 1852. It was governed by volunteer citizen commissioners until 1895 when voters approved a charter to elect a paid mayor and aldermen. William Laurens Hillhouse, architect, general contractor and financial benefactor, became the first mayor of Calhoun at the age of 34.

William Laurens Hillhouse inherited the refinement and intellect of his father and was gifted in many fields, including architecture, landscape design, horticulture, civic activism and Christian ministry. By all accounts, he was a duly accorded 19th century “Renaissance Man.”

Incredibly, added to Laurens Hillhouse’s local accomplishments, he served 10 years as Presbyterian missionary in the Congo Free State of Africa when he was in his 50s.

Hillhouse did not conform to contemporary cultural norms: he neither married nor fathered children, instead choosing to keep house with his unmarried sister Idalette.

William Laurens Hillhouse built his first home, a stunning Victorian edifice, on North Wall Street in 1888 (demised 1970) — and his last home, a self-designed vernacular bungalow, on Trammell Street in 1907, which has since been painstakingly restored by James B. Langford, Jr., now the home of Barbara Mauldin Langford. It stands across the street from the church.

William Laurens Hillhouse, as an architect and general contractor, is perhaps most renowned for his rock masonry, his medium — the area’s proprietary local fieldstone, known to earth scientists as Knox Chert — deposited some 488 million years ago in the Ordovician Epoch.

From those riches of creation, William Laurens Hillhouse crafted countless edifices — porches, walls and entire structures — over 100 that remain today as everlasting sentinels of his legacy: quite literally the foundation of present-day Calhoun.

Beyond the generic contribution of this historic church on Trammell Street, it stands as a signature work of William Laurens Hillhouse — representing the culmination of his handiwork — for it he bequeathed the totality of his work and artifice — without debt, charge, or obligation — to the Glory of God and to the Community of Calhoun.

Quote, James A. Hall, editor of the Calhoun Times, upon the consecration of the church in AD 1920:

“It is expressive to a marked degree of the character of the man who planned and built it — William Laurens Hillhouse — strong, durable, simple, unpretentious.

“Made of nature’s best materials, it is the kind of structure that gives dignity and charm to a place. One can imagine it three hundred years hence, a venerable pile, but still stately and upright and durable as the hills. It is in a class all its own.

“Few communities have produced men like Laurens Hillhouse, the architect and builder, and Gordon County should feel herself honored to number him among her citizens.

“He has contributed lavishly time, labor, and money to the upbuilding and welfare of the community.

“Few have utilized and given value and character to the crude materials of nature —the rugged stones of the mountains — as he has done.

“In the years to come, strangers will marvel at the ingenuity and taste and skill displayed in the erection … of this substantial … edifice to the glory of Almighty God, and wonder whose thoughts are thus preserved in stone.”

Evangelicals at base of Trump hopes for Pennsylvania repeat