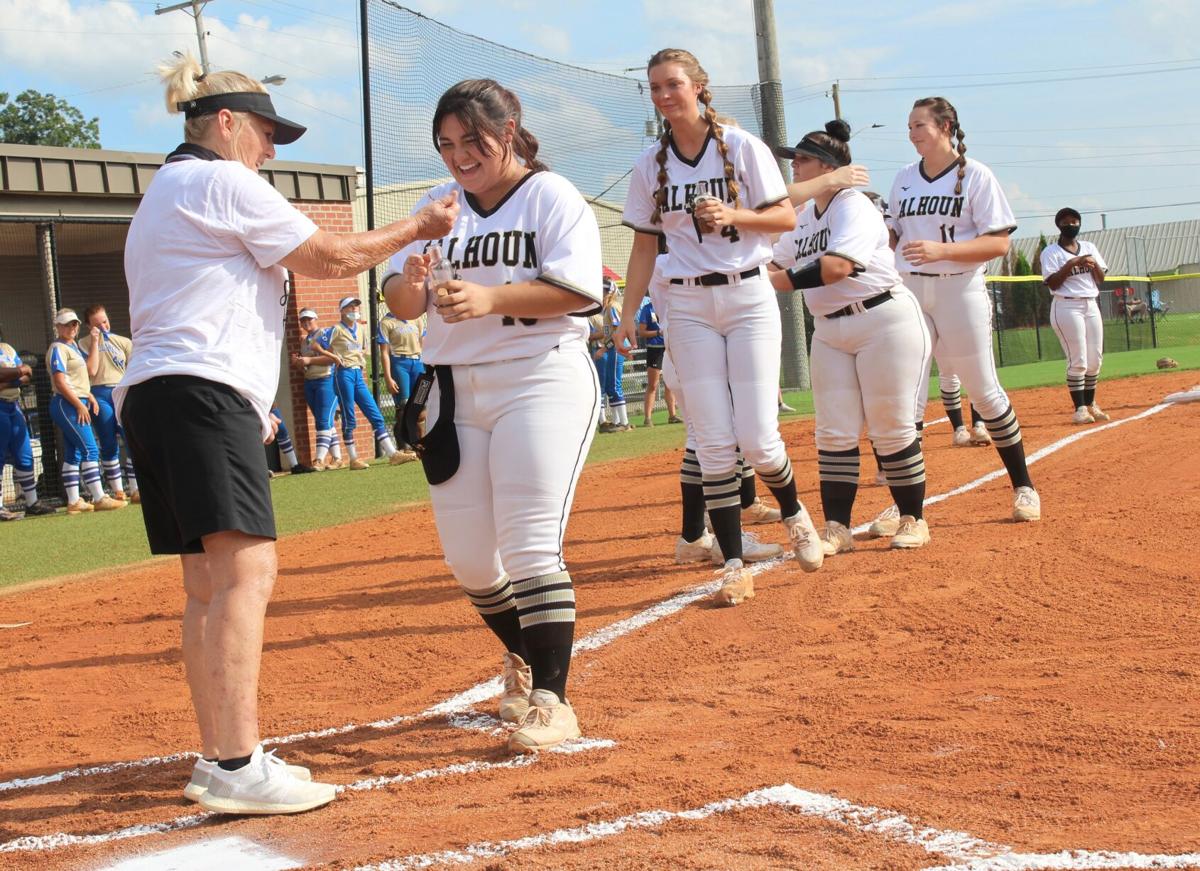 Calhoun softball Coach Diane Smith places dirt from the diamond into bottles for the seniors on the team to keep as a memory of their time on the team. 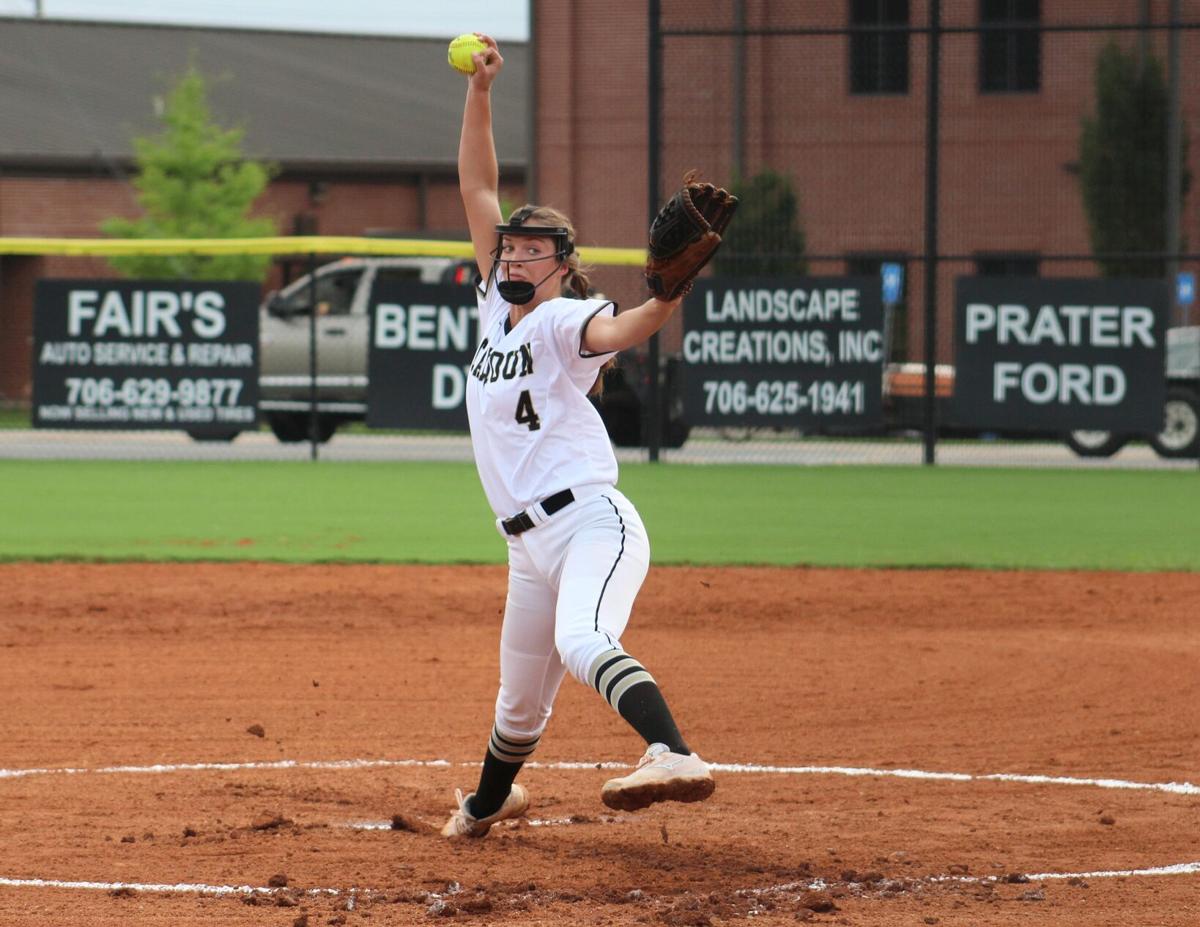 Calhoun pitcher Maggie McBrayer throws a pitch during her no hitter last week. 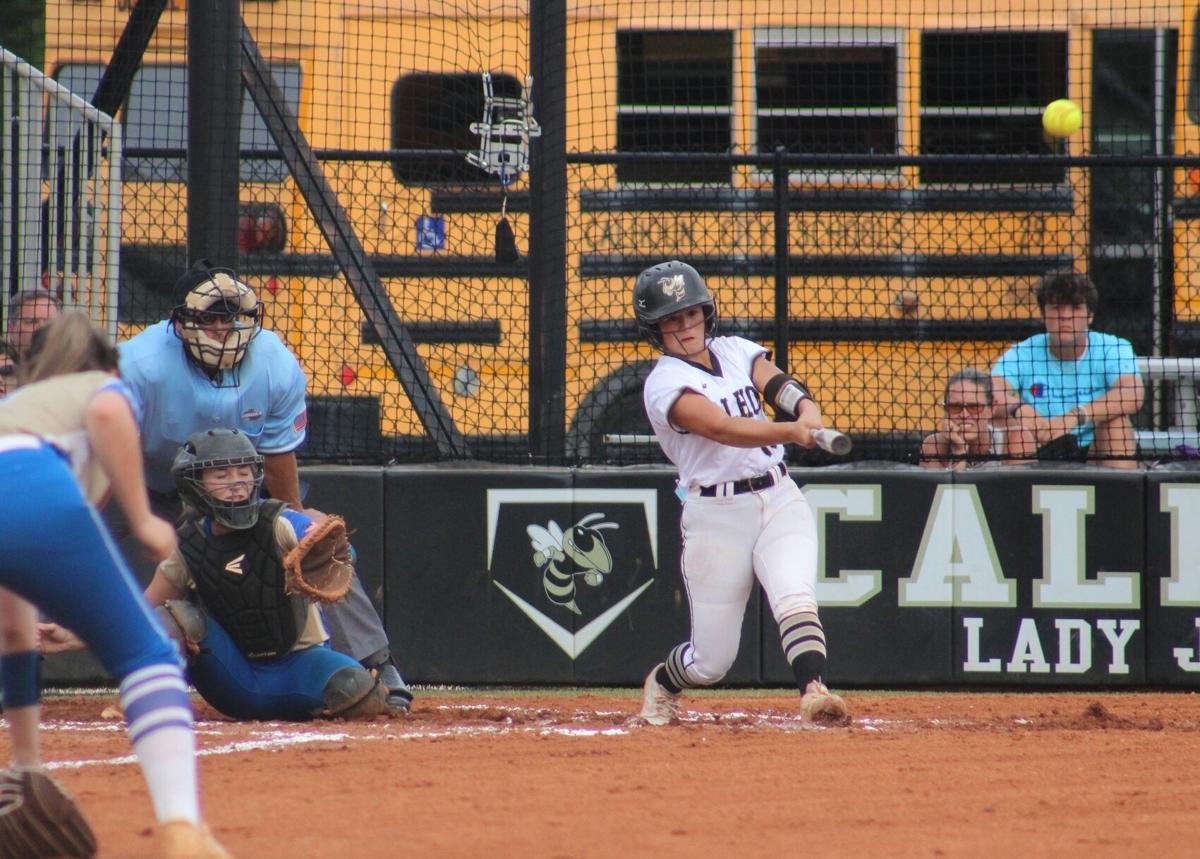 Espee Reyes hits a lead off home run to start an offensive onslaught by the Lady Yellow Jackets. 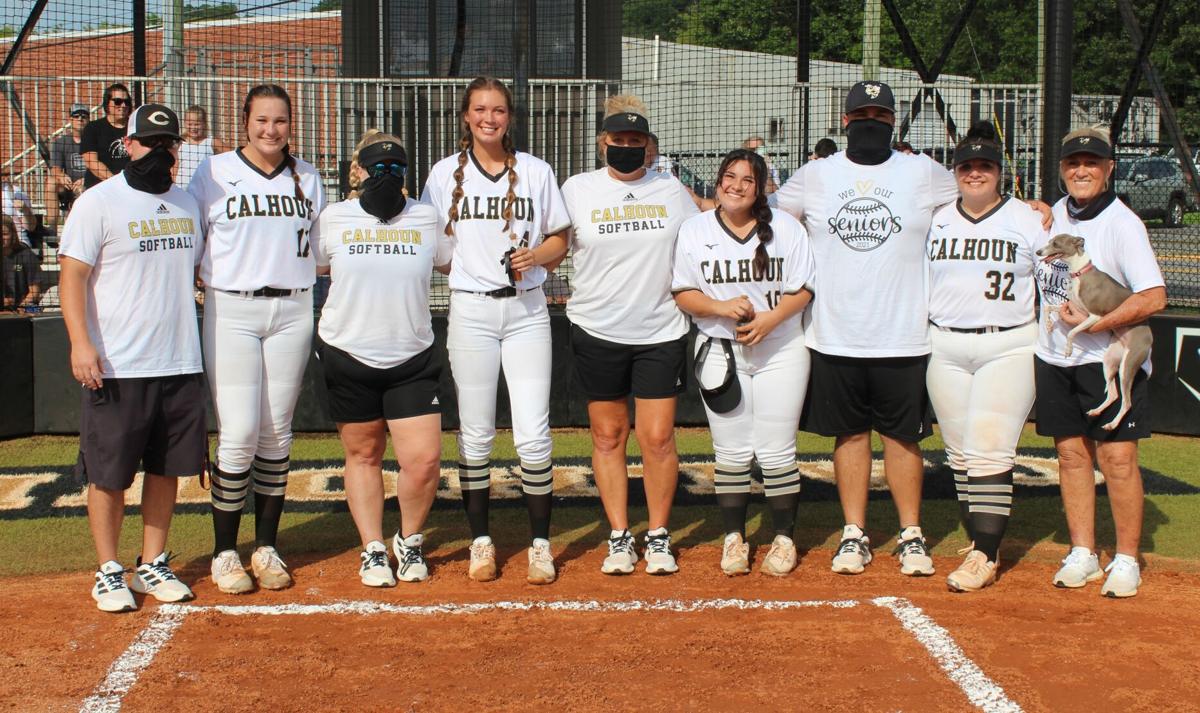 Calhoun softball Coach Diane Smith places dirt from the diamond into bottles for the seniors on the team to keep as a memory of their time on the team.

Calhoun pitcher Maggie McBrayer throws a pitch during her no hitter last week.

Espee Reyes hits a lead off home run to start an offensive onslaught by the Lady Yellow Jackets.

The Calhoun softball team soundly defeated the visiting Cass Lady Colonels 11-0 on Senior Night. Four seniors – Maggie McBrayer, Kaleigh Rogers, Jordan Blair and Lyndi Rae Davis – were honored in a heartwarming ceremony before the game, and the Lady Yellow Jackets celebrated their seniors by scoring 11 unanswered runs in only four innings to end the game after the top of the fifth due to a mercy rule.

Calhoun coach Diane Smith expressed her gratitude for her seniors.

“We’ve had three of them – Maggie (McBrayer), Lyndi Rae (Davis) and Jordan (Blair) since they were freshmen, and they were part of that 2017 team that won state,” Smith said. “Lyndi Rae (Davis) and Maggie (McBrayer) played a very big part in that because they both started. Maggie pitched all four games in the state that year. We’ve looked forward the past two years to repeat. We’ve gone to Columbus but just haven’t made it as far as we wanted. Naturally, our goal this year is to win the region, go back to Columbus and win us a state championship.”

McBrayer had an outstanding performance against Cass (7-4-1, 2-3-1) as she not only got the shutout but pitched a no-hitter as well. Smith was happy with McBrayer’s day on the mound.

“She did an exceptional job,” Smith said. “I think she finally got it together toward the end of the game. She started getting some strikeouts. She’s done a great job.”

Offensively, the Lady Jackets did pretty much whatever they wanted as well. Espee Reyes went 2-3 with a home run and an RBI. Macy Brown and Emma Rogers both had two hits and were both responsible for two runs apiece.

“We did quite well hitting today I thought,” Smith said. “It’s probably the most hits we’ve had so far this year. We’ve been hitting in the cage all week. I knew they were hitting well in there. It carried over to today. I was just excited to see their performance today.”

One of the biggest moments of the game was when center fielder Kayleigh Warren, who has struggled at the plate so far this season, hit a three-run home run in the third inning to make the score 7-0 and put the game out of reach. Smith was very excited for Warren.

“Well, that tickled me to death to finally see Warren get ahold of one because she’s only had like one hit all season, and she was one of our better hitters last year,” Smith said. “Hopefully, she’s got it all together, and that was just the beginning of what’s to come.”

Calhoun (4-2, 3-0) is just getting into the meat of their schedule as they have a tough stretch of games before facing Cartersville at home on Thursday at 5:30 p.m.

Smith feels that the sky is the limit for the team as long as they play consistently.

“I feel really good about this team,” Smith said. “We have a lot of talent. We have talent on the bench. It’s up to them how far we go.”

British man sentenced to 5 years for hacking US companies

CDC changes, then retracts, its take on coronavirus spread

Man claims self defense in fatal shooting of basketball star