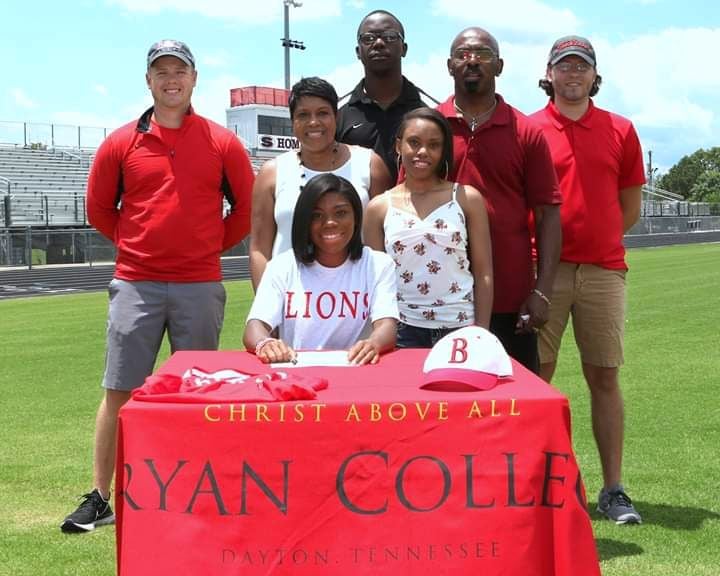 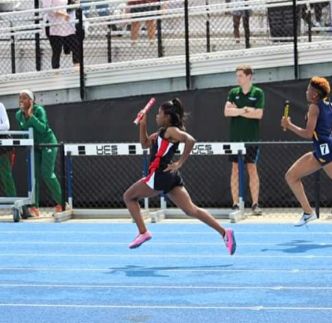 Sonoraville’s Faith Austin carries the baton during a race at a track and field event. Austin officially signed her papers with Bryan College on Saturday, June 13.

Sonoraville’s Faith Austin carries the baton during a race at a track and field event. Austin officially signed her papers with Bryan College on Saturday, June 13.

Faith Austin is making a 90-minute journey to Dayton, Tennessee. On Saturday, the Sonoraville High School graduate put pen to paper, signing a track scholarship with Bryan College in a ceremony with family and coaches.

“To finally sign the paper, I was extremely happy,” Austin said. “From the time I’ve been in middle school through high school, I’ve always wanted to go to college to run track off of a track scholarship, it was ... a dream come true for me.”

Austin said she selected Bryan College because they sought her out. Austin said Bryan College’s sprint coach, James Eliezer, direct messaged her on Instagram to inform her he was keeping track of her times during the track season.

“I posted videos of me running track on ... my Instagram,” Austin said. “(Eliezer) said God kept leading him back to me and it was just in his spirit that he had to have me at Bryan College.”

During the recruitment process, Austin said at first she was anxious to be leaving home, but added the excitement of starting a new chapter of her life outweighed the nervous notions.

Austin’s family has a legacy in track and field. Austin’s mother, Mamie, ran track for Red Bud High School in the 1970s.

“He trained me my senior year for track, so he got me ready for state,” Austin said. “I always told him I wanted to be in the Olympics like he was. It’s always been a dream of mine.”

Austin said the biggest thing she learned from Pender was improving on coming out of blocks.

“That was my very weakest point in track,” Austin said. “He brought up my time from how to come out of blocks, he worked on my drive phase, he made sure I was cleaned up and he worked on my whole 200 (meter). At state, my time actually improved too so I was very proud of myself and how he pushed me and worked with me.”

Upon leaving Sonoraville High School, Austin said she will miss her teachers and friends.

“They always recognize each and every person that was not only in a sport, but even outside of a sport; it could have been academics or anything,” Austin said. “(Also) all the love they gave me along the way and helped me all throughout high school.”

Austin’s drive stems from her religious beliefs and before any track meet, she remembers her faith.