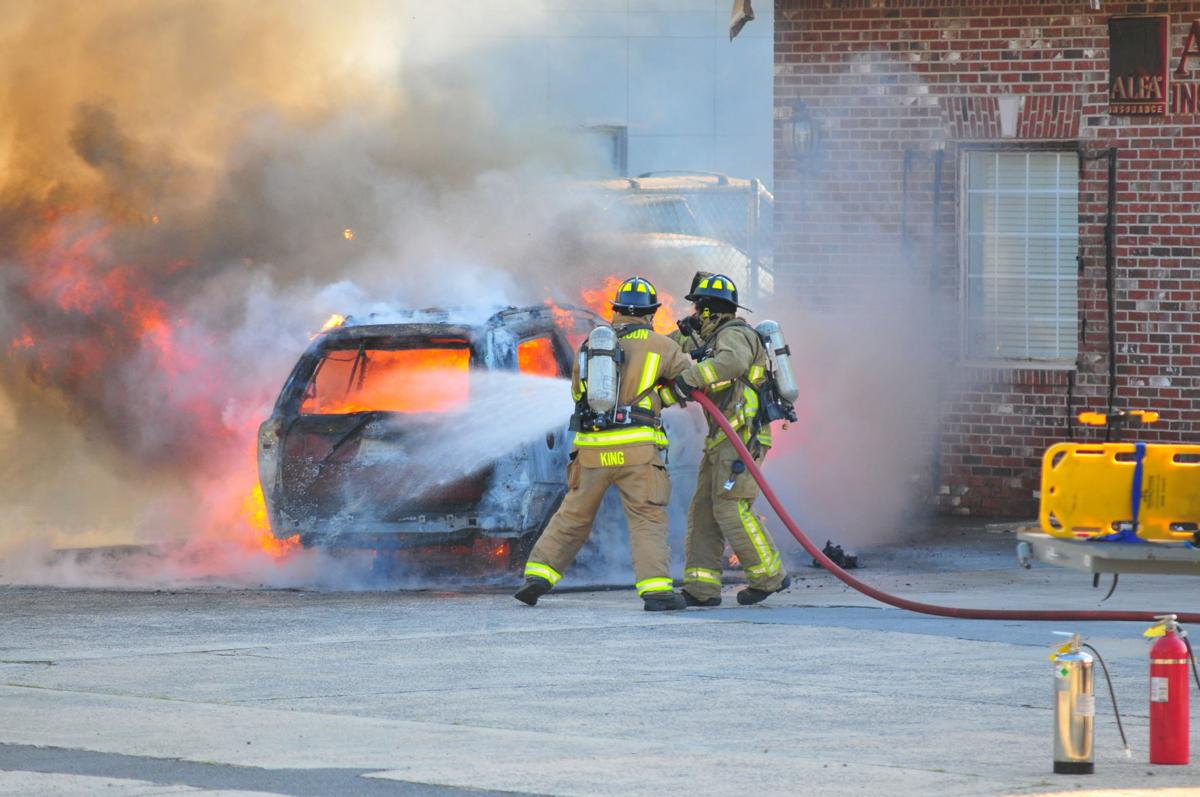 Firefighters work to put out a vehicle fire in downtown Calhoun on Thursday. 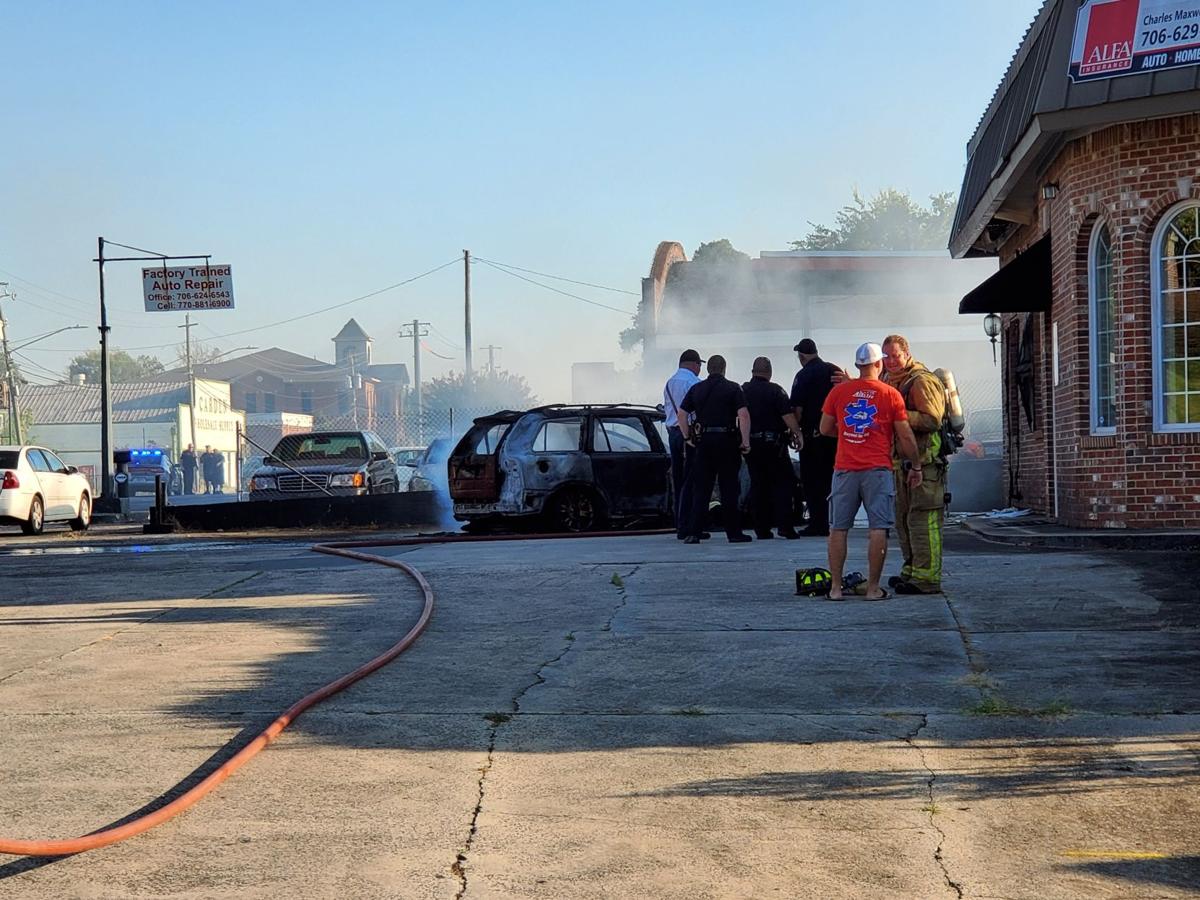 Calhoun police and fire departments on the scene of a car fire at the intersection of South Wall Street and West Hicks Street in downtown Calhoun on Thursday, Sept. 5.

Firefighters work to put out a vehicle fire in downtown Calhoun on Thursday.

Calhoun police and fire departments on the scene of a car fire at the intersection of South Wall Street and West Hicks Street in downtown Calhoun on Thursday, Sept. 5.

Thursday evening, the Calhoun police and fire departments responded to a car fire in the parking lot of the ALFA Insurance building, near the intersection of South Wall Street and West Hicks Street. One man was treated for minor burns, but will be OK.

Calhoun Fire Department Deputy Chief Terry Mills said the fire started when individuals were working on the fuel system of their vehicle in a small parking lot. Mills said something underneath the car ignited, but the direct cause is unknown at this moment.

"They were unable to get it put out, so they had to back away from it," Mills said in a phone interview. "It was fully involved by the time we could arrive on scene."

Mills said a 911 dispatch call came in at 6:28 p.m., and he estimated fire and police were on location minutes later.

A plume of smoke could be seen rising up in the downtown Calhoun skyline. Mills said Calhoun firefighters contained the blaze in about 10 minutes.

"That's one of the luxuries we have as a city fire department is our response time is so quick, we don't have anything that we can't be to within five minutes because of our close proximity of our stations to all of the city limits," Mills said. "We typically are able to contain fires pretty quickly."

South Wall Street was closed in both directions for about 30 minutes as police cordoned off the area and firefighters put out the flames. Hicks Street was also closed from Wall Street to South Park Avenue.

Mills said the fire involved a Volvo SUV. Mills said one man, who had been working on the vehicle, was treated for minor hand burns by firefighters and will be OK.

Mills said there was light damage to the ALFA Insurance building, but no other structures were harmed.

Mills said there was a slight delay to the start of Gordon Central High School's homecoming parade, which was set to take place on South Wall Street.

The street has since been reopened to vehicle and pedestrian traffic.

Irksome in Iceland, brusque in Britain? US envoys draw ire

Wave of evictions expected as moratoriums end in many states