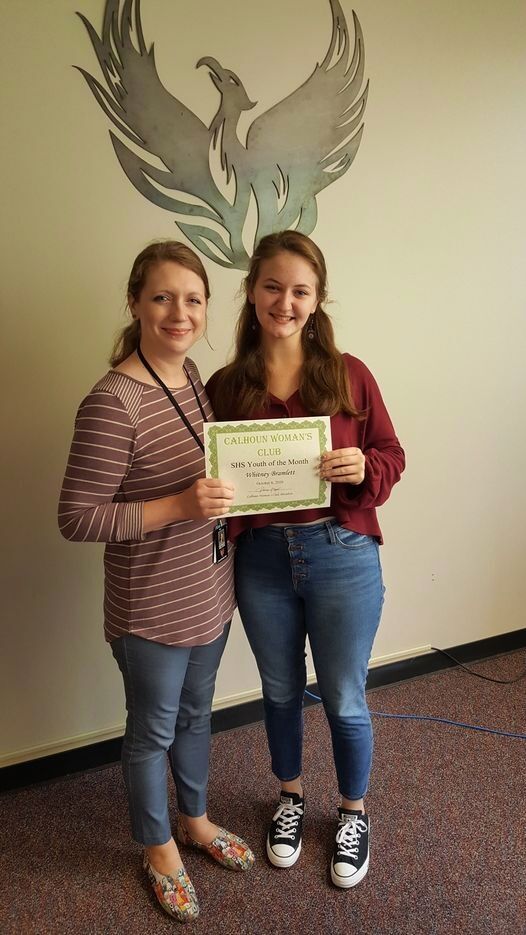 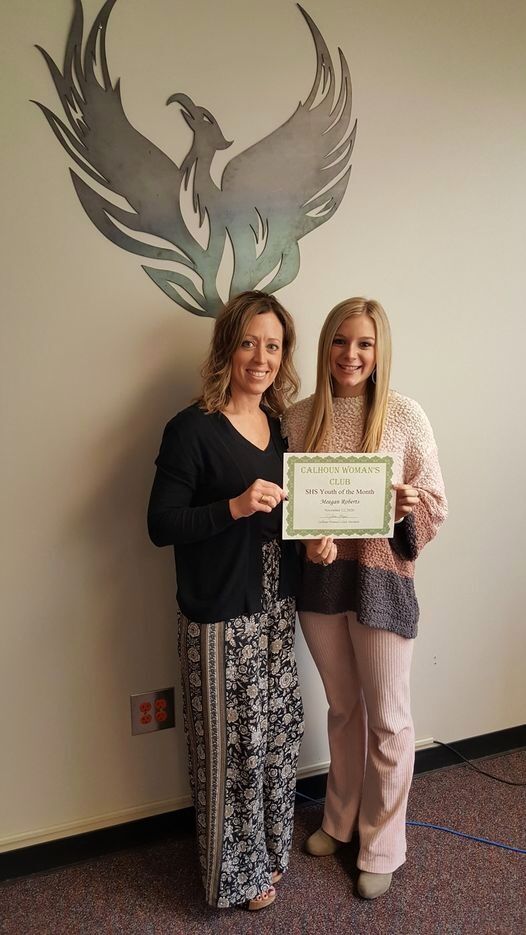 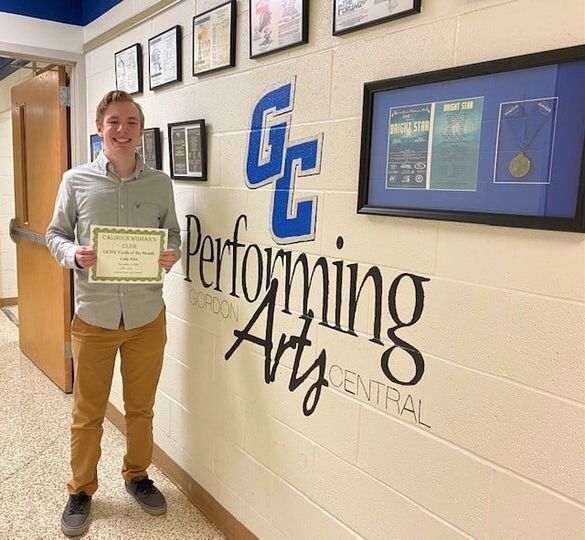 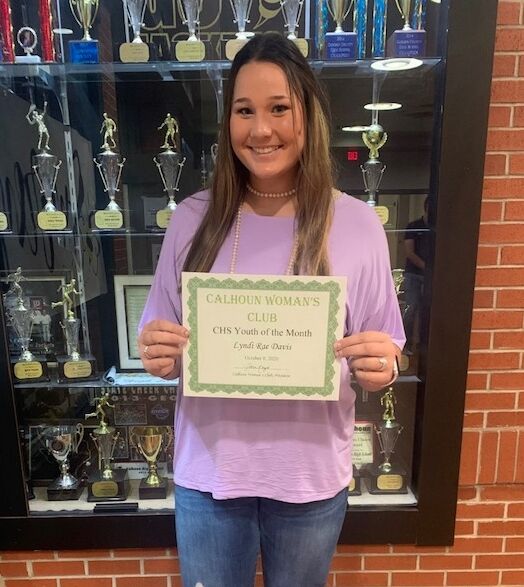 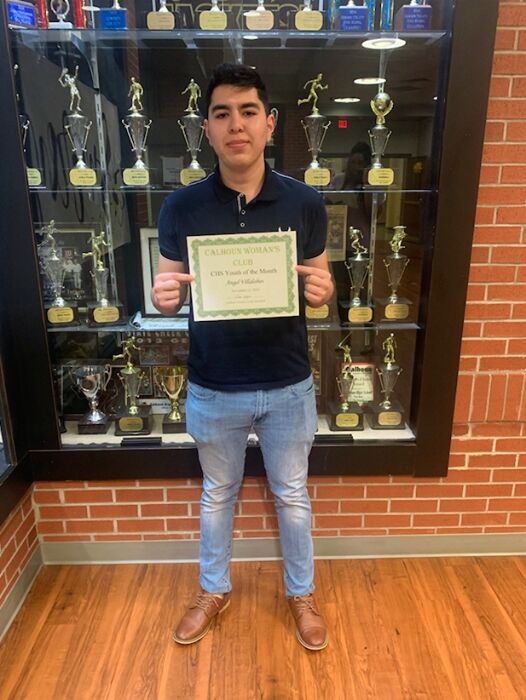 The Calhoun Women’s Club recently announced their youth of the month honorees. The group picked two students at each of the local high schools. Those students included:

Sonoraville High senior Whitney Bramlett: Bramlett was recognized at a virtual meeting with members of the Calhoun Woman’s Club to congratulate her on being named as SHS’s October Youth of the Month. Whitney was nominated by teacher Hannah Nelson.

“Whitney is a talented young lady with a bright future! I am proud that she has been a member of the SHS Choral and Theatre programs since eighth grade. Whitney is a wonderful example of hard work, talent, and a special willingness to help in any capacity. She is a joy to teach and I have enjoyed every moment!” Nelson said.

SHS senior Meegan Roberts: Roberts recognized at a virtual meeting with members of the Calhoun Woman’s Club to congratulate her on being named as SHS’s November Youth of the Month. Meegan was nominated by teacher Lori Key.

“Meegan is an outstanding student that reaches beyond expectations in the classroom and in her community. She currently has a 4.0 GPA and is on-track to be an Honor Graduate at Sonoraville High School. She has received many academic awards and achievements including awards for Honors Literature and Honors Government. She has also received character awards for dedication, service, perseverance, attitude, and belief. She plans to attend Georgia Southern University in the fall where she will pursue a nursing degree,” said Key.

Gordon Central High student Emily Fraire: Fraire, who was nominated by Lt. Col. Mike Mansi, was the October Youth of the Month. Mansi described her as “an outstanding JROTC student.”

GCHS student Luke Hare: Nominated by Kim Watters, on behalf of the GC Performing Arts faculty, Hare was the November Youth of the Month.

“Luke is an outstanding young man who contributes so much to make us a better program,” said Watters.

Calhoun High School’s Lyndi Rae Davis: Davis was picked as the Youth of the Month for October. She is a student athlete who works hard to balance both school and sports making sure to excel on and off the field. Davis is currently working with Dr. Mitch Frix through the CHS Work Based Learning program. She is a fierce competitor with a heart of gold and plans to attend The University of Georgia in the fall.

CHS student Angel Villalobos: Villalobos, the Youth of the Month for November, is a terrific student who exemplifies determination, hard work and kindness. He is always polite, dependable and willing to help others at a moment’s notice. His teachers look to him for help with reaching his classmates who may be reluctant to participate in class activities. Villalobos has a no excuses attitude, and it is demonstrated in all that he does.

Sandy Springs OKs ex-church site for St. Martin’s but not without caveats

Sandy Springs council: Fulton TSPLOST vote should be in November, minus transit part

Analysis: For Biden, chance to turn crisis into opportunity

How the Joe Biden presidency could impact your money

Indian village cheers for Harris before swearing-in as US VP

On Day One, Biden to undo Trump policies on climate, virus