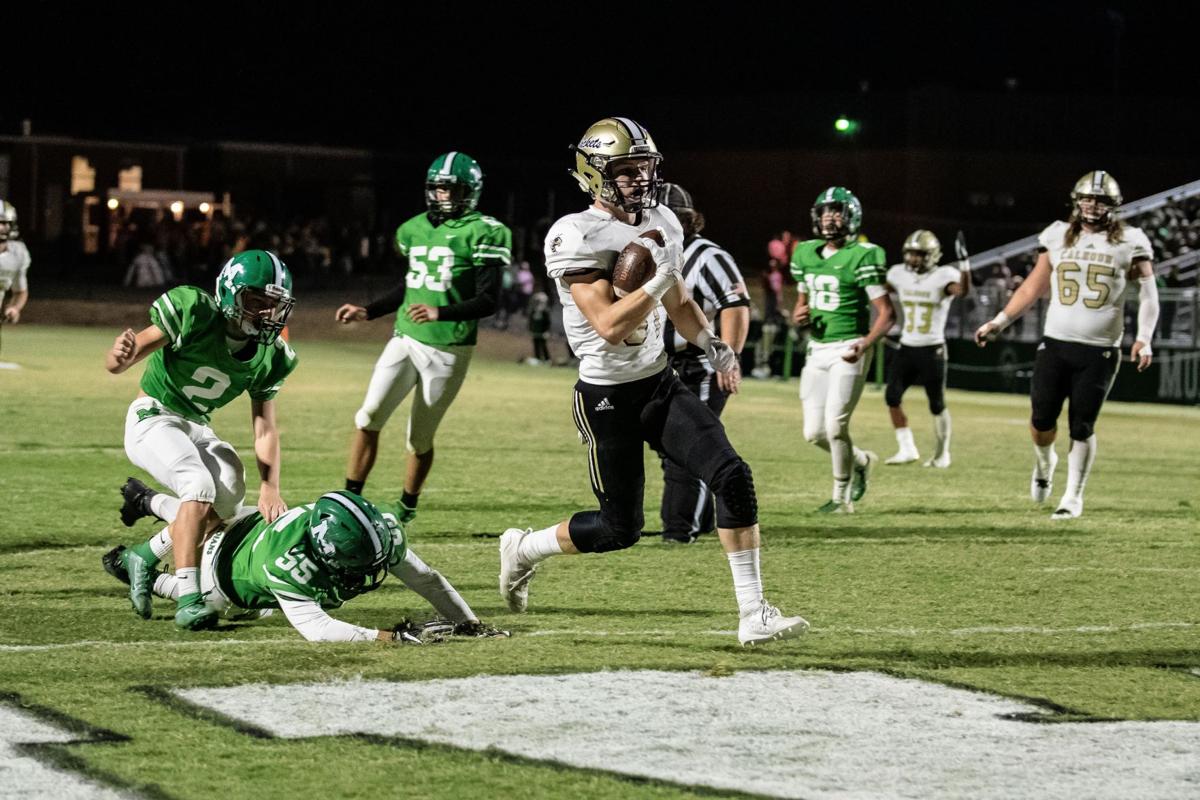 Calhoun sophomore Cole Speer streaks across the goal line for a touchdown during the Yellow Jackets game against the Murray County Indians at Murray County High School on Friday, Oct. 18. 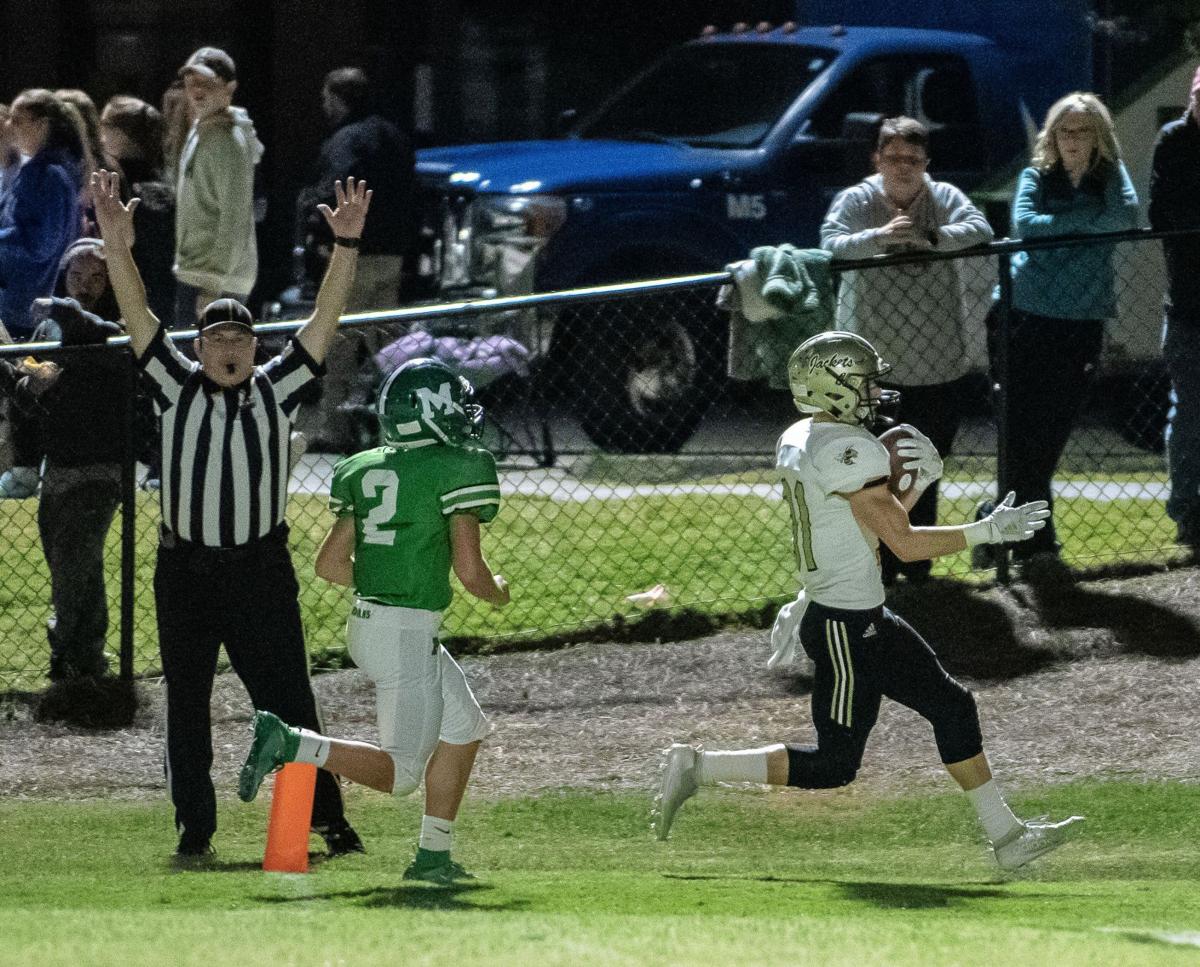 Calhoun sophomore Cole Speer streaks across the goal line for a touchdown during the Yellow Jackets game against the Murray County Indians at Murray County High School on Friday, Oct. 18.

Thanks to a big fourth quarter, the Calhoun Yellow Jackets (6-1, 4-1 region) overwhelmed the Murray County Indians (4-4, 2-4 region) 35-0 at Murray County High School on Friday. It is Calhoun’s second shutout of 2019.

After a Jake Prather interception on the second play of the game, running back Jerrian Hames scored an early 1-yard touchdown run to take a 7-0 lead. The Jackets scored once more in the first quarter, thanks to Jake Morrow (29-of-37 for 284 yards and a touchdown pass) hitting Cole Speer for a 13-yard touchdown, but were unable to do get back on the scoreboard until the fourth quarter.

While the Jackets saw a good amount of success offensively, the Murray County defense frustrated them on the Indians’ side of the 50 and the red zone.

Yellow Jackets head coach Clay Stephenson chimed in on Calhoun’s offensive struggles in plus territory and the red zone.

Calhoun capitalized on Murray’s capitulation, as they rattled off three touchdowns, including a pick-six by Brett Bradley on a bad fake punt pass attempt from well inside Indian territory. Calhoun then put in its reserves and ended up winning by five scores.

“Overall, I thought we played well,” Stephenson said. “We controlled the game, but we’ve got to be able to finish those drives… The second half we came out and took care of business.”

The Jackets will host Coahulla Creek at Hal Lamb Field at Phil Reeve Stadium next Friday, Oct. 25 at 7:30 p.m.

The Latest: Trump goes to Mount Rushmore for fireworks

At Rushmore, Trump to say protesters seek to 'defame' heroes

Cops fired over photos of chokehold used on Elijah McClain

Dog in Georgia tests positive for virus that causes COVID-19