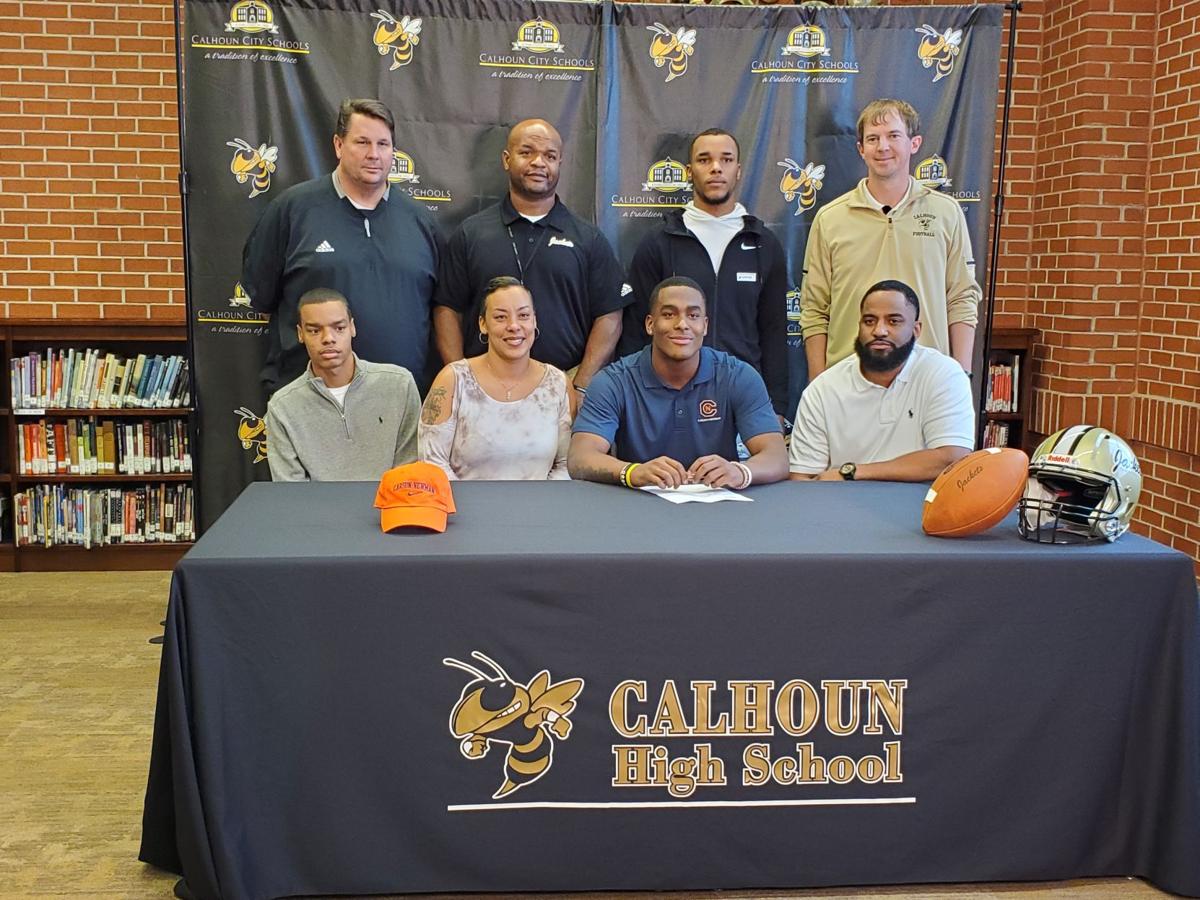 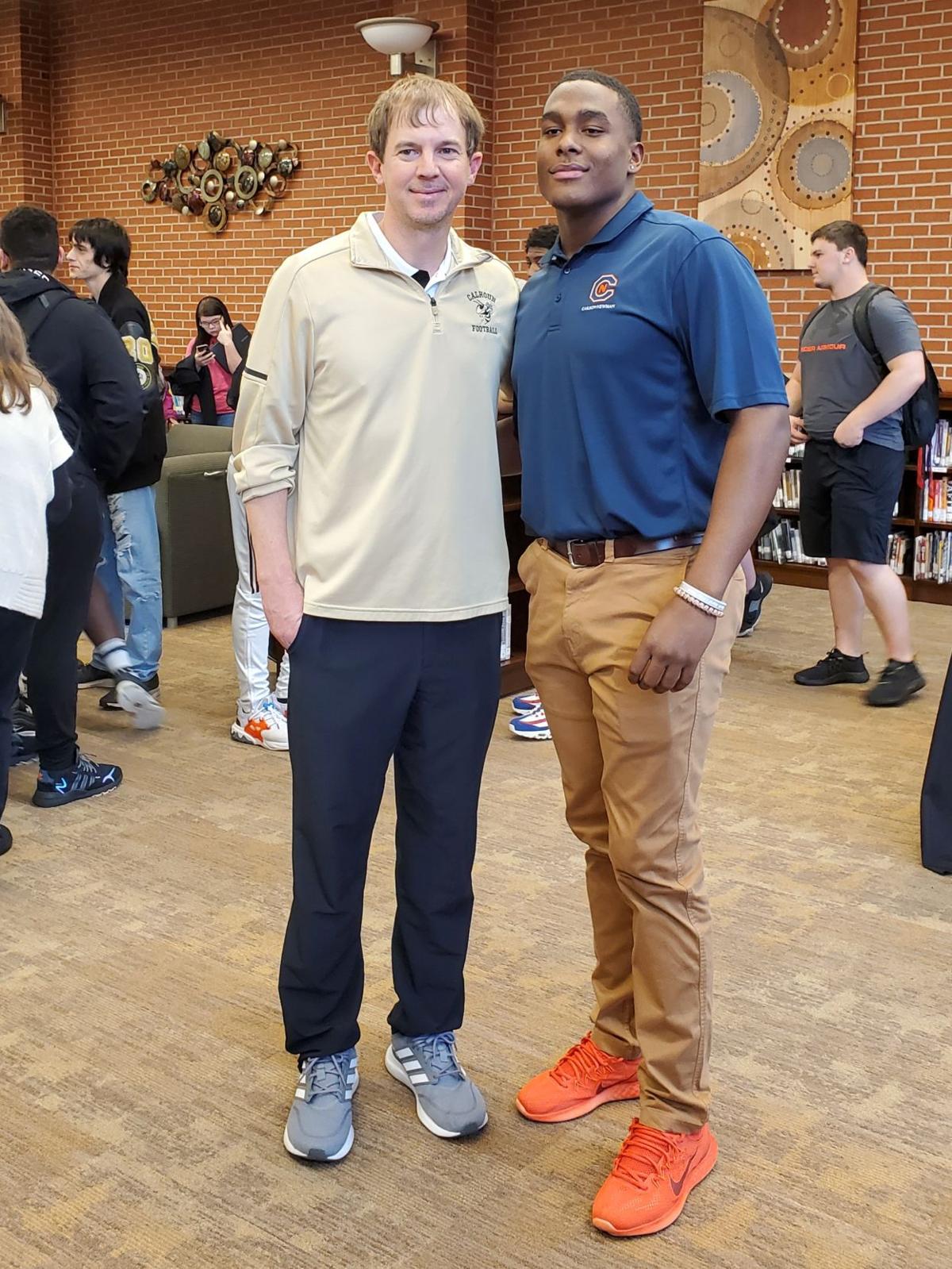 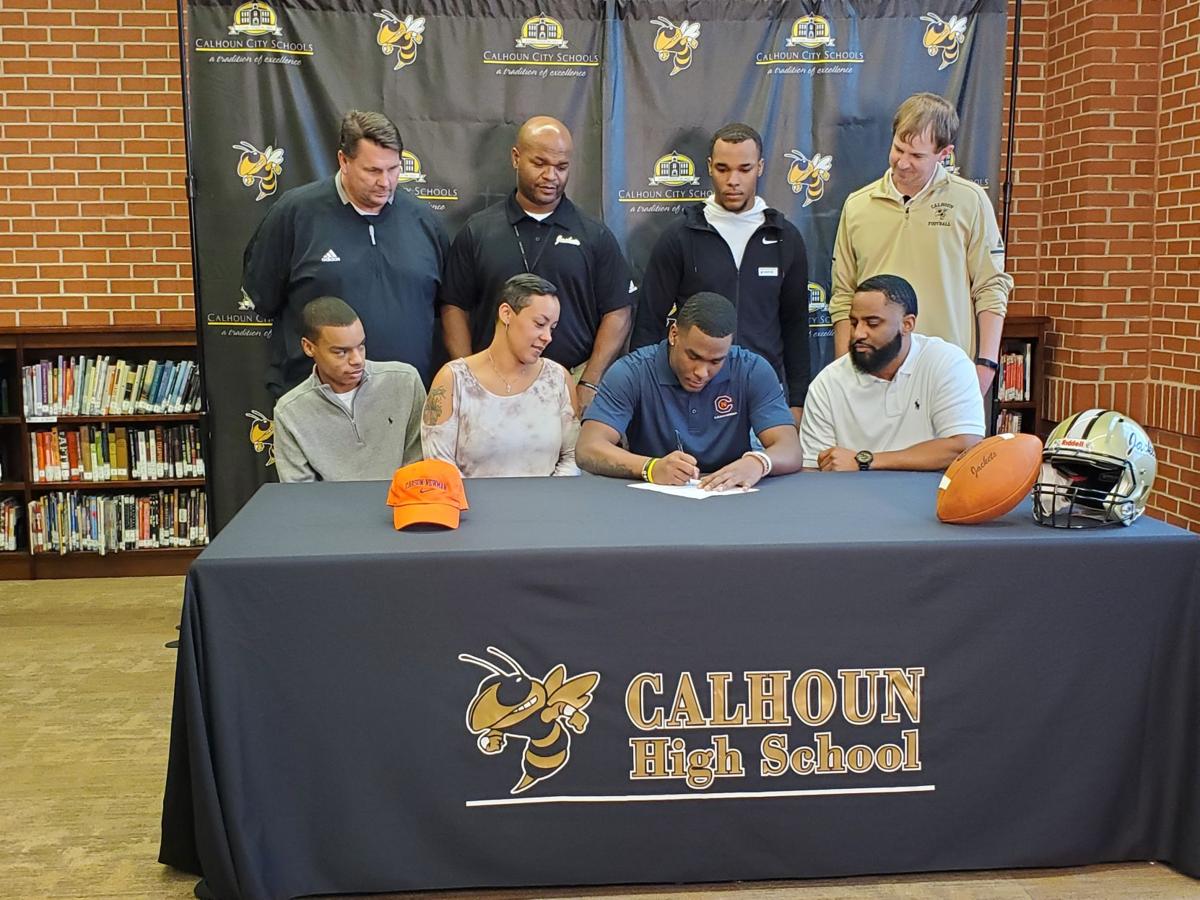 On Wednesday, the senior defensive lineman signed a football scholarship with Carson-Newman University in a ceremony at Calhoun High School, surrounded by family, teammates, friends and administrators.

“The feeling’s good,” Griffin said. “Everyone came out here and supported me, and hopefully, they’ll still support me when I go up there and show out.”

Earlier this year, Griffin took a visit to Carson-Newman University in Jefferson City, Tennessee, about 30 miles northeast of Knoxville.

“When I went up there, they supported me,” Griffin said. “It just felt like home.”

“He’s a great kid, both on and off the football field,” Stephenson said. “Getting to know his family the last four years, I see how strong family is for him. The character he’s developed through football I feel like is going to take him a long way.”

Griffin is a three-time region and one-time state champion, earning a ring in 2017 when the Yellow Jackets won their most recent title at Mercedes-Benz Stadium in Atlanta.

Griffin said he will become the first member of his family to go to college, adding he takes pride in that accomplishment.

“They’re very excited,” Griffin said regarding his family. “It’s just a lot of emotion and they’re going to support me.”

Stephenson said the feeling of a signing day is special considering the four years someone has committed to a program.

“All the hard work that you see your kids put in for four years and let it pay off and being able to go to college is special,” Stephenson said. “A culmination of hard work he’s put in, the coaches have put in to him and his family (and) the commitment they’ve put in.”

Stephenson said while Griffin’s football abilities are superb, it’s what Griffin brought off the gridiron that will be missed the most.

“We always knew we could count on him on the field,” Stephenson said. “He was a leader ... in the weight room, on the field and in the classroom. I feel like just his overall, calming personality will be the biggest thing we miss.”

“He led by example in every part of his life and I feel like that’s the ... biggest impact he left on us as coaches and he left on his players and the school,” Stephenson said.

Griffin gave a simple explanation as to what he would miss most about Calhoun High School and the football culture.

“Working out with the dogs,” Griffin said with a smile, referencing his teammates. “(On Friday nights), walking out with my family and getting hyped.”