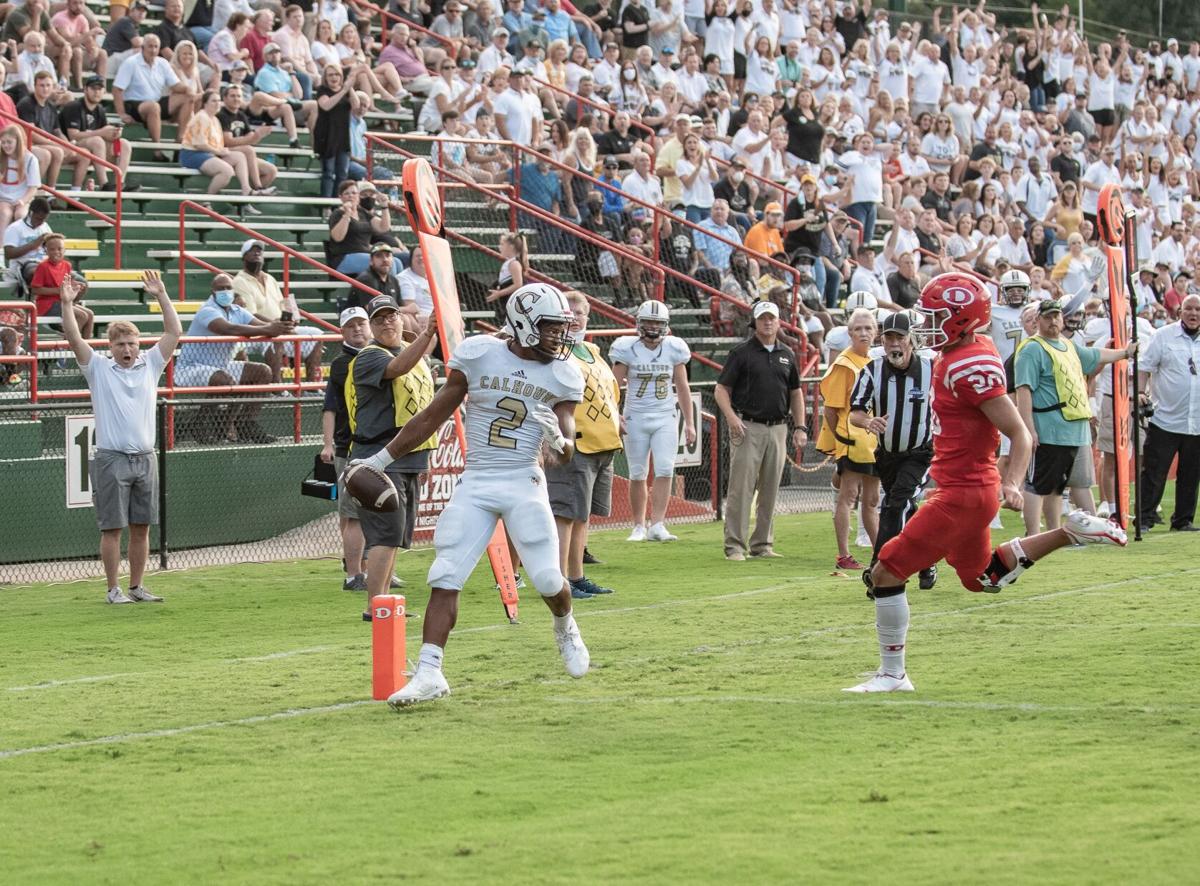 Calhoun runningback Jerrian Hames crosses the goal line for one of his three touchdowns Friday night. 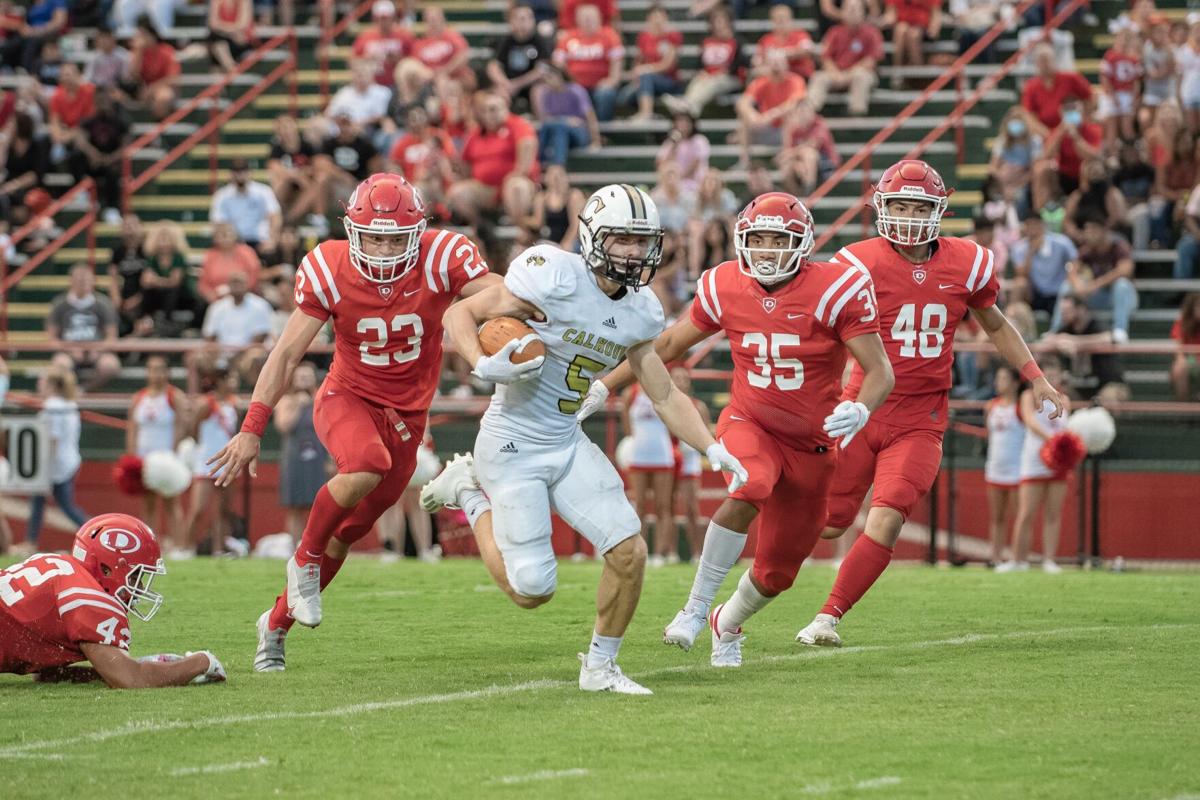 Calhoun runningback Jerrian Hames crosses the goal line for one of his three touchdowns Friday night.

A question for Calhoun High School heading into the 2020 season was how the Yellow Jackets would fare against the competition of larger schools as the team moved into a higher classification.

A convincing 41-14 win over Class 6A Dalton (0-1) at Harmon Field Friday night seemed to ease that concern for the former 3A power, which moved up to Class 5A this season.

“That was unexpected there,” said Calhoun Coach Clay Stephenson of the lopsided win. “We’ll take it though.”

Calhoun (1-0) jumped out to a quick 14-0 lead to start, but Parker Adams’ interception and quarterback Ashton Blackwell’s subsequent 8-yard touchdown sprint brought the Catamounts closer to the Yellow Jackets. The 14-7 score held at the end of the first quarter, but Calhoun kept scoring.

Change-of-pace quarterback Jake Prather scored one of those touchdowns on a 3-yard run, but the other two were passes from starter Christian Lewis. Most of Lewis’ damage on the night came on quick screen passes, as the quarterback slung balls left and right to speedy skill players who picked up yards after the catch. Lewis completed 22-of-28 passes for 225 yards and two touchdowns.

Land also singled out wideout Cole Spear, who had seven catches for 122 yards.

This was the opening game for both teams, as schools statewide had the start of their seasons delayed due to the new coronavirus pandemic. The impact of COVID-19 could be seen in the stands, as Harmon Field’s capacity was cut in half to a maximum of 3,750 fans, and attendees wore face coverings and practiced social distancing. On the field, the actual football looked like action many have become accustomed to.

For Dalton, it was a game of answering questions as well, Land said.

“With a team this young, we had a lot of question marks coming in,” Land said. “I think we found a few, not all of them, but a few answers tonight.”

One of those answers might be Blackwell, who, in addition to his rushing score, completed 10-of-15 passes for 120 yards, including Dalton’s second-half score, a 15-yarder to Karim Page.

That play and extra point cut the Calhoun lead to 34-14, but the Yellow Jackets punctuated the victory with Jerrian Hames 1-yard touchdown plunge. The running back tallied 124 yards and two rushing touchdowns on 21 carries, also scoring on a 25-yard catch-and-run from Lewis.

The Dalton backfield didn’t produce nearly as well as Hames in the Catamounts’ first game without last-season’s All-American runner Jahmyr Gibbs, who’s now at Georgia Tech. Maurice Howard, wearing Gibbs’ No. 1 jersey, led Dalton with only six carries, putting up 30 yards as the Catamounts shifted to a more air-based attack after falling behind.

Stephenson also announced on Friday that Calhoun will take on the McCallie School next Friday at Finley Stadium in Chattanooga.

McCallie, a private school, won a state championship last year. Finley Stadium is where the University of Tennessee at Chattanooga football team plays.

“It’s very exciting. The kids are going to be really excited about it,” Stephenson said.