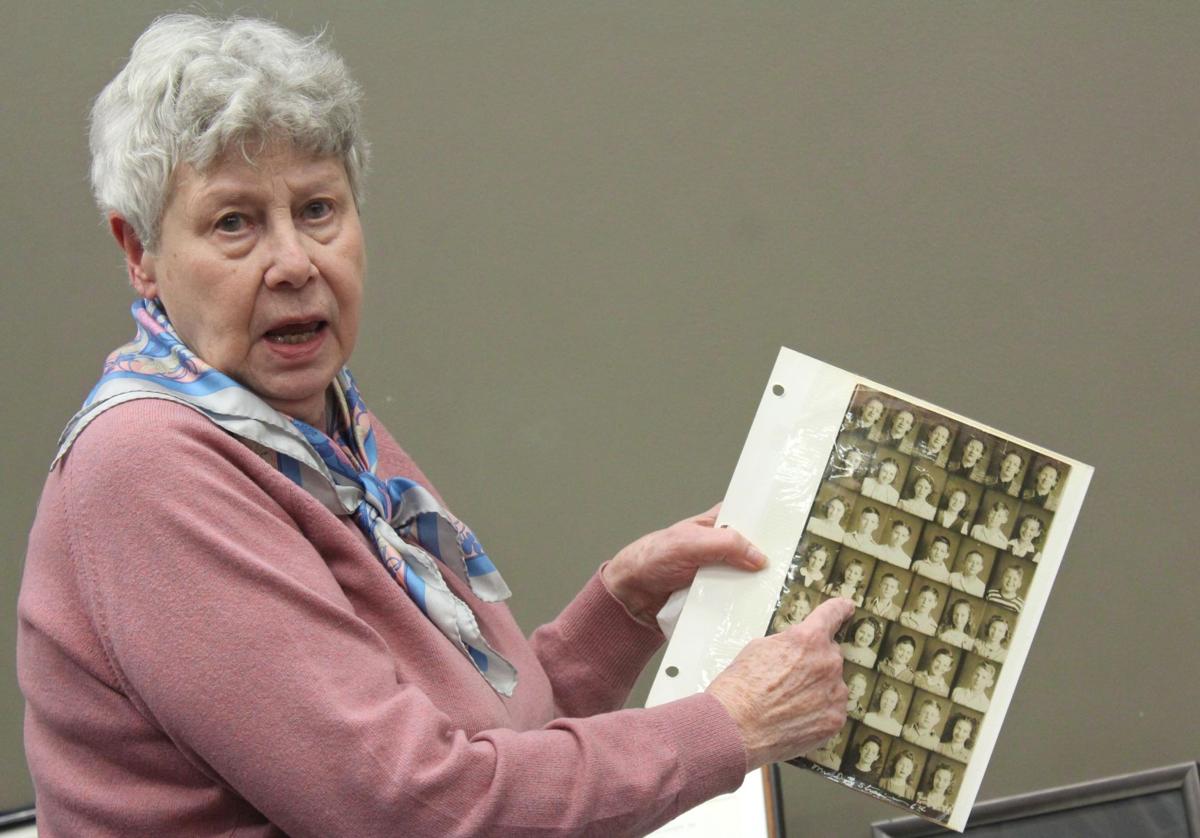 Mignon Ballard points to the school photo of herself from her childhood at a 2020 meeting with the Calhoun Historical Society. 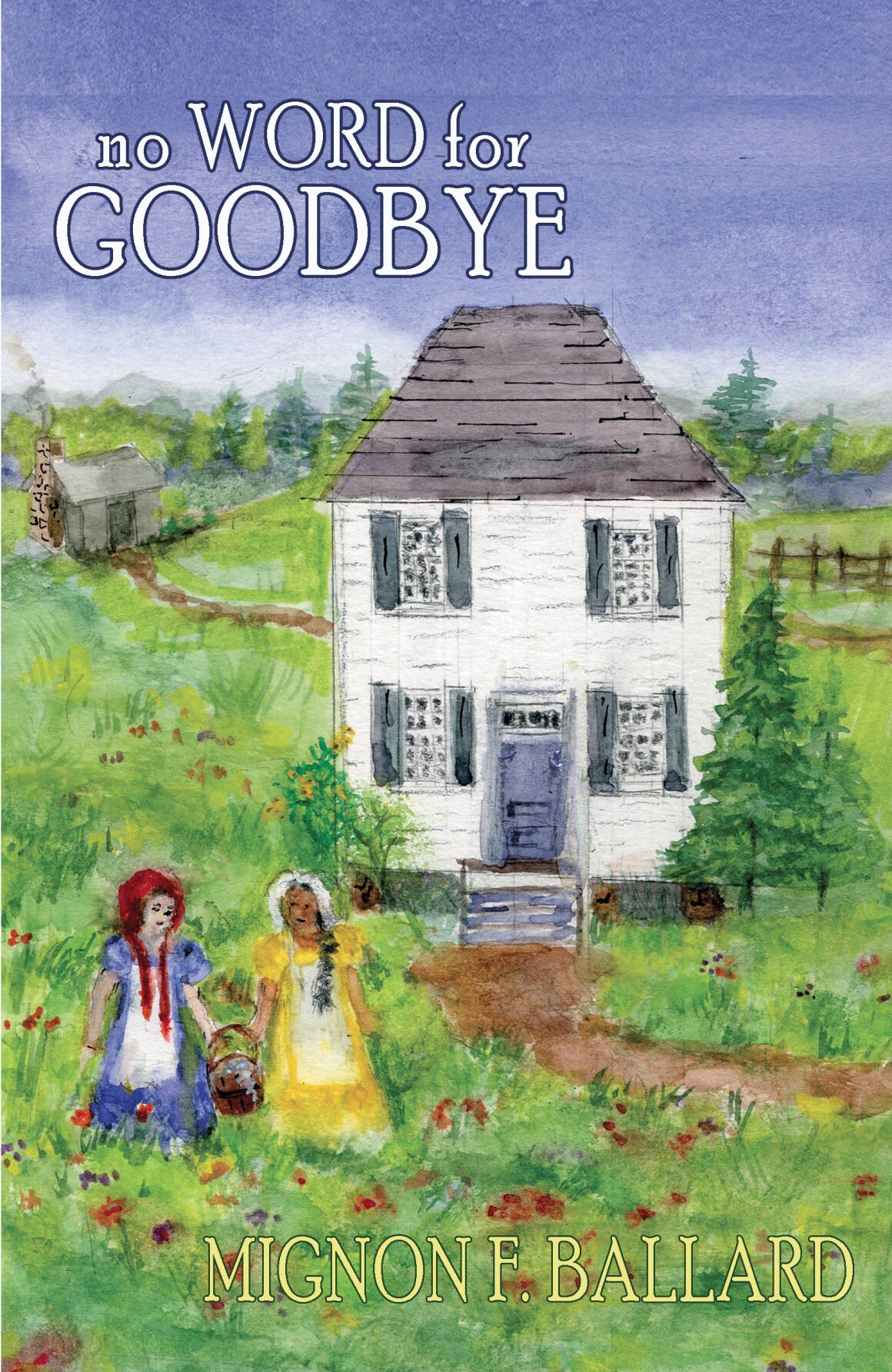 The cover of Ballard’s new novel, “No Word for Goodbye,” features art created by Ballard and her friend Marilyn Lindholm.

Mignon Ballard points to the school photo of herself from her childhood at a 2020 meeting with the Calhoun Historical Society.

The cover of Ballard’s new novel, “No Word for Goodbye,” features art created by Ballard and her friend Marilyn Lindholm.

Mignon Ballard first dreamed of being an author when she was a little girl growing up in Calhoun. Now, 20 published books later, Ballard is preparing to publish a novel for young adults set at one of her very favorite locations in Gordon County: New Echota.

As a regular volunteer and board member for the historic site, Ballard has long felt the former capital of the Cherokee Nation and the people who lived there had stories that needed to be told and shared with modern readers, particularly children.

“What happened at New Echota was horrible in a lot of ways, and it’s sad that many people don’t know what happened there or anything about the people who lived there when, you know, it’s right here in town,” she said. “There’s a lot we can learn from what happened today, especially about learning to live with other people and their differences and the dangerous things that can happen when we don’t do that.”

Her new novel, “No Word for Goodbye,” is set at New Echota in 1831-1832 and is told from the perspective of an 11-year-old white girl who, because of family emergencies, has been sent to live for several months with her uncle, a printer at the Cherokee Phoenix newspaper, and his Cherokee wife, Nancy. While there, she learns there is no reason to fear the people with whom she has come to live and even learns to love the culture she finds herself surrounded by.

Based loosely on real folks and real historic events, “No Word for Goodbye” will be released on Saturday, March 20. It will be available for purchase online through her publisher, Bella Rosa Books, on Amazon and through order at Barnes and Noble.

“I really thought the story was one that needed to be told,” Ballard said. “It was fun to write, too. This is the first book I’ve written in a long time in which I didn’t kill anyone. I write a lot of mysteries, so I usually can’t get away without losing a character or two.”

Many of Ballard’s other books are indeed mysteries, though she was quick to note that they were “cozies,” or mysteries in which the violence occurs offstage or before the book begins.

“I don’t really like writing violence and all of that sort of stuff,” she said, “But I really love to write mysteries. I like setting up the clues for people to solve the mystery along with me.”

The first novel Ballard ever published was “Aunt Matilda’s Ghost” in 1978. It is the only other children’s book she has ever put out but it serves as a good representation of Ballard’s other works for adults, as it is also a mystery.

Set in the small college town of King’s Creek, “Aunt Matilda’s Ghost” tells the story of Tomboy Peggy Patrick and her family, who move into an old, supposedly-haunted Southern manor home on Walnut Hill. Not long after moving in, the family discovers that the ghost stories are real — and that their Great-Aunt Matilda is the ghost! Peggy and her brothers set out to then clear the name of Aunt Matilda’s long-dead fiance, Calvin, who was wrongly accused of suicide. What follows is a surprisingly funny, occasionally creepy mystery as the children learn more and more about the past of Aunt Matilda.

“I still really love that story, the story of Aunt Matilda,” Ballard, who has a portrait in her living room of the manor home depicting Aunt Matilda’s ghost in the window, said. “It was a lot of fun to write and it means a lot to me, too, because it was my first novel to get published.”

For those in Calhoun who might hope to publish their own novels, Ballard suggested joining a writers group, such as the Calhoun Area Writers. She joined a similar group with a bunch of fellow writers while living in S.C. before her first book was published, and she said getting the feedback and critique from others interested in her craft was vital to her growth.

“I think the best thing you can do is write, write, write, and let people read that writing. Let them tell you what they think and really listen. Make sure the people you ask are people who know about writing,” she said, “But listen to them. Being an author means you have to take that feedback. You can’t get offended by other people’s opinions, so even if they don’t like what you’ve written, take that feedback and keep writing.”

Global shares rise on hopes for US stimulus package