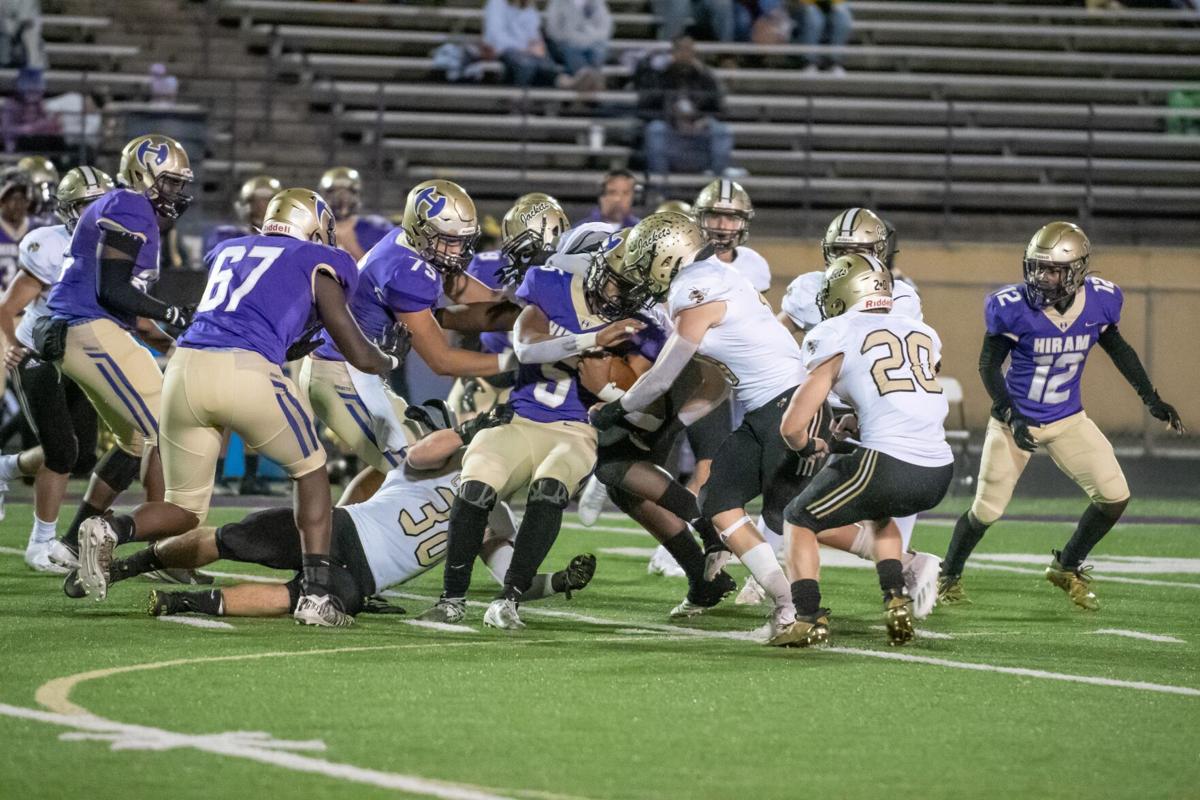 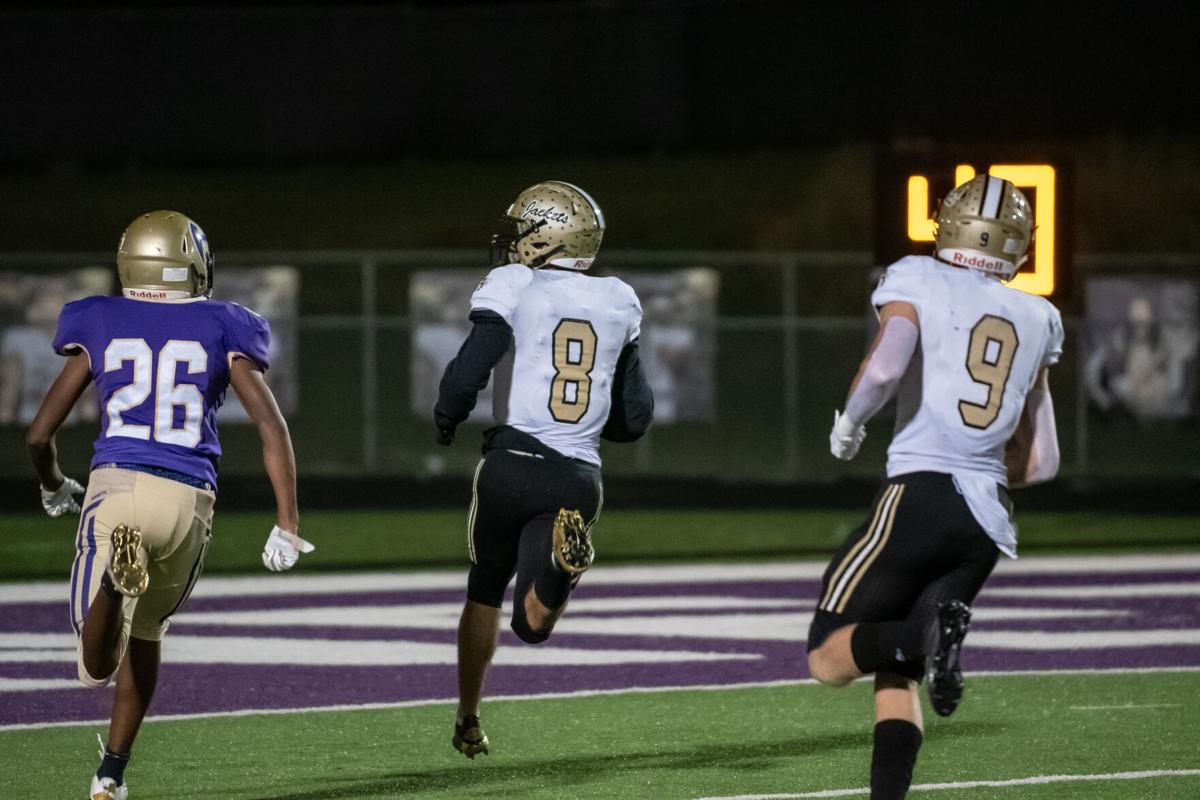 William Seamons breaks free for a touchdown on Friday. 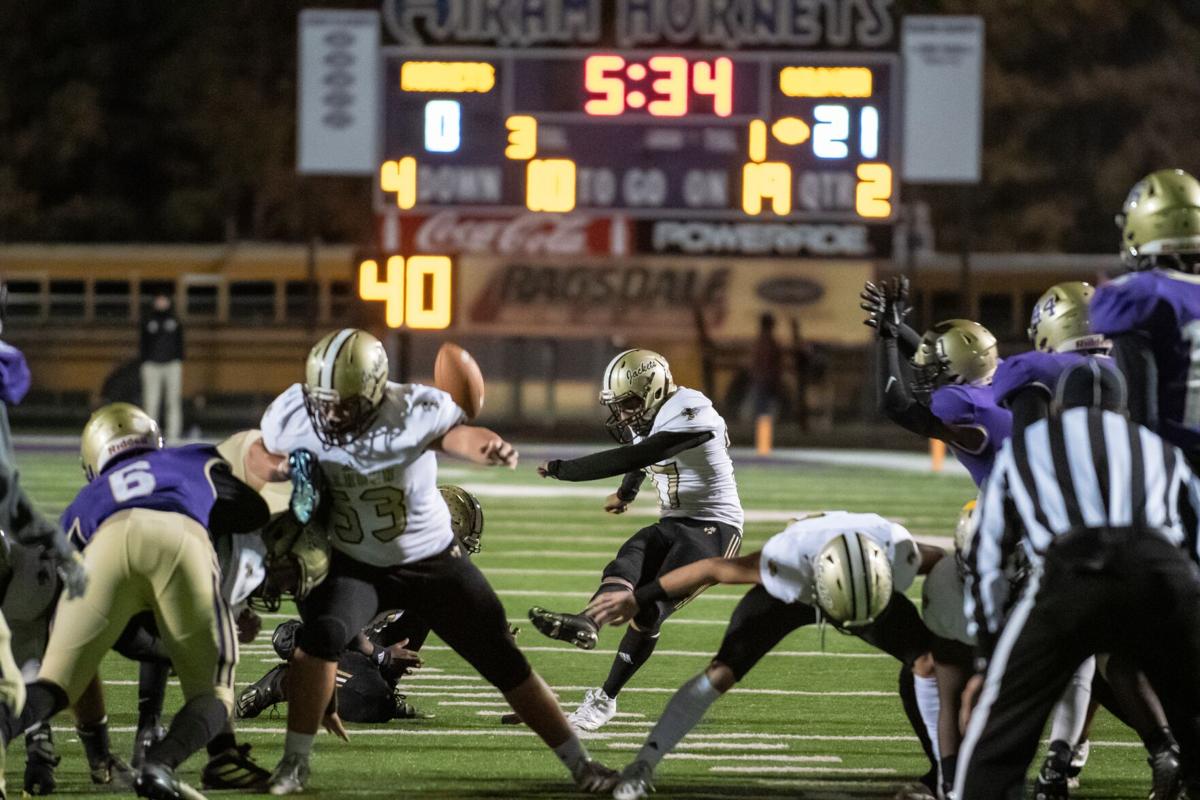 William Seamons breaks free for a touchdown on Friday.

Fresh off their bye week, Calhoun started Region 7-AAAAA play for the first time on Friday night as they traveled to Hiram. The Yellow Jackets made a statement in their new region, as they destroyed the Hiram Hornets 47-27.

Calhoun head coach Clay Stephenson was happy with his team’s performance in their first region win.

“We played well,” Stephenson said. “I was very impressed with the guys. It was 40-0 at halftime. It got a little closer at the end than we would’ve liked, but we had our JV guys out there. I was proud of their effort as well. Overall, I was very pleased.”

The score was not even indicative of how one-sided the game was. As Stephenson alluded to, the Jackets basically shut it down after the first half and emptied the bench. That’s when Hiram decided to make the score look a little less embarrassing. Stephenson talked about the play of his first-team defense in the first-half shutout.

“The first team – they were flying around to the football like they’ve done the first five games,” Stephenson said. “I was very proud of their effort. They did a few things wrong that we’ll have to correct, but for the most part, I was very pleased with them.”

To the action itself, Calhoun opened up the scoring on the first drive of the game as Jerrian Hames took a handoff and ran for a 59-yard score. Hames only got 13 touches in the game but made the most of them, as he ran for nearly 100 yards and added two touchdowns.

“He ran the ball hard,” Stephenson said. “They were tough to block up front. We knew that going in. The holes were few and far between, but I felt like he did a good job taking advantage when he had the opportunity.”

After being held to a three-and-out on their second offensive possession, the Jackets’ offense looked bound to repeat it on their third drive. However, Calhoun punter Christopher Lewis made the gutsy decision to run for the first down. His twin brother Christian Lewis capitalized on the fresh life in the drive by throwing a 34-yard pass to Cole Speer and hitting Greyson McEntyre in the end zone from 4 yards out.

Calhoun’s receivers gave the Hiram secondary fits all night. The Jackets did whatever they wanted to in the passing game. Despite only playing a half, Christian Lewis finished with 144 yards through the air on 13-of-21 passing and three touchdowns and no interceptions. His progress in protecting the football and making good decisions pleased Stephenson the most.

“He was very smart with the ball. A couple of times they (Hiram’s defense) covered (the receivers) when we were trying to throw, and he did a good job of scrambling. He’s getting better and better each week. We got to get back and work on some things, but I was pleased with his play.”

Christian Lewis was not done either. He threw two more touchdown passes in the first half (a 57-yarder to Will Seamons and an 11-yarder to Speer). A made 36-yard field goal by Carlos Orozco, a safety on a botched special teams play by Hiram and an impressive touchdown run by Hames, in which he broke a tackle and powered his way into the end zone from five yards out, made it 40-0 at halftime.

In the second half, Calhoun was content to rest on their lead (besides an 8-yard touchdown run by Kaleb Ray), and the Hornets (0-6, 0-1) took advantage of the Jackets’ benevolence, as the home team put up 27 points. Hiram quarterback Qamar Grant, who did nothing in the first half, scored two of those touchdowns (29-yard and 24-yard passes to Dijon McKissack) against the Calhoun backups.

One of the biggest things Stephenson wanted his team to improve on was in the area of concentration penalties – penalties like offsides, delay-of-game etc. that drive a coach crazy. Calhoun committed only two of those in the game.

With the win over Hiram, Calhoun (5-1, 1-0) now faces maybe their toughest test of the season, as they host Blessed Trinity next Friday at 7:30 p.m. Stephenson is ready for the challenge.

“This was the biggest win of the season because it was the first region game. This one is behind us now. Now, it doesn’t mean anything. We’re ready for Monday morning and getting ready for Blessed Trinity.”

Review: The final Trump-Biden debate was a study in exasperation