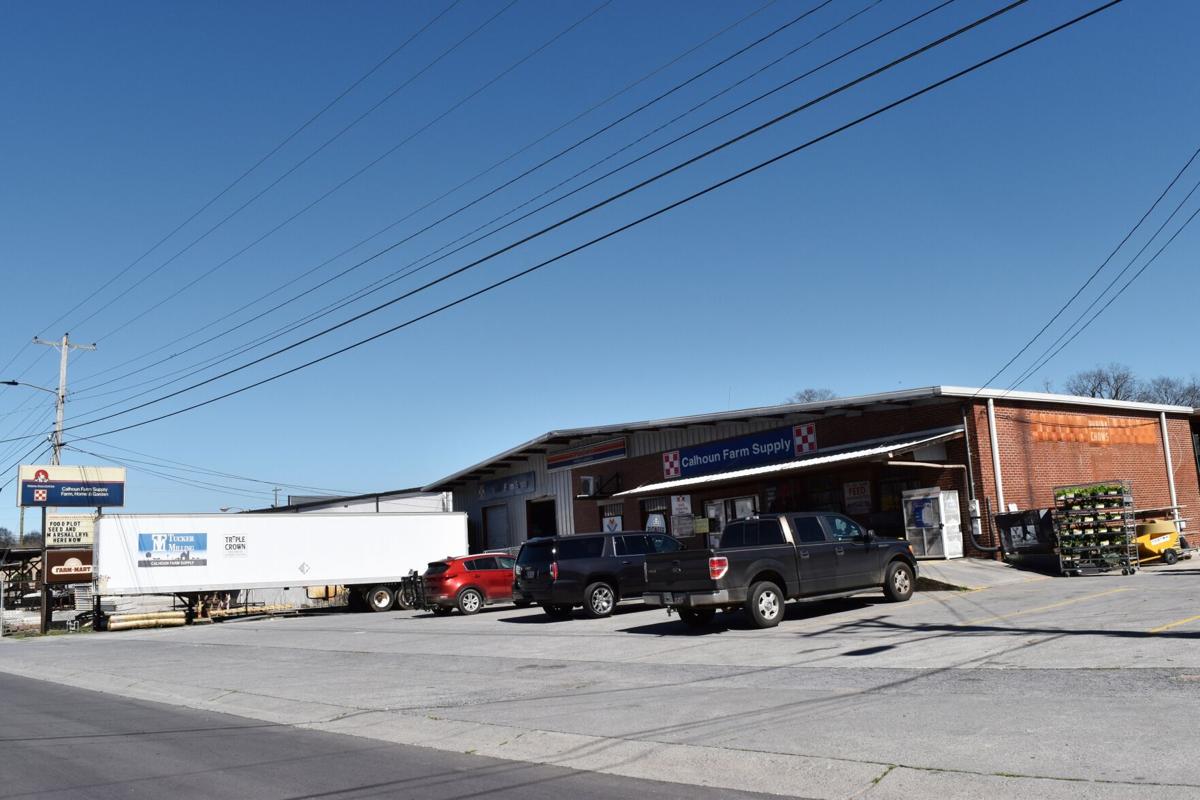 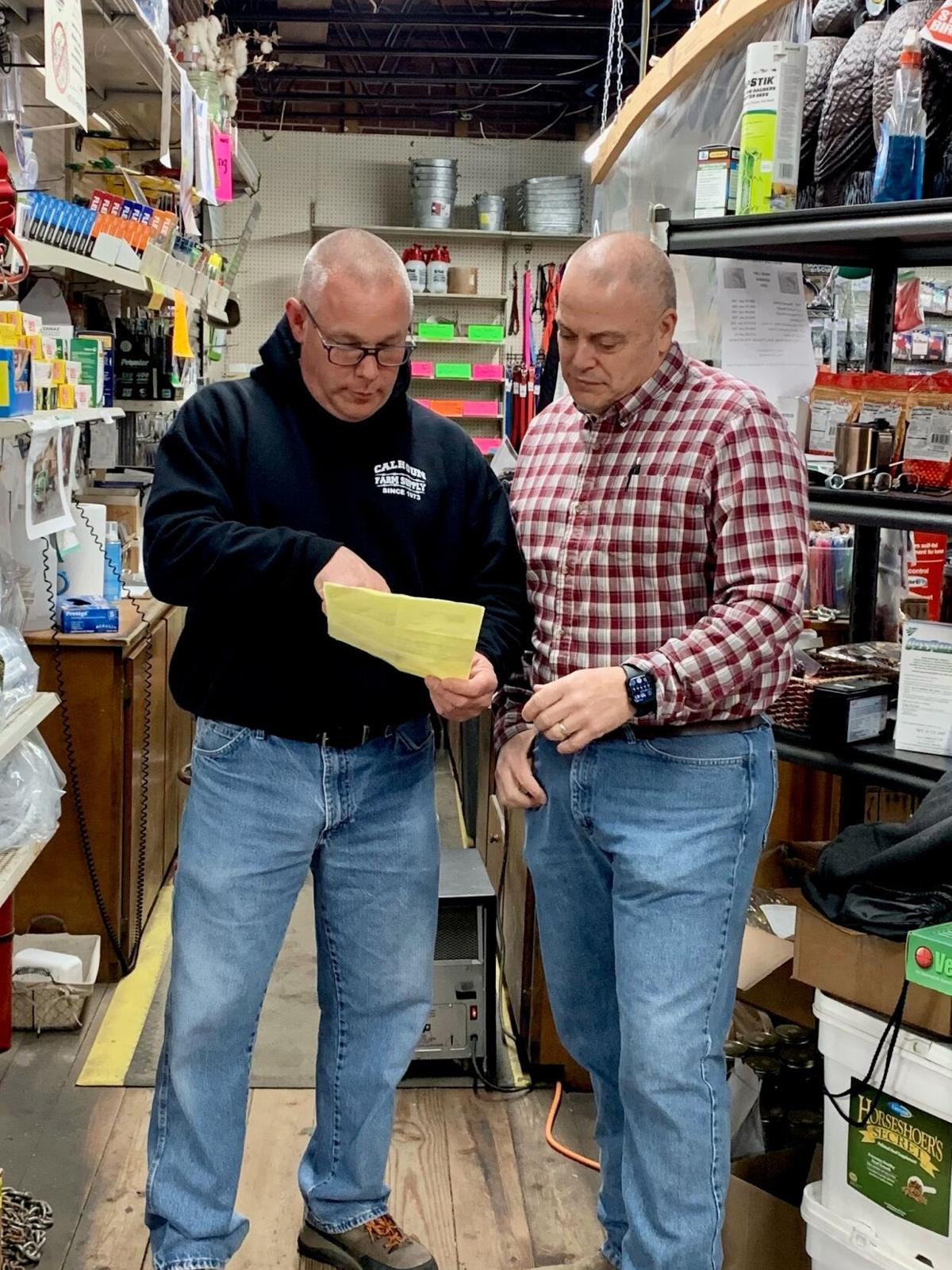 Doug Johnson, left, and Nathan Serritt look over some paperwork behind the Calhoun Farm Supply register. 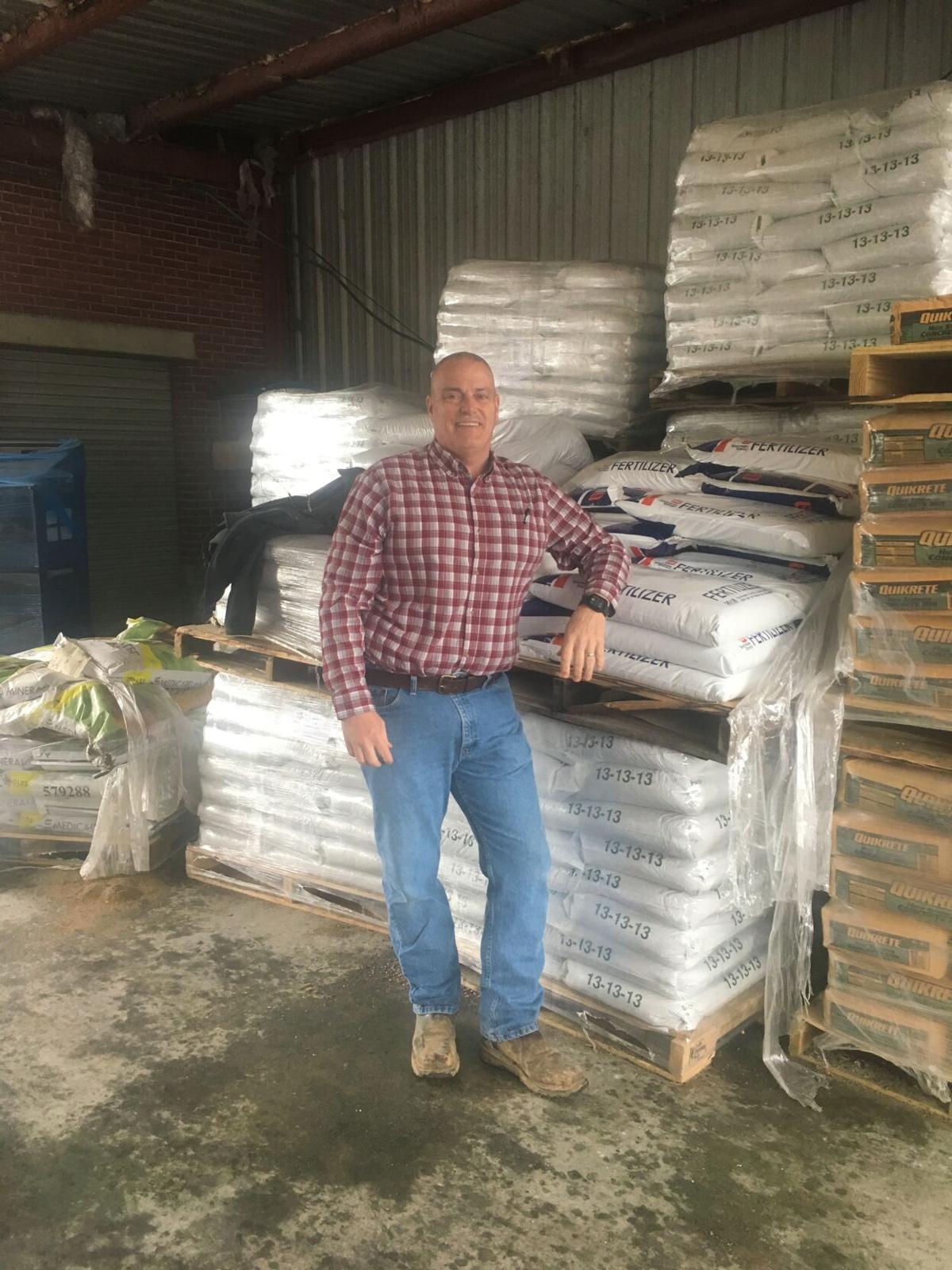 Doug Johnson, left, and Nathan Serritt look over some paperwork behind the Calhoun Farm Supply register.

Every once in a while, Nathan Serritt looks at the knotted and uneven boards of the floor in Calhoun Farm Supply and makes a resolution to have the wood sanded and finished. But he always reverses this decision after mentioning it to customers who invariably respond with a resounding “No!”

That wood, along with the customer service, the locally produced products and the shelled peanuts available near the register, lends a down-home feel to the place. Customers simply don’t want their beloved local feed store polished and updated, and ultimately, Serritt gets that.

A half century in the feed business

The store has sat beside the railroad tracks on King Street in downtown Calhoun for nearly half a century now, and it’s been in the Serritt family since it opened in 1973.

Serritt himself has spent nearly his whole life there in some capacity, first napping on the piled feed bags when he was just a few years old and then taking a warehouse position when he turned 14. Now, he owns the place, having bought shares from his father and brother, Roger.

Although he’s the official owner, Serritt is quick to point out that Calhoun Farm Supply has always been — and continues to be — a family endeavor. His father Mack opened the facility and supported Serritt and his four siblings, Roger, Rickey and Diane (last name now Wilson). Serritt’s mother Lonnie was the store’s original bookkeeper. Eventually, all the boys worked in the store.

The footprint evolved from the original brick building, which once housed the Collins Oil distribution center. The family rented the facility from 1973 to 1985, and additions went on over the years to include large storage areas for the feed inventory, plants and farm supplies.

“It started small, and it got bigger and bigger,” Serritt says.

A history of customer service

The Serritts began with Purina feed, a line they still carry. Nathan Serritt remembers a time when the company reps would show up wearing button-down shirts and red checkered ties.

If things got busy at the store while they were waiting to speak with Mack Serritt, they’d roll up their sleeves and pitch in with unloading product. The Serritts have carried forward that tradition of going the extra mile for customers. Store employees still wheel out feed to customers’ vehicles and load it, and there’s always someone behind the counter greeting those who enter and offering assistance.

Serritt says he’s been advised to lay out the store so customers have to weave through shelves of products before reaching an employee, but he’s kept the counter visible from the door because he wants people to feel acknowledged the minute they walk in.

There are about 10 employees in the store now, and they are all trained to give a hearty greeting the minute they see a customer.

People tend to come and stay at Calhoun Farm Supply. Serritt sees farmers and business owners build their lives and then pass on their legacies just as his father did.

“Now, I’m waiting on their sons and grandsons,” he says.

There’s fresh-brewed coffee that the regulars know about, and it’s not uncommon for people to stroll in with their own mugs, fill them to the brim and shoot the breeze for a couple of hours as they scoop up handfuls of the ever-present peanuts.

The employees tend to stay on, too. Carolyn Holbert, the store secretary, has been handling the books and billing for more than four decades now, and there are warehouse employees who have been filling feed orders and loading customers’ vehicles for close to 15 years. The store’s in-house mechanic has 24 years in. Doug Johnson, Serritt’s “right hand man” is often behind the counter running the register and has been doing so since 2015.

It’s important that everyone who works at Calhoun Farm Supply has a working knowledge of animals.

“Here, you get somebody that’s been here that can answer questions and talk to you and explain stuff,” Serritt says.

The customer base ranges from those with household pets and show animals to farmers with several hundred head of cattle.

“Beef cattle is probably my largest draw,” Serritt says. “Second would be horses, and then you get into the sheep and goat people.”

Customers can choose from a variety of feed lines and types, and if a product isn’t in stock, they can have it within a few days. Employees can place special orders on a range of products like feed and supplements. There are so many other farm necessities available — pine straw, gates, hay rings, pelleted and grass hay, fertilizer, fencing materials — that Serritt can’t even begin to list all of them.

The store also offers warranty work on the small machines it sells. Customers can bring in things like chainsaws and weed eaters for repair that they purchased at Calhoun Farm Supply or even at some chain stores. In keeping with its customer service tradition, the store keeps up with warranty information for people who purchase machines.

Although Serritt has stayed close to his original stomping grounds — he graduated Cannanland Christian School and attended Floyd College for degrees in marketing management and small business management — he has gone on a journey with Calhoun Farm Supply. He’s seen the filing system morph from straight paper to almost fully electronic, and he’s been there as the store expanded its product offerings. He supports his own family with the way of life he’s known since his own childhood.

His wife, Miranda, a registered nurse, is a fulltime mother to their two children, Addison, 12, and Landon, 10, who attend Calhoun City Schools. The family is active at Rock Bridge Community Church in Calhoun, and Serritt’s faith factors in heavily when it comes to the way he runs the store.

He says he believes the business belongs to God first and that he is in place to steward it.

“I just pray that I do the right thing and make the right moral choices and decisions and treat people fairly,” he says.

U.S. men's track team on road to be shut out of gold medals

LA gets aggressive on vaccine requirements as delta variant surges