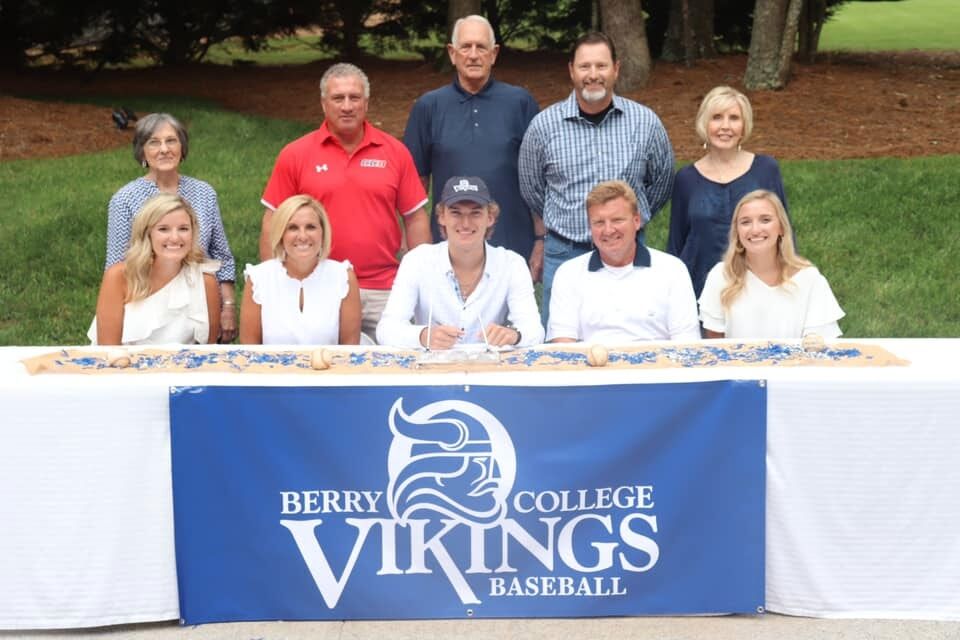 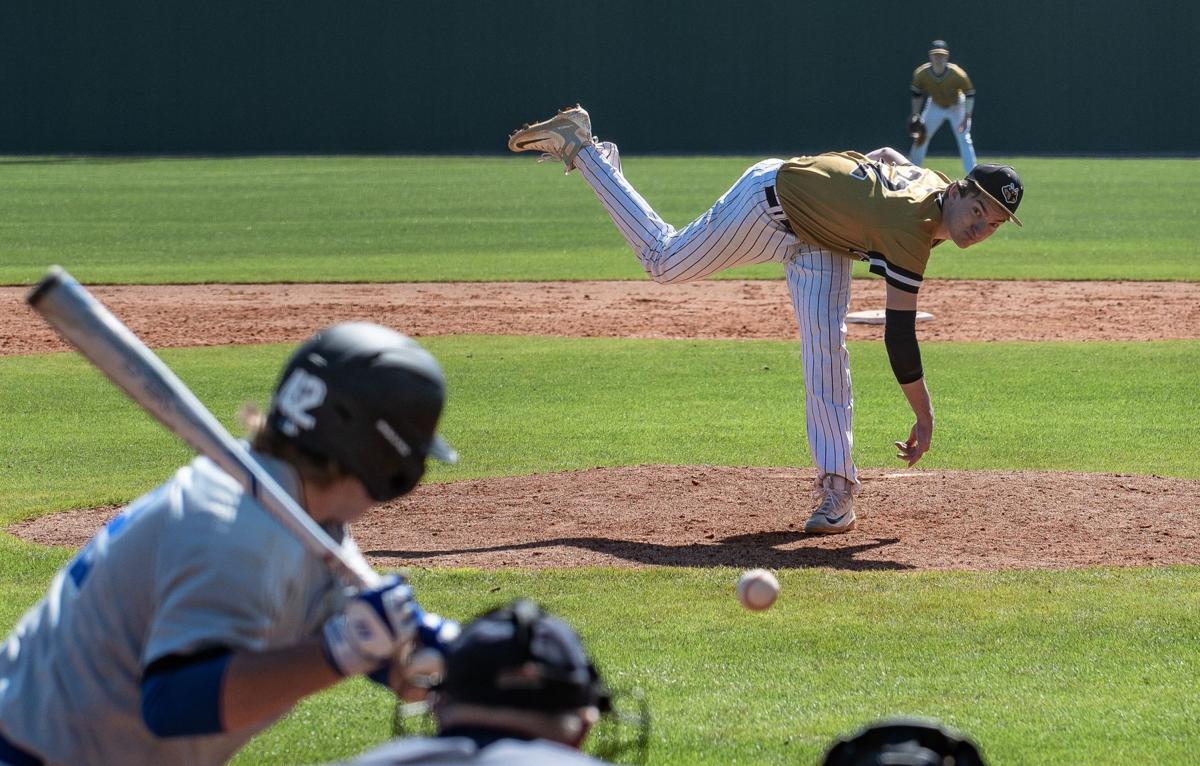 Brady Drummond has officially signed to the next level. The Calhoun High School right-handed pitcher inked a baseball scholarship with Berry College at a signing ceremony at his house, joined by family members, coaches and teammates.

“It was awesome for all my family and friends and teammates and coaches to all be at one place because I hadn’t seen everybody in awhile,” Drummond said in a phone interview. “It was the first time you could get to see a lot of people at once, and everybody coming to support me, it really meant a lot.”

Calhoun Baseball head coach Chip Henderson, who attended the signing ceremony, said it was a joyous day for Drummond, adding that people were just starting to move about more with stay-at-home orders being lifted.

“To be able to sign his letter of intent to go to the next level and play ... baseball and be able to share that with his teammates, it was just a joyous occasion for everyone involved,” Henderson said in a phone interview.

While Berry College is, essentially, right in Drummond’s backyard, Drummond said he initially did not want to attend college such close proximity to home.

“I wanted to be a few hours away,” Drummond said. “Once Berry started looking at me, I went and I visited, I really just felt like it’s a whole place by itself that I’m not familiar with.”

Drummond gradually warmed to the idea of being a Berry Viking. He said he liked the Berry’s community feel, along with the baseball program and academic setting.

“I started thinking, ‘If this school was an hour or two away, would I go to it?’ and I’m like, ‘Yes,’” Drummond said. “They have everything that I want, they offer everything that I need, so I’m not going to let it being that close to home affect me from not wanting to go there.”

Henderson said the Berry Vikings are getting a hard-working right hander with a “world of potential.”

“He was really coming into his own this year,” Henderson said. “He’s got the qualities they want in a pitcher. He’s tall, he’s lanky. He’s got a really good curveball. He’s just a complete package.”

Henderson recalls Calhoun’s opening weekend at Tift County, when the Yellow Jackets had a three-run lead and three outs to go. Henderson turned the ball over to Drummond in the seventh.

“We threw him in a tough situation against Tift County,” Henderson said. “In six pitches, he sealed the deal. Each time he took the mound, he just kept continuing to get better and being more effective.”

Henderson said Drummond’s growth has been demonstrated by his increased confidence on the mound.

“Coming in in that (Tift County) situation in a playoff-type atmosphere, I think ... that gave him a lot of confidence,” Henderson said. “The season was cut way too short and he was going to be one of our major arms we counted on ... especially in big games and get a lot of action.”

Henderson said Drummond’s best attribute is being a good teammate.

“That’s the ultimate compliment if you ask me,” Henderson said. “I’ve never seen any negativity, never witnessed any sourness. That’s something to be said in today’s time is how he treated his teammates and how respected he was by his teammates.”

When reminiscing about high school, Drummond said he would fondly remember the CHS community.

Drummond said the biggest lesson he learned from the recruitment process was to exercise patience and evaluate all options on the table.

“Don’t get uptight if you’re starting your junior year or senior year and you don’t have any offers or nobody’s looking at you,” Drummond said. “I really didn’t have anybody looking at me in the first few games at Calhoun. I was getting worried and scared, but be patience and don’t get rushed because it can come at any time.”

Drummond said his favorite memory as a Yellow Jacket was traveling to Ringgold High School and defeating the Tigers, 4-0, on March 9. Three days later, the 2020 season would abruptly end.

“Don’t take your baseball or football or any sports for granted because ... one week we’re playing three games, on Thursday we’re planning to go play a game on Friday, and that Thursday evening, there’s no more baseball,” Drummond said. “We wake up one day (and) get done with practice and didn’t know that was going to be the last time I saw all my teammates on the baseball field. Just don’t take your high school sports for granted because ... then one day, it’s all gone.”

Drummond and the Yellow Jackets went 9-0 this past season before the coronavirus pandemic prematurely ended spring sports across Georgia.

As Drummond turns his attention toward college, he said he is looking forward to meeting his new teammates and experiencing Berry’s campus.

Addiction during a pandemic: 'It's real'

Americans are more likely to report mental health concerns related to the pandemic than other developed countries, survey finds

US adds 1.8 million jobs in a sign that hiring has weakened