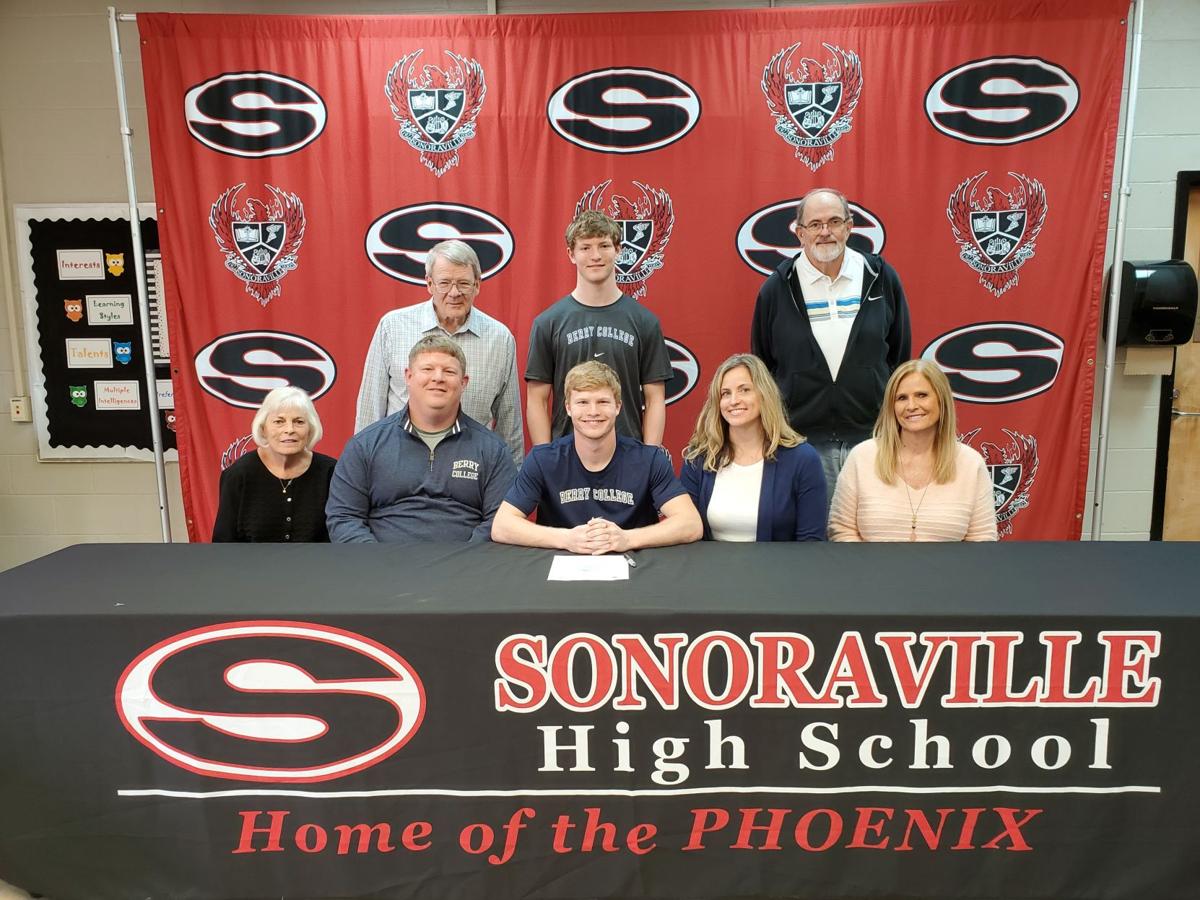 Sonoraville senior Blade Bryant poses for a picture with his family during his signing ceremony at Sonoraville High School on Tuesday, March 10. Bryant signed with the Berry Vikings football program. 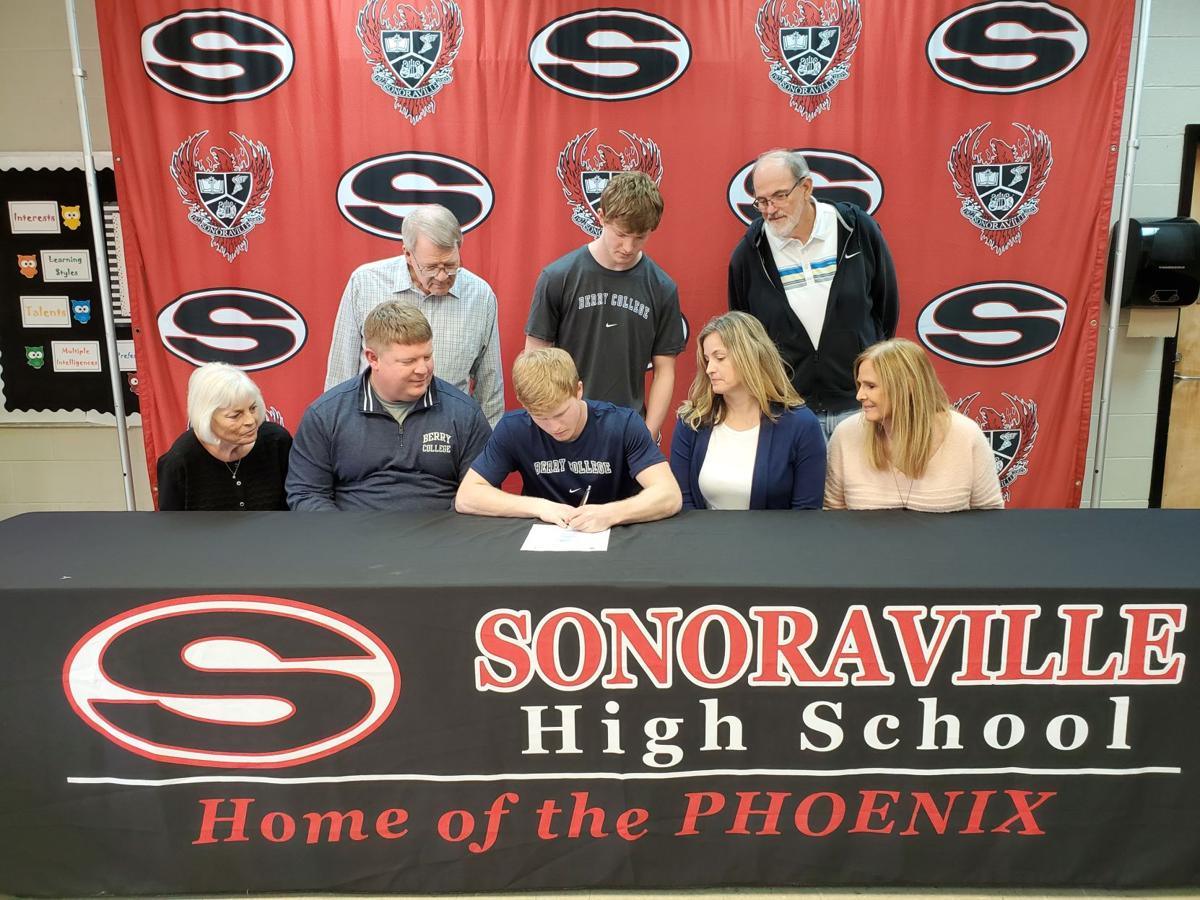 Sonoraville senior Blade Bryant poses for a picture with his family during his signing ceremony at Sonoraville High School on Tuesday, March 10. Bryant signed with the Berry Vikings football program.

Blade Bryant has singed to the next level. On Tuesday, the Sonoraville senior made it official by signing a football scholarship with Berry College in a signing ceremony at Sonoraville High School, well attended by family, friends, teammates, coaches and administrators.

“It’s great to get to be around the people that have helped get you here,” Bryant said. “It means a lot.”

“I like the city of Rome (and) I like the campus of Berry,” Bryant said. “They have really good academics so I think it will be a good fit.”

Bryant is a tri-sport student-athlete, competing in football, basketball and baseball in Phoenix uniforms.

“I think it will be interesting only playing one sport instead of three because it’s been awhile since I’ve had anything like that,” Bryant said.

Sonoraville football head coach Denver Pate said the Vikings are getting a dynamic athlete in Bryant.

“Someone who can contribute in special teams and in the slot,” Pate said. “They’re getting an outstanding kid as well. (He’s) very humble, very good in the classroom and on the playing surface.”

During his senior football season, Bryant was a major factor in the Phoenix’s games. Often lining up in the slot position, his speed combined with strong handling ability made him a favorite target of starting quarterback Brady Lackey.

“Play-making abilities has improved year by year and just knowing that he can do it,” Pate said. “Knowing that his coaches and his teammates trust in him and look to him to be that player.”

Pate said seeing one of his own players sign to the collegiate level is like seeing a son commit to his next four years.

“Someone you’ve seen put in the time and the energy and the effort to succeed,” Pate said. “When it comes to fruition, means a lot. It’s a great day.”

Bryant said he was looking forward to being in a new scene in Rome.

“Being here for four years, it gets very repetitive and doing the same thing every year,” Bryant said. “Going to college, playing with new people, against new people, it’s just a breath of fresh air.”

Pate said Bryant informed him of his decision a couple weeks ago and knew Berry was high on his list.

“He had some other ... schools factor in and he really looked hard at those guys, too,” Pate said. “But as far as what Berry can bring as far as a coaching standpoint, as far as an opportunity to win a championship. Blade’s a winner. He wants to be around other winners and that’s why he chose Berry.”

Now, Bryant prepares to make the 30-minute trek to Berry College. Bryant said while staying close to home was not a highly-rated priority, the Vikings proved to be the best fit for him.

Bryant said, leaving Sonoraville High School, he would miss the people most.

“The friend’s I got, the family I’ve got here, it means more than anything to me.”