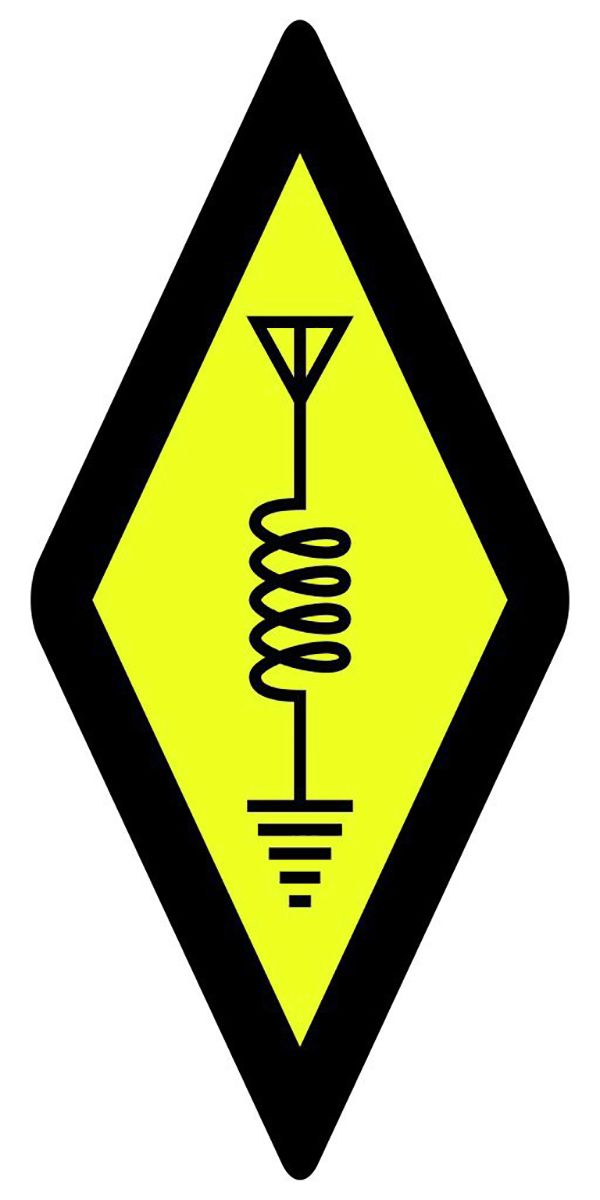 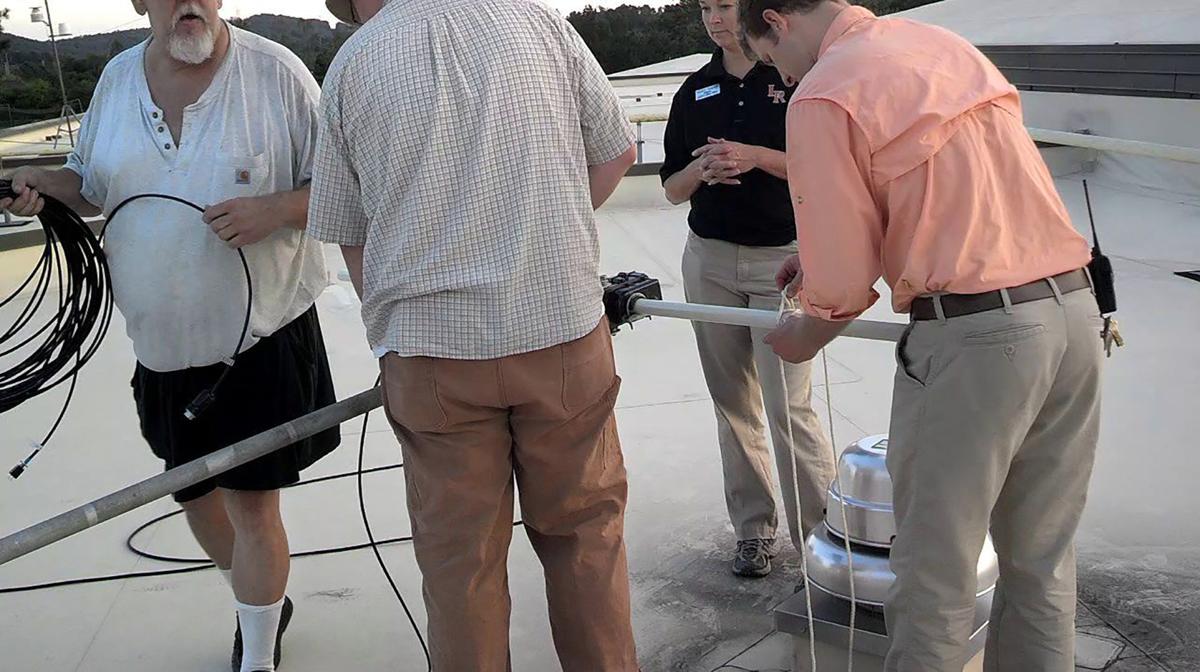 When LaFayette Middle School’s Rambler Radio Club wanted to reach the International Space Station by ham radio, the club had to mount an antenna on top of the school.

When LaFayette Middle School’s Rambler Radio Club wanted to reach the International Space Station by ham radio, the club had to mount an antenna on top of the school.

What do you do if modern communications go down? Phones, computers? No calling, texting, emailing?

The astronauts on the International Space Station know. And so do the students in Jody Carter’s amateur radio class, the Rambler Radio Club, at LaFayette Middle School. It’ called ham radio (aka, amateur radio).

“Electronic communications,” says Carter, “depend on a massive infrastructure. When one part fails, the whole thing can go down.

“Ham radio depends only on antennas and two people communicating,” Carter says. “The radio spectrum includes millions of frequencies. Messages can be relayed from one person to another to another.”

It doesn’t have to be a case of communications actually failing. Carter gives an example from the 2011 tornadoes that swept through our area. High winds, he says, took down multiple trees on both sides of a 1.25 mile stretch of road in Walker County.

It took emergency workers and volunteers 36 hours to clear enough debris to get a vehicle through. In the meantime, there just happened to be a ham radio operator at each end of the road. They were able to communicate with one another as each made his way toward the middle, stopping at every house to check on people.

What neither they nor the people living on the stretch of road could do is get through to 911 because there was a backlog of 300 calls on hold.

“If our emergency ham network,” says Carter, “could have easily notified authorities that everyone was OK, the dozens of workers spending all that time clearing the road could have been helping where it was more needed.”

A good example of ham radio helping in an emergency situation was when more than 1,000 amateur radio operators came to the rescue during Hurricane Katrina.

Many countries with remote villages employ ham radio for communications.

Not one to just talk about it, Carter is now emergency coordinator of amateur radio services in Walker County, as well as a leader with the Walker County Community Emergency Response Team.

A ham radio is maintained on the international space station, 230 miles above the earth. Not only is it a good emergency backup, people on earth can communicate with the astronauts.

That’s what the Rambler Radio Club students did in 2012. They planned the exchange in advance. They invited younger students from Naomi, North LaFayette, Gilbert and Rock Spring Elementary schools to come up with 20 questions to ask the astronauts.

The questions were submitted to NASA so the astronauts could be prepared. There was equipment to borrow, especially a high-powered antenna that had to be secured on top of the school.

Ham radio enthusiast and friend of Carter, Dave Mayo, says, “In order to make contact with an orbiting satellite like the space station requires a highly directional antenna that is capable of moving in the azimuth plane (horizontal) as well as elevation (vertical).

“So we had to borrow such an antenna, which is fairly large and has a lot of wiring required for the rotors, as well as for the transmission line, and mount it on the roof of the auditorium,” Mayo says. “Being rather large and tall we had to weigh down the tripod base with five gallon buckets filled with water so that it wouldn’t topple over. Even that did not quite seem to fully stabilize it so we also added some Dacron ropes to guy it.”

In spite of all that, Mayo says the antenna got tangled in a guy rope.

“Fortunately,” he says, “we had a guy stationed on the roof who cut the rope before it could cause any damage or problems.”

Carter and his students and most of the school’s student body gathered in the gymnasium of their school on Sept. 21, 2012, prepared for a conversation with the space station. The experience took Carter back to his childhood when he was late for school one day because his father was trying to contact the Space Shuttle by way of ham radio.

LMS had received a grant for the project. They were one of 18 schools in the world, four schools in the United States, to get to contact ARISS — Amateur Radio on the International Space Station — in 2012.

The connection was scratchy but understandable. Some questions the students asked included: What time zone does the space station use? What fuels does the station use? How does life on earth differ from life in space? How do you exercise in space?

When all was said and done, Carter told students that in the 10 minutes they had been talking to the astronauts, the space station had moved out of range. He said the station travels from Dallas, Texas, to Paris, France, in a mere 17 minutes.

Amateur radio has an annual contest called Round Up. Students work to make as many contacts with other ham radio operators as possible. Carter says his students are so enthusiastic about the contest they’ll spend their lunch hour and many more hours a day pursuing contacts from all over the world.

As of October 2019, Rambler Radio Club members had contacted people in 37 U.S. states, in Tasmania, Germany, Italy, Morocco and many more places. They’ve contacted people on beaches, at home and on a ship passing through the Panama Canal.

By the end of one week of Round Up, Carter said, “I could not be prouder of our students who have set a new record of contacts for any week of School Club Roundup for Rambler Radio Club. These students are becoming more independent, confident and competent in their radio communication skills. And of all the 13 students on the air this week, 12 were female!”

Twelve were female last school year. This year it’s 16 of 18 students, a lot more than the 15% of amateur U.S. radio operators who are female.

According to Wikipedia, “unlike commercial systems, amateur radio is usually independent of terrestrial facilities that can fail. It is dispersed throughout a community without 'choke points' such as cellular telephone sites that can be overloaded. Amateur radio operators are experienced in improvising antennas and power sources and most equipment today can be powered by an automobile battery.”

With deaths rising, Justice pushes for residents to get vaccinated

Court finds probable cause in case of high-speed motorcycle chase