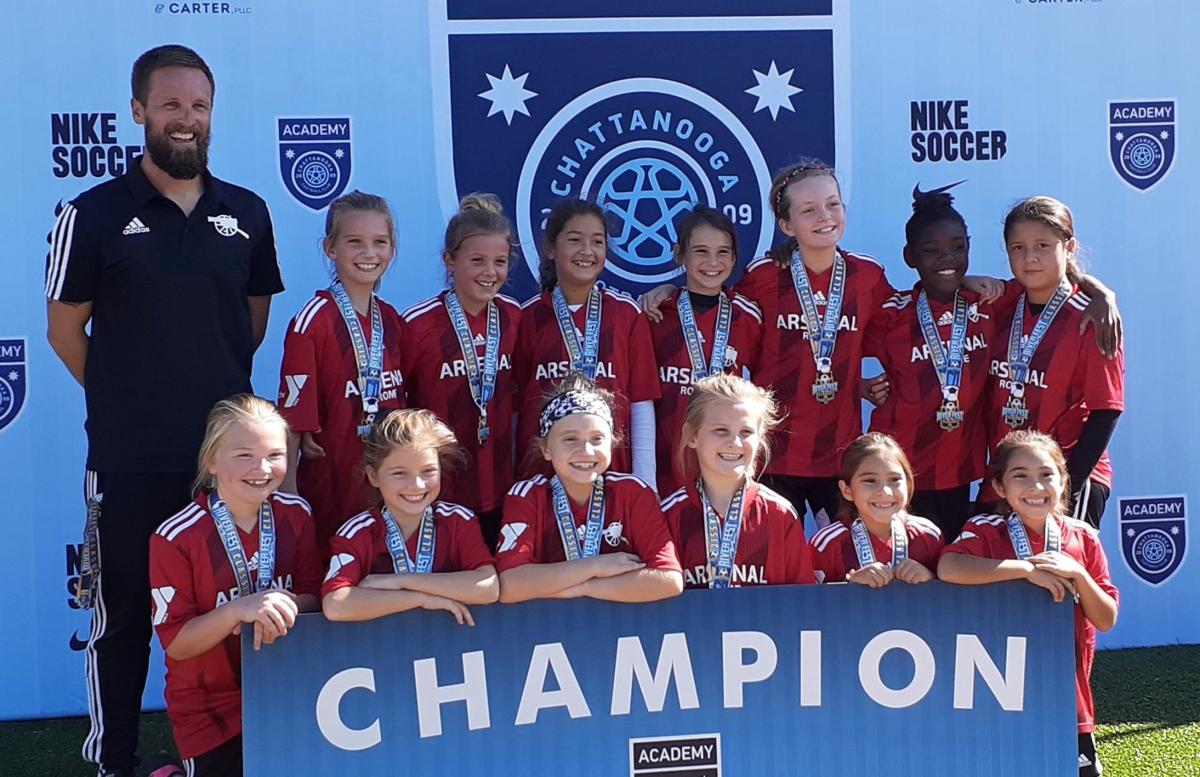 The YMCA Arsenal Rome Academy 2009 Girls Red squad celebrate their gold finish in the Chattanooga Riverfest tournament this past weekend. 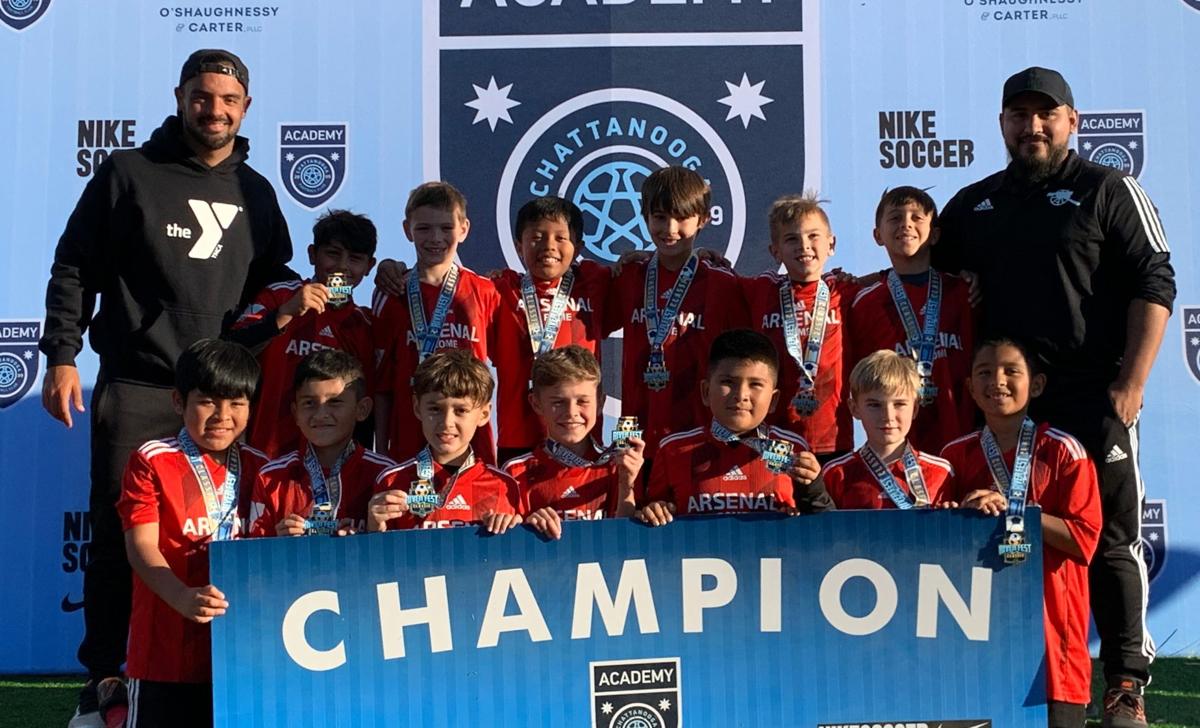 The YMCA Arsenal Rome Academy 2009 Girls Red squad celebrate their gold finish in the Chattanooga Riverfest tournament this past weekend.

The Arsenal Academy 2009 Girls Red squad and the 2010 boys academy side took on the best Tennessee had to offer in the Chattanooga Riverfest tournament this past weekend as both teams came away with gold.

The girls’ team played in the highest-ranked platinum division beginning the tournament with a 5-1 win against Barber Elite Soccer Academy U11 girls.

The girls then faced off against Chattanooga Football Club Navy in their second game, coming away with a 2-1 victory. Ansley Burns scored both goals for Arsenal, putting the game-winning goal into the net after CFC tied the score in the second half.

The third game was a 4-0 route of Signal Mountain 09G. Sarah Harris began scoring with a goal from 20 yards out, Tapia scored two goals, and Emily Gentry rounded out the scoring.

Arsenal faced CFC Navy in the final game of the day, scoring two goals in the opening 10 minutes of the game and holding on for a 2-0 win.

Tapia scored on a free kick, then assisted a goal by Isabella Sanchez.

At goalkeeper, Georgia Kate Barksdale and Sarah Harris were able to hold opponents to only two goals on the day.

The 2010B team showed up ready to play and opened with a strong start against CFCA, winning 5-1. Harrison Diaz and Carlos Sanchez each scored two goals, while Saunders Jones added another.

The team then faced Signal Mountain Storm, and managed to pull out a win 6-4. Harrison racked up four goals, while Ariel Aguilar and Luca Angio-Stina each scored a goal.

Aiden Rounds then scored two goals to lead the team to an 8-2 win against the Chattanooga Red Wolves.