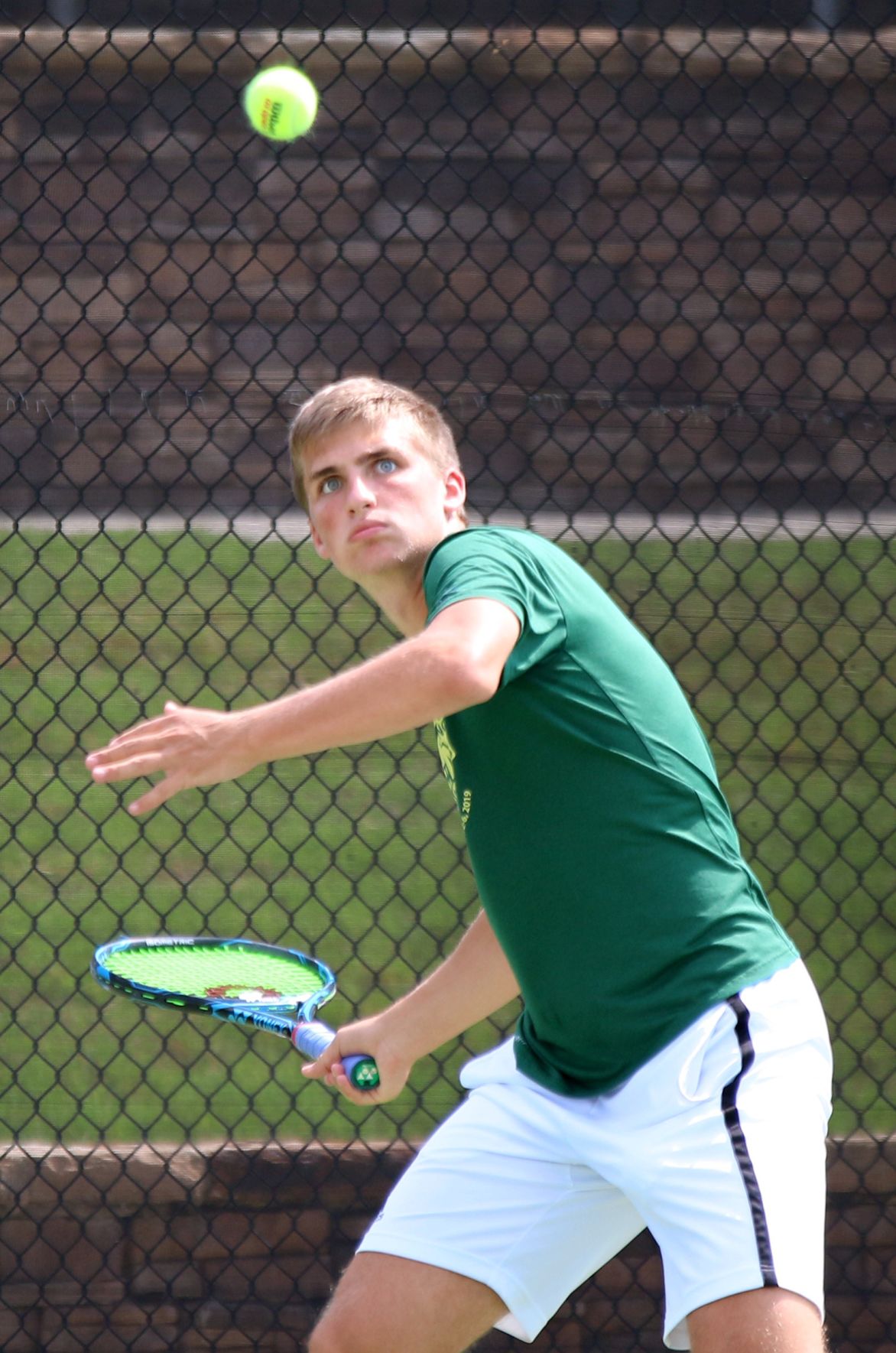 Kieran Foster of White Plains, New York, gets set to make a return shot during a practice match for the USTA National Level 2 Tournament on Friday at the Rome Tennis Center at Berry College. 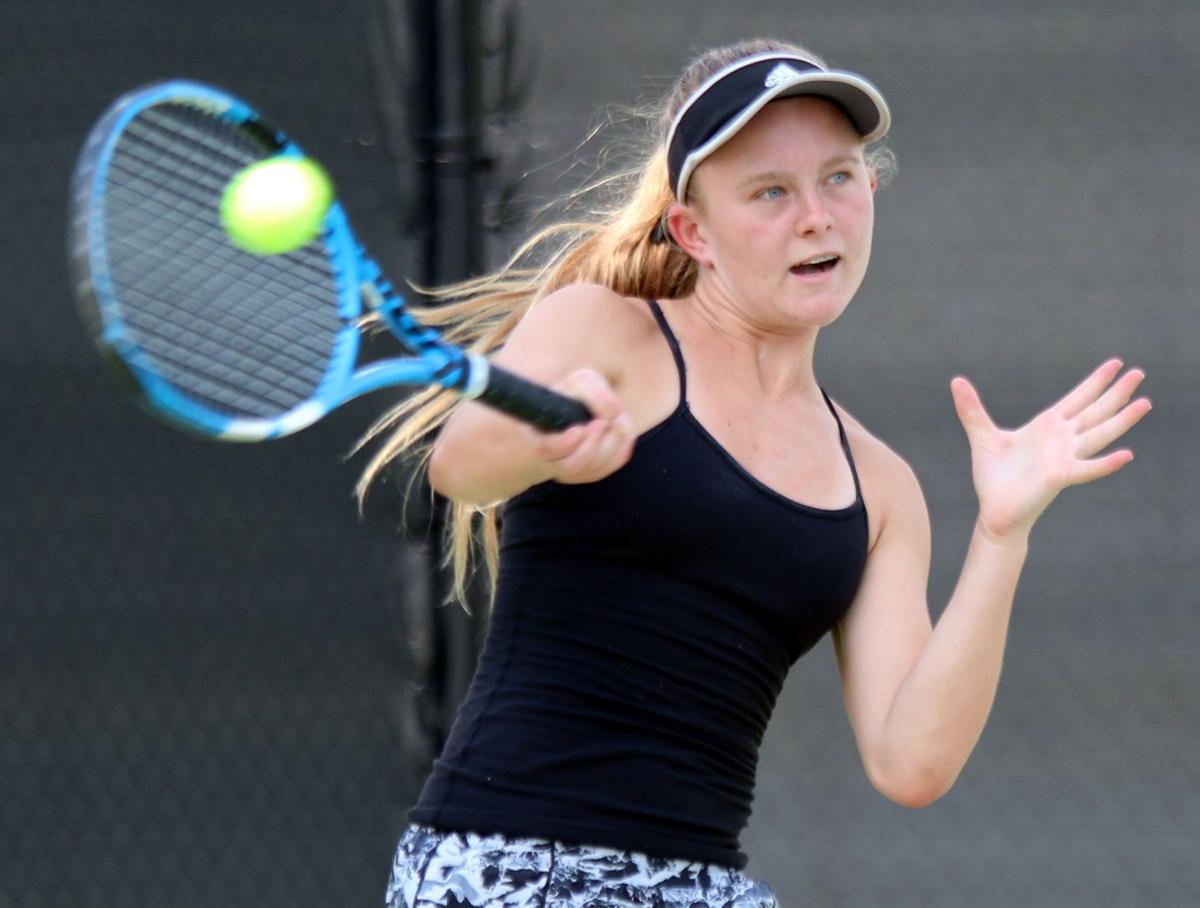 Marissa Markey, Torrance, California, returns a shot during a practice match for the USTA National Level 2 Tournament on Friday at the Rome Tennis Center at Berry College.

Kieran Foster of White Plains, New York, gets set to make a return shot during a practice match for the USTA National Level 2 Tournament on Friday at the Rome Tennis Center at Berry College.

Marissa Markey, Torrance, California, returns a shot during a practice match for the USTA National Level 2 Tournament on Friday at the Rome Tennis Center at Berry College.

There is a wide range of hometowns represented by the list of players in the USTA National Level 2 Tournament at the Rome Tennis Center at Berry College this weekend.

A walk around the facility Friday uncovered teenagers hailing from the far corners of the country practicing on some of the facility’s 54 courts in preparation for the top-level junior event, which begins today and continues through Tuesday.

Becky Opoien, the center’s head tennis professional, led warm-up sessions Friday for some of the competitors. Two of them are from California, one from Houston, and she saw someone she knew from her time in Arizona.

“It’s really one of the reasons why I wanted to come here,” Opoien said, referring to the scope of tournaments the tennis center hosts. “The facility is on such a large scale it’s hard to fathom for someone who came from the Phoenix area where the largest we had was 25 courts. To have tournaments of this size and of this skill level is huge.”

This weekend will see more than 250 boys and girls at the 16s and 18s levels compete in singles and doubles. A large portion of them are from Georgia, but there are a good many that have traveled from Florida, Texas and California.

All singles finalists and champions at the end of the tournament automatically qualify for the same age division of the USTA National Championships in August, with the boys’ 18s and 16s held in Kalamazoo, Michigan, and the girls’ in San Diego.

The 18s champions at those events receive an automatic bid to the main draw of the U.S. Open.

Anuj Watane won the boys’ 18s single title at last year’s July Level 2 tournament in Rome and is competing at this year’s Rome event after recently graduating high school. The five-star recruit from Orlando, Florida, is committed to North Carolina and reached the third round of nationals last year.

While tournaments like this weekend’s take up most of the facility’s courts nearly every weekend of the year, the center’s regular operations allow for plenty of local involvement, including the junior academy that Opoien directs.

“We have kids come from as far as Cartersville and that’s been a good program,” she said. “The goal is to have the kids improve as they get older and be able to stay here at home while also playing in these national tournaments.”

There are also adult level programs, some that promote the social aspect of tennis more than the competitive side.

“We definitely do a lot of business on a larger scale on the weekends, but we have quite a few come in on weekdays,” Opoien said.

The Level 2 tournament is the unofficial kickoff of a stretch of high-level tournaments at the Rome Tennis Center. The USTA Georgia Junior Open will be held July 13-16, while the USTA Girls’ 14s Level 1 National Championships is August 3-10 and the USTA Southern Junior Team Championships will be August 9-11.