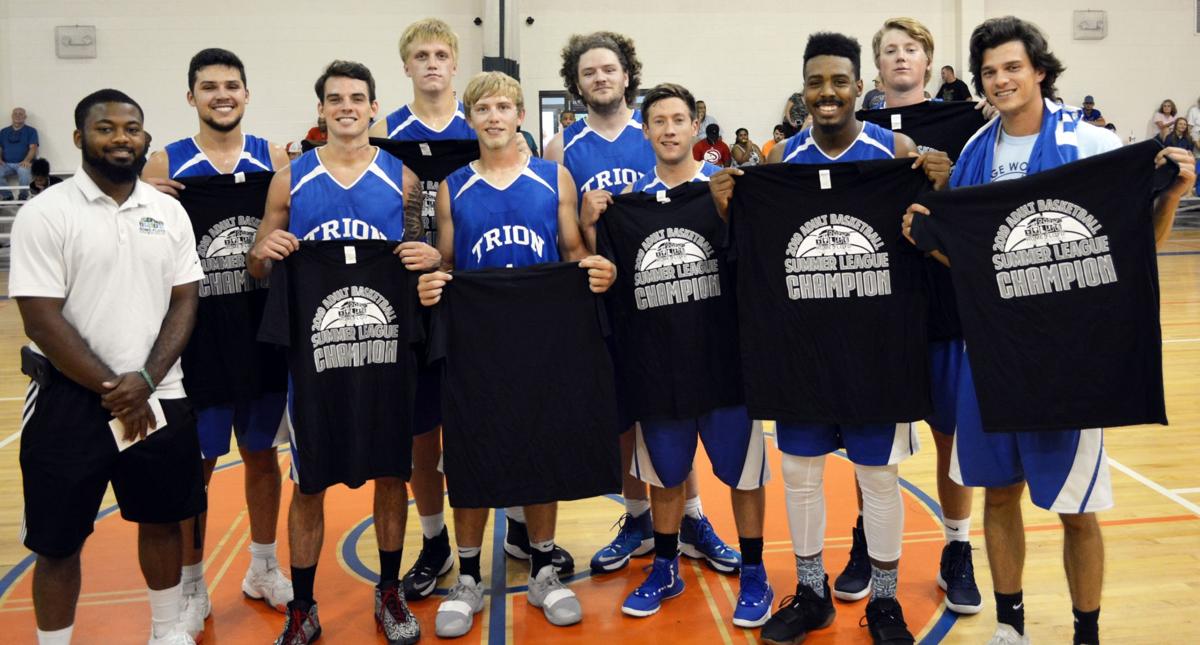 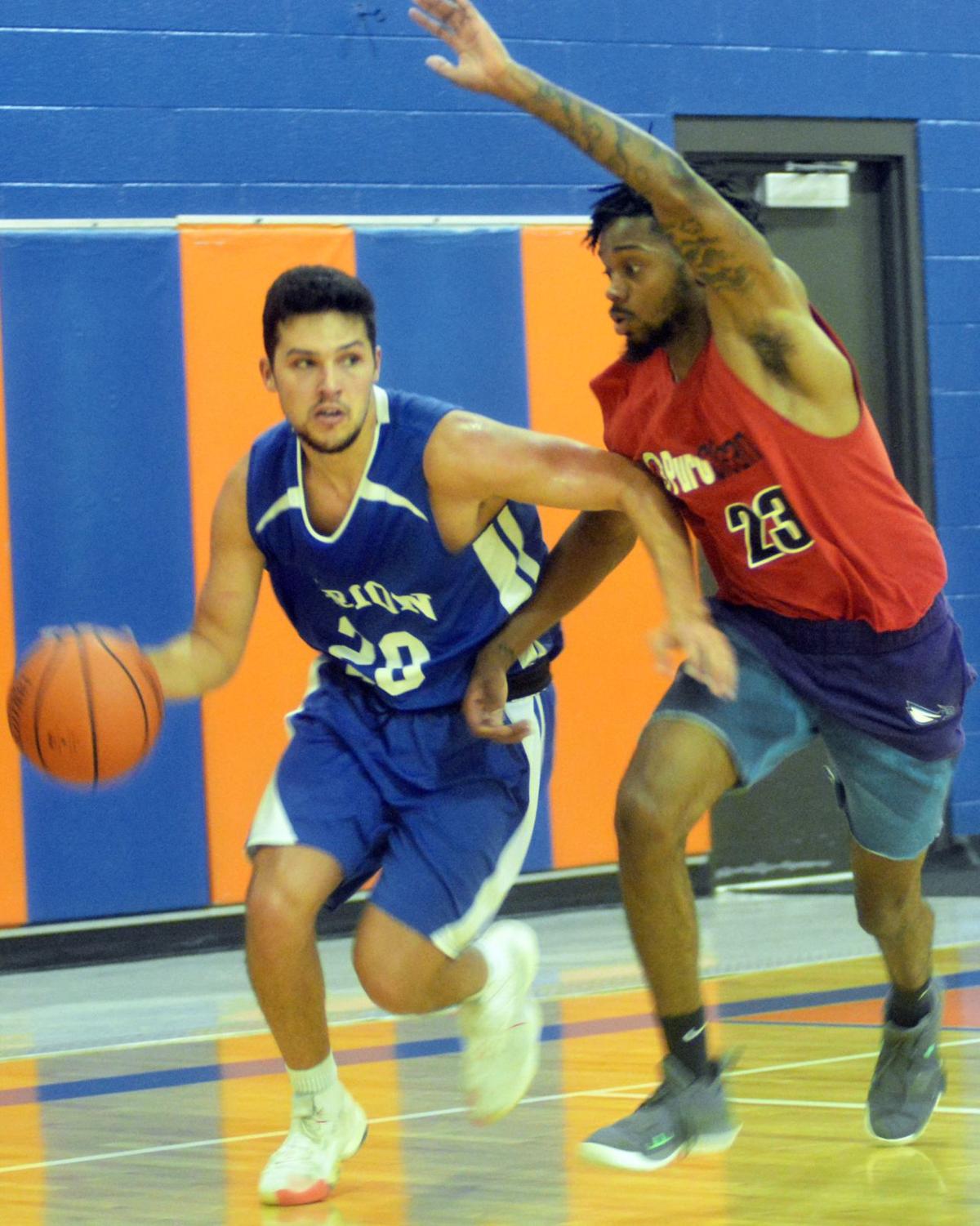 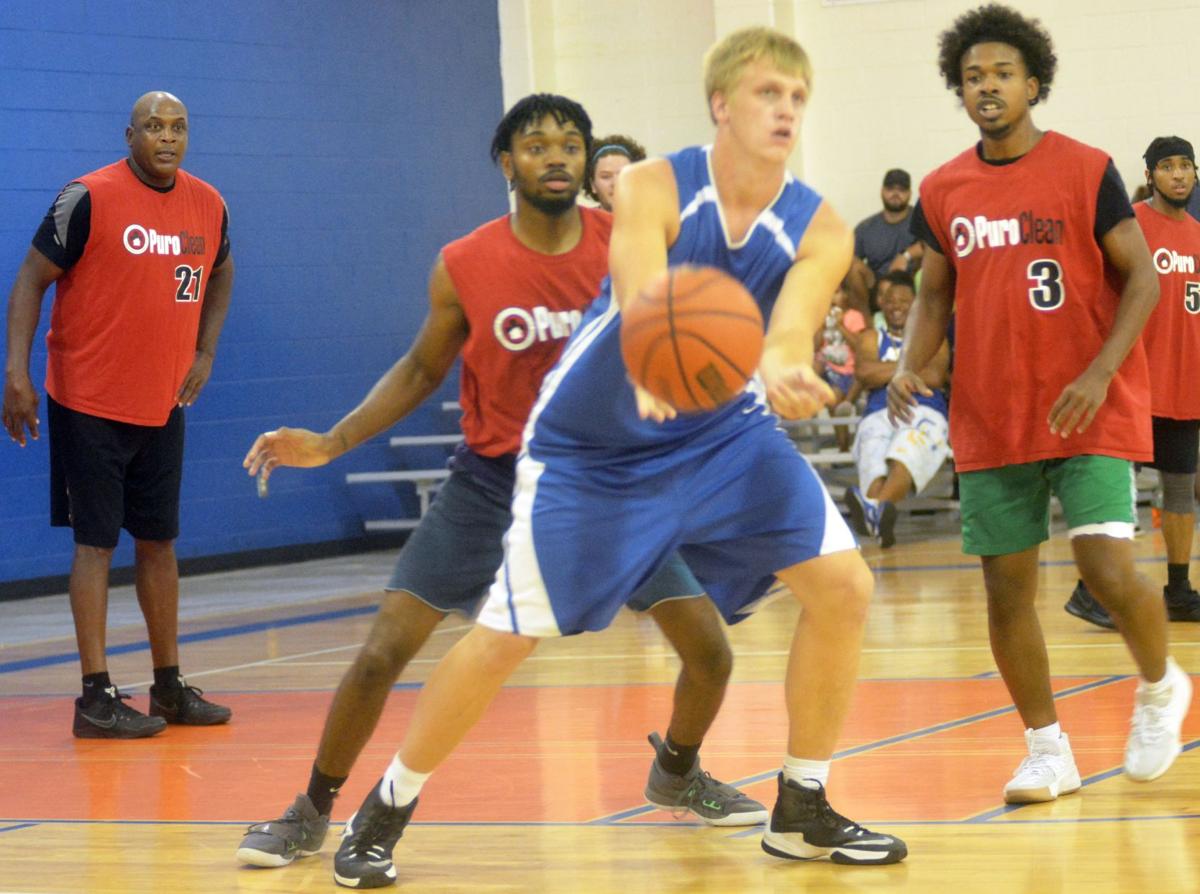 A big third quarter run and a deep bench that provided points and rebounds proved key to the Trion Goats grabbing a 71-51 win over Puroclean in the finals of the Rome Floyd Parks and Recreation Adult Summer Basketball League on Tuesday evening at the Anthony Center in Garden Lakes.

Puroclean, trailing by 10 points to start the second half, opened the third quarter with a basket underneath from Charles Burkett, cutting Trion’s lead to 34-26. Trion’s Budd Todd scored for the Goats on the next three trips down on the offensive side. Isaac Thomas hit a shot as well, upping the lead to 42-26 with 4:56 to go in the third.

Puroclean’s Dwight Hall drained a three-pointer, cutting the lead to 42-29 only to have the Goats’ sharp shooter, Jonathan Mason, answer with a three of his own. Thomas followed the three with a dunk, Tavish Reynolds and Kaleb Stoner both added baskets before Puroclean’s Hall hit two free throws to end the quarter. After the smoke cleared, Trion’s third quarter offensive assault, fueled by five different players hitting shots, staked the Goats to a 51-31 lead.

Puroclean refused to go quietly though, as Burkett and Hall found their range. Burkett opened the

fourth quarter with a nice basket underneath before nailing a three a moment later. Hall caught fire from outside, knocking down five three-pointers in the final stanza, helping Puroclean net 20 points in the quarter.

Trion managed an answer for every basket though, as the Goats also netted 20 points in the closing quarter, and Mason dialed up a couple of threes as well, including the final bucket of the night, which came from way outside the three-point line, before time expired.

Hall knocked down 22 points for Puroclean, which included six three-pointers. Darryl Bowie chipped in with 17 points with five of his baskets being three pointers. All of Bowie’s points came in the first half with each one answering a Trion score and keeping Puroclean within striking distance of the Goats.

Burkett added nine points and six rebounds for Puroclean. Tavaris Wilson rounded out the scorers for Puroclean with three points.

All told, nine teams participated in the league, which marks the first time in more than a decade that parks and recreation has offered an organized adult basketball league.

“The summer basketball league was great for the community. It was an opportunity that not only

allowed adults to keep active but also brought people of different backgrounds and ways of life together through sports. We had a lot of great teams and players participate this summer, and we had a ton of fantastic games,” said Jay Houston, Athletic Coordinator and the league director. “We kept hearing from people that they wanted something like this, and we’re happy that we were able to provide it and that it was a big success.”

Parks and recreation is now looking to add a few more adult sports programs in 2019 and 2020. Houston said he is working on organizing a flag football league, a home run derby contest, a possible Wiffle ball league and another go-round for adult basketball possibly right after the youth leagues finish in February.

“We have a lot of programming for kids and for seniors, but we don’t have as much for people from 18 to 50,” said Todd Wofford, Rome Floyd Parks and Recreation Director. “We want to try to put together some activities and sports for this age group. Our staff did a great job with this program, and we’re looking forward to the future.”