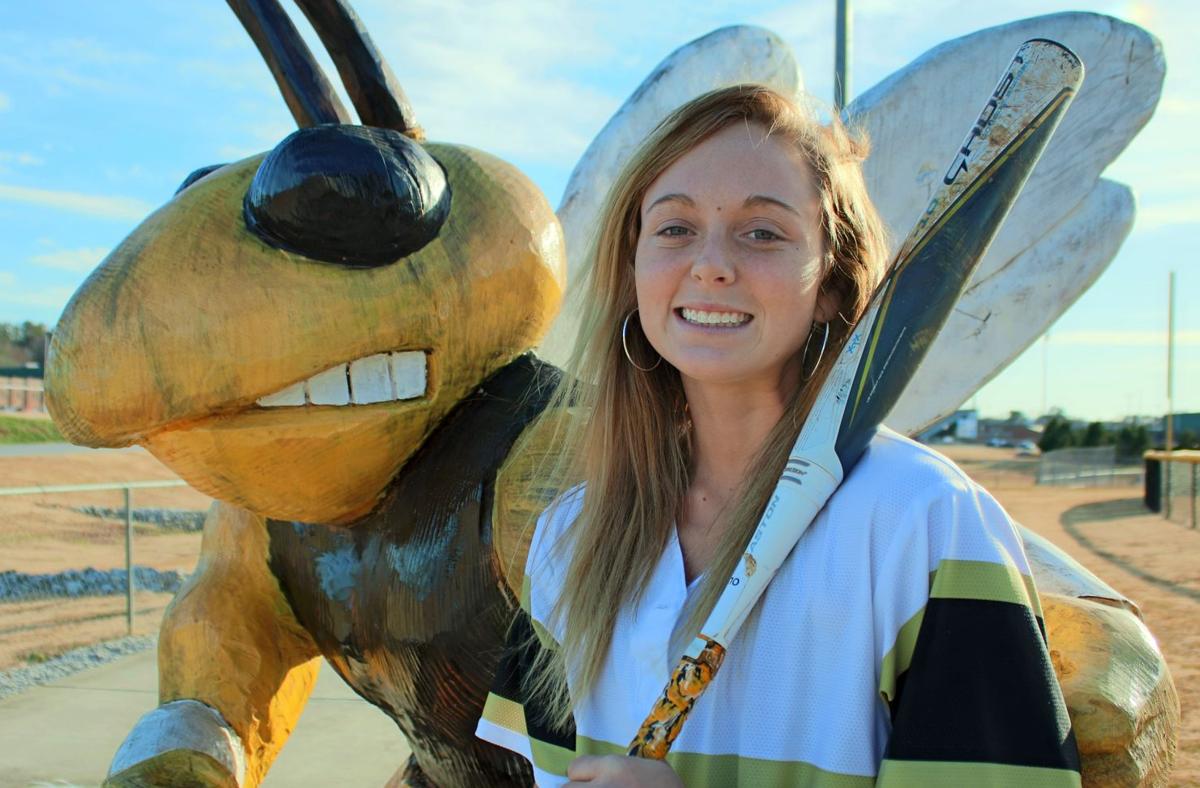 Making the move into the leadoff spot this season, Rockmart junior Alexis Teems was a consistent presence for the Lady Jackets in the batter’s box and finished with a .571 average. 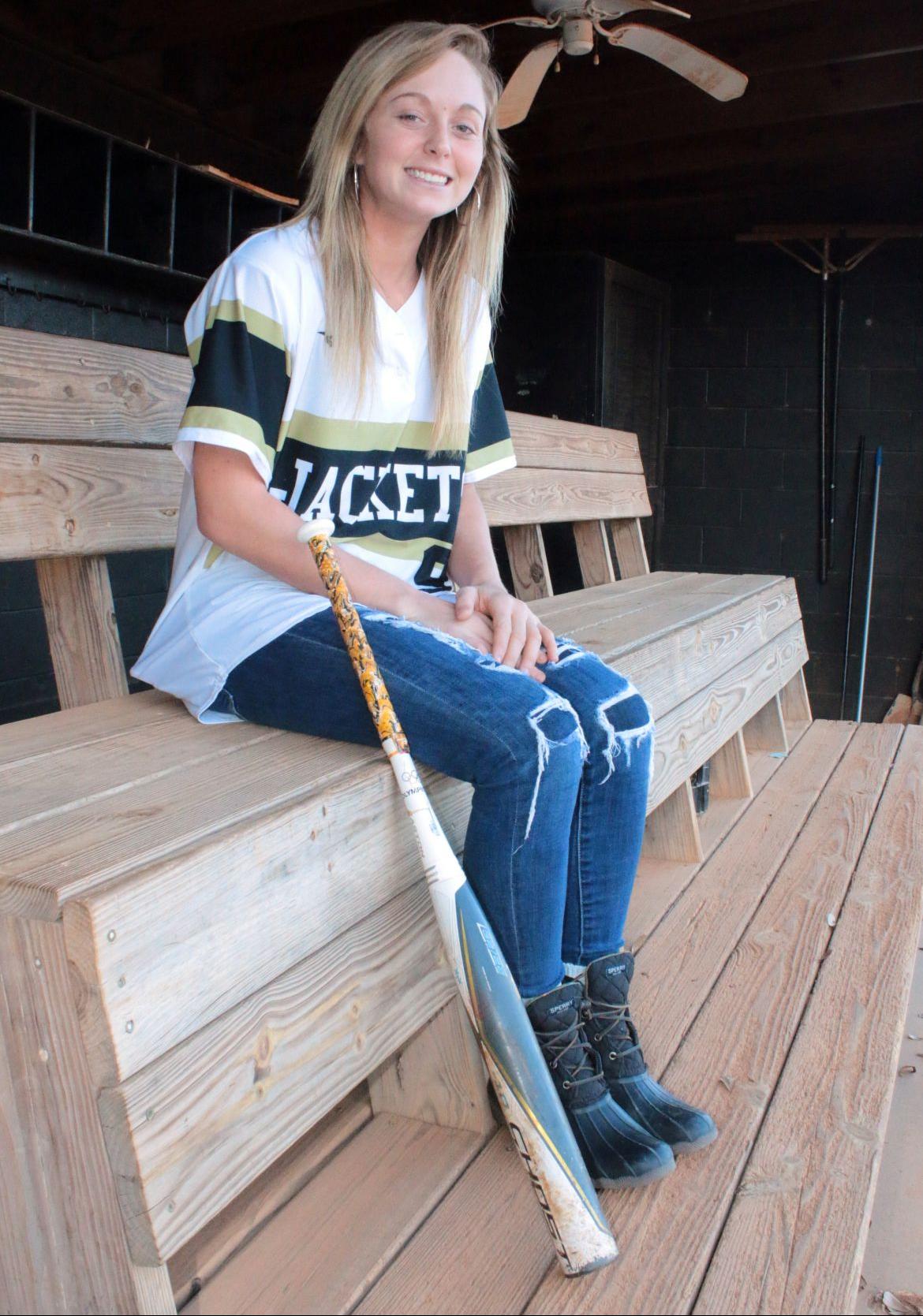 Alexis Teems helped the Rockmart softball team win its fourth straight Region 7-AA title this season and be one of the final three teams left in the Class AA state softball tournament in Columbus.

Making the move into the leadoff spot this season, Rockmart junior Alexis Teems was a consistent presence for the Lady Jackets in the batter’s box and finished with a .571 average.

Alexis Teems helped the Rockmart softball team win its fourth straight Region 7-AA title this season and be one of the final three teams left in the Class AA state softball tournament in Columbus.

A change in a player’s routine can sometimes cause some difficulties as they get adjusted to a new scenario.

However, for Rockmart softball player Alexis Teems, she faced the situation head on and had a breakout junior season.

For her efforts at the plate and helping lead the Lady Jackets to third place in the Class AA state softball tournament, Teems is the Rome News-Tribune All-Area Softball Player of the Year.

Teems was moved to the leadoff spot in the Lady Jackets’ lineup this season after the departure of record-setting player Cambree Stanley. According to head coach Steve Luke, Teems did a good job of filling the void left by the former player, coming up just five hits short of Stanley’s hit record of 73.

Luke said Teems was eager to make a name of her own while dedicating herself to bettering her team.

“She had an amazing year,” Luke said. “She probably could’ve hit better, which is crazy. She did a great job for us. She was in the leadoff spot, and one thing on her mind was to get out of her shadow.”

Teems wasn’t thrown into a position she’d never experienced before, having batted leadoff while playing travel ball. However, she knew the competition would increase once she began facing high school pitchers.

“The only thing I was worried about is high school is more competitive, so I knew I had to be more mentally prepared than travel ball,” Teems said.

Teems adjusted well to the change, finishing the season with a batting average of .571 with 68 hits, 19 RBIs, 46 stolen bases and 66 runs scored. She struck out just nine times in 119 at-bats.

Despite her success, it wasn’t all smooth sailing for Teems. There was a point in the state playoffs where she struggled at the plate and contemplated whether she could keep it up.

“I couldn’t stay with it,” Teems said. “I was getting frustrated. I just wasn’t mentally prepared for that. I felt like I could get better with more practice and work.”

Luke, however, saw something in Teems this season that shows him she’ll continue to strive for excellence when she returns for her senior season next year.

“I think she has ideas of how she can do better and make more of an impact next season,” Luke said. “Any player that moves in the lineup, they want to make their mark as a player, and she made a mark for us.”

While Teems saw success at the plate, her teammate and RN-T All-Area First Team selection Emilee Register led the Lady Yellow Jackets to success in the circle.

Register finished her junior season with a 17-2 record and struck out 132 batters over 108 2/3 innings. Register also had eight shutouts, while allowing only 69 hits and earning an ERA of 2.06.

Fellow Lady Yellow Jacket Emma Evans joins her teammates on the first team. She finished her senior season with a batting average of .495, 53 hits, 53 RBIs, 20 stolen bases and 51 runs scored, and was selected to the Georgia Athletic Coaches Association Senior All-Star Game.

Another pitcher on the first team that saw success this season was Pepperell sophomore Chloe Jones.

Jones helped lead the Lady Dragons to their fifth straight appearance in the state playoffs, during which she amassed a 12-9 record and an ERA of 2.32 over 123 2/3 innings with 179 strikeouts for an average of 10.1 strikeouts per game.

Jones’ teammate Jolie Splendore makes her All-Area First Team debut in her freshman year after leading the Lady Dragons in several hitting categories. She had a batting average of .378, and led her team in hits (28), runs scored (21) and stolen bases (17).

Coach of the Year

*Player of the Year