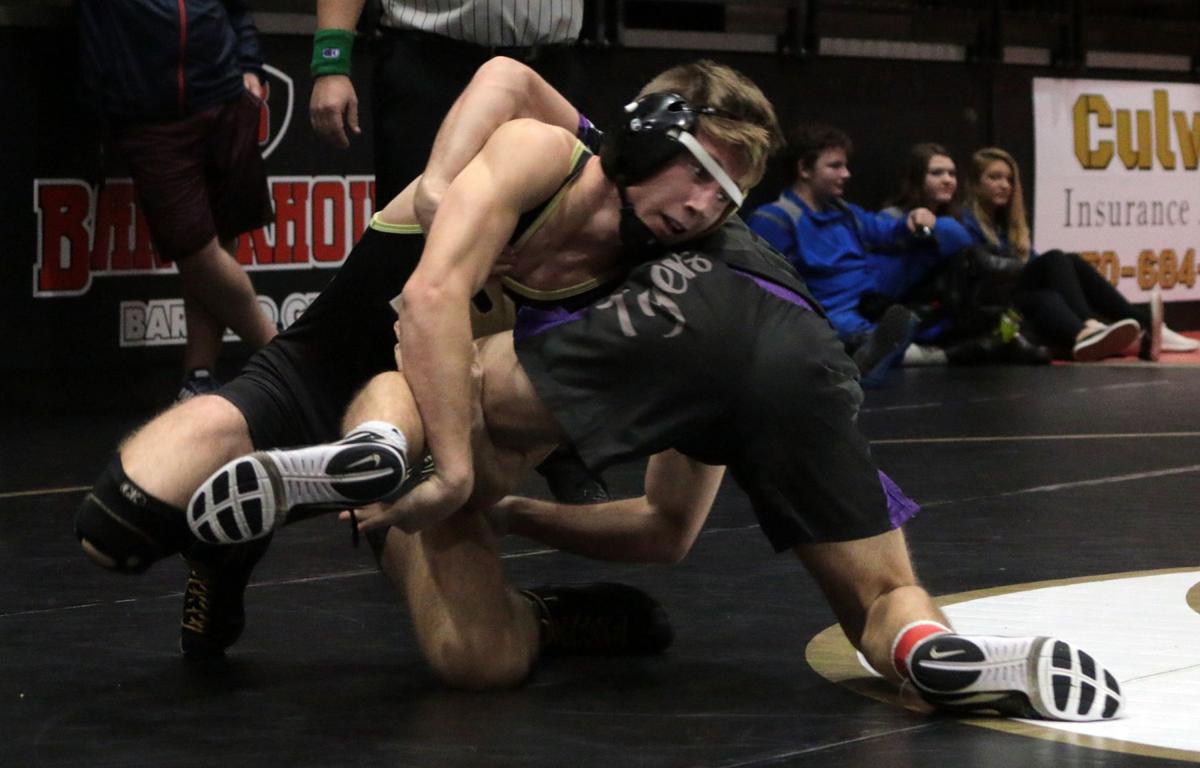 Rockmart’s Peyton Morris works to get Darlington’s Luke McDurmon down during their 120-pound championship match Saturday during the Jacket Invitational at Rockmart High School. Morris won with a 6-2 decision. 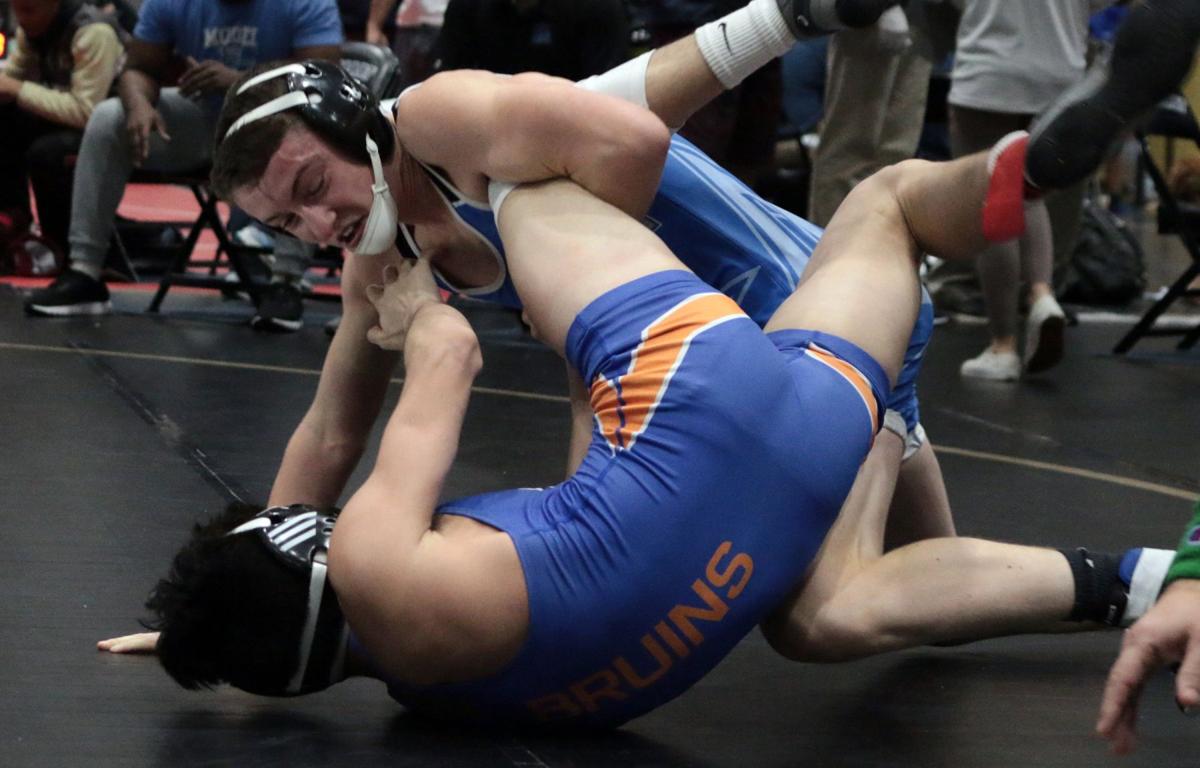 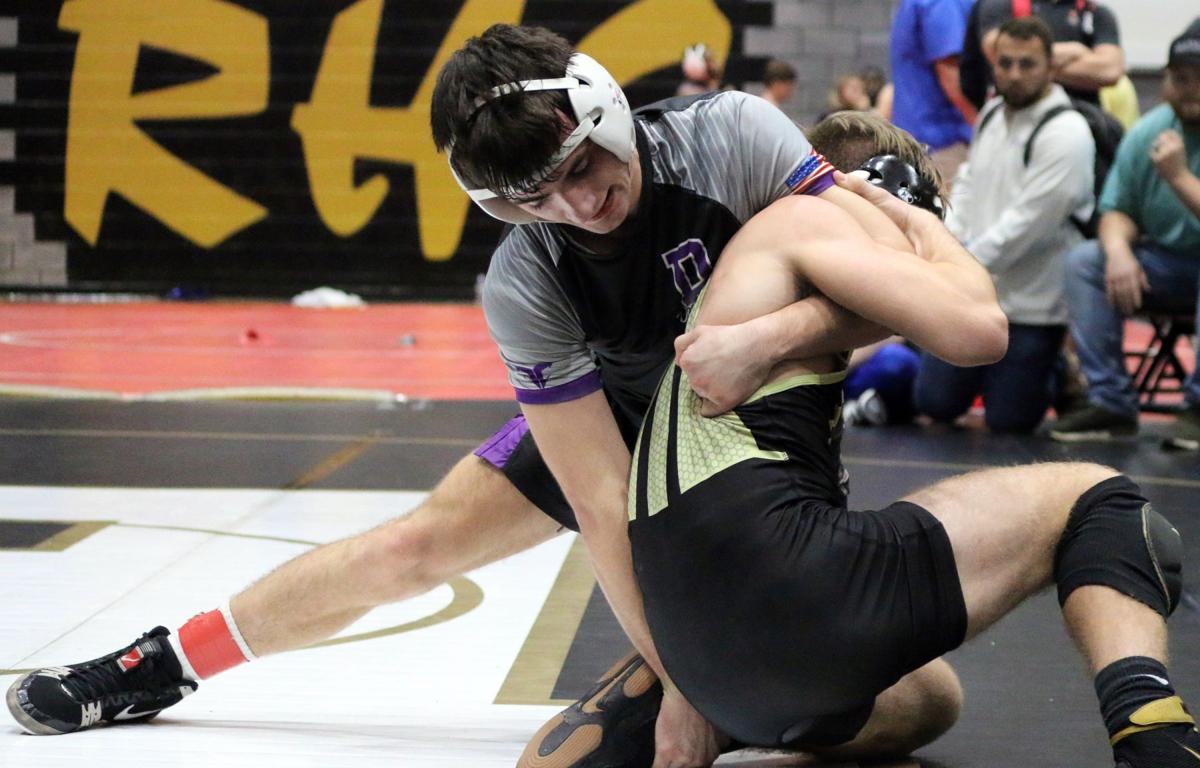 Darlington’s Luke McDurmon (left) begins to get a hold on Rockmart’s Peyton Morris during their 120-pound championship match Saturday. 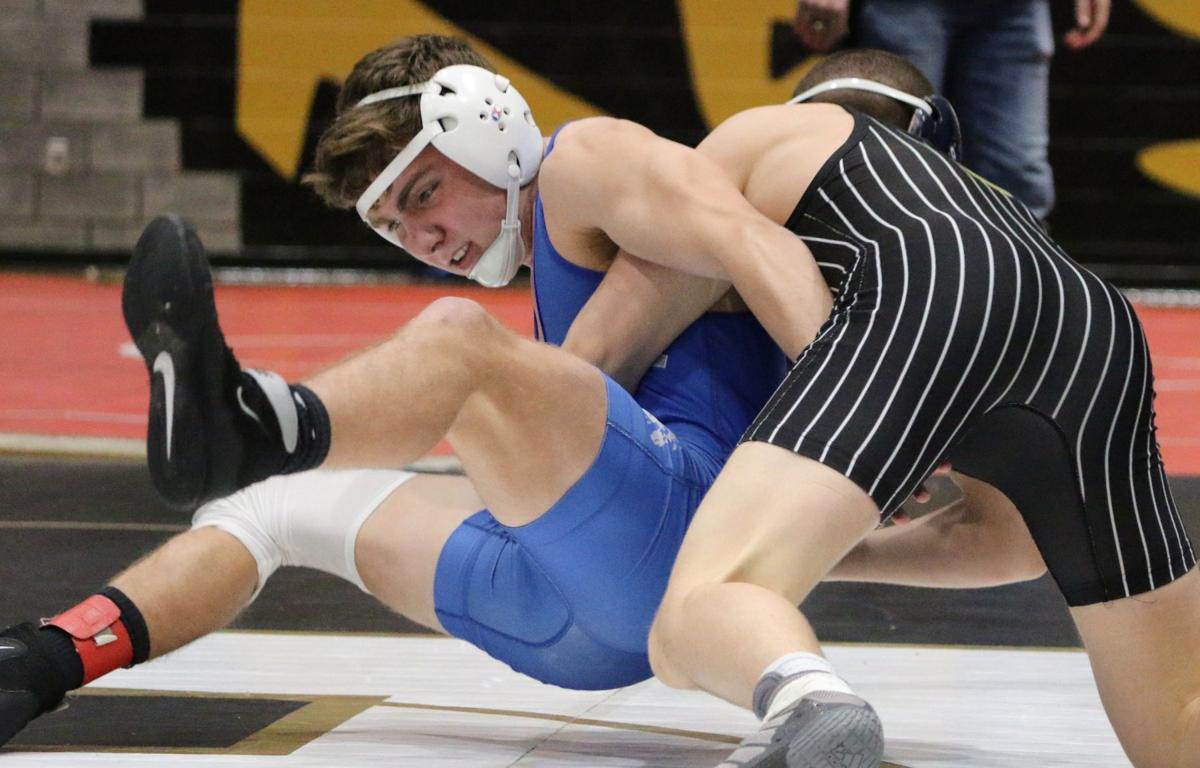 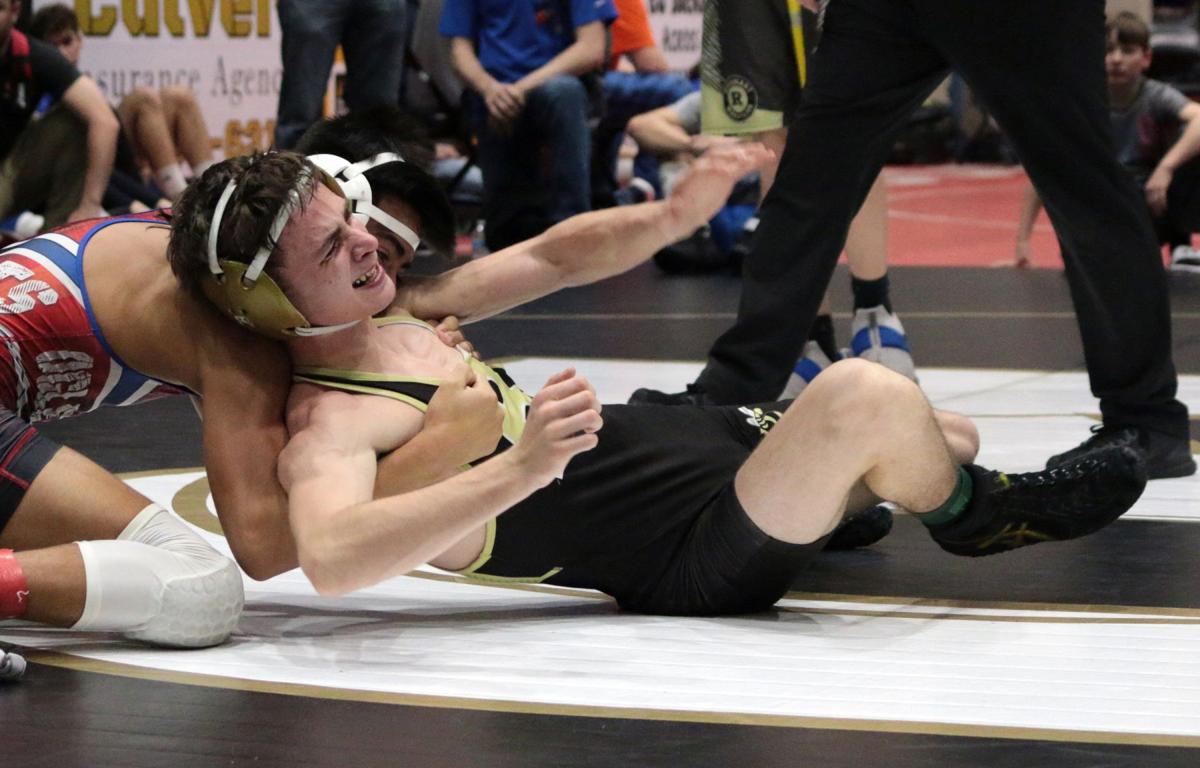 Rockmart’s Peyton Morris works to get Darlington’s Luke McDurmon down during their 120-pound championship match Saturday during the Jacket Invitational at Rockmart High School. Morris won with a 6-2 decision.

Darlington’s Luke McDurmon (left) begins to get a hold on Rockmart’s Peyton Morris during their 120-pound championship match Saturday.

ROCKMART — Wall-to-wall competition inhabited this year’s Jacket Invitational at Rockmart High School, which has been a holiday tradition in Northwest Georgia wrestling for four decades.

And while some local athletes helped their teams do well against the wide-ranging field of contenders, the 40th edition of the tournament once again was a testing ground for how teams approach the final month and a half of the wrestling season.

Host Rockmart had six wrestlers finish in the top four of their respective weight classes, including senior Peyton Morris, who defeated Darlington’s Luke McDurmon in the tournament’s 120-pound championship match.

“Peyton had never beaten Luke and he just had a great day. Today was our day,” Rockmart coach Drew Lindsey said. “So we hope that propels him into the rest of the season and he uses that as a springboard. I know he’s excited. Luke’s a great wrestler, and we’re just happy that we were on the winning end of that one for once.”

Morris had a 4-2 lead in the third period and sealed the victory with a takedown in the final seconds for a 6-2 final decision.

“Coming into this season, we knew we were going to have a young team, and this is usually one of the tougher tournaments of the year,” Lindsey said. “Both of our guys at 106 came through huge for us. And Izaeah at 113 beat some state sectional qualifiers so he had a great day.”

Model finished in fifth place in the final team standings with a score of 112 after having four wrestlers come in the top four of their weight classes. Rockmart was sixth with 102.5 points.

Blue Devils Pierce Fincher and Joe Wallace reached the finals of their divisions, with Fincher losing by decision at 113 pounds and Wallace coming up short in the 160 championship in a sudden victory.

“We wrestled pretty tough. I think we’re finally starting to get healthy and we’re starting to get a little in shape now and starting to piece some things together,” Model coach Ben Woodall said. “This was our first traditional tournament this season so I was excited to see that we came out and performed pretty well.”

Cedartown finished 10th in the team standings, and had a pair of second place wrestlers in Chis Davis (145) and Kobe Holloway (285), while Tanner Mason came in fourth at 138 pounds. Armuchee’s Cameron Espy finished second in the 126-pound weight class after winning by pin in his first three matches to reach the finals.

The competitiveness of this year’s tournament was evident by the final standings as the top three teams were separated by 7.5 points.

Cass won the overall team title with a final score of 156.5 after the Colonels finished with four champions. Northwest Whitfield was second with 153.5 points, and Oglethorpe County was third with 149 points. Cartersville finished with 122 points.

After 40 years, the Jacket Invitational has become known for attracting programs from outside Northwest Georgia, and this year was no different with the inclusion of teams like Oglethorpe, Jackson County, St. Pius X and Lamar County.

“We’ve been coming here for several years and we’ll keep coming back. It’s always tough and you have kids come in from all across the state,” Woodall said. “There are always tough matchups, and that’s what we like.”

Lindsey, who wrestled in the tournament during his high school days as a student at Rockmart High School, said the longevity of it is something that adds to the atmosphere around it.

“There is so much tradition that goes along with it. Traditionally, if you win this tournament it’s a precursor for how you’re going to do for the rest of the year. And if you do good at this tournament, you will usually do well at state,” Lindsey said.

“I’ve been able to be a part of probably 15 of these tournaments, so it’s humbling when it all comes around and you see some of the alumni from Rockmart and the other schools come in. It’s huge.”