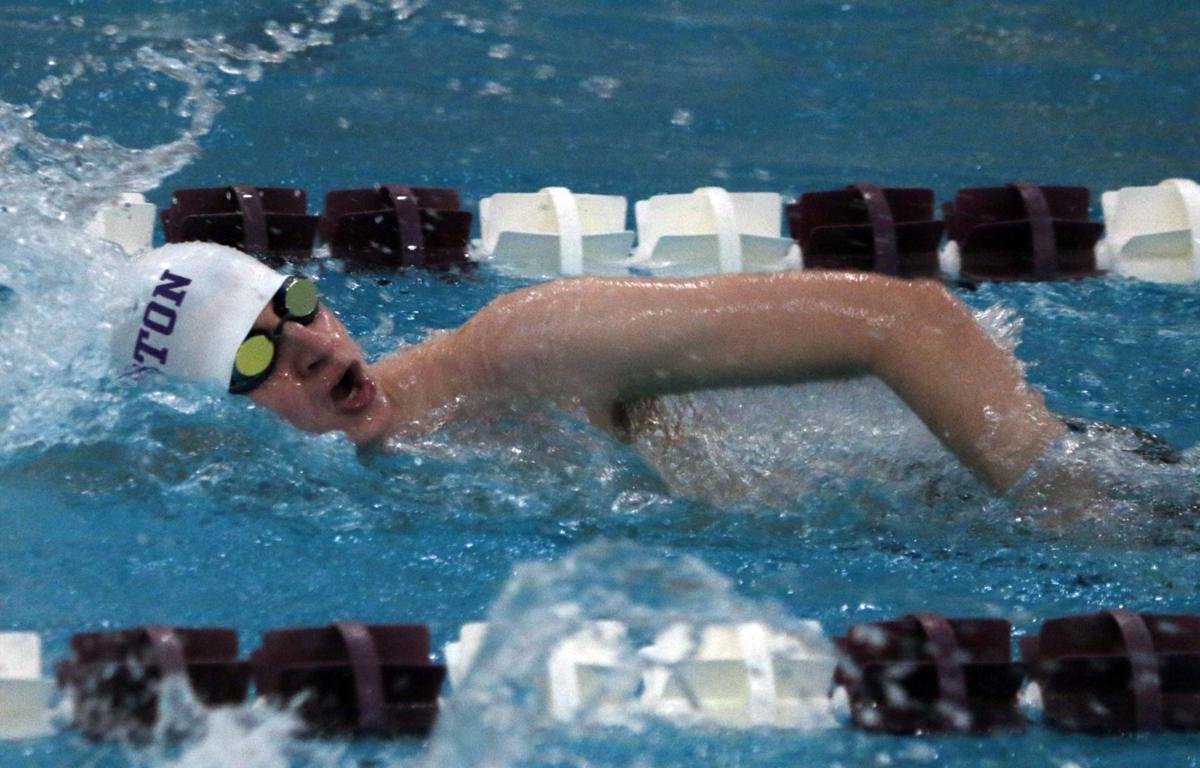 Darlington’s Alexander Greene competes in the boys’ 200-yard freestyle during Thursday’s meet at Darlington’s Huffman Center. Greene won the event in a time of 2:27.18. 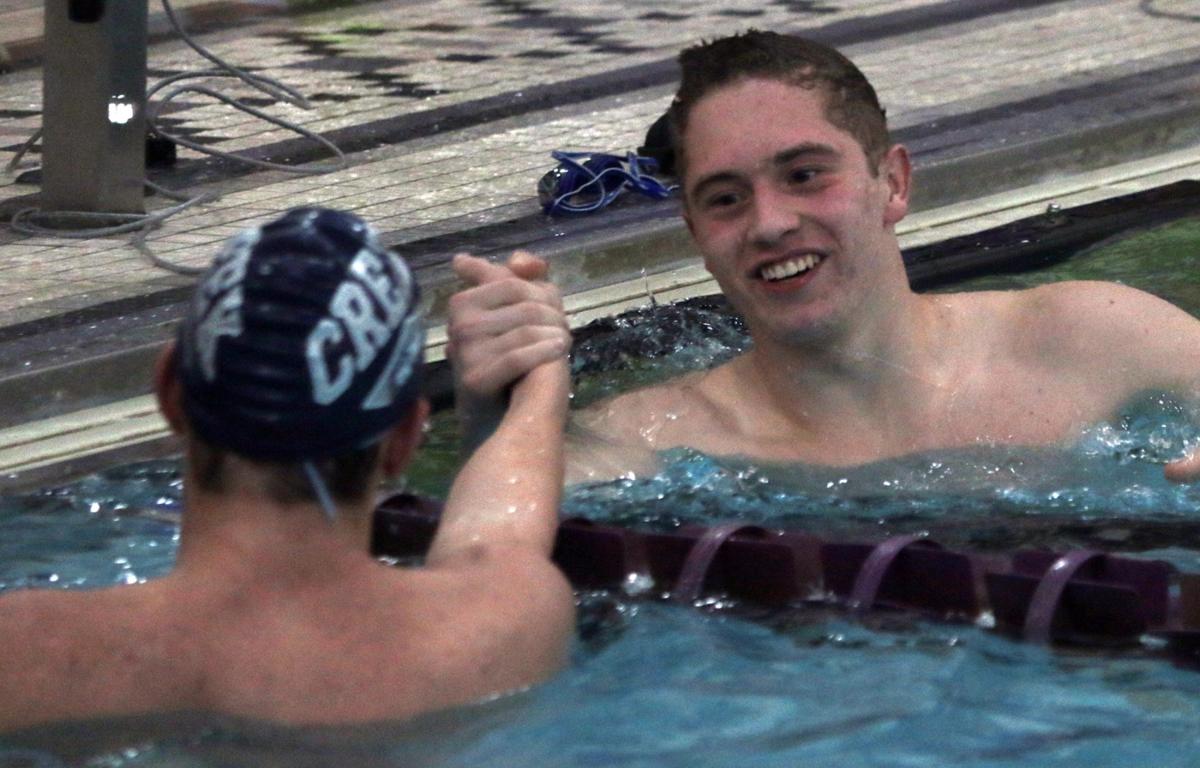 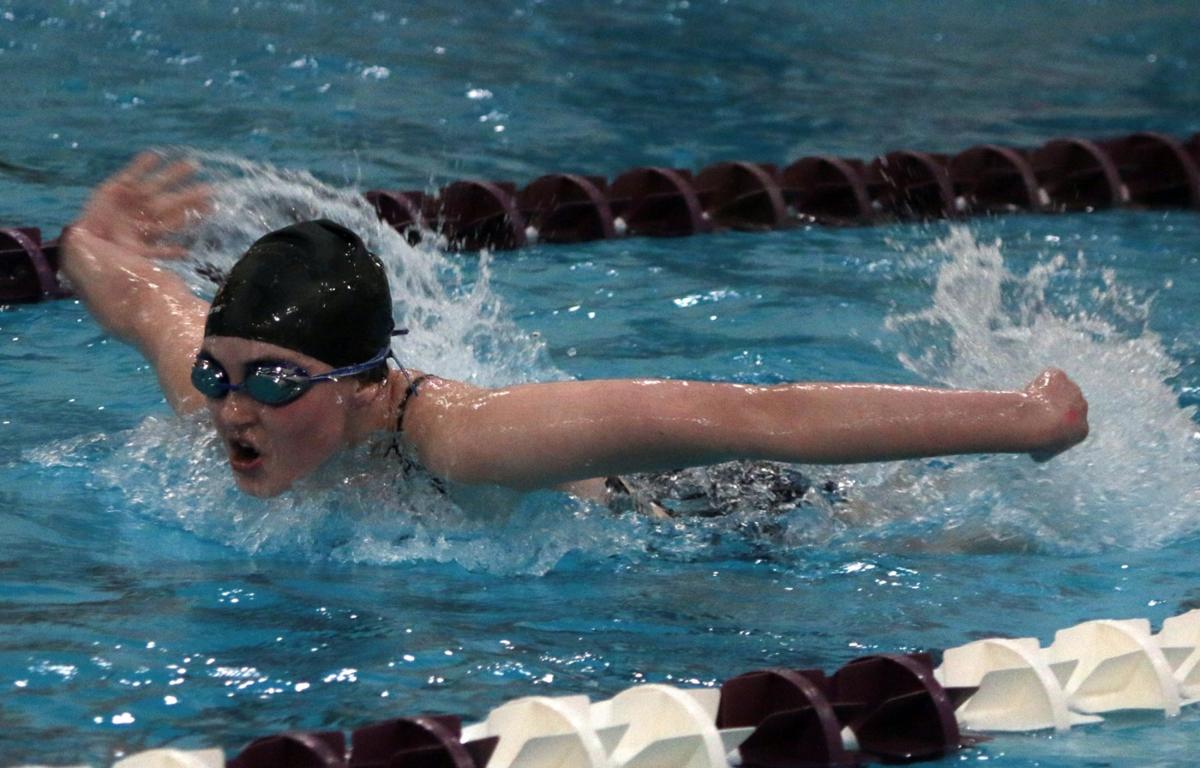 Darlington’s Alexander Greene competes in the boys’ 200-yard freestyle during Thursday’s meet at Darlington’s Huffman Center. Greene won the event in a time of 2:27.18.

A trio of Darlington School swimmers celebrated their final home meet of their careers with some extra rewards on Thursday.

Seniors Alexander Greene, Spencer Shadday and Austin Yearout were part of the Tigers’ victories in the pool at Darlington’s Huffman Center as the boys and girls welcomed Cartersville, Coahulla Creek and the Floyd County Schools swim team for the evening.

Darlington’s Yearout took the most individual wins for the Tigers as he won the boys’ 200-yard intermediate medley in a time of 2 minutes, 22.48 seconds and the boys’ 100 backstroke in 1:02.14.

Both were members of Darlington’s two winning relay teams during the evening as the Tigers took first in the boys’ 200 medley relay with a time of 2:03.58 and in the boys’ 200 freestyle relay at 1:48.18.

The three seniors on Darlington’s boys’ team were recognized along with girls’ team seniors Molly Brewer, Veeka Malnchuk and Anne Scott Smith prior to the start of the meet.

Model had some victories in the girls’ events as part of the Floyd County Schools swim team.

Both girls joined teammates Molley Maddox and Neely Brownlow to get a victory in the girls 200 freestyle relay as they finished in 1:58.61, 10 seconds ahead of runner-up Cartersville.

Armuchee’s Blake Montgomery, also swimming as part of the Floyd County Schools’ contingent, won first place in the boys’ 100 breaststroke with a time of 1:19.32 and was second in the boys’ 500 freestyle as he was barely edged by Coahulla Creek’s Noah Phillips.

Darlington’s girls came in second place in several events during the evening, including in the girls’ 200 medley relay and 400 medley relay.

Coming in second for Model’s boys were the Blue Devils’ 200 medley relay team, Will Chandler in the 50 freestyle and Brewer Blalock in the 100 breaststroke.