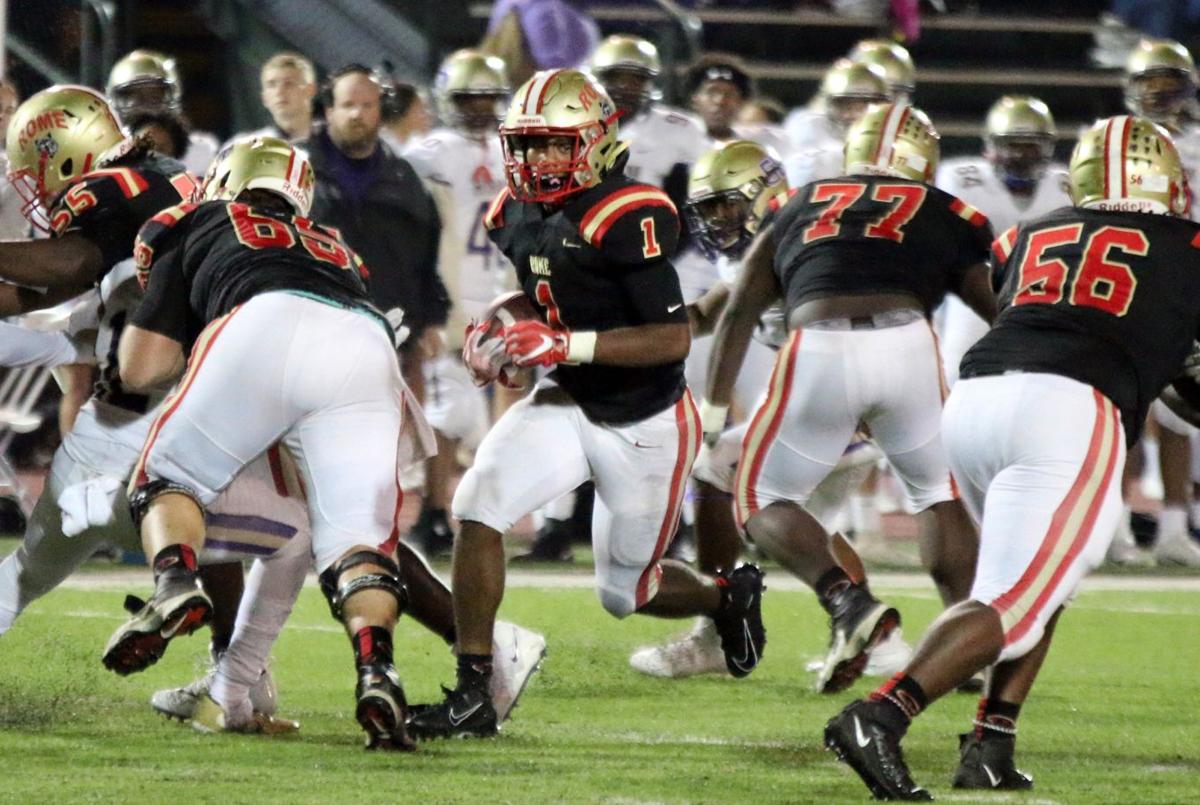 Rome High running back EJ Burks (1) and the Wolves will open the 2019 playoffs Friday night at Barron Stadium against Lithonia. 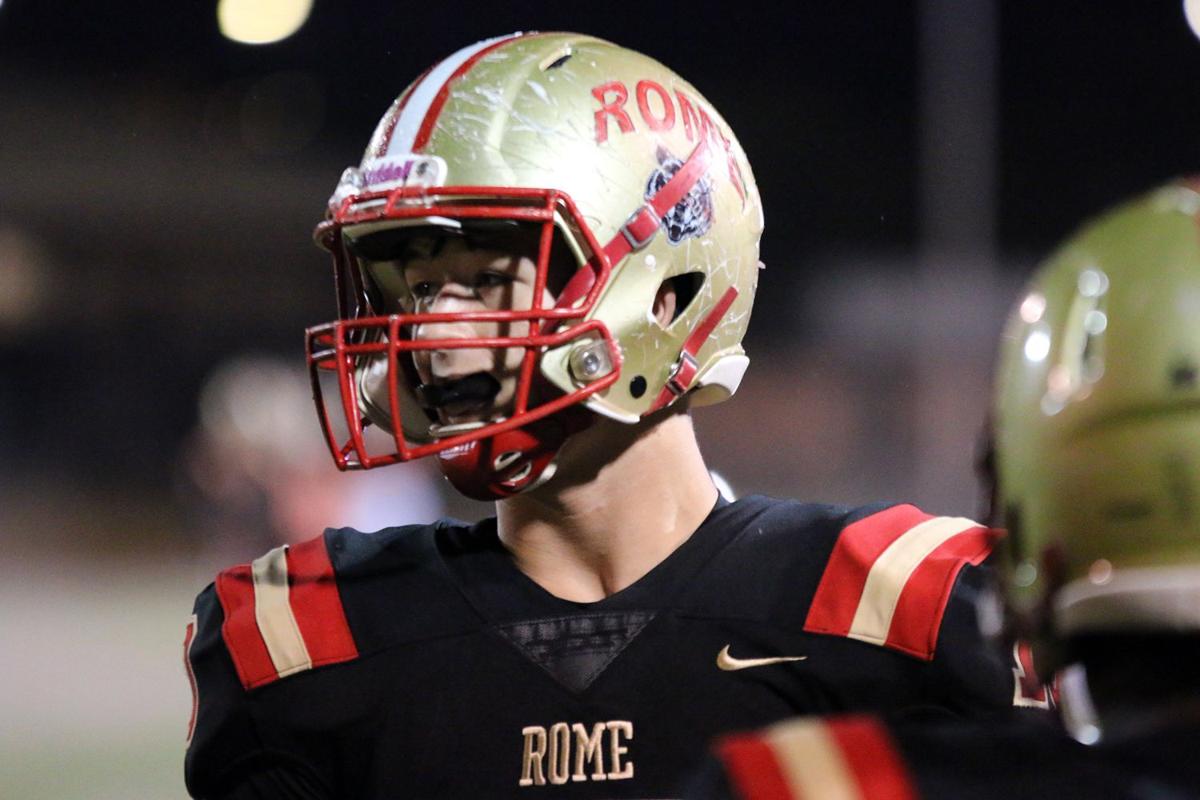 Rome High defensive lineman Bryant Wilkinson has five sacks and 15 tackles for loss on the year heading into the playoffs.

Rome High running back EJ Burks (1) and the Wolves will open the 2019 playoffs Friday night at Barron Stadium against Lithonia.

Rome High defensive lineman Bryant Wilkinson has five sacks and 15 tackles for loss on the year heading into the playoffs.

Taking an opponent for granted doesn’t fit in with the Rome High football team’s approach.

When the Wolves host a 4-6 Lithonia team for the first round of the Class 5A state playoffs Friday, head coach John Reid is looking for his team to double down on its resolve and not look past the Bulldogs.

“They are a good opponent,” Reid said. “They are better than their record. People are going to see a good team on Friday night.”

All that being said, No. 3-ranked Rome comes into the contest on a week’s rest following a six-game winning streak that saw the Wolves outscore opponents 276-30. The only thing that kept them from winning a fourth straight Region 7-5A title was a 24-20 loss to No. 1 Carrollton in Week 5.

Rome, instead, takes the region’s No. 2 seed into the postseason and matches up with Region 5-5A No. 3 seed Lithonia, a team that has plenty of weapons at its disposal and is looking to continue its recent trend.

The Bulldogs won three of their last four games, including a 37-7 win over Arabia Mountain last week that determined the region’s third and fourth seeds.

“They are a team that is hitting their stride, and we’ll have to be ready to go and start out fast against them,” Reid said.

Lithonia began the season 3-0 before the team was forced to forfeit its two season-opening wins over Forest Park and Redan due to an ineligible player, neither of which were region games.

Reid said they are prepared to face a super aggressive team that doesn’t take a play off, including special teams. The Bulldogs have utilized a two quarterback system to bring balance to their offense.

The offensive line features senior Broderick Jones, a 6-foot-5, 275-pound Georgia commit that also plays defensive end. On defense, junior linebacker Asmar Hasan has proven disruptive for opponents this season. He finished with 21 tackles, a sack and a fumble recovery against Arabia Mountain.

Rome had a little break last week as it had its first bye week following nine straight weeks with a game. Reid said they used it to their advantage and started this week on the right foot.

“They’re doing great. I think we welcomed the week off after so many straight weeks playing,” he said. “We’ve had a great week of practice. We practiced two hours (Tuesday) night in a 17-degree wind chill. It was a little rough but the kids did a good job with it.”

Frigid temperatures are not in the forecast for Friday night at Barron Stadium, but the Wolves hope their running game will be making an appearance as the power duo of senior Ahijah Blackwell and junior EJ Burks have provided the spark for it this season.

Blackwell finished the regular season with 1,231 yards and 17 touchdowns, while Burks had 721 yards and 16 touchdowns. Both averaged 7 yards per carry or better and have taken up the mantle after the graduation of Jamious Griffin, the 2019 Georgia Class 5A Offensive Player of the Year.

“A lot of people wondered at the beginning of the season who would run the ball with Jamious graduating and everything, and I think it worked out pretty well,” Reid said. “The thing about Ahijah is he was very patient, learned the system and got stronger. And when it became his turn he’s done a great job.”

Many Rome players will start in their first playoff game Friday night, including quarterback Caleb Ellard, who has quietly thrown for 930 yards and seven touchdowns with no interceptions this season. The junior’s favorite target has been Jay Wise, who has 387 yards and five touchdowns with an average of 16.5 yards per catch.

Several players have shined for the Wolves’ defense this season, with Nick Burge and Simon Nguyen leading the team with 76 and 74 total tackles, respectively. Bryant Wilkinson has powered his way to 15 tackles for loss and five sacks, one less than Coastal Carolina commit Rayquan Jones.

Army commit Aidan Gaines anchors an offensive line that has been at the forefront of the Wolves’ high-yardage production.