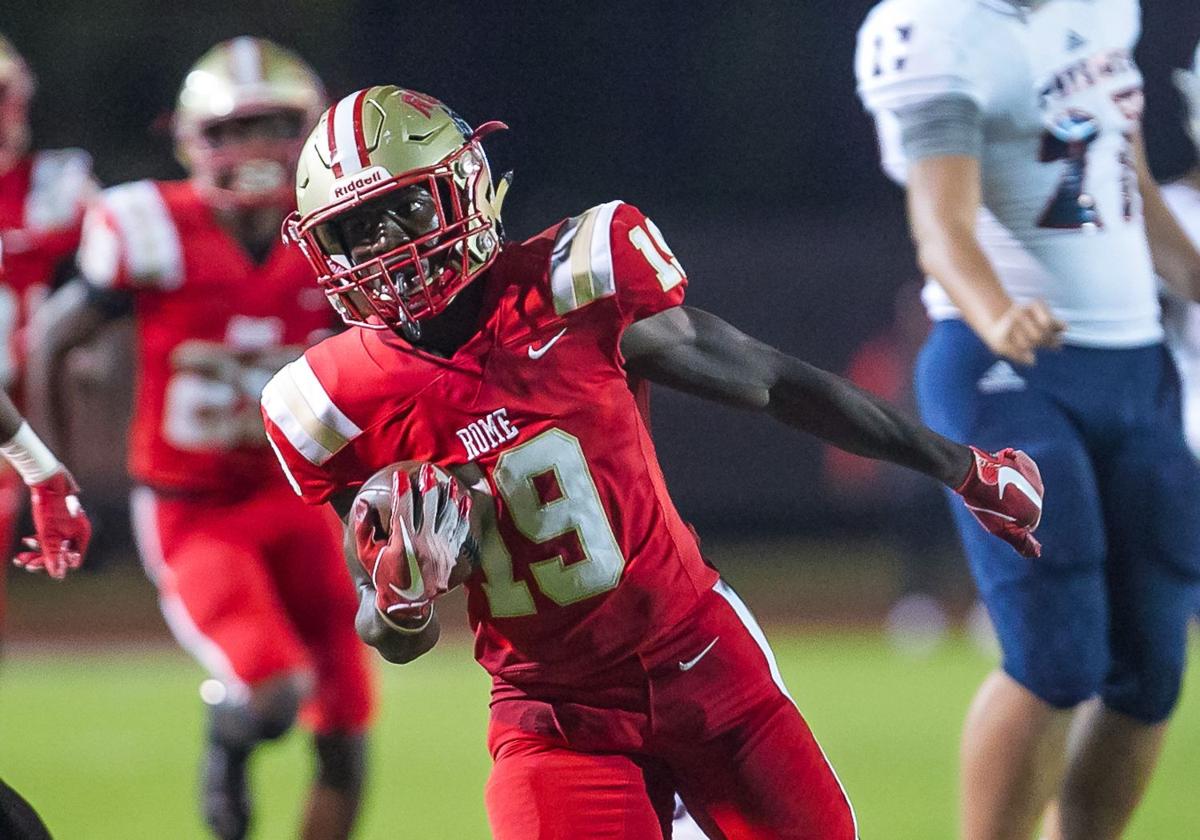 Rome High’s Bryson Hill runs back a kick return during the first quarter of Friday’s game at Barron Stadium. 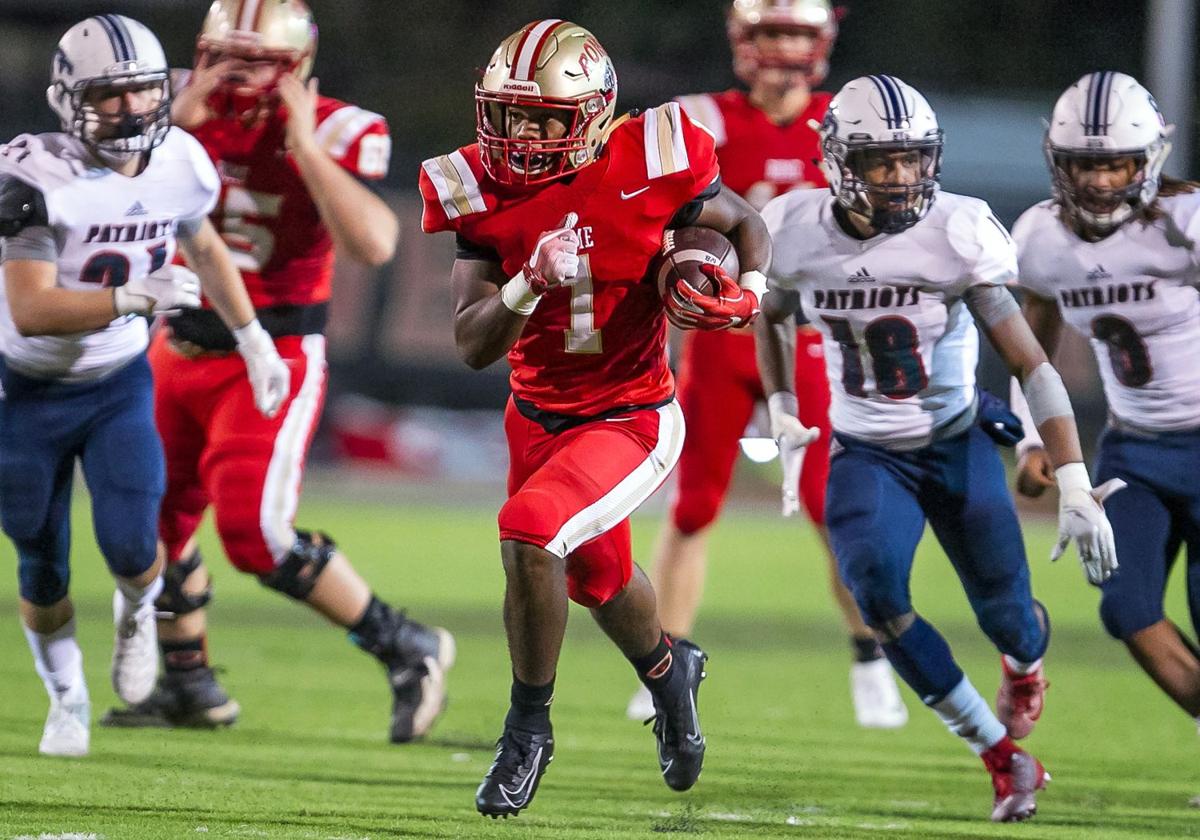 Rome High running back EJ Burks runs down the field during Friday’s game against Paulding County. 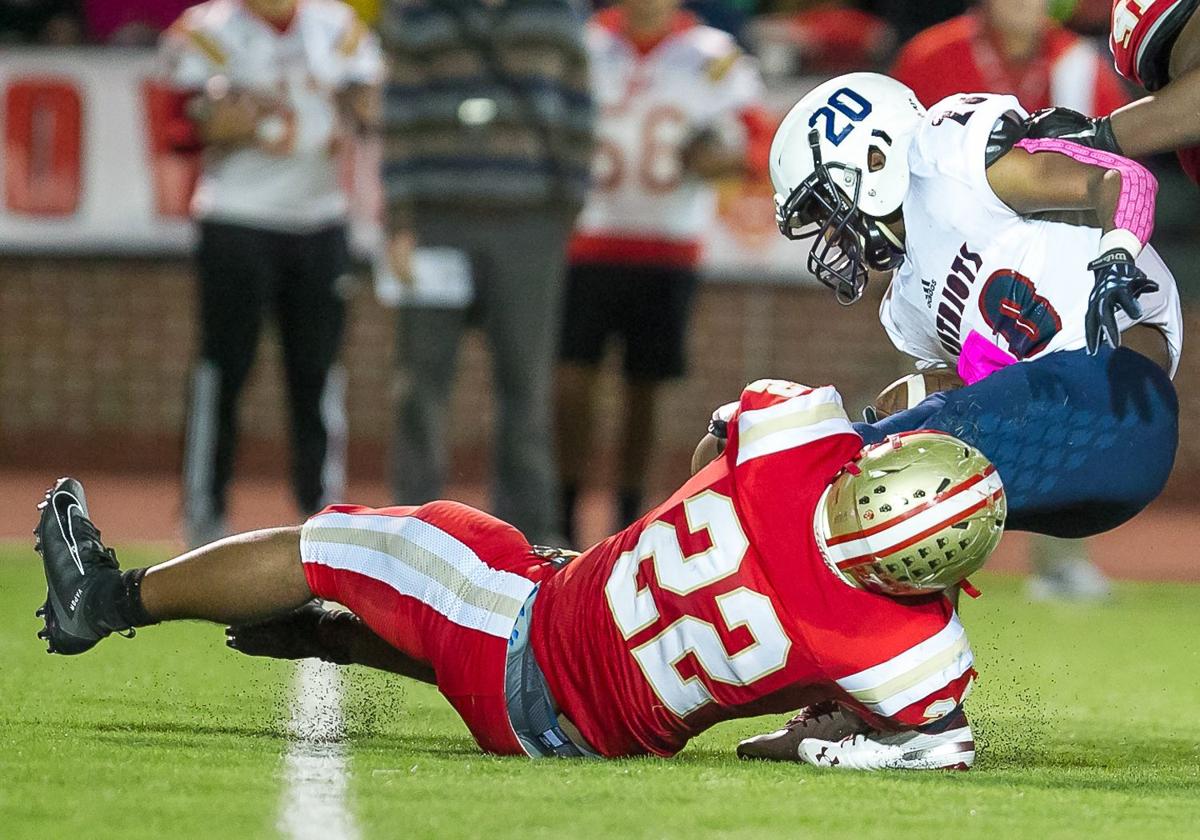 Rome High’s Bryson Hill runs back a kick return during the first quarter of Friday’s game at Barron Stadium.

Rome High running back EJ Burks runs down the field during Friday’s game against Paulding County.

For a short time, Paulding County looked to make a game of Friday’s contest at Barron Stadium, but a key defensive stop for Rome High in the second quarter shifted all of the momentum back to the Wolves.

No. 6 Rome pleased its fans on homecoming night with a 51-14 win over the Region 7-5A opponent Patriots for its fourth straight victory.

After cutting the Wolves’ lead to 16-7 and recovering a short kickoff at the Rome 31-yard line, Paulding County marched down to the 2-yard line with a chance to bring the game within two points.

But a bad snap by the Patriots was picked up by Rome sophomore Bryson Hill and returned 76 yards for a touchdown to give the Wolves a 23-7 lead, ultimately putting the game out of reach for Paulding County.

“The goal-line stand — let’s punch the ball out and see if we can’t score and the next play we did, so I think that was the back breaker right there,” Rome head coach John Reid said. “It would’ve put them right back in the game, and then after that our offense played pretty good.”

Hill came up with some big plays for the Wolves (6-2, 5-1 7-5A), including an interception in the second quarter and an 81-yard free kick return for a touchdown in the first quarter after the Wolves scored on a safety.

“They punted it a mile, but he caught the thing,” Reid said. “We had a great kickoff return set up, and he hit it right in the right spot. He had some good tackles. It was a big night for him.”

The Wolves have now won 12 straight contests against the Patriots in a series dating back to 2002, and have outscored their last four opponents 186-24.

Combined with their stifling defense, the Wolves’ offense struck early and often against the Patriots, led by Ahijah Blackwell with 141 yards and two touchdowns on nine carries. Blackwell now has 1,007 yards on the season with three games left to play.

EJ Burks only had 48 yards on the night, but scored two touchdowns on runs of 11 and 32 yards. Caleb Ellard was 4-of-5 for 115 yards, including a 51-yard touchdown strike to Adam Peterson, who finished with two catches for 67 yards.

The Patriots (3-4, 2-3) had some success throwing the ball against the Wolves, which was something Reid was concerned about before the game. Paulding County quarterback Brayden Mauldin was 20-of-34 for 195 yards with two touchdowns and two interceptions.

“Defensively I was concerned coming into the game because these guys throw the ball well, and they had an off week last week,” Reid said. “We haven’t played a team in three games that throws the ball very well. It’s good for us to come out with a win and still work on that stuff because I think our timing was off a little bit at DB. No matter what you do at practice, you can’t simulate that.”

The Wolves will face Hiram next Friday at Barron Stadium.