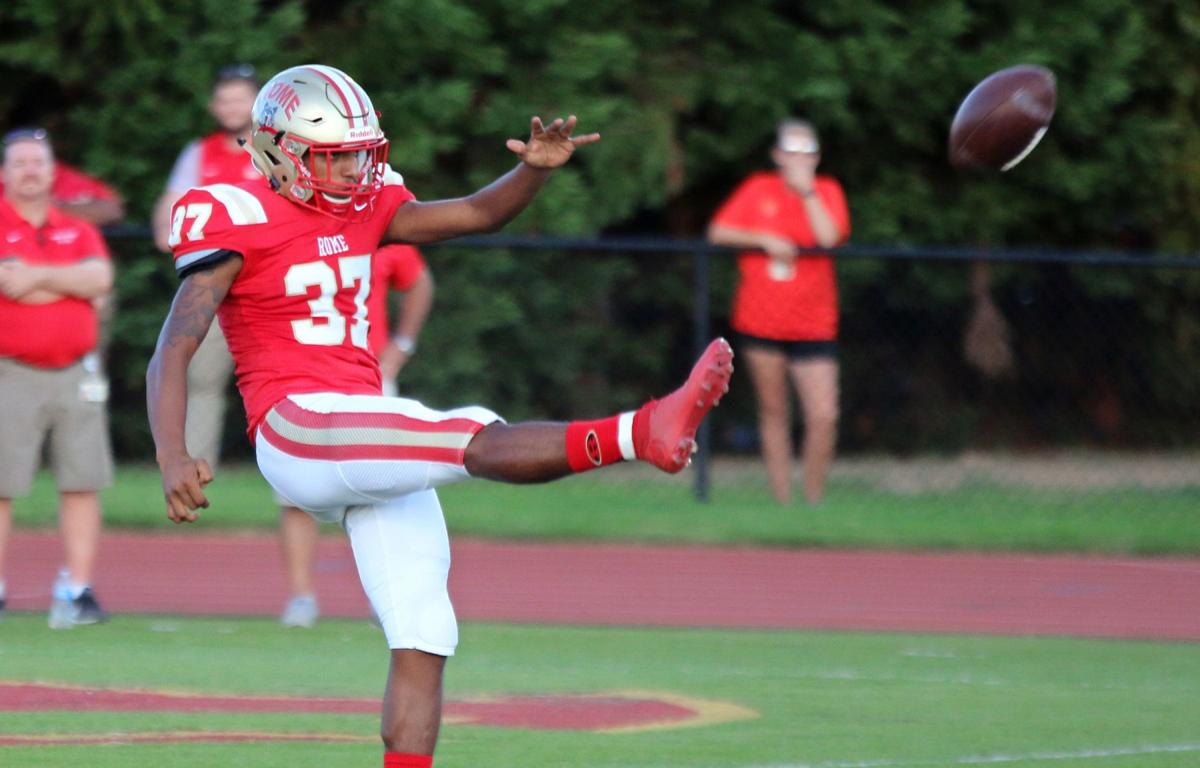 Rome High kicker Alonzo Rodriguez once again was named the Region 7-5A Special Teams Player of the Year after going a perfect 59-of-59 for extra points in his senior season. 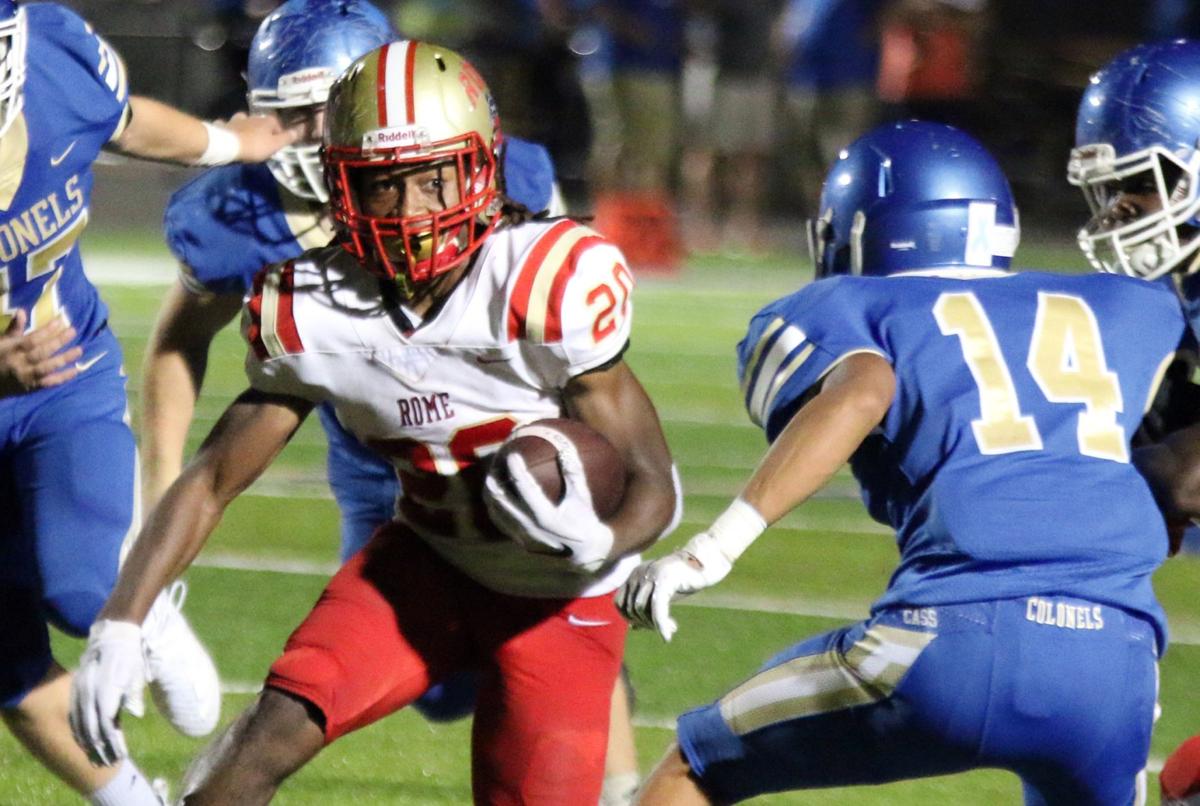 Running back Ahijah Blackwell finished with over 1,500 yards rushing and 22 touchdowns for Rome this season.

Rome High kicker Alonzo Rodriguez once again was named the Region 7-5A Special Teams Player of the Year after going a perfect 59-of-59 for extra points in his senior season.

Running back Ahijah Blackwell finished with over 1,500 yards rushing and 22 touchdowns for Rome this season.

The season may not have ended the way many had wanted, but the 2019 edition of the Rome High football team still had plenty of talent and playmakers that gave Wolves fans something to cheer about on Friday nights.

And for its final season in Region 7-5A, Rome was honored with several players being recognized by the region’s coaches as members of the 2019 7-5A All-Region Team, which was released last week.

Seven Wolves were named to the all-region first team, and senior kicker Alonzo Rodriguez repeated as the region’s Special Teams Player of the Year after another stellar season providing consistency for Rome.

Rodriguez was a perfect 59-of-59 when it came to extra points this season and was 8-of-15 on field goals, hitting a school record 47-yarder in the process. He also was ultra reliable on kickoffs with 98% of his kickoffs going for touchbacks.

Among Rome’s first-team selections are its top offensive and defensive players, running back Ahijah Blackwell and linebacker Nick Burge.

Burge wrapped up a strong career with the Wolves by recording a team-leading 93 total tackles this past season, 59 of which were solo shots. That includes six tackles for loss and a pair of sacks.

After patiently waiting for his shot, Blackwell broke out with a senior year that included 1,568 yards rushing and 22 touchdowns for an 8-yard per carry average.

Also on the first team offense are Rome linemen Quantavious Leslie and Aidan Gaines, two 2018 All-State selections who have been solid parts of the Wolves’ offensive front. Both have been heavily recruited, with Gaines recently making his choice official to attend West Point and play for Army.

On the defensive side of the ball, senior lineman Rayquan Jones led Rome this past season with seven sacks and signed with Division I Coastal Carolina last week. He finished with 29 total tackles, including four tackles for loss, and two fumble recoveries.

Fellow defensive lineman Bryant Wilkinson also made the first team after tallying an impressive 76 total tackles, including a team-leading 17 tackles for loss. The senior also had five sacks.

Defensive back Tim Jones Jr. rounds out Rome’s first-team selections as he finished with 79 total tackles, 58 of which were solo tackles. He also had 10 pass breakups and four interceptions.

Rome finished second in the region this past season with a 7-1 league mark and a 9-3 overall record after being eliminated from the playoffs by Warner Robins with a 25-17 loss in the second round of the state playoffs.

The Wolve’s only region loss came in a 24-20 heartbreaker to Carrollton on the road in Week 5. Rome averaged over 250 yards rushing per game this season and outscored opponents 457-153. The Wolves held six opponents to a touchdown or less and claimed four shutouts.

Rome will move up to Class 6A next year, with teams competing in Region 5-6A, thanks to the Georgia High School Association reclassification. The region will include some current 7-5A teams, like Carrollton and East Paulding, but will also include Dalton and South Paulding.