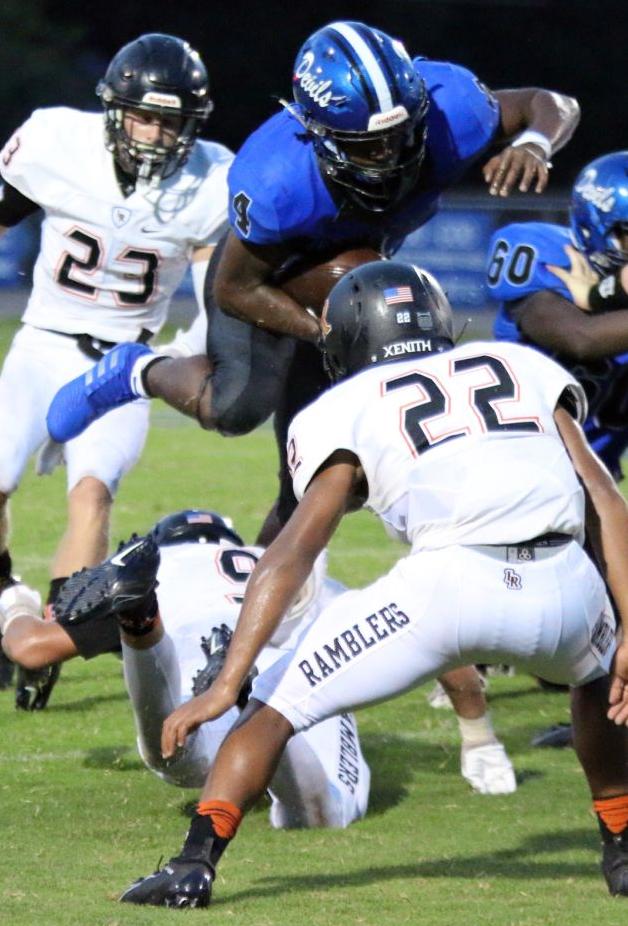 Model’s A.J. Woods (4) leaps over LaFayette’s Darian Stevens (9) for a gain during the second quarter of Friday’s non-region game at Woodard-Tuggle Stadium. 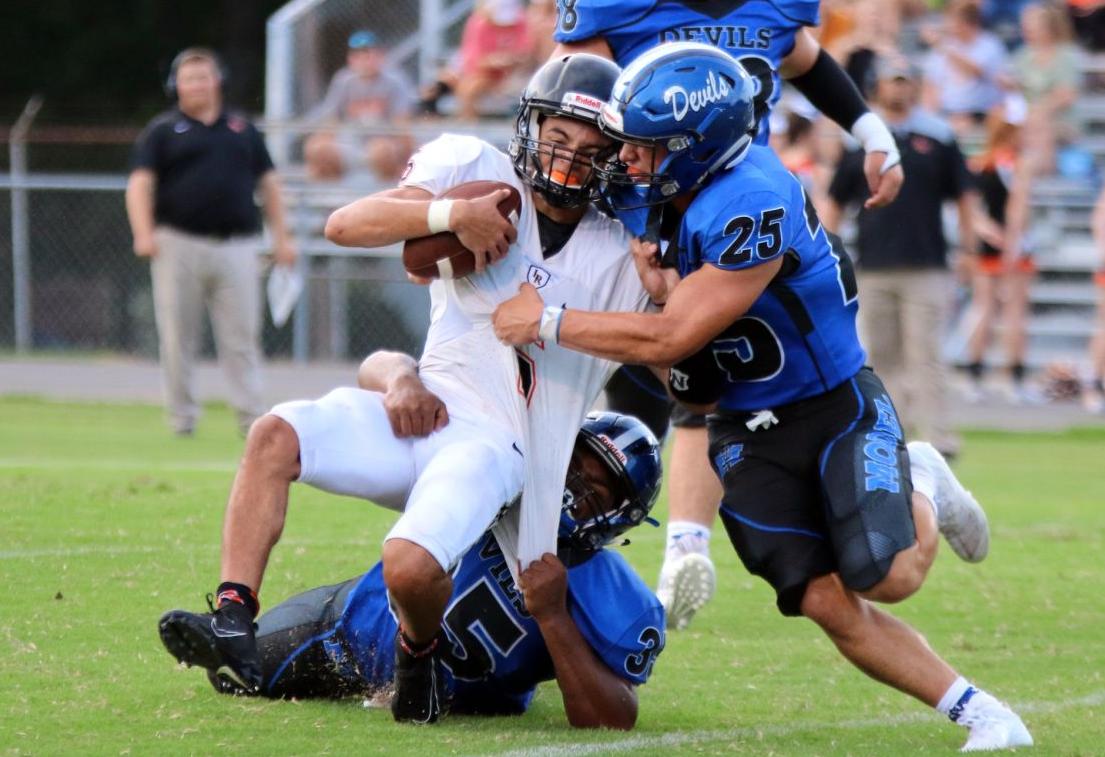 Model’s A.J. Woods (4) leaps over LaFayette’s Darian Stevens (9) for a gain during the second quarter of Friday’s non-region game at Woodard-Tuggle Stadium.

A frantic fourth quarter gave Model fans some hope for the season ahead but left the Blue Devils just short of the visiting LaFayette Ramblers on Friday night.

Down 6-3 after three quarters, Model found some breaks in the LaFayette defense to score two touchdowns in the final 12 minutes of an 18-16 loss in a non-region game at Woodard-Tuggle Stadium.

The game was the first one under the leadership of first-year head coach Jeff Hunnicutt, who said the lessons his players learned from the regular season opener will be valuable down the road.

“It hurts like any loss should hurt. I hope they understand and realize that, but in the same breath I’m extremely proud of these guys,” Hunnicutt said. “I thought we fought extremely hard. I thought we did some things well. Obviously it’s game one, but I think we saw that we better get our rear ends in shape because it’s going to take four quarters.”

Model (0-1) ran for 173 yards and Jabari Burge connected for one pass out of 12 attempts, with Richmond Sims hauling in a 32-yard reception before being brought down at the 1-yard line.

The Blue Devils scored their first touchdown of the night on the very next play as quarterback Sam Silver dove over the offensive line from a yard out to cap the 14-play, 56-yard drive to give Model a 9-6 lead.

“We’re going to grow,” Hunnicutt said. “We can’t start pointing fingers at each other when things go awry. We’ve got to build and mold each other as a team. We’ve got to start trusting our brothers.”

LaFayette (1-0) rushed for 192 yards and had 294 yards of total offense with quarterbacks Zach Cowan and Jaylon Ramsey sharing time behind center and powering the Ramblers.

Running back Jamario Clements scored to end back-to-back LaFayette drives in the fourth quarter, the last one coming after a 43-yard run from Ramsey to set up the five-yard scoring run and put the Ramblers up 18-9.

With three minutes left in the game, Model put together its longest drive of the night as the Blue Devils started on their own 20 and was able to get big gains from Woods and Burge to set up an 8-yard TD run by Burge around the right side of the line.

David Veillon converted the extra point and Model pulled within two of the visitors with 55. 3 second to play. Veillon followed with an onside kick that went off a LaFayette player before being recovered by the Ramblers, who were able to run out the clock.

Hunnicutt has tried to implement more of a spread offense since taking the job at Model, and the Blue Devils went to the air plenty of times but had some untimely dropped passes through the night.

Model will be back in front of its home crowd next Friday to welcome Sonoraville for the team’s second non-region contest.