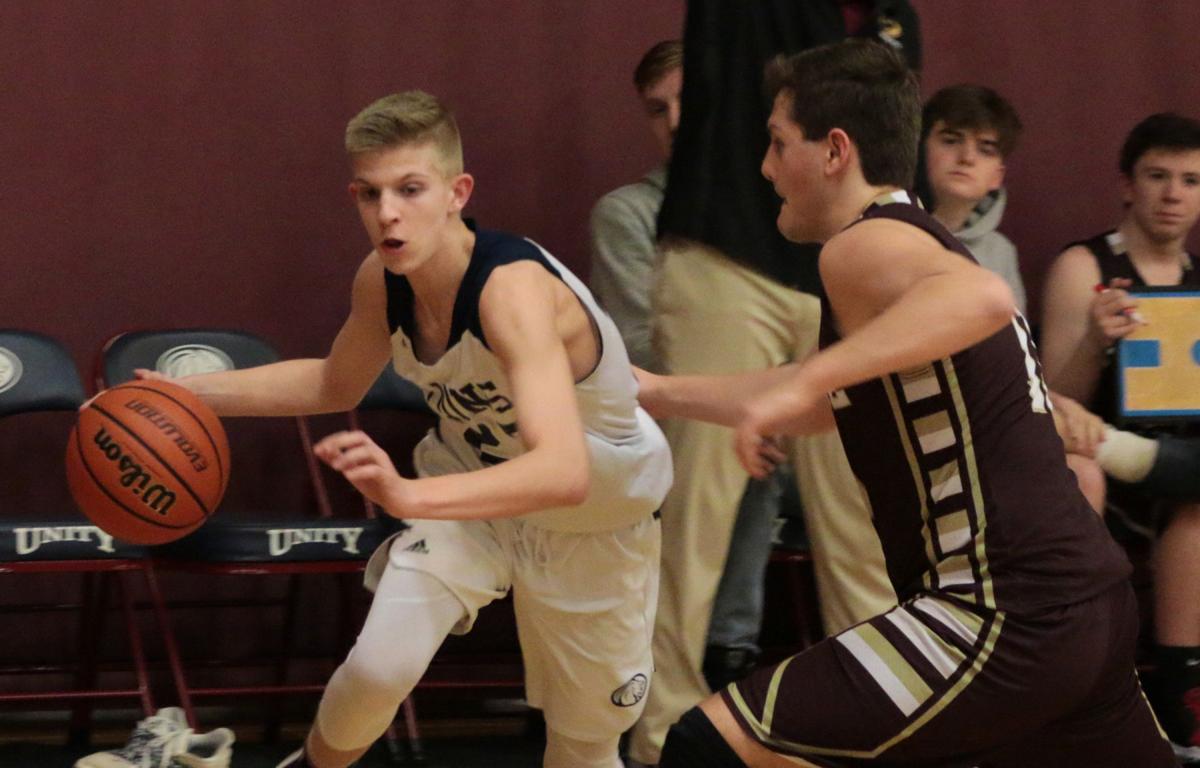 Unity Christian’s Austin Wilkerson (left) drives toward the goal around a Praise Academy player during Tuesday night’s GAPPS Region 1-A game at The Lion’s Den at Unity Christian School. 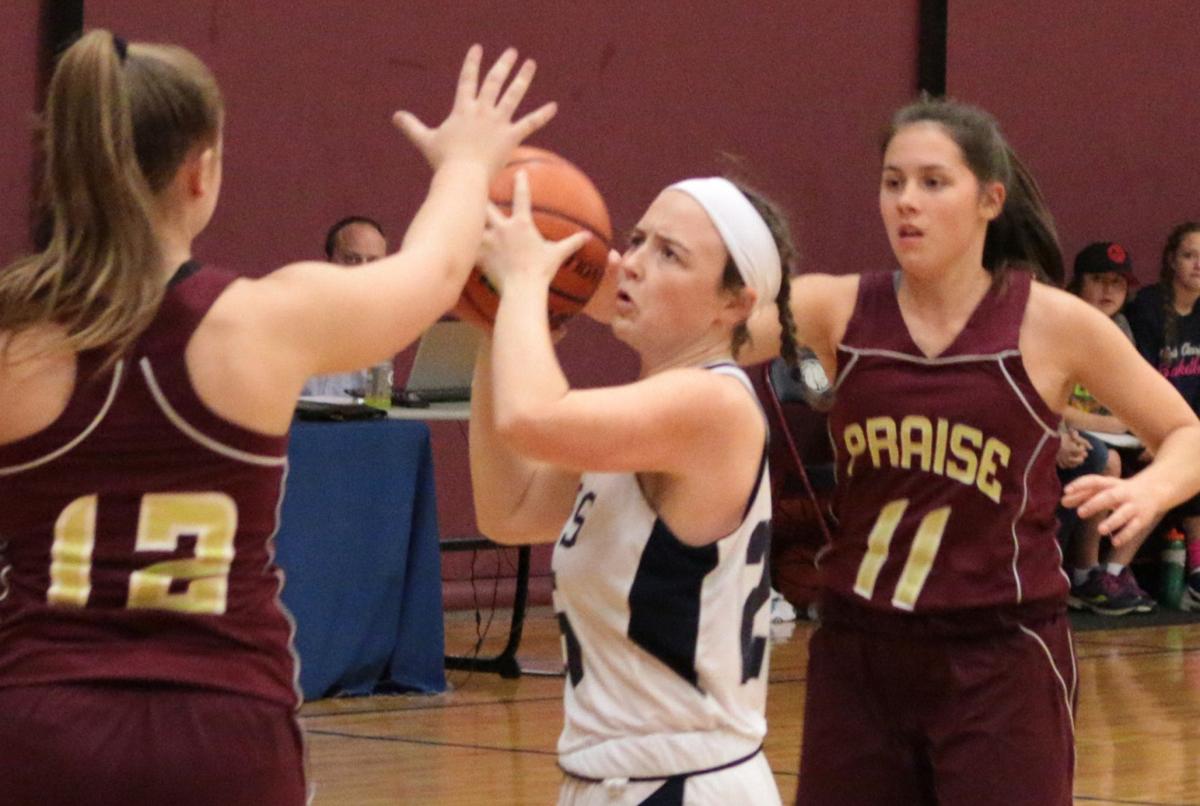 Unity Christian’s Annie Plant (center) looks to keep the ball away from a pair of Praise Academy players during Tuesday’s game. 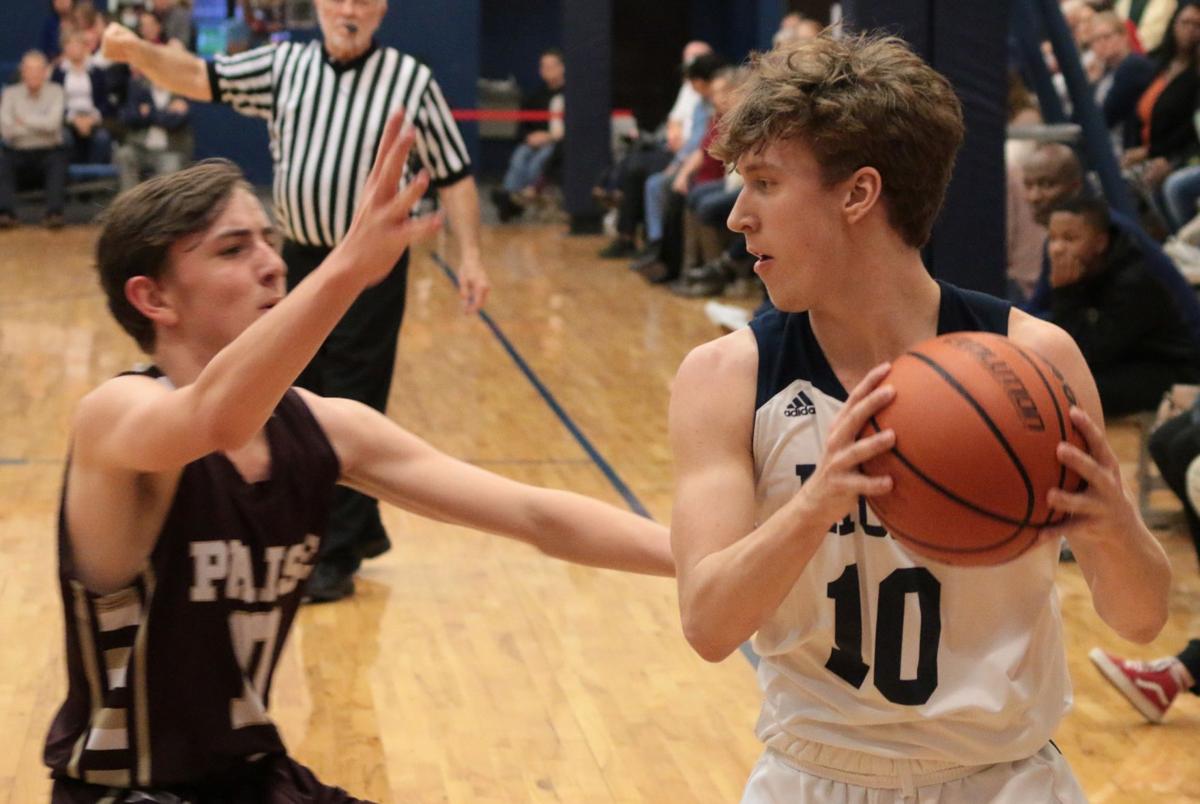 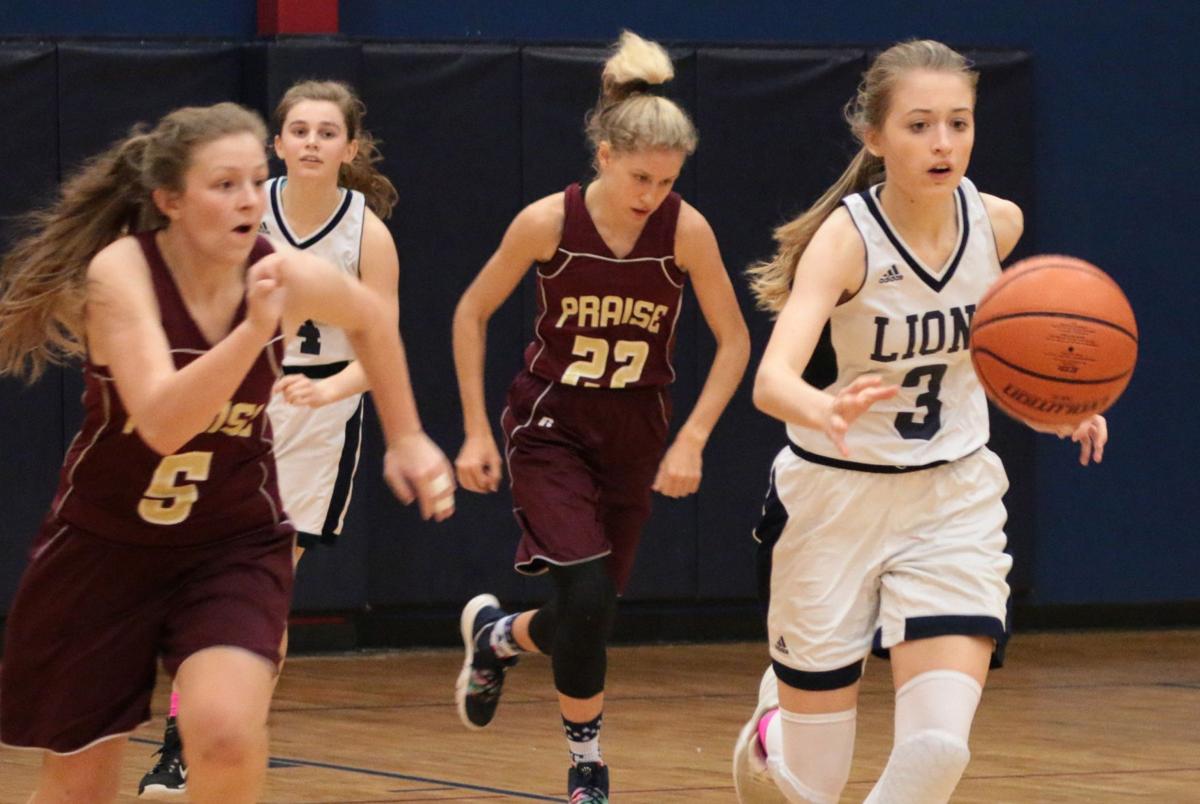 Unity Christian’s Austin Wilkerson (left) drives toward the goal around a Praise Academy player during Tuesday night’s GAPPS Region 1-A game at The Lion’s Den at Unity Christian School.

Unity Christian’s Annie Plant (center) looks to keep the ball away from a pair of Praise Academy players during Tuesday’s game.

It was a pleasant night for the Unity Christian School basketball teams Tuesday, even if they entered the evening’s contests with some trepidation.

Both the Unity Christian Lions and Lady Lions defeated visiting Praise Academy in GAPPS Region 1A contests, with the girls winning 40-27 and the boys getting a 65-30 victory despite having four players who have started for them out of the game due to injury.

Unity boys’ coach Matt Claytor said before the game that he had all the confidence in the players that were healthy to step up and fill those holes.

“I think overall we’ve seen some adversity over these last couple of games with guys going out,” Claytor said. “And you hear big-time programs talking about the next-man-up mentality. And it really seems that way.”

Austin Wilkerson has been the leader of that movement as the freshman led the Lions on Tuesday night with 21 points against Praise Academy and scored a team-high 14 points on Monday against Georgia Cumberland Academy.

Unity’s boys (12-5, 6-1 1A) got top defensive efforts from several younger players, like Sam Mumpower, Bailey Mohler, Tahiri Tolbert and Jordan Massingill in the game with Praise Academy. John Nance added 15 points, while Zach Irmscher had nine and Eli Thompson finished with five points and a charge.

Two of the players Unity did not have Tuesday night were senior Huston Bryant and Kovi Chambers. Bryant is averaging 17 points per game this season, while Chambers has been the Lions’ leading rebounder.

“We’ve got a bunch of kids that absolutely love basketball, and they work hard at it and they play hard. We’re not the biggest team, and that’s what tends to get us in a little bit of trouble when we play teams with size,” Claytor said.

“We’re 3-3 this year against area teams, which was our goal was to be competitive with them, but their size has been a little bit too much for us. But we’re just trying to play an up-tempo style, get up and down the court. Usually we’ll play 11 or 12 guys every night. So we just try to keep the pace up.”

The Lions have three more region games left on the schedule, with the final one at home on Jan. 28 against Grace Christian Academy.

“We should be very competitive. There’s four teams in our region that are really competing for that first spot,” Claytor said. “Really for us, it’s the rebounding piece. Because we’re such a small team, it’s like if we can figure that out — and right now we haven’t been able to figure that out — but if we can figure out how to consistently rebound, that’ll take care of a lot of our issues.”

The Lady Lions opened the game with a 7-1 run and had another small run to start the second period before leading 20-10 at halftime. A 9-0 stretch to start the third quarter gave Unity a 29-10 lead, matching its biggest of the night, and ultimately sealed their victory.

“All season long we’ve been focusing on our defense and I attribute our offense to our defense. So when we don’t show up on defense, our offense suffers from that,” Unity girls’ coach Melanie Thornbury said. “I make it a point after every quarter to say, ‘hey, come out and get at least three stops.’ And then hopefully that’ll turn into six points on our end.”

Annie Plant led Unity with 14 points, including a pair of 3-pointers. Bekah Wisener and Summer Harvey each finished with six points, while Emily King and Sydney Wells had five apiece.

Thornbury said Plant, a junior, has had a breakout season after she has watched her grow the last two seasons.

“I’ve coached her since she was a freshman and this year I feel like she’s finally turning that corner and becoming the scorer that she can be,” Thornbury said. “She’s knocking down shots from the outside. She’s taking the ball to the hole. Defensively, she brings me energy. She’s the total package right now.”

Both Unity Christian teams will be on the road Friday at Shiloh Hills Christian in Kennesaw.