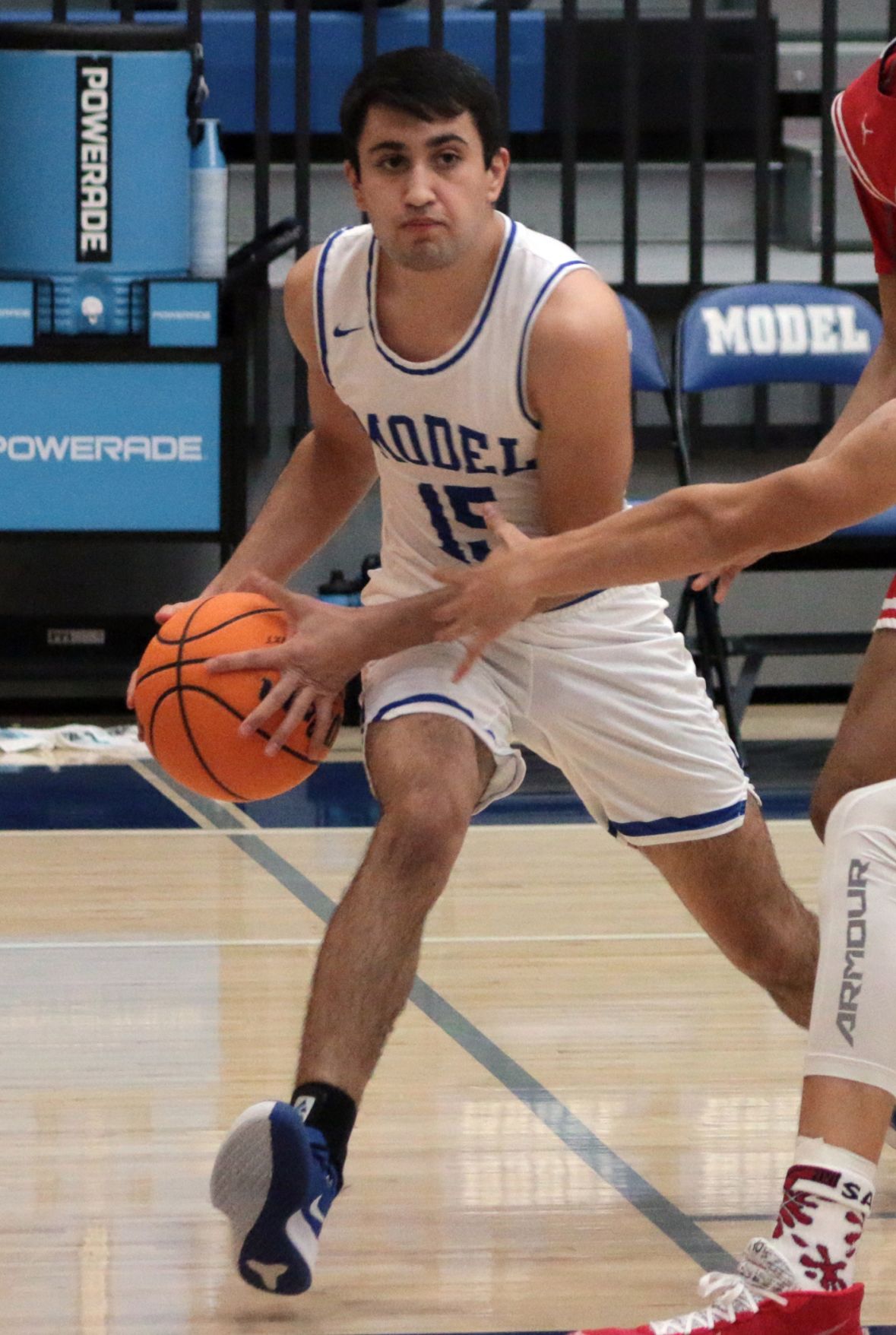 Model’s David Veillon looks to pass the ball around Chattooga during a Region 7-AA game Friday night at Model. 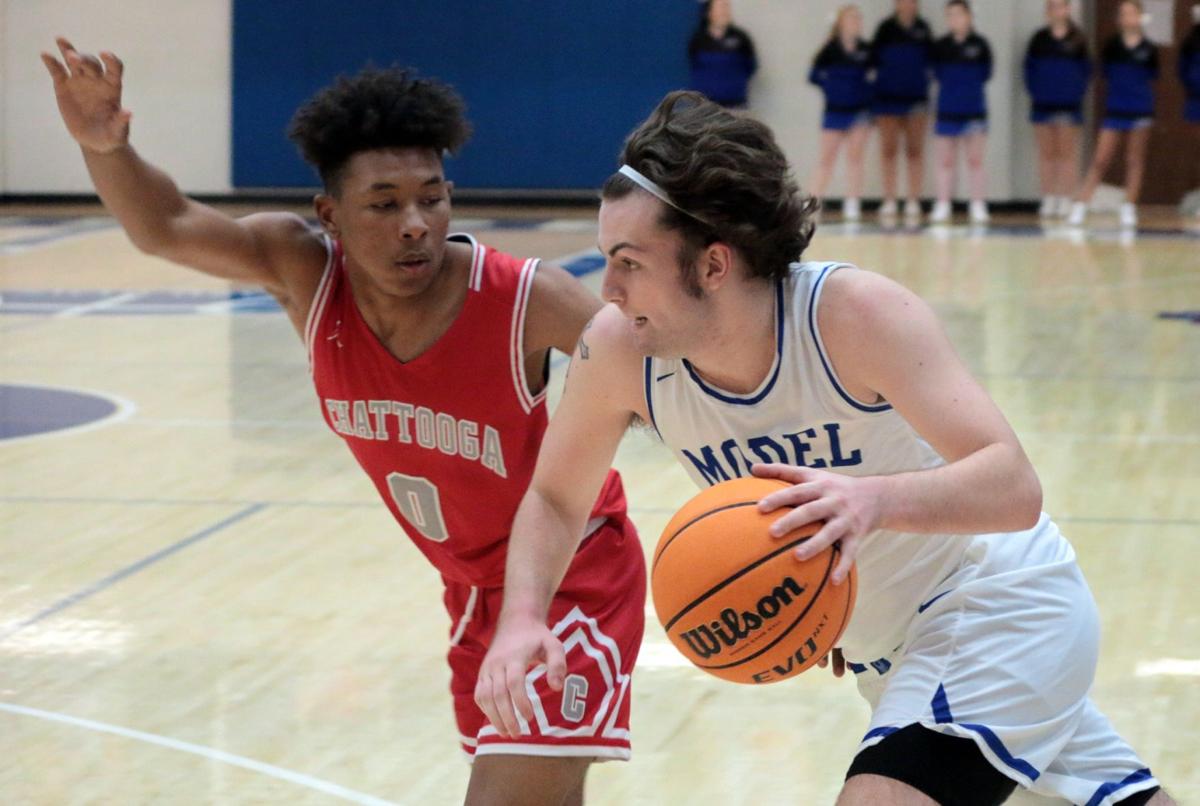 Model's Jackson Mathis (right) drives the ball to the inside against Chattooga's L.A. Riley during Friday's game at Model. 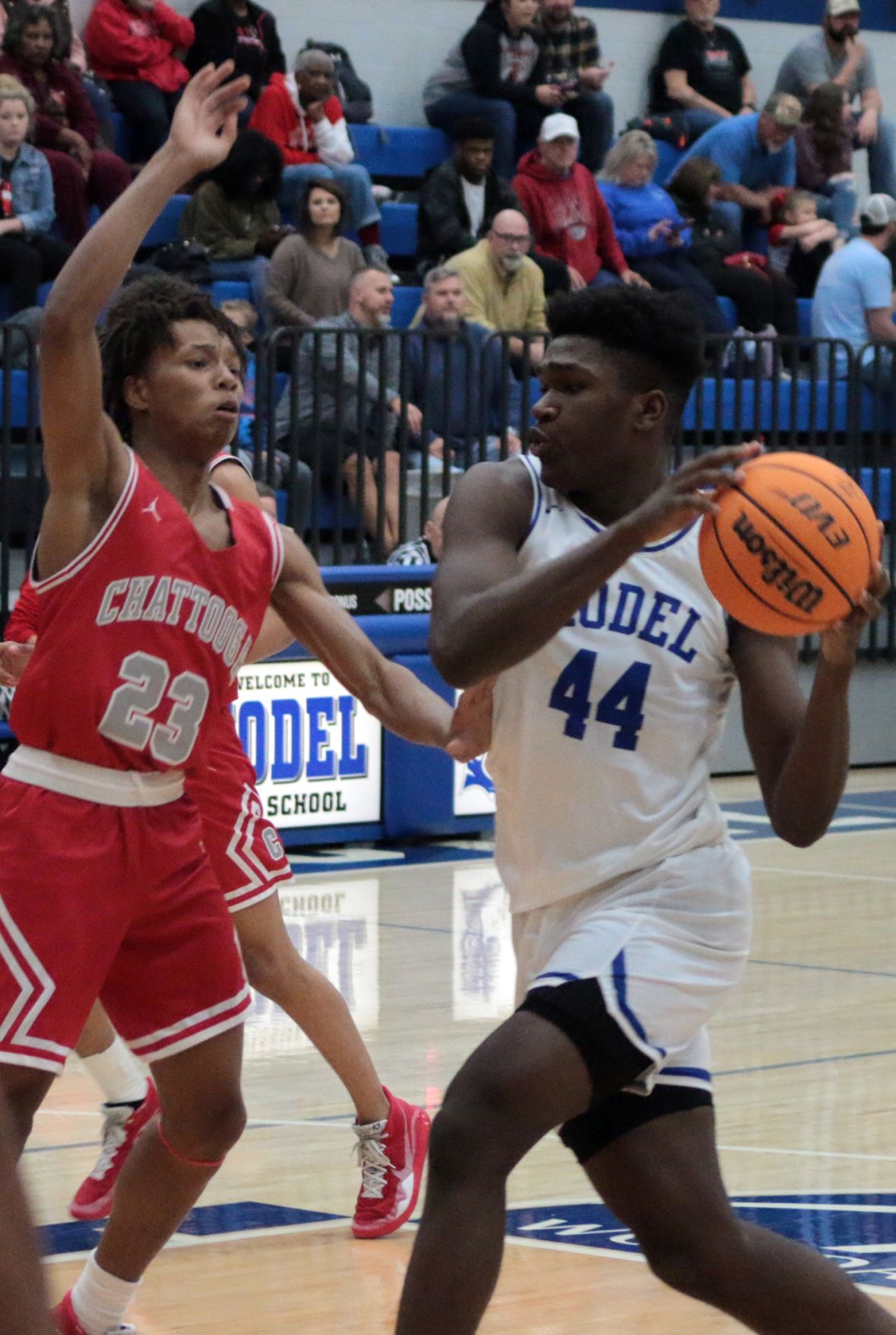 Model’s David Veillon looks to pass the ball around Chattooga during a Region 7-AA game Friday night at Model.

Model's Jackson Mathis (right) drives the ball to the inside against Chattooga's L.A. Riley during Friday's game at Model.

Model’s boys’ basketball team made a big statement on its home court Friday night, handing Chattooga its first Region 7-AA loss of the season in a 55-44 win at home.

The Blue Devils owned a 22-21 lead at halftime and made some key free throws late in the fourth quarter to stay ahead for the win.

As a team, the Blue Devils were 14-for-19 from the free-throw line, while Chattooga hit four of its 10 attempts.

Model was led by Dane Fisher, who scored 17 points on three 3-pointers while going 4-for-7 from the line. Jabari Burge added 13 points for the Blue Devils, David Veillon scored 11 and Jared Bomer added 10.

Chattooga was led by Jamarious Mosteller with 10 points, and Damien Smith and Cash Allen with nine points each. Smith scored all of his points off 3-pointers.

The win was the second straight for the Blue Devils after topping Darlington last weekend in the Big Blue Classic. The Blue Devils have also won five of their last seven contests, while ending a two-game run for the Indians.

A 25-3 third period boosted the Darlington boys to a 62-42 win over Excel Christain Academy on Friday, giving the host Tigers their third Region 6-A/A win of the season.

The victory broke a four-game skid and gives Darlington (4-8, 3-1 6-A/A) some confidence before taking on Mt. Zion-Carroll in another region tilt Saturday.

Ethan Aker sank four 3-pointers but it wasn’t enough for Armuchee to overcome the host Rockmart Yellow Jackets on Friday.

The Indians lost 86-57 in the Region 7-AA game, as Aker finished with 16 points and teammate Jax Gribble added 14.

Armuchee (3-13, 0-6 7-AA) will host its first games in its new gym Saturday against Unity Christian with the girls’ game starting at 5 p.m. Meanwhile, Rockmart (7-7, 4-1) will travel to Dade County

The return to region action wasn’t a pleasant one for the Rome High girls’ basketball team on Friday as the Lady Wolves lost in overtime to Villa Rica, 68-58.

The Lady Wolves will be back on the road today at Hiram for a 3 p.m. tipoff.

Trion’s girls dropped a close one at home Friday as the Lady Bulldogs were edged by Christian Heritage 41-37 in a Region 6-A/A contest.