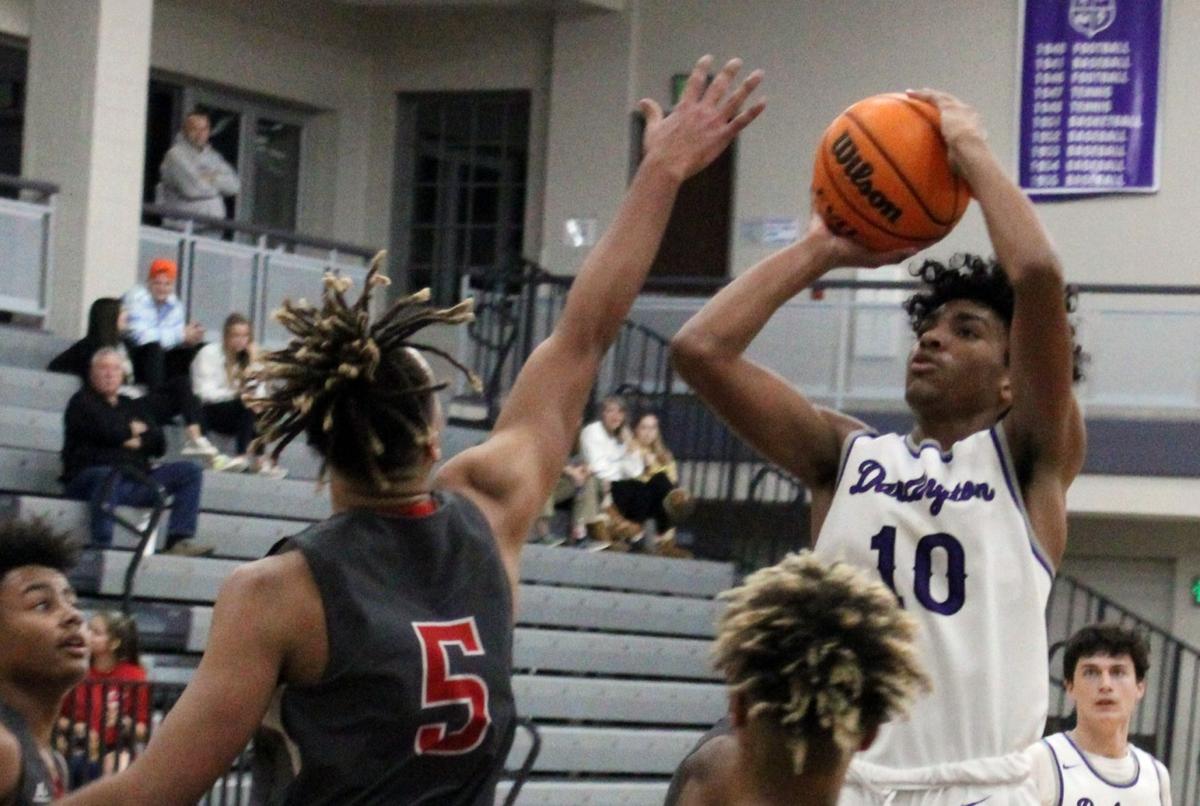 Darlington’s Patrick Shelley (10) tries to get a shot off over Mt. Zion’s Kendrick Brownlow during Saturday’s Region 6-A/A game at Darlington’s Huffman Center. 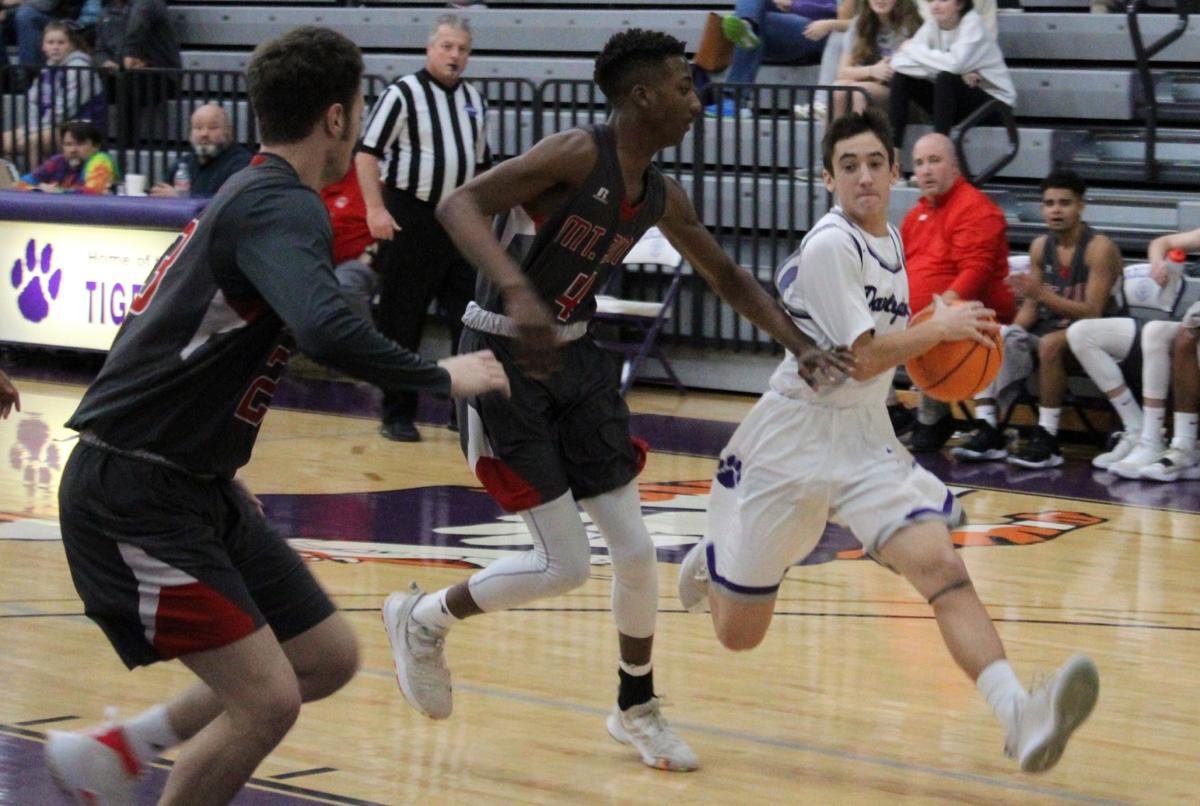 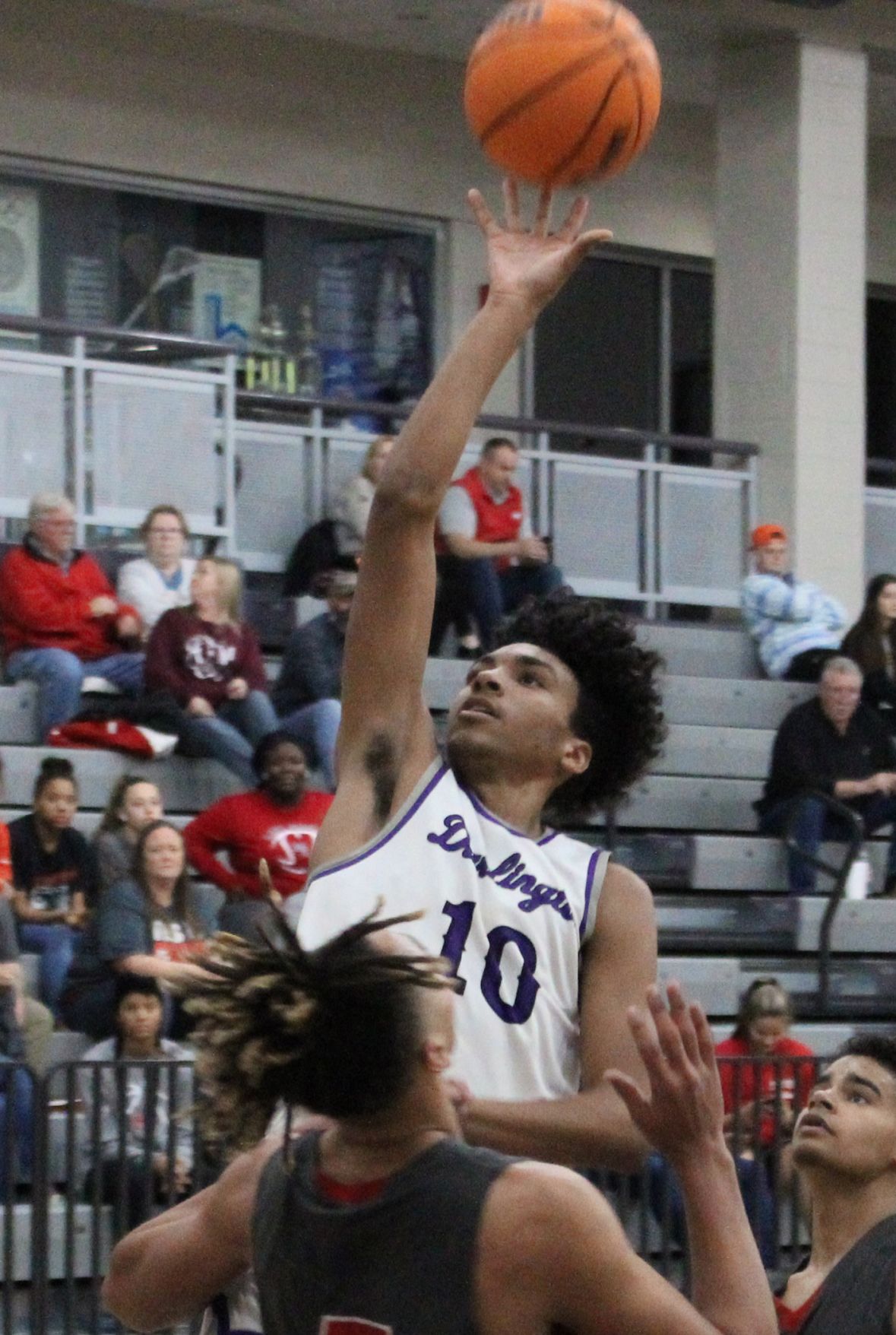 Darlington's Patrick Shelley (10) goes up for a shot against Mt. Zion's Kendrick Brownlow during Saturday's game.

Darlington’s Patrick Shelley (10) tries to get a shot off over Mt. Zion’s Kendrick Brownlow during Saturday’s Region 6-A/A game at Darlington’s Huffman Center.

Darlington's Patrick Shelley (10) goes up for a shot against Mt. Zion's Kendrick Brownlow during Saturday's game.

After a four-game skid that began with two losses in the Seven Hills Rotary/Rome News-Tribune Christmas Tournament, the Darlington boys’ basketball team won its second straight game Saturday at the Huffman Center.

With the score tied at the end of the third quarter, the Tigers were able to pull ahead in the fourth for a 56-48 win against Mt. Zion-Carroll in a Region 6-A/A contest.

While the Tigers had a slow start to the season, the team has excelled in region play, owning a 4-1 record against region foes.

“Any win’s a good win, but it’s a good region win,” Darlington first-year coach Nathan West said. “It was good for these guys’ confidence. They’re starting to learn how to put some things together. That was a hard-fought win. They had to grind out a win. I’m proud of the guys. We just keep getting better.”

Darlington was led by Patrick Shelley with 23 points and D.J. Johnson with 14 points.

The duo helped push the Tigers ahead in the fourth quarter with Johnson hitting a pair of 3-pointers in the period and Shelley going 8-for-12 from the free-throw line.

The Tigers (5-8, 4-1) continue region play on Tuesday with a road game against Trion.

Wyatt Miller and Sylvester Bassey were aggressive under the basket and led a defensive rebounding effort that helped edge Armuchee past Unity Christian 61-59 on Saturday.

The victory ended a 10-game skid for the Indians (4-13) and was their first game in their new gym. It also avenged a 57-38 loss to the Lions in the first game of the season.

Armuchee’s Chandler Cook led all scorers with 22 points, while Miller finished with a double-double with 14 points and 12 rebounds.

“Coach Matt Claytor gets his guys to play extremely hard,” Armuchee coach Clint Decker said. “They have beaten 3 GHSA teams in Region 7-AA this season, and when you play a Matt Claytor-coached team, you are going to be in for a long night.”

Armuchee stays in its new home Tuesday when it hosts Region 7-AA foe Model. Unity will be back at home Tuesday to take on Lyndon Academy.

The Rome High girls’ basketball team rebounded after a heartbreaker in Villa Rica on Friday night to defeat Hiram 58-55 on Saturday to improve to 13-3 on the season and 6-1 in region play.

The Lady Wolves head back out on the road Tuesday to take on Paulding County.

The Armuchee Lady Indians picked up a win in their first game in the school’s new gym Saturday, defeating Unity Christian 53-24 in a non-region contest.

A long road trip yielded a positive result for the Trion girls’ basketball team Saturday as they topped North Cobb Christian 46-38 in a Region 6-A/A game.