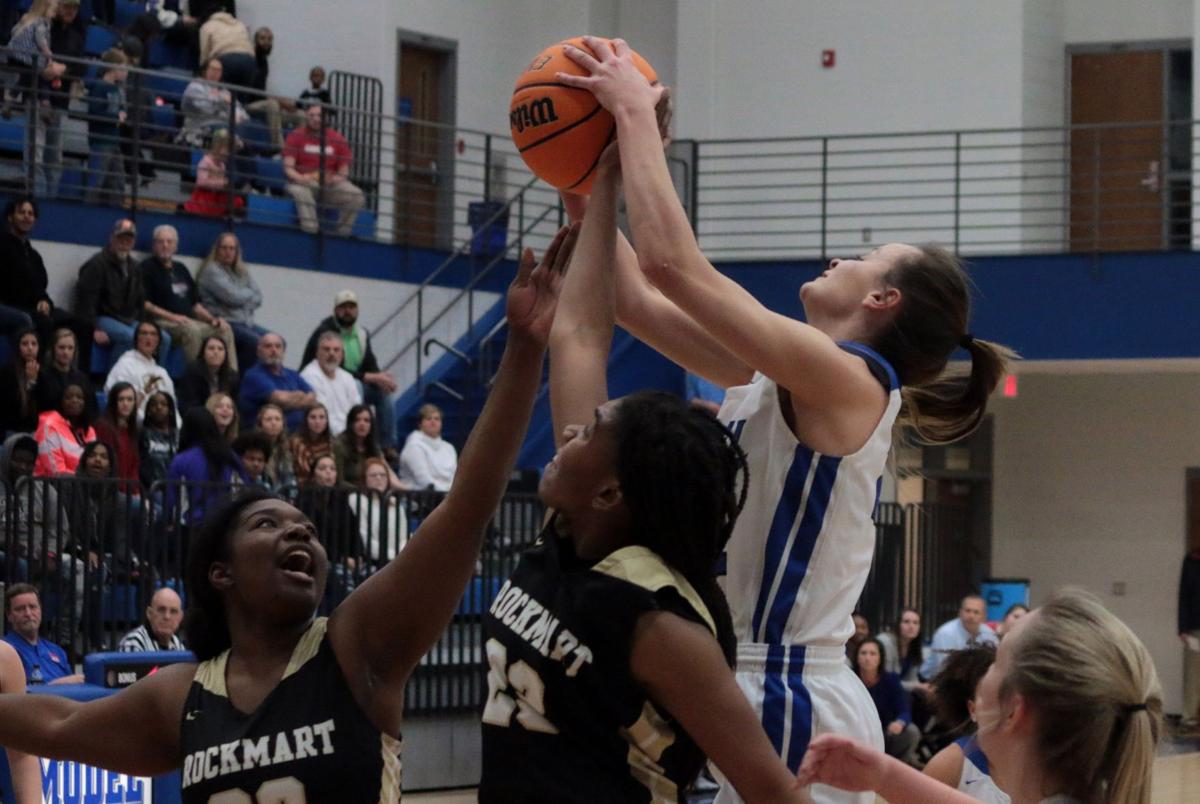 Model’s Madison Harper (right) jumps to grab a rebound away from Rockmart players during last week’s Region 7-AA contest. Model is trying to adjust to more of a team-first mentality when hitting the hardwood this season. 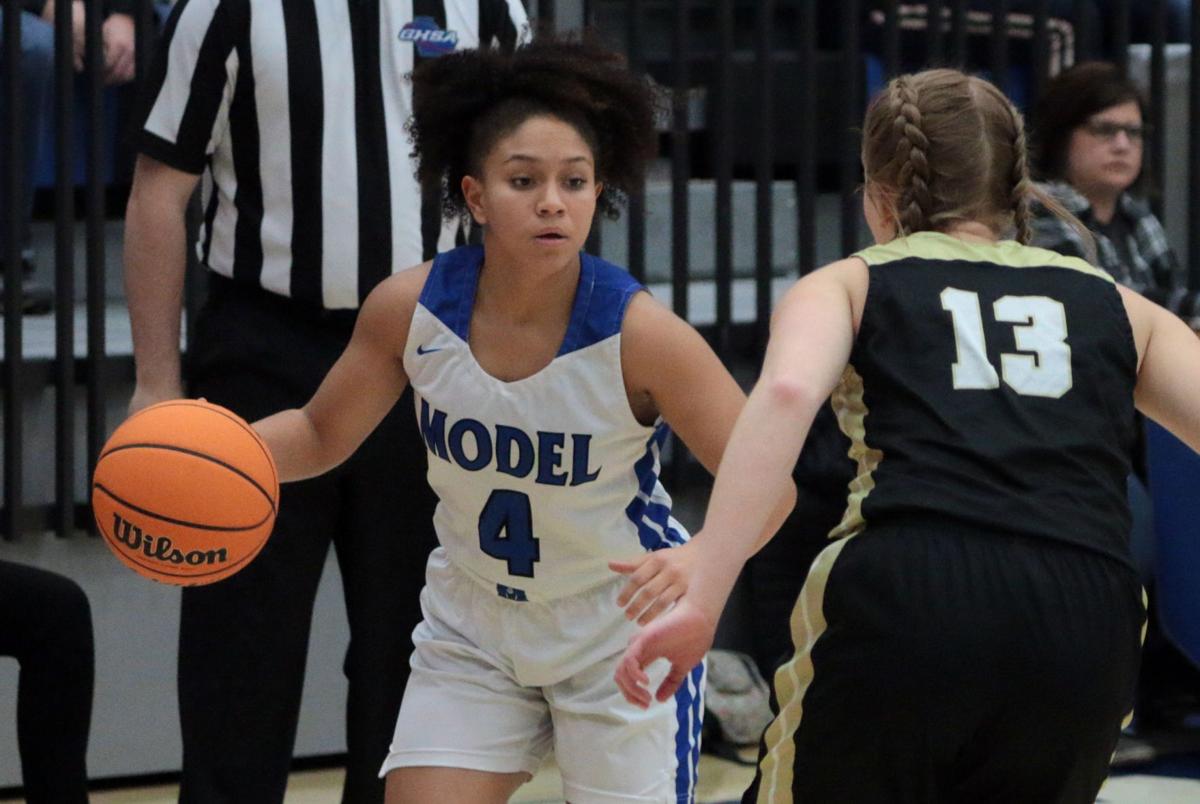 Senior point guard Nia Allen has moved into a leadership role and brings an intensity to the Model girls’ team.

Model’s Madison Harper (right) jumps to grab a rebound away from Rockmart players during last week’s Region 7-AA contest. Model is trying to adjust to more of a team-first mentality when hitting the hardwood this season.

Senior point guard Nia Allen has moved into a leadership role and brings an intensity to the Model girls’ team.

For the past few years, the Model girls’ basketball team has had a player step up as a dominant force on the court.

This season, however, the Lady Devils are taking a different approach and instead focusing on combining all their talents to pose a threat to opponents as a solid unit.

“When you don’t have a big dog, you go to work together and sometimes a lot of nippy dogs are worse than one big dog,” Model head coach Sally Echols said. “That’s what we’ll shoot for this season.”

The Lady Devils had a rocky start to the year, opening with three straight losses, and sit at 4-7 overall and 2-3 in Region 7-AA play. Despite the slow start, Echols is confident the team’s hard work will pay off as the season progresses.

And who’s to argue with success? Echols is in her 15th season with the Lady Devils, and has led her team to the Class AA Final Four for three straight years, while winning four region titles since 2014.

“We’re a work in progress,” Echols said. “We’ll get there. A big part of our program is coming to compete every single day. That comes with intensity, that comes with hard work, that comes with preparation. That’s definitely something we focus on, and just trying to get consistent with our intensity right now is our battle.”

A big part of the Lady Devils’ intensity stems from senior Nia Allen. The 5-foot-1 point guard is aggressive on the court and shows a determination to take the lead, which was showcased during Model’s region matchup against Rockmart last week.

Late in the final quarter, Allen went out with an apparent ankle injury and had to be helped to the bench. Less than two minutes had ticked off the game clock before Allen was taped up and back in the game.

“She doesn’t have any quit in her,” Echols said. “She just keeps working. She’s feisty and fierce, and she’s fun to coach.”

Echols said Allen has taken a leadership role for the Lady Devils, and while her point total may not be through the roof, she’s proven invaluable for the team.

“Nia is an incredible leader,” Echols said. “She brings energy and pours positivity into her teammates every single day. She’s the definition of a true teammate, and she brings it every single game.”

Definitely not without offensive weapons, the Lady Devils have shooters Montana Moats and Madison Harper, who have taken the lead in the scoring efforts for Model. Moats continues to be a threat from behind the arc, sinking five 3-pointers in Friday’s matchup against Rockmart.

Aside from senior center Brooke Roberts, who stands at 6-foot-2, the Lady Devils don’t have a lot of height on their team, and Echols molds her coaching to fit her team’s unassuming lineup.

“We know that in most matchups we’re going to be outsized, so we have to rely on the details and fundamentals, and try to execute well,” Echols said. “That’s really been our focus this season, is try to do that and get better at it every game.”

Model has enjoyed great success at the tournament winning three of the last four championships.

“It’s a great tournament,” Echols said. “It’s a fun tournament. We love the atmosphere and the excitement, but we just want to get better. Every game we’ve got to show up and we’ve got to compete. We’ll take that one game at a time as well, but we’re excited about the opportunity to play.”