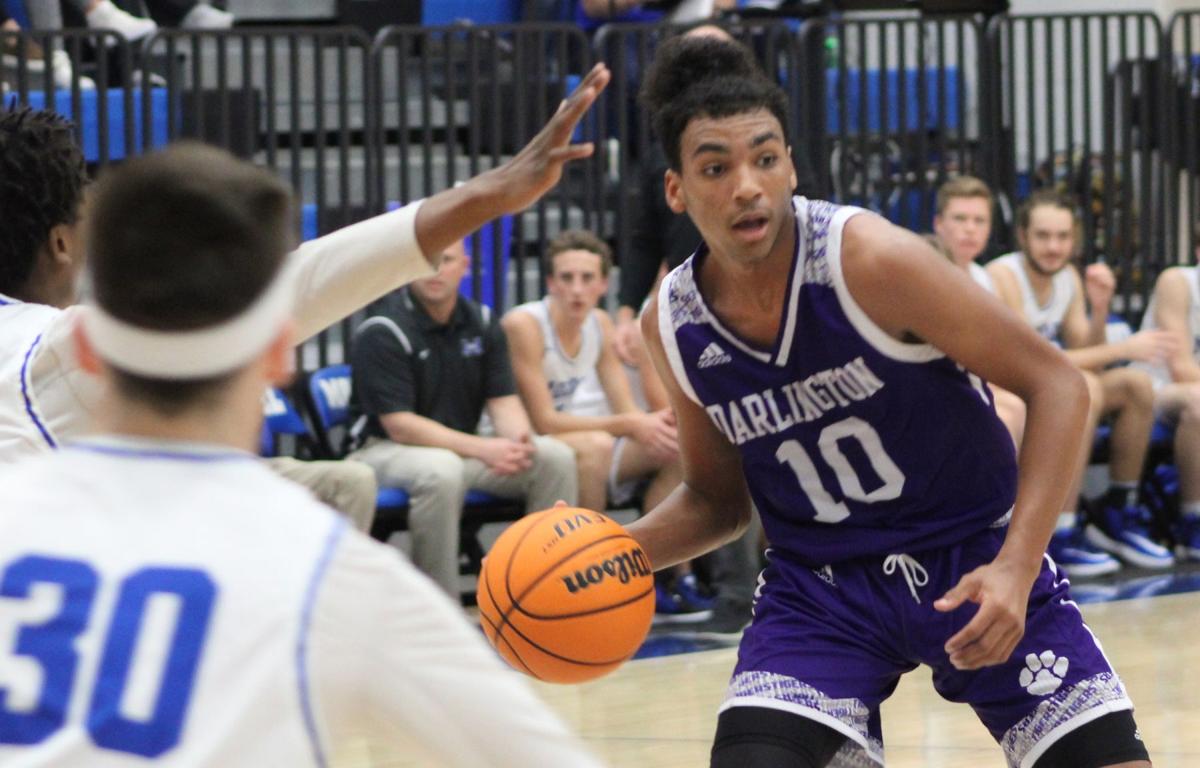 Darlington’s Patrick Shelley looks for an open teammate during Saturday’s game against Model in the Big Blue Classic in Shannon. Model topped Darlington 58-40. 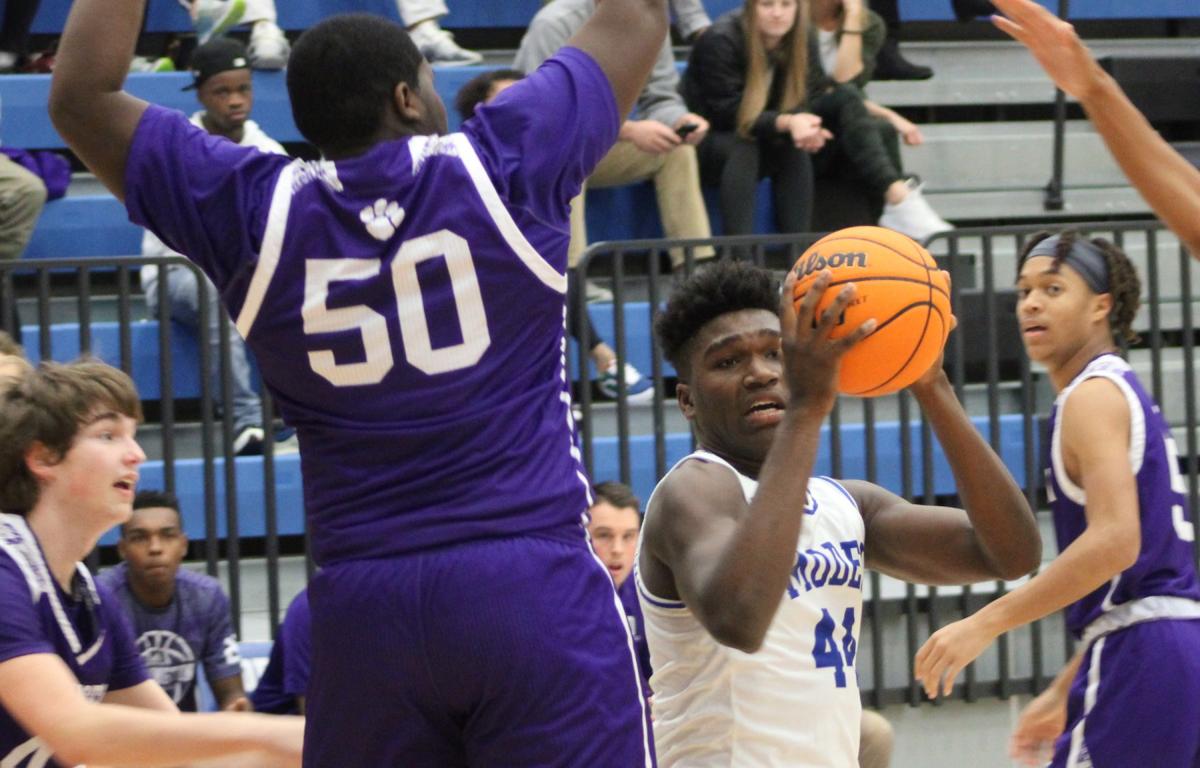 Darlington's D.J. Johnson (50) guards Model's Jabari Burge as he tries go up for a shot during Saturday's game in the Big Blue Classic in Shannon. Model defeated Darlington 58-40.

Darlington’s Patrick Shelley looks for an open teammate during Saturday’s game against Model in the Big Blue Classic in Shannon. Model topped Darlington 58-40.

Darlington's D.J. Johnson (50) guards Model's Jabari Burge as he tries go up for a shot during Saturday's game in the Big Blue Classic in Shannon. Model defeated Darlington 58-40.

Leading by only two points after the first quarter, the Model boys’ basketball team soon found its footing against Darlington to build a lead it would keep for the rest of the game.

The Blue Devils rolled to a 58-40 win Saturday over the Tigers on the second day of action in Model’s Big Blue Classic in the only matchup of the tournament that features a pair of teams from Floyd County.

“I thought we did a really good job of settling in after halftime,” Model coach Jacob Travis said. “They were scrappy, and they scored well in the first quarter with us. We shifted to a zone defense, then the beginning of the third quarter we were really being patient, got the ball inside and played off of that.”

Model’s Jared Bomer came on strong in the second and third quarters to help give the Blue Devils a 32-18 lead over the Tigers. Bomer finished with 27 points while going 6-for-11 from the free-throw line. Jabari Burge and Jackson Mathis each added eight points.

“Jared Bomer really sparked us well,” Travis said. “Jared is having a senior year where he’s doing more learning than he’s done all the other years. He’s learning that he’s versatile so he’s got to play various places. He did a really good job of hitting free throws as well.”

Darlington (3-7) was led by Patrick Shelley with 21 points, who was also 7-for-13 from the free-throw line.

Saturday’s game was the second this season between Model and Darlington, with the Blue Devils coming out on top in both contests.

“We’ve got to learn what it’s like to compete and get after it,” Darlington first-year coach Nathan West said. “We don’t know what that’s like yet.”

Model (8-5) gets back to Region 7-AA play next Saturday at home against Chattooga. Darlington will face Wesleyan on Monday in the Class A Shootout at the Blacktop at Oglethorpe University.

After winning two straight games, the Pepperell boys’ basketball team’s run was stopped Saturday in the Big Blue Classic with a 76-55 loss to Class 4A Central-Carroll.

Trailing 17-8 after the first quarter, the Dragons tried to gain some traction in the second period, getting within nine points of the Lions before Central closed out the quarter with an 8-2 run to push their lead to 15 points and take a 39-24 advantage into halftime.

From there, the Lions remained in control, taking a 20-point lead early in the third quarter and cruising the rest of the way for the win.

Pepperell (4-7) was led by Payton Rhoades with 24 points, including 12 in the second quarter, while going 4-for-7 from the free-throw line. Kemp Edge and Phoenix Prime each added seven points.

Pepperell squeezes in one more game before the new year when the Dragons head to Unity Christian on Monday, beginning a four-game road stint. The Dragons return to Region 7-AA play Friday at Gordon Central.

The Coosa boys’ basketball team lost its second straight game Saturday in Shannon during the second day of action in Model’s Big Blue Classic as the Eagles lost to Class 6A Harrison 66-41.

Coosa (7-5) was led by Keshaun Kindred with nine points and Zeph Philyaw with eight points.

Jonathan Gernatt led Harrison (4-8) with 21 points and drained six 3-pointers, including four in the second quarter. Marques Owen added 17 points for the Hoyas.

An area that hurt the Eagles in the loss was free-throw shooting. The Eagles hit only five of their 18 attempts, while Harrison went 7-for-13 from the line.

The Eagles will face Douglass on Monday at 3 p.m. on the final day of the Classic. Harrison will play the final game of the Classic at 4:30 p.m. against North Paulding. Coosa returns to Region 7-AA on Friday at Dade County.