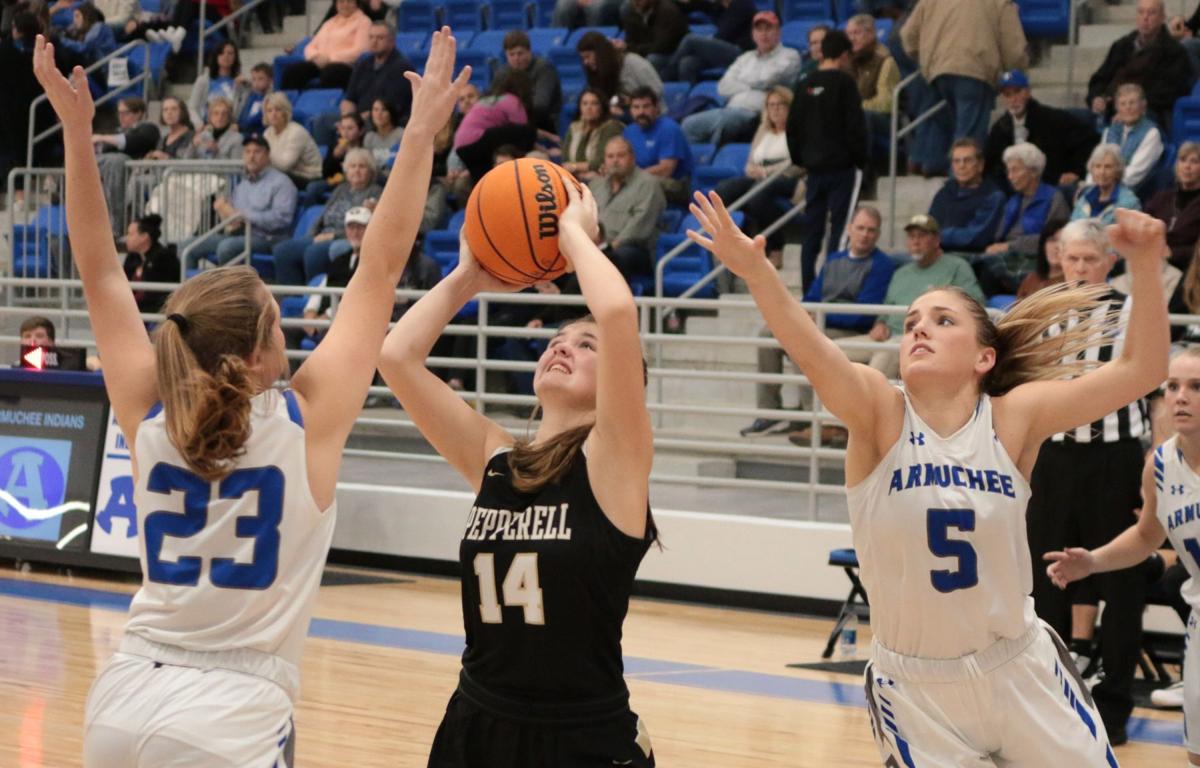 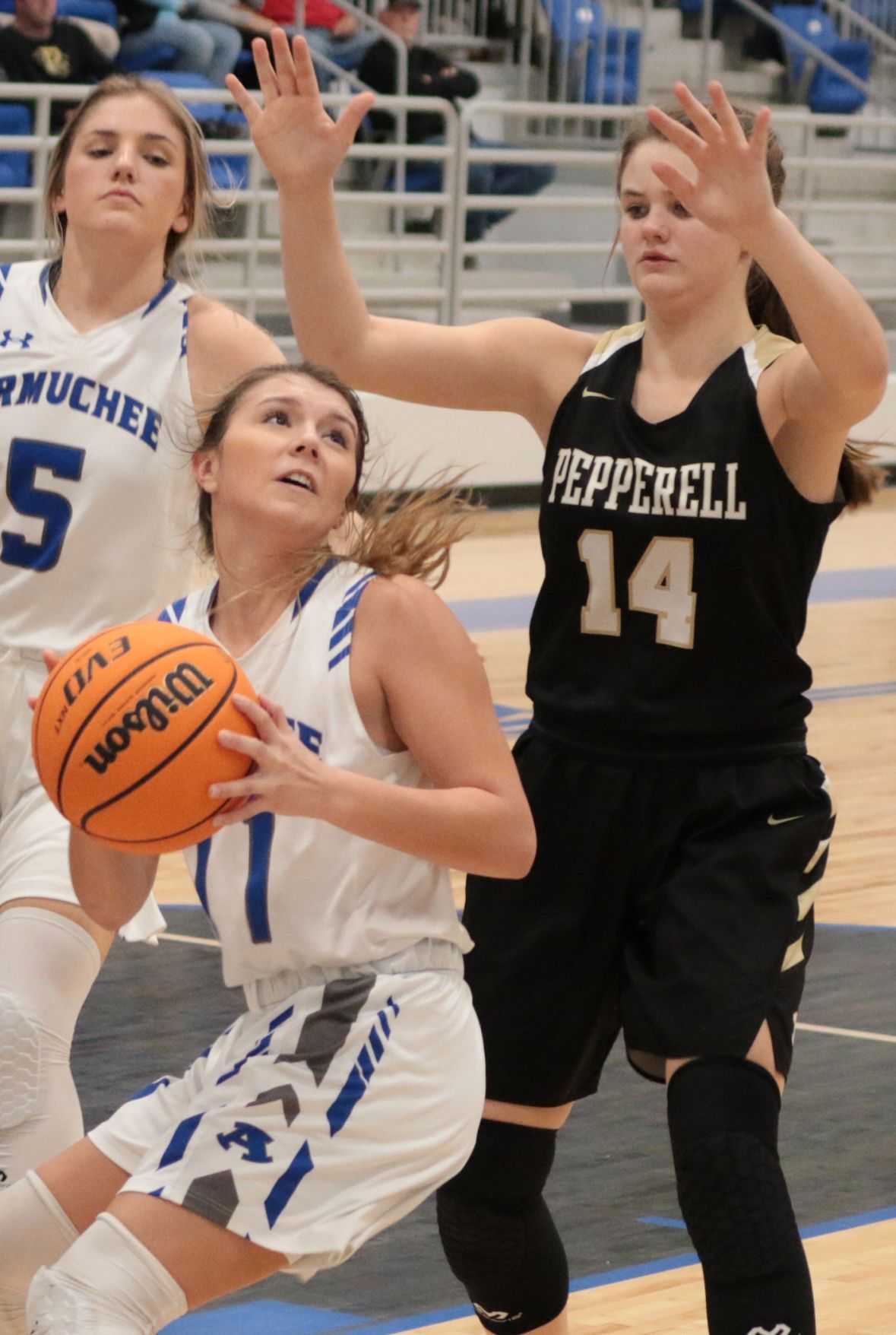 Armuchee’s Julia Williams (11) is guarded by Pepperell’s Morgan Willingham (14) under the basket during Friday’s game. 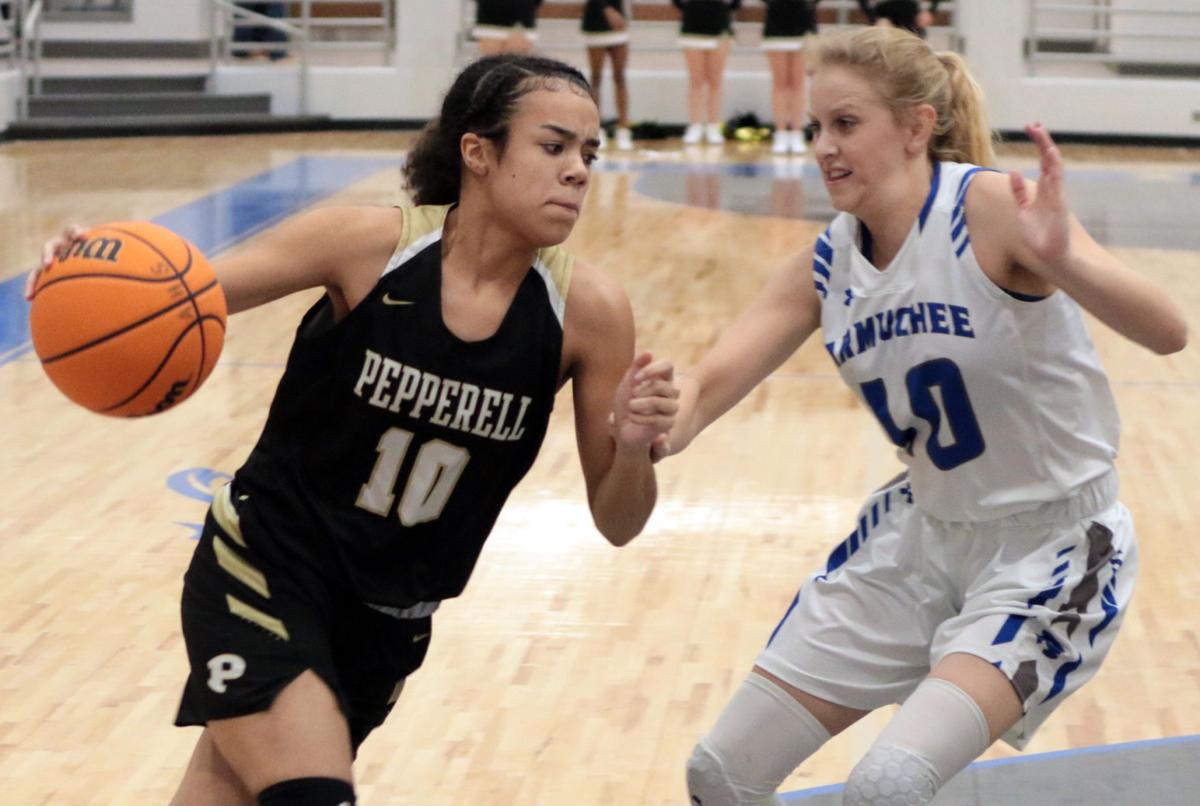 Pepperell’s Aaliyah Barkley (left) drives to the inside against Armuchee’s Katie Shinholster during Friday’s game at Armuchee. 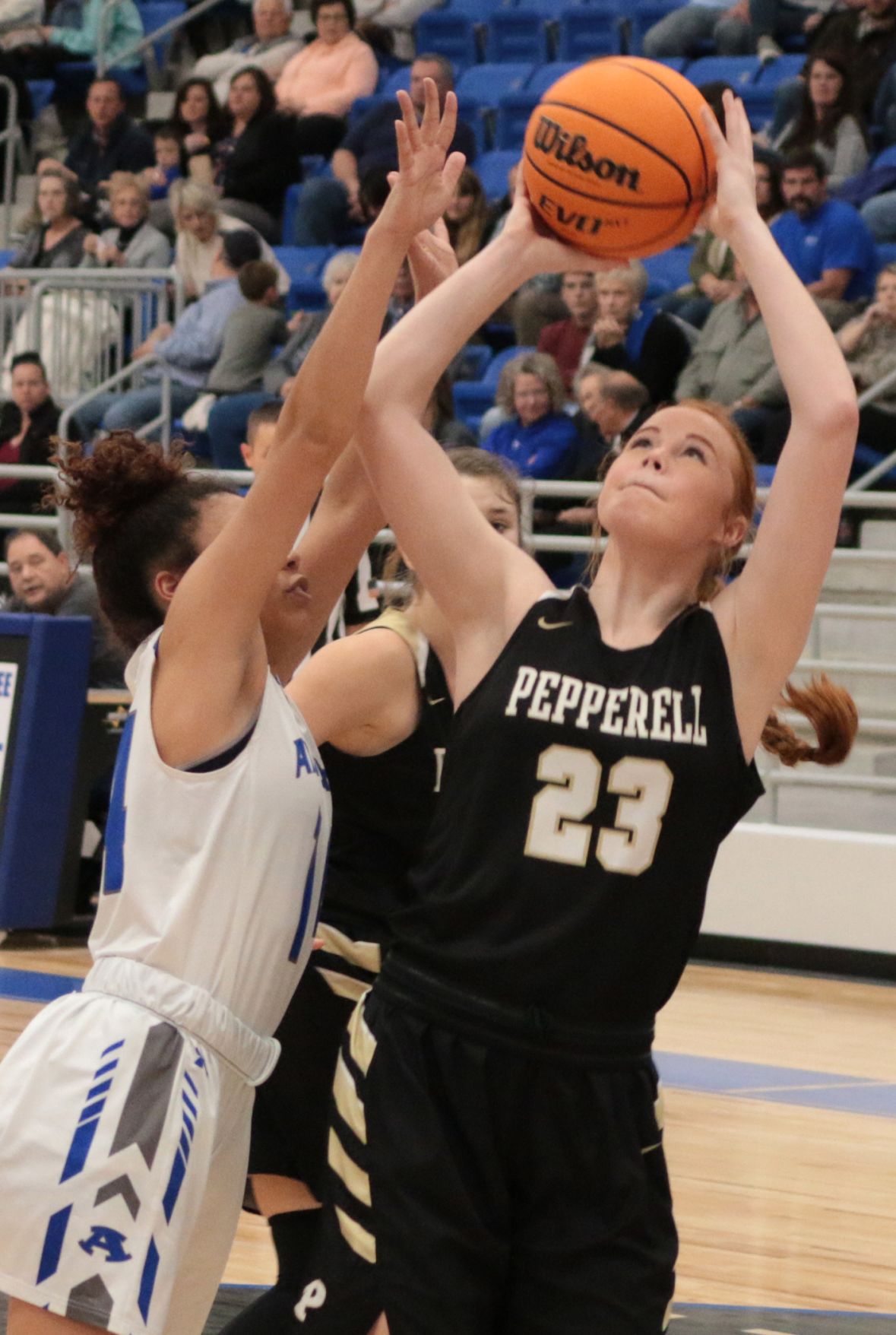 Pepperell's Mattie Blalock (left) takes a shot while being guarded by Armuchee's Arionna Dozier during Friday night's game at Armuchee.

Armuchee’s Julia Williams (11) is guarded by Pepperell’s Morgan Willingham (14) under the basket during Friday’s game.

Pepperell’s Aaliyah Barkley (left) drives to the inside against Armuchee’s Katie Shinholster during Friday’s game at Armuchee.

Pepperell's Mattie Blalock (left) takes a shot while being guarded by Armuchee's Arionna Dozier during Friday night's game at Armuchee.

From the middle of December to the beginning of January, the Armuchee girls’ basketball team saw some hard times.

The Lady Indians dropped six of seven games through that stretch — five of which were road games — but being on their recently completed home court has had some positive results.

Armuchee has won three straight games in the school’s new gymnasium — the latest being a 58-34 Region 7-AA win against Pepperell on Friday night.

Armuchee coach Michelle Arp said the team’s focus on playing together as a unit has helped them move in a positive direction as the regular season continues into the home stretch.

“We traveled a lot before January, so it’s good to be able to play some games at home,” Arp said. “The kids are playing really focused. We’re near the end of the season, so every game we have to work to get better and better and better. That starts at practice, and we just have to come out and be focused and keep taking small steps together toward our goal of getting better every game.”

The wins have been a welcome relief to the Lady Indians, who now own a 3-5 record in region play. Armuchee started the streak with wins against Unity Christian and Model.

“We’re in a really tough region,” Arp said. “Every game we play is tough. I’m proud of their effort tonight. We really gelled and worked together on offense and defense. Every game is a challenge.”

Armuchee came on strong against Pepperell, shooting the ball well inside the paint while draining five 3-pointers throughout the game in the process.

“Lately, we’ve just been working together as a team to all do positive things,” Arp said. “We’re fortunate to be able to rotate people in and when people go in, they’re doing their jobs. We were looking to attack the basket, and we had some great shots outside from the collective group, so that helped.”

For the Lady Dragons (6-10, 2-6), Morgan Willingham had eight points, and Aaliyah Barkley, Kinsey Wright and Mattie Blalock each had five points.

The Lady Dragons jumped out to an 7-3 lead in the first quarter but a pair of 3-pointers by Shinholster and Williams put the Lady Indians up 9-7 with 2:42 left in the period and they never relinquished the lead.

The second quarter saw the Lady Indians hold the Lady Dragons to only four points and push their lead to 29-15 by halftime. The win avenges Armuchee’s 47-43 loss to Pepperell earlier in the season in Lindale.

While the Lady Indians are building a streak, the Lady Dragons are facing their own struggles on the court. Friday’s game was the third straight loss for Pepperell, which has lost eight of its last 10 contests.

Pepperell will host Coosa on Tuesday.