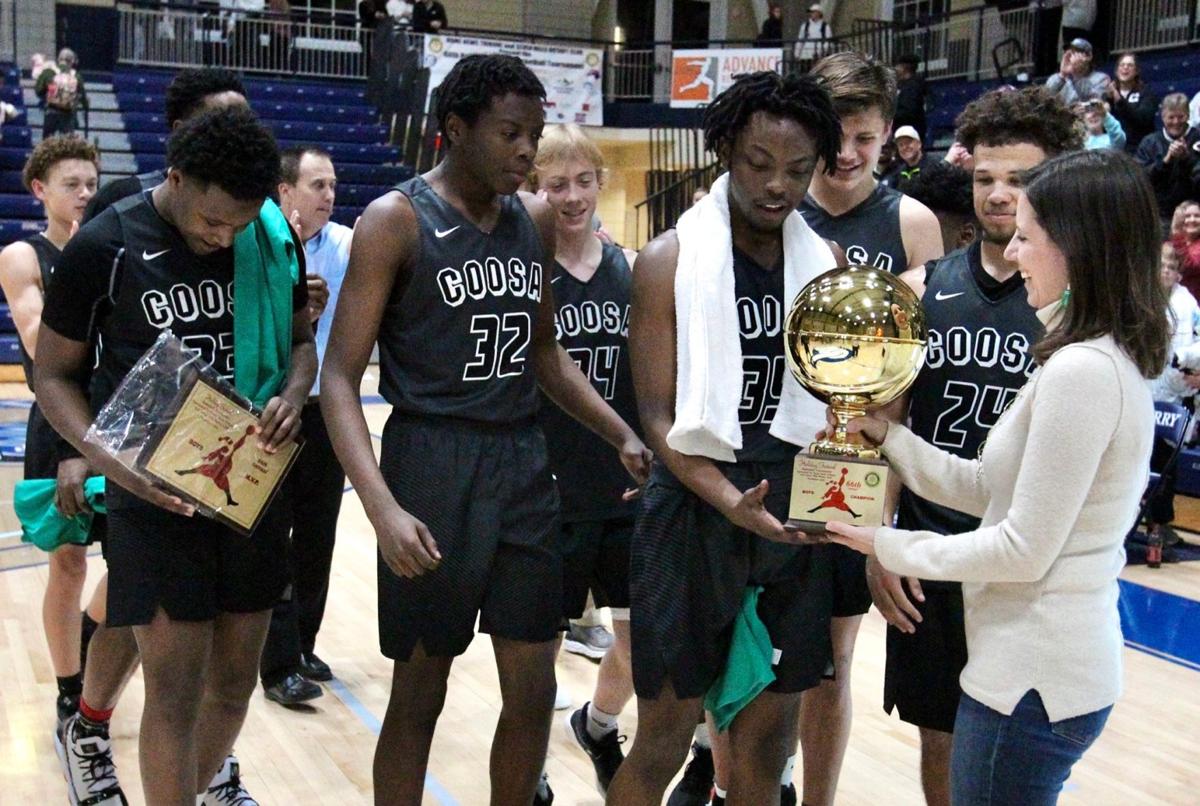 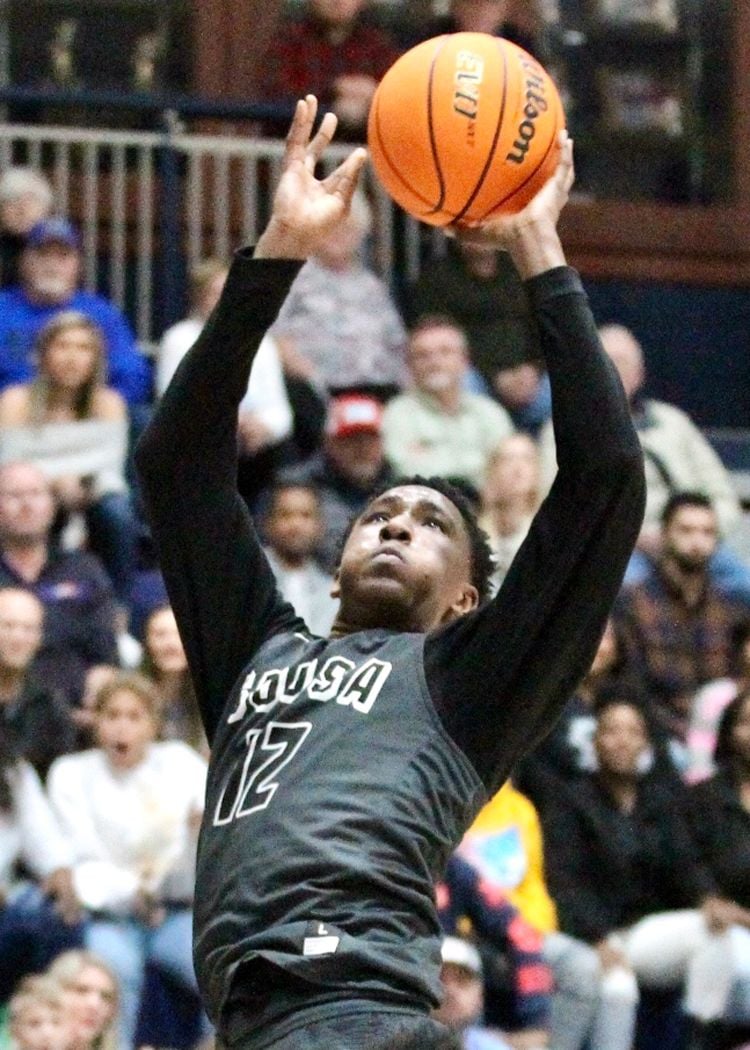 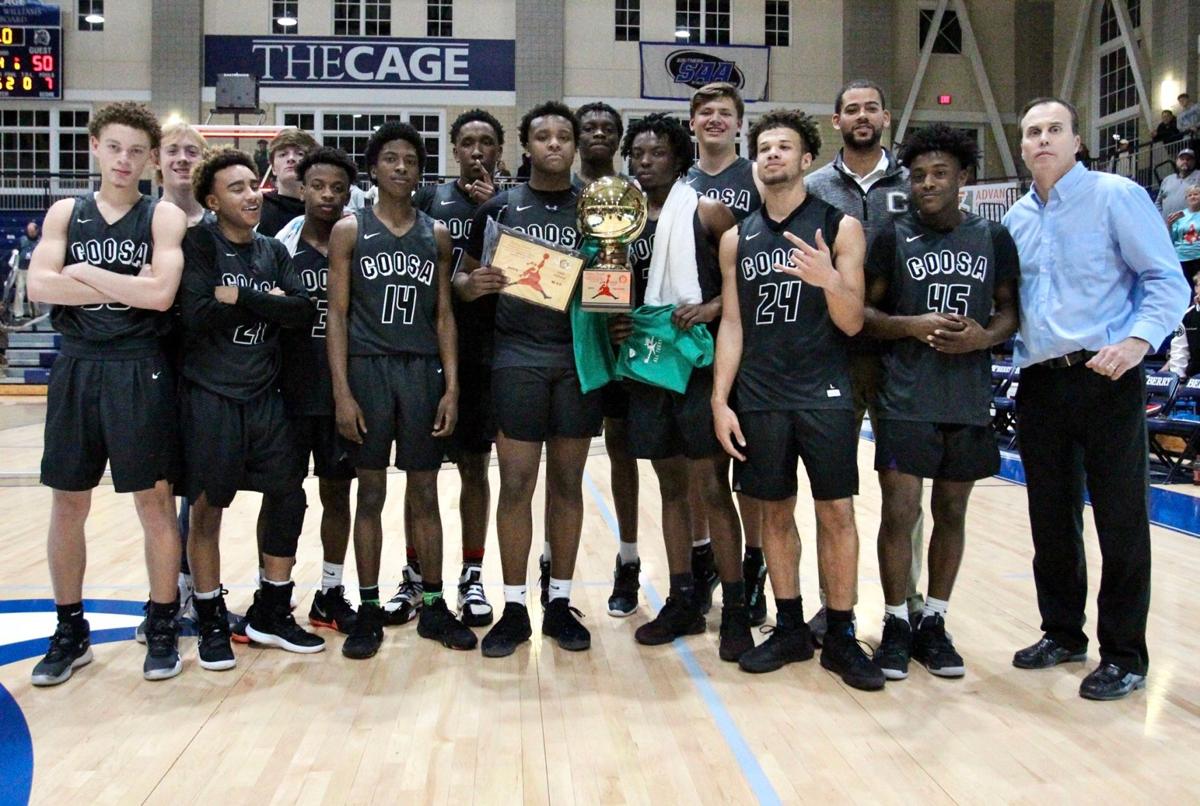 After 16 years, the Coosa Eagles got to raise up the Gold Ball trophy once again after closing out this year’s Christmas Tournament in dramatic fashion.

The Eagles eked out a 50-48 win against Model in the championship game of the 66th annual Seven Hills Rotary/Rome News Tribune Christmas Tournament on Thursday night at Berry College’s Cage Center.

The win was the eighth championship for the Eagles since 1961, and the first for coach John McFather, who led Coosa to the finals in his first year as head coach in 2007.

McFather said he knew the tradition Coosa had built in the tournament and was glad to be able to call his team champions.

“I understood Coosa had some of the richest basketball history in Northwest Georgia,” McFather said. “My goal was to come in and just build on that, and I think we’ve done a good job of having good teams through the years. When you come through Coosa, you see the gold balls, and that says a lot about the program over the years. We’ve had a great tradition, and this just adds to it a little more.”

Owning a 50-45 lead in the last minute in the game, Coosa saw its lead cut to three points when Model’s Jakenes Heard knocked down a 3-pointer, prompting Coosa to call a timeout with 22 seconds left.

After a missed free throw by Coosa’s Terry Curry following the timeout, Model regained possession and called a timeout with seven seconds left. Jared Bomer then passed to Heard who went up for a shot in the paint, but the ball went in and out of the basket as time expired sealing the win for Coosa.

“Coosa really got after us and forced us to execute well,” Model coach Jacob Travis said. “We were a couple of plays away from keeping a lead, but give Coosa a lot of credit. They got physical inside with us and competed, and they made big shots when they had to.”

The game was the second nailbiter in as many days for the Eagles after coming away with a 73-70 triple overtime win against Pepperell in the semifinals.

“One of my concerns was how much are we going to have in the tank,” McFather said. “These guys took care of their bodies and their minds and it showed.”

If anything, the Eagles improved, especially in the area of free-throw shooting, which proved to be one of the factors that swung in Coosa’s favor. The Eagles struggled from the line against the Dragons, but made 13 of 20 against Model, including 10 of 11 in the second half. Model shot 5 of 14 from the line.

“Late in the game we made some, and that’s critical in games like this,” McFather said. “You’ve got to make free throws. Sometimes that’s the deciding factor. We shot well, and that’s huge.”

Tournament MVP Jaquze Morgan was 6 of 7 from the line to go along with his 11 points on the night.

“Jaquze is a joy to my heart to coach,” McFather said. “He’s fun to coach. He works hard, and he’s been working hard to get in shape. He’s a big boy. We’re asking a lot from him to play the post and at times he’s our backup point guard. That’s a lot.”

The Eagles (7-3) were led by Zeph Philyaw with 18 points and Keshaun Kindred with 14 points. Kindred also went 6 of 9 from the free throw line.

Coosa pushed its lead to as much as eight points in the fourth quarter, but the Blue Devils kept coming back.

“We could’ve laid down, but we kept our composure,” Travis said. “We bounced back right there and made a game out of it, but they just made one more play than we did.”