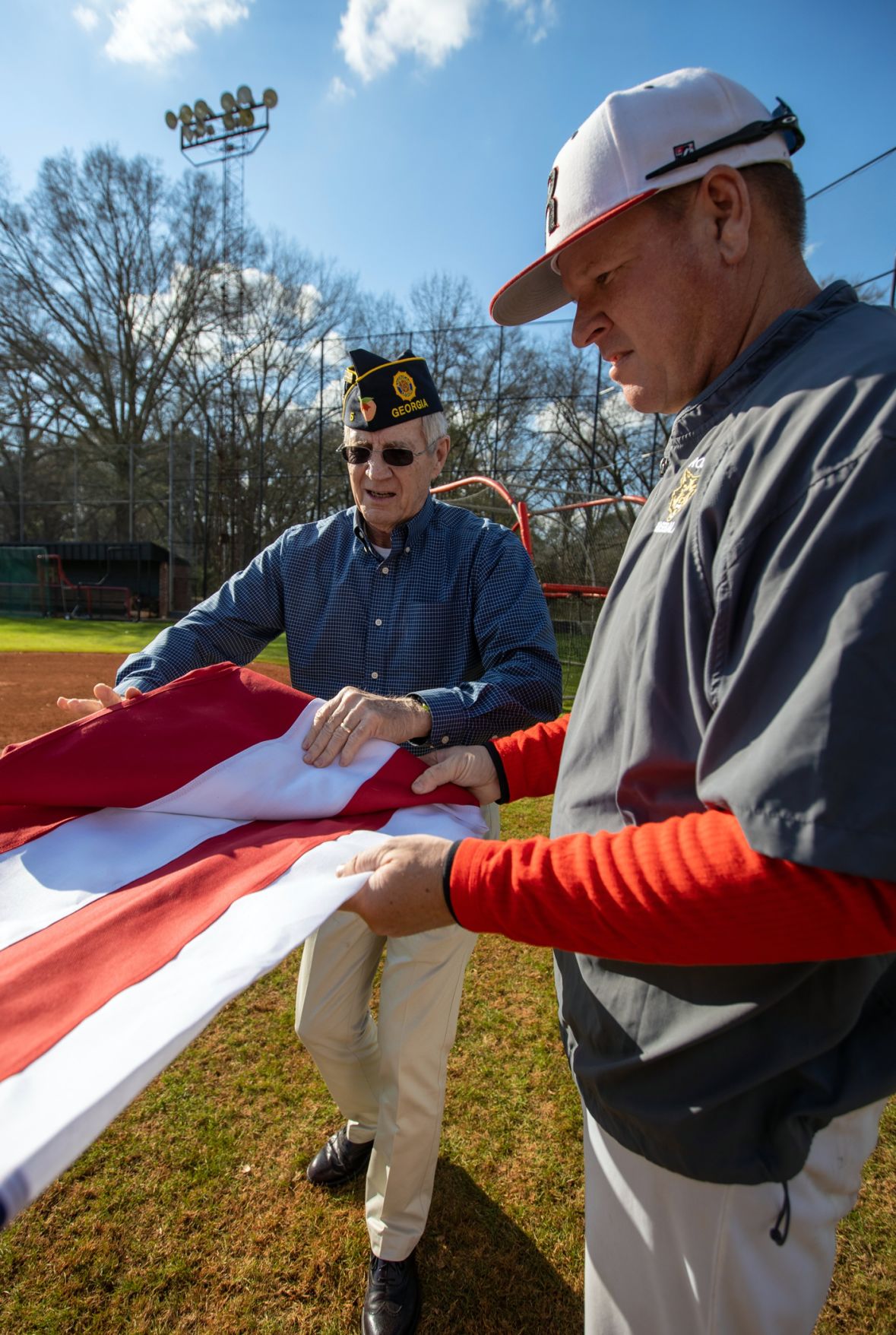 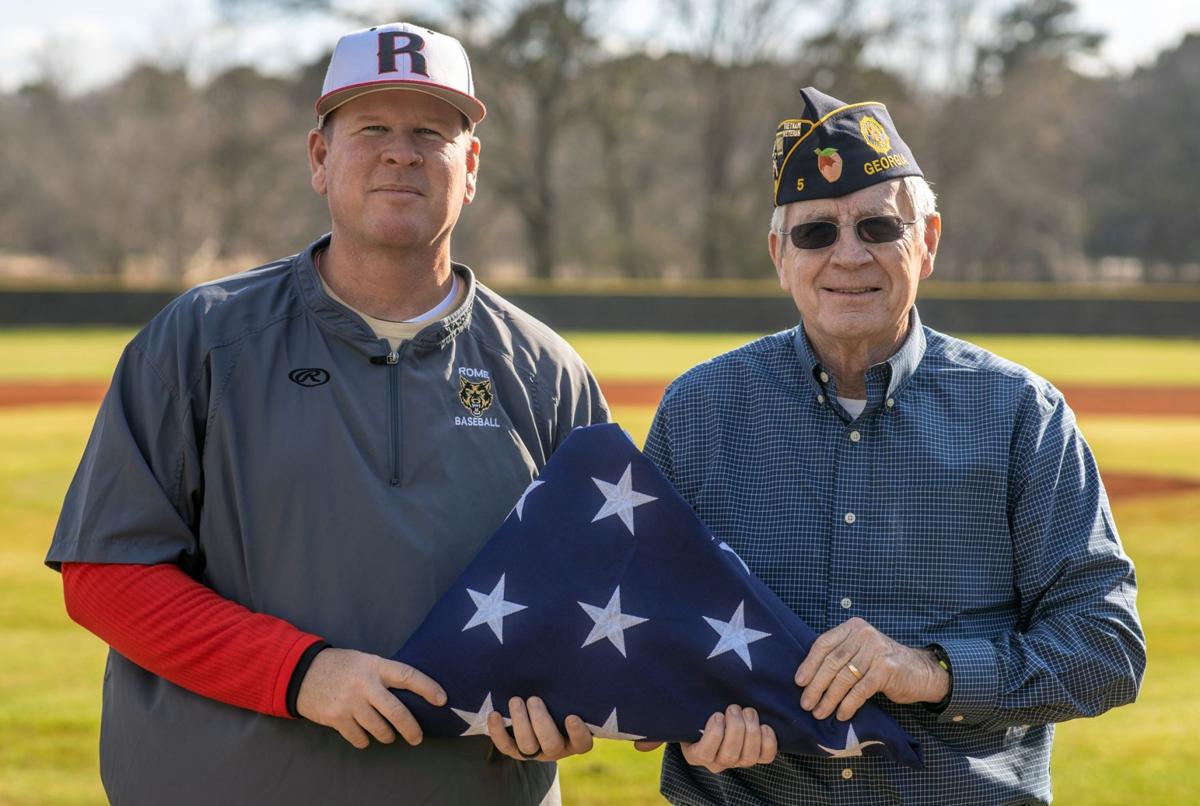 Few things can be tied to America more than Old Glory and baseball.

Rome High School’s varsity baseball team and first-year head coach Brent Tucker are knocking the red clay from their cleats and oiling their gloves in preparation for the start of the season, and added replacing the American flag at Legion Field to their to-do list.

Rome plays their home games at Legion Field and the new coach decided that their space needed to be polished up before they host Haralson County at home Feb. 17.

After replacing the chain link backstop with netting, cleaning, painting and prepping the field, Tucker noticed that the American flag, flying high atop a pole in center field, could use an update as well.

American Legion Shanklin-Attaway Post 5, which has been located just a few yards of Legion Field on Shorter Avenue, and one of its members decided to step in and carry out one of the missions of the post.

After Tucker reached out to Eddie Hines, commander of the American Legion post responsible for the name of Rome’s home ballpark, Hines got to work securing a new American flag that will fly high during the games. The flag is significantly larger than the former one and will be a bigger and bolder representation of our country’s colors.

“First and foremost, things like this are what we are supposed to be doing as members of the American Legion,” Hines said. “One of the pillars of our organization is to support the community and the youth. This is not something we consider generous. This is our mission. This land we are standing on, and where these kids will play ball, was once governed as a ballpark by Shanklin-Attaway Post 5. That is where the name Legion Field came from. It is also a particular honor to provide the players with a flag because I played baseball on this field as a child. I played here for summer league and while I was a student at West Rome High School in the late 1950s.”

Hines said a lot has changed since the time he was hitting line drives and fielding fly balls at Legion Field. What started as three diamonds has now grown into a park where multiple fields serve all age groups. According to Hines, Legion Field remains as the only local field that looks like it did in the 1950s, other than a minor modernization and a little sprucing up completed recently.

“Of course, they have made tremendous improvements, like lighting, dugouts and restrooms, and have made this a really great place for Rome to play ball,” Hines said.

“Back in the day, if you were a starting pitcher you had better go to the restroom before the game. The first inning could be a three up and three down, and then you would be in trouble,” Hines laughed as he admired the new additions to Legion Field. “The nearest restroom was a good walk from where we played the games.”

Hines, along with Tucker and a few of Rome’s players, met at the field recently to retire the old flag and raise the new one. Now, Tucker said they can start gearing up for what he hopes will be a great season for the Wolves.

“Their work ethic has been great,” Tucker said, “and we jumped into the weight room as soon as the new coaching staff was on board back in June. We are still in the process of learning the expectations, and I am having to learn how to push the right buttons and motivate them to get better. We are still in the learning process, but we have made a lot of headway this off season.”

Rome’s varsity team is already practicing and Tucker said that he is impressed by the way they compete. He said that the team’s leadership is strong, even though they lost a ton of talent to graduation, and he feels that they will have a good shot reaching their goals.

“We wear it on our hats,” Tucker said as he pointed to a Wolf paw on the back of his cap with the word “STATE” in the center of it.

As for what he would like to say to Hines and the American Legion Shanklin-Attaway Post 5, his words are simple.

“We want to say thank you for providing us with this flag and Ed is throwing out the first pitch!”

The Wolves start their season Feb. 11th on the road against Haralson County.