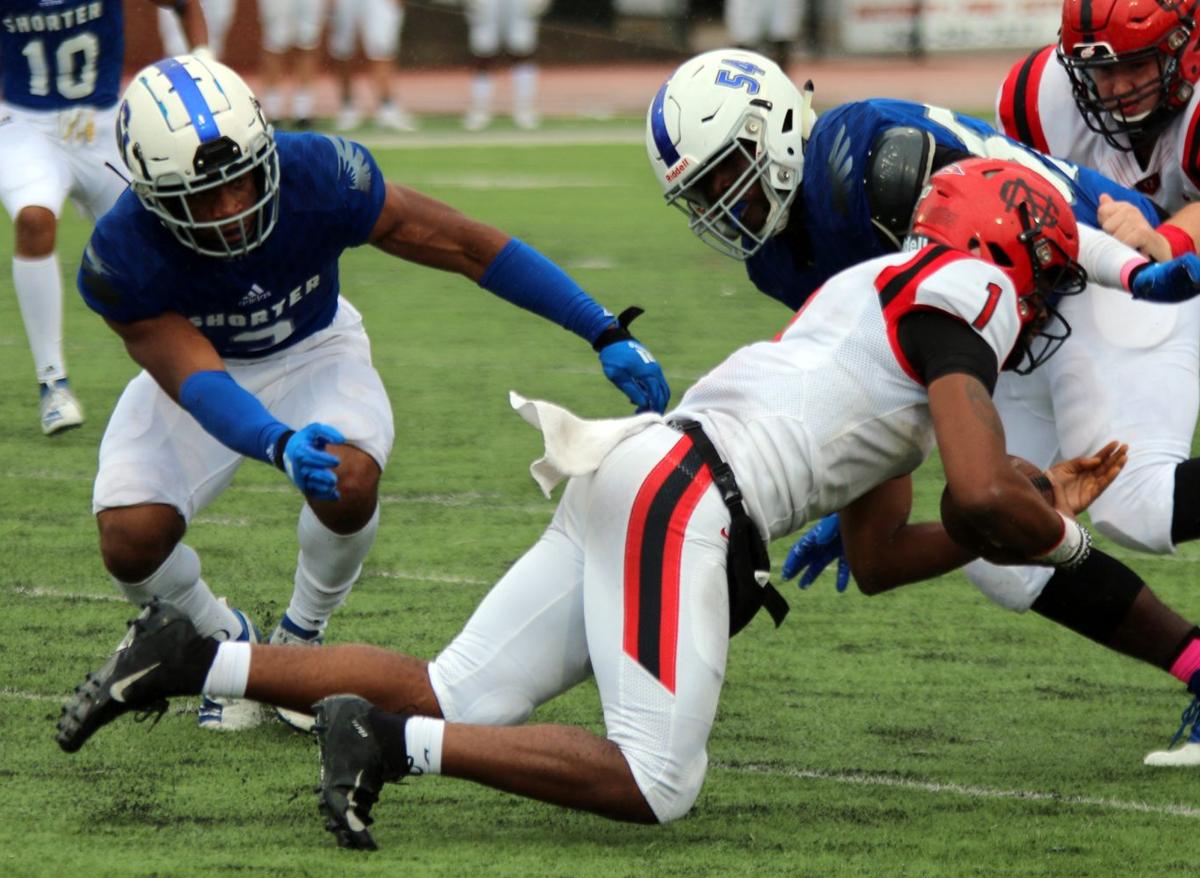 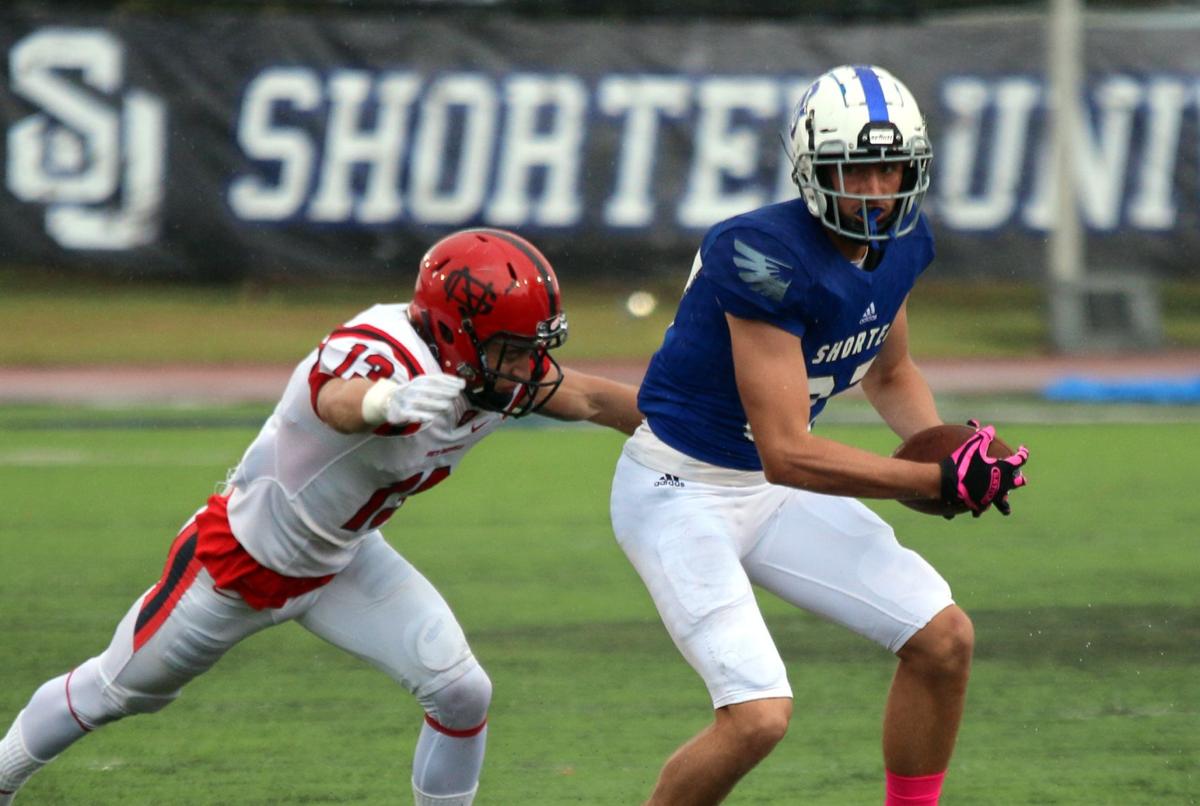 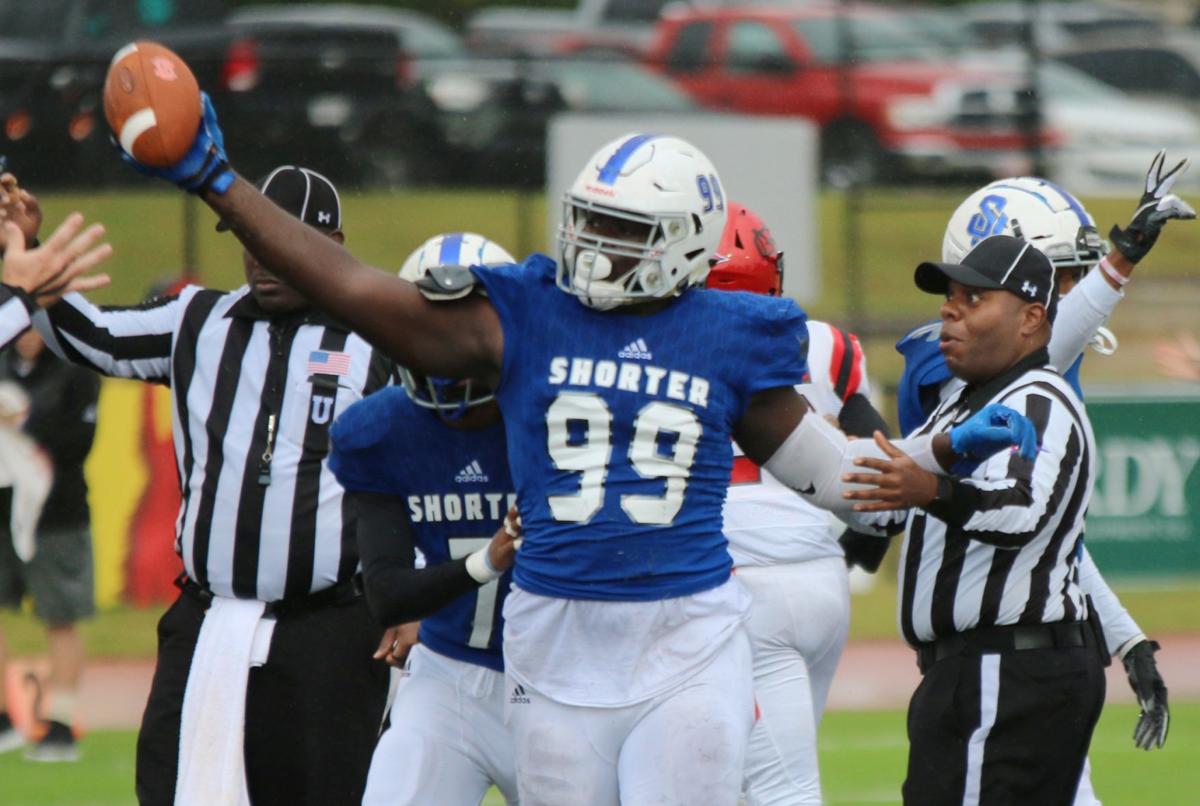 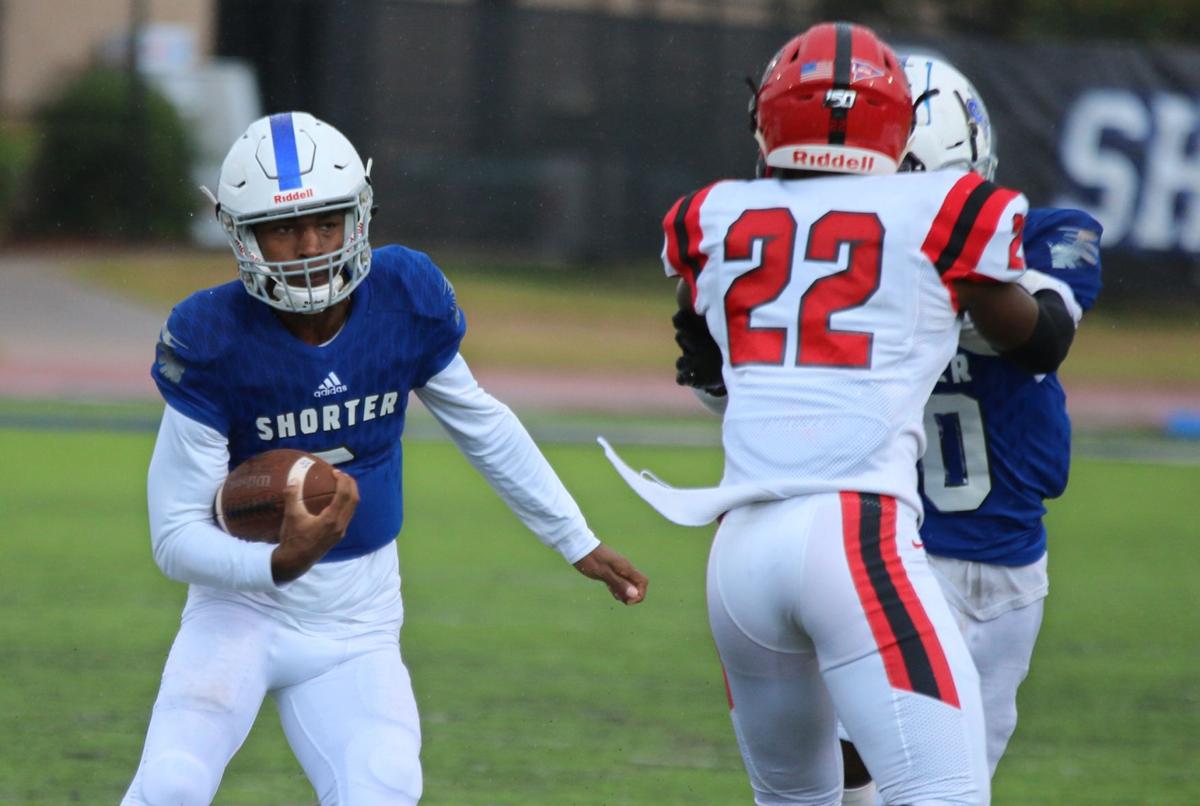 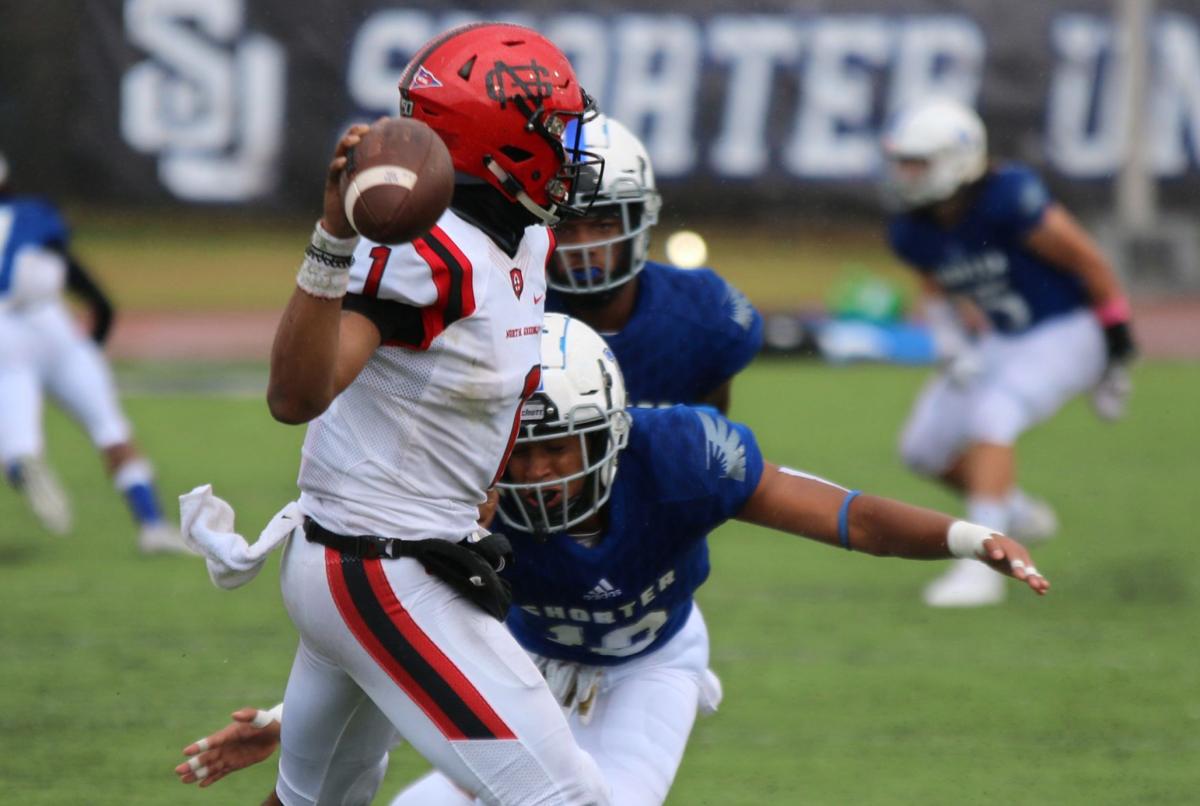 Facing the rain and a grueling afternoon against a conference opponent on homecoming, Shorter’s defense made some big plays to put the Hawks within striking distance of a long-awaited victory.

But a pair of fourth quarter interceptions shut the door on Shorter’s offense and the Hawks lost 7-0 to North Greenville at Barron Stadium in a Gulf South Conference game.

“The defense fought their tails off,” Shorter head coach Zach Morrison said. “They played tough. The offense just has to execute better. It comes down to execution. The defensive line played tough. We were flying all over the field.”

Shorter (0-7, 0-5 GSC) put together a drive in the third quarter and looked to be on the way to tie the game after converting on fourth down instead of going for the field goal. Tyler Pullum hit Kameron King on a 7-yard pass on fourth-and-4 to give the Hawks a fresh set of downs on the Crusaders’ 8-yard line.

But the drive came to a heartbreaking halt when North Greenville’s Aaron Watson intercepted a wayward pass by Pullum at the goal line and returned it 62 yards to the Shorter 38. The Crusaders (3-4, 2-2) missed a field goal to end the ensuing possession, and Shorter never got back into scoring range.

Even though the Hawks have been held scoreless for two straight games, Morrison sees things in each game that shows him his team is improving as the season progresses.

The Hawks did win the turnover battle overall with three takeaways to North Greenville’s two.

Cameron Shirley came up with a fumble recovery on a bad snap by North Greenville in the first quarter, Caleb Mason came down with an interception early in the second quarter, and Bruce Guyton jumped on a fumble in the third quarter after Terrance Snellings knocked the ball loose from the hands of Crusader quarterback London Johnson.

On each opportunity, the Hawks’ offense came up short, while the offensive line gave up more sacks than they have all season with five.

While the defense allowed 272 yards, the Hawks came up big when it mattered most, keeping the Crusaders out of the end zone for most of the first half.

North Greenville’s only score came when Johnson hit Lucas Catalfomo on a 13-yard touchdown pass with 13 seconds left in the second quarter. Johnson finished 8-of-17 for 101 yards.

Pullum finished 14-of-25 for 101 yards, and King had five catches for 50 yards. While the Hawks had some success in the passing game, they struggled to get a solid running game going as Tupac Lanier led with 33 yards on 11 carries.

Shorter faces another conference matchup next Saturday when the Hawks hit the road to take on Mississippi College.