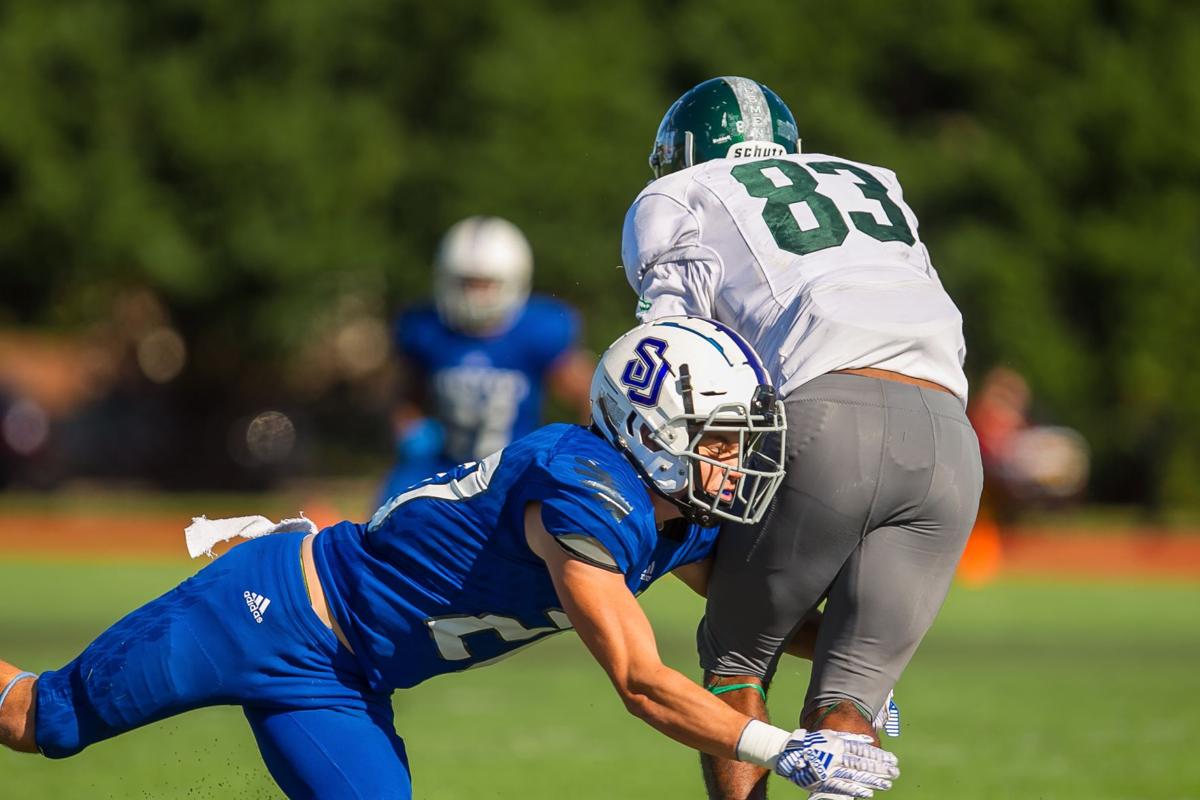 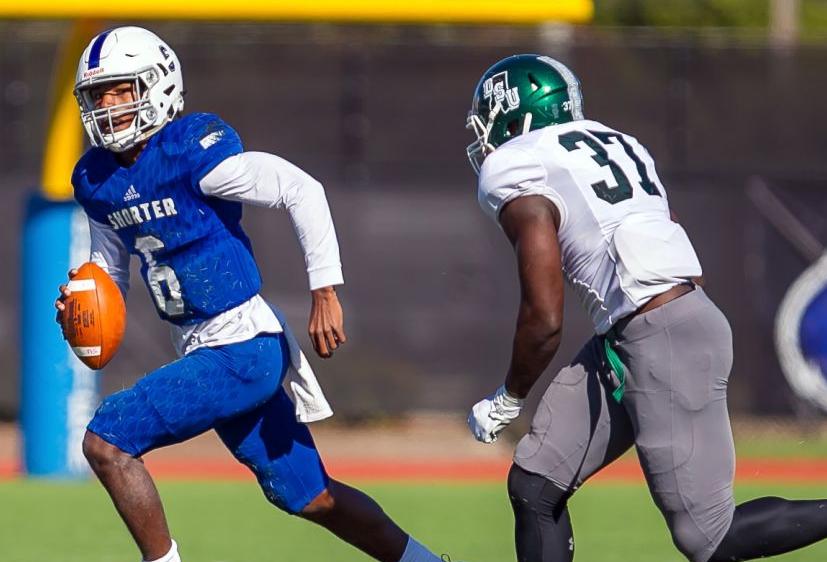 Shorter quarterback Aeneas Dennis (6) runs out of the pocket while being pursued by Delta State’s Zane Samuel during Saturday’s game at Barron Stadium. 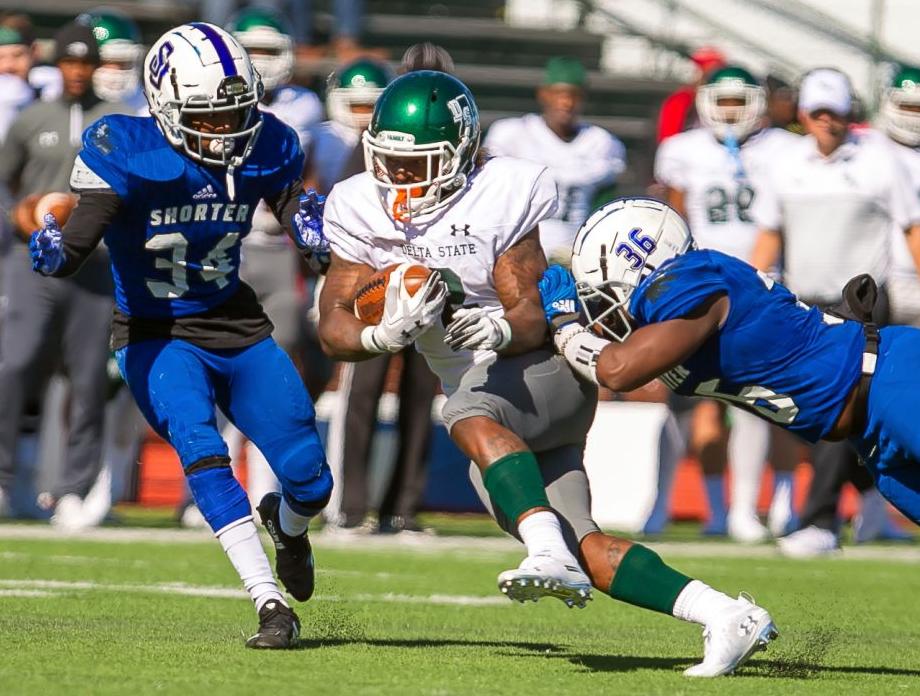 Shorter quarterback Aeneas Dennis (6) runs out of the pocket while being pursued by Delta State’s Zane Samuel during Saturday’s game at Barron Stadium.

With both teams scoreless through most of the first quarter, Shorter’s football team kept up with Delta State despite going into the second quarter down 7-0.

However, the Statesmen put up 17 more points before halftime and pulled away from the Hawks on their way to a 38-6 win Saturday at Barron Stadium in a Gulf South Conference matchup.

“The first quarter was fantastic,” Morrison said. “The defense was flying around. There was great enthusiasm and great movement throughout. We gave up a big play. It was a misread. One play. We’ve got to keep these guys motivated and their heads up because it’s the next play mentality. That’s how it’s got to be. Offense or defense, you’ve got to get better every play.”

The Hawks’ defense was doing its best at holding back Delta State’s offense in the opening period until, with 58 seconds left and the Statesmen on their own 10, Rico Owens II was able to break free for a 90-yard touchdown run to put his team up 7-0.

The Hawks’ lone score came in the second quarter when freshman quarterback Aeneas Dennis hit Dillon Manning on a 38-yard touchdown pass with 2:41 left to play to cut the Statesmen lead to 24-6.

The touchdown was set up when Christopher Williams intercepted Delta State quarterback Breck Ruddick at the Statesmen 38-yard line. The Hawks scored on the first play of their next possession.

Making only his second start with the Hawks and his first start at Barron Stadium, Dennis tried to get the offense going, but Delta State (5-3, 4-2) didn’t give him many chances.

Dennis finished 9-of-26 for 71 yards passing and a touchdown and was sacked three times. He has taken over in place of senior Tyler Pullum, who had been the Hawks’ starter for most of his career.

“Aeneas put a good zip on the ball, but it’s his second start and his first start at home, so he’s got some jitters, I’m sure,” Morrison said. “He did some good things and his feet helped us out a lot, but we’ve got to execute. We’ve got to be able to see blitzes coming from our offense’s blind side, and we’ve got to open up holes for our running backs.”

The Hawks were in negative rushing yardage for most of the day as Dennis led the ground game with 27 yards. Shorter finished with just 136 yards of offense on the day, while the Statesmen racked up 510 yards.

Shorter will play its final home game of the season next Saturday against Allen University at 1 p.m.