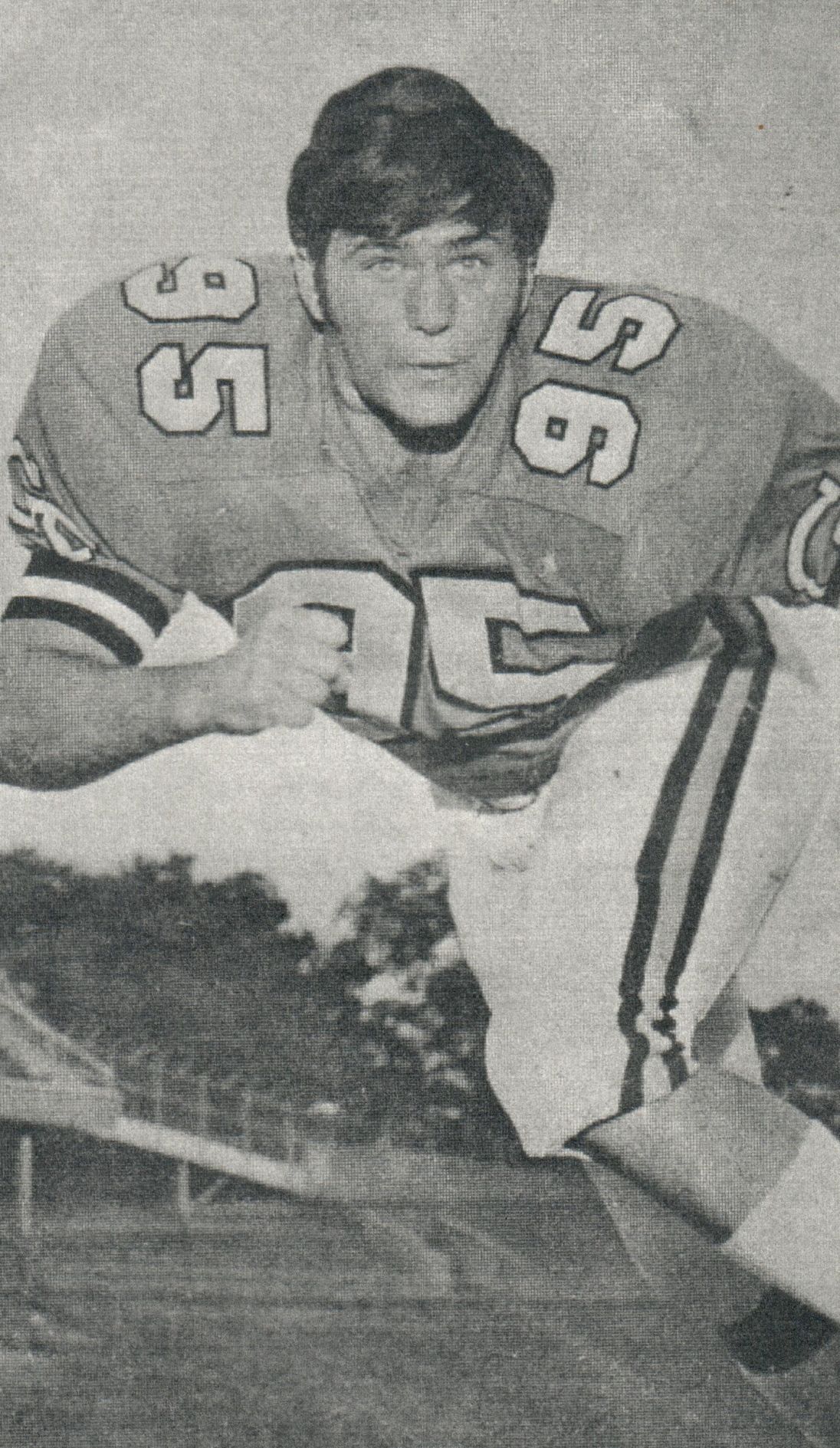 Former Georgia Tech defensive lineman Tim Broome played for the Yellow Jackets from 1967 to 1970 after playing high school football for the Coosa Eagles. 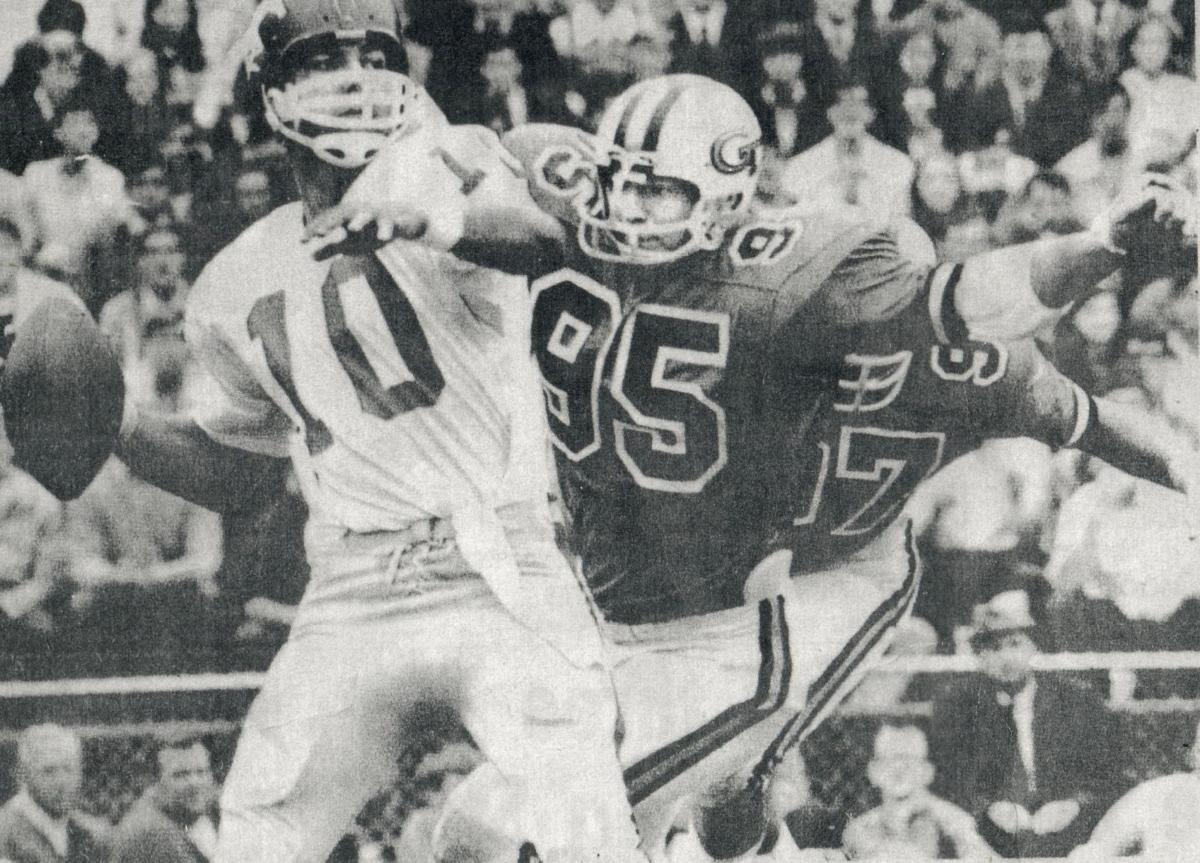 Tim Broome (95) chases down SMU’s Chuck Hixson during a game in the 1969 season.

Former Georgia Tech defensive lineman Tim Broome played for the Yellow Jackets from 1967 to 1970 after playing high school football for the Coosa Eagles.

Tim Broome (95) chases down SMU’s Chuck Hixson during a game in the 1969 season.

Tim Broome has already heard that his Yellow Jackets don’t have a chance Saturday against Georgia on at Bobby Dodd Stadium.

Broome, however, was on a team that was an example of why they play the game.

Broome, who played his high school career for the Coosa Eagles, was on the 1969 Yellow Jackets team that upset then-favorite Georgia 6-0 in Tech’s season finale 50 years ago.

While the Jackets didn’t have a breakout season that year — finishing with a 4-6 record — the win against the Bulldogs was more than enough for Broome and his teammates.

“To me, if we went 1-9 and beat Georgia, our season was made,” Broome said. “That’s the way we pretty much felt about it.”

The team was coached by Bud Carson, who was in his third year at the helm after replacing longtime head coach Bobby Dodd. Broome played on the defensive line all four seasons under Carson from 1967 to 1970 and was part of a group of athletes called the Lost Dodd Boys — players who were recruited to Tech by Dodd but didn’t get to play for him.

Just like today, Broome said his team back in the late 1960s dealt with people saying there was no way they would take down Georgia.

“We didn’t take too kindly to some of the things that were being said and were being written,” Broome said. “We beat them 6-0, and it went down as one of the biggest wins in the history of our football team. It was a huge win for Tech at that point.”

The Bulldogs finished 5-5-1 that season, dropping their last three games, including a 45-6 loss to No. 14-ranked Nebraska in the Sun Bowl to close out their season.

This season, Broome agreed it doesn’t look great for the Yellow Jackets. The team, under first-year head coach Geoff Collins, has struggled so far, losing three of its last five games and sitting at 3-8 on the year.

On the other side, Georgia is ranked No. 4, has won five straight games and owns a 10-1 record with its only loss coming from an double-overtime upset by South Carolina.

While those are daunting accomplishments, Broome cited the loss to the Gamecocks as proof that anything can happen.

“Georgia is not the same team that came onto the field in 1969,” Broome said. “They’re good, they’re great, but anybody can lose. Look at the South Carolina game. I don’t think we’re going to beat them down, but our philosophy was if you can beat them off the ball, you’ve got a chance to disrupt anything they’re trying to do.”

Broome got his start in football on the local stage, playing for the Coosa Eagles under longtime head coach Branch Bragg. In 1966, his senior season, he was a first-team AJC All-State selection and chosen as Lineman of the Year as the Eagles finished with an 8-3 record.

Broome said the 50th anniversary of the 1969 game has brought up several memories, including the recent loss of former Georgia Tech teammate Steve Foster, who died earlier this year after battling an illness.

“I wish there was some way people could be thinking about Steve,” Broome said. “He was one of my best friends, and he was a big supporter of Georgia Tech. It’s kind of a sad time, but it brings back old memories as well.”