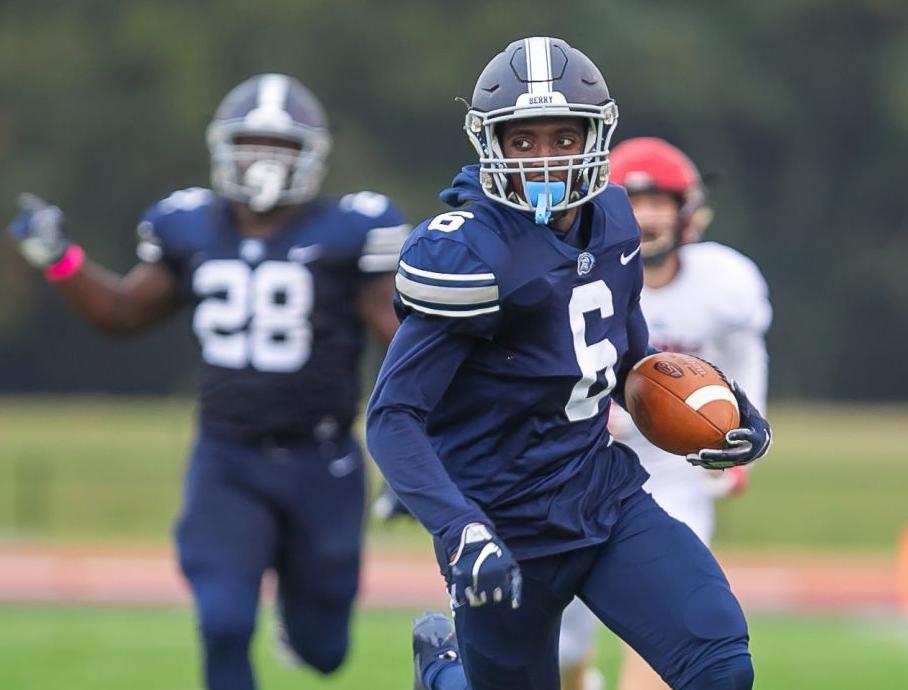 Berry’s Mark Sommerville II returns an interception 35 yards for a touchdown during the third quarter of Saturday’s game at Valhalla Stadium. 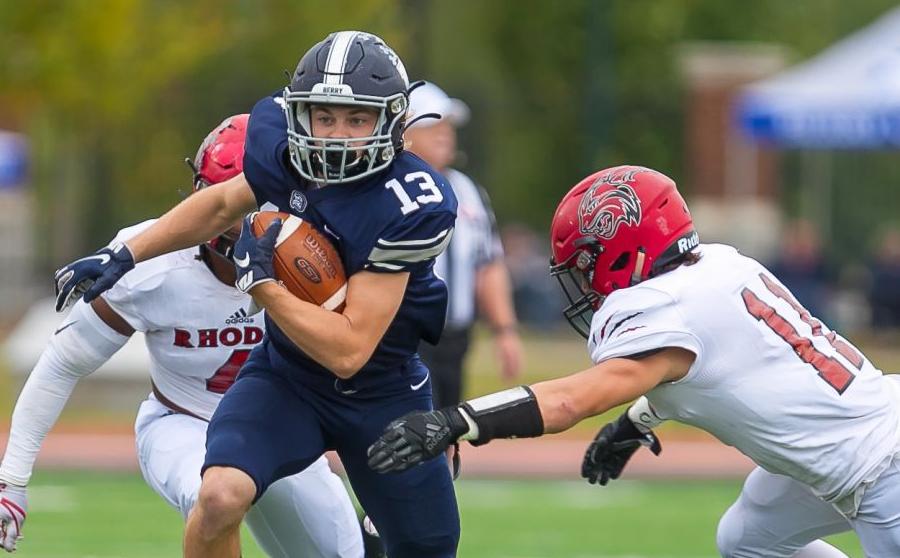 Berry receiver Cade Kennemore (13) runs away from the grasp of Rhodes’ Conner Mitchell during Saturday’s game. 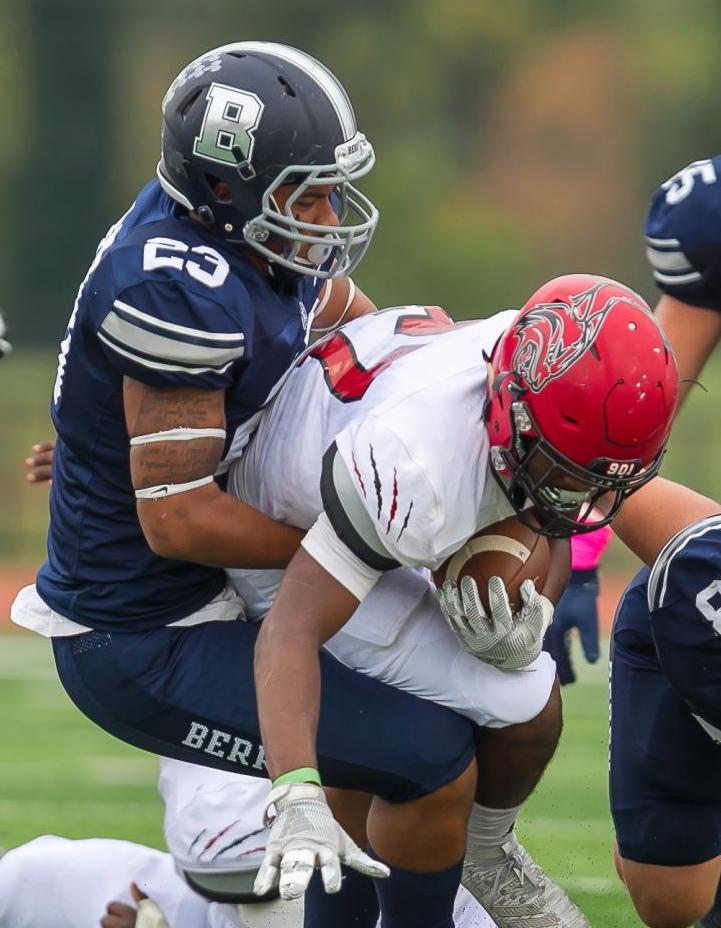 Berry’s Mark Sommerville II returns an interception 35 yards for a touchdown during the third quarter of Saturday’s game at Valhalla Stadium.

Berry receiver Cade Kennemore (13) runs away from the grasp of Rhodes’ Conner Mitchell during Saturday’s game.

After last week, Berry College needed a strong response to suffering its first loss of the season.

The Vikings showed up in a big way Saturday at Valhalla Stadium when they took down Southern Athletic Association opponent Rhodes 54-10 for their 21st straight win at home.

Berry head coach Tony Kunczewski said the win saw his team get back in their usual form after struggling against the Panthers in a 28-15 loss.

The win keeps the 21st-ranked Vikings’ hopes alive for a fourth straight SAA championship, but the team needs to win their remaining two games and hope for a loss by the Panthers.

Following a bye week, the Vikings will face Centre on the road on Nov. 9 and will wrap up the regular season the following week with a home game against Austin.

The Panthers have a tougher route to the SAA title with Austin, Trinity and Millsaps left on their schedule.

“Right now we realize we don’t necessarily control our own destiny in terms of the automatic bid — Birmingham-Southern does,” Kunczewski said. “They have a tough schedule remaining. We can’t live in the past right now. We’ve got to focus on what we can control. We’ve finally got a bye, so we’re going to refocus and get healthy this coming week. We’re fortunate we have two weeks to prepare for Centre, and hopefully we can take advantage of that.”

Berry (7-1, 5-1) jumped out quickly against Rhodes, scoring 23 points in the opening quarter, and the Vikings defense made sure the Lynx were stifled offensively, holding the team to only 208 yards of offense, while Berry rolled up 457 offensive yards.

Offensively, Heath Burchfield and former Calhoun player Gavin Gray both had success through the air for the Vikings. Gray went 7-of-11 for 162 yards and three touchdowns, while Burchfield finished 10-of-11 for 90 yards and a score.

Mason Kinsey had four catches for 120 yards and three touchdowns, bringing his career total of touchdown receptions to 46. Chandler Polk had five catches for 36 yards and a score, and Berry kicker Trey Gregory first got the Vikings on the board with a 33-yard field goal in the first quarter.

Darius Barnum led the rushing attack with 63 yards and a touchdown on nine carries.

Rhodes’ only scores came on a 33-yard field goal by Fred Jackson in the second quarter, and, in a rare slip up for Berry on the day, Beck Fieth picked up a Vikings’ fumble and returned it 92 yards for a third-quarter score of 51-10.