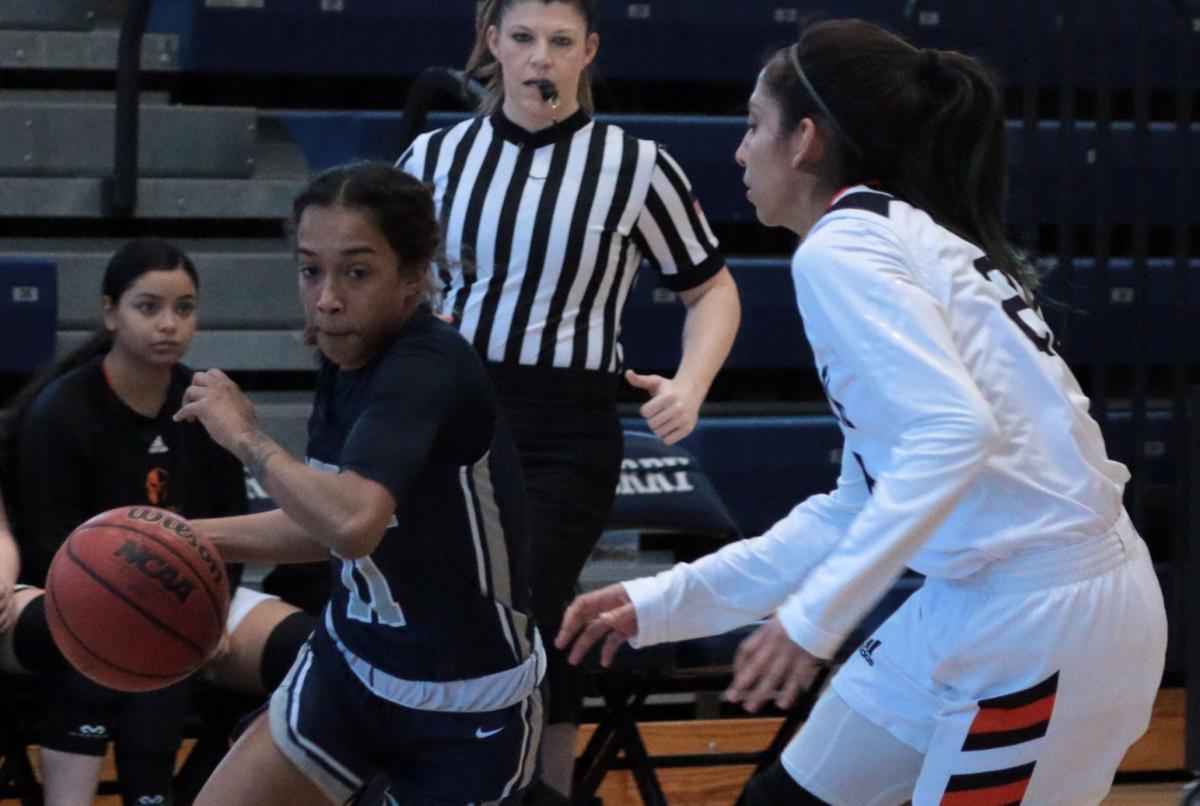 Berry’s Jana Morning (left) drives the ball around Hendrix’s Anissa Gutierrez during the first half of Sunday’s Southern Athletic Association game at the Cage Center. 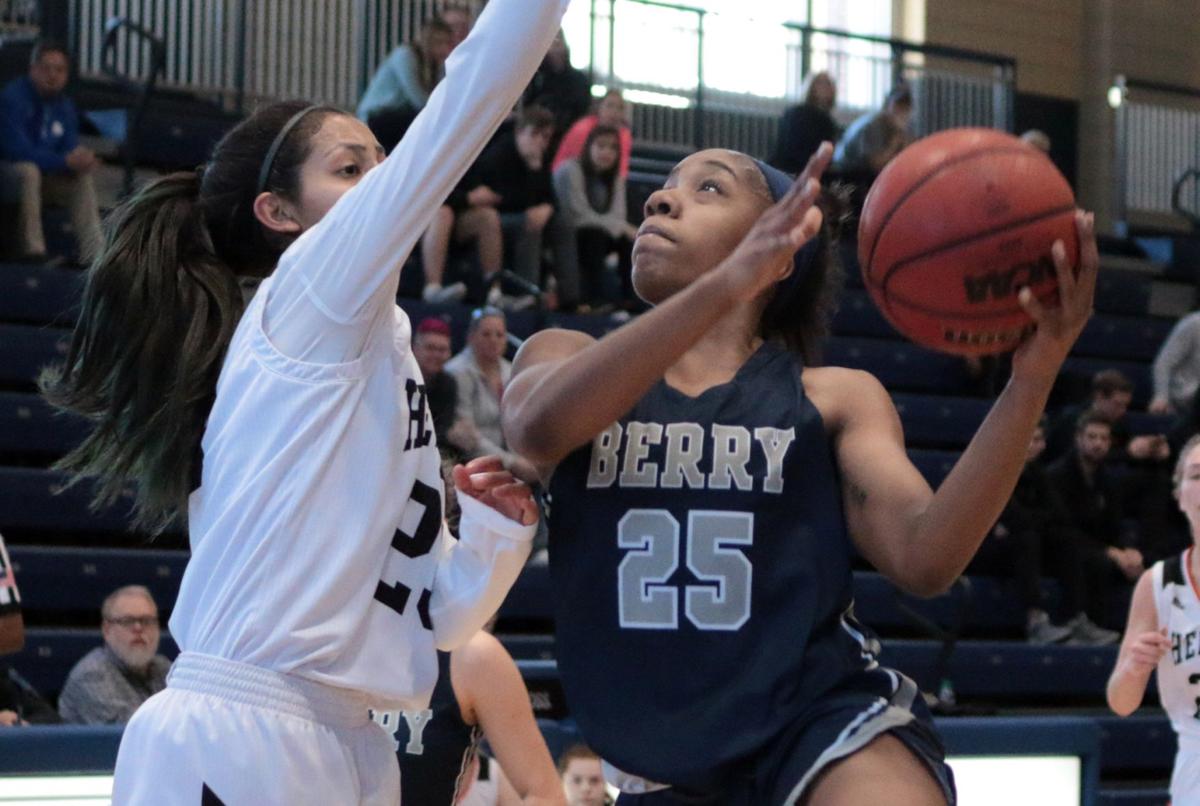 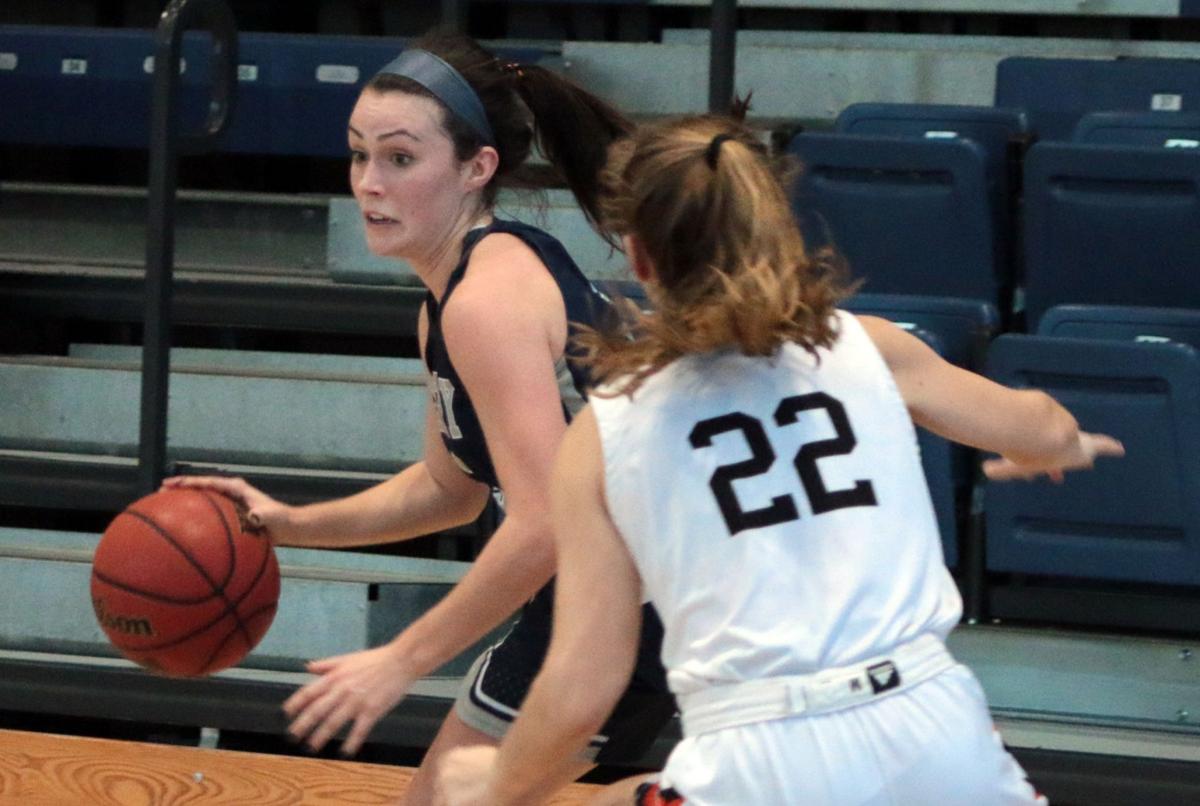 Berry’s Jana Morning (left) drives the ball around Hendrix’s Anissa Gutierrez during the first half of Sunday’s Southern Athletic Association game at the Cage Center.

The Berry College women battled Hendrix to the final second of their Southern Athletic Association contest Sunday, with the host Vikings gaining just enough edge to seal the win.

Jana Morning posted a season-high 22 points to pace Berry in a 61-59 victory over the visiting Warriors at the Cage Center to notch the Vikings’ first SAA win of the season.

“The first one is always a tough one,” Berry coach Thomas Johnson said. “I think our kids play very hard, but conference wins are hard to come by, and especially home conference wins. You don’t want to lose any of those. So we always want to try to defend home court.”

Leading 60-56 with 40 seconds to play, Berry held its breath as Hendrix’s Cassidy Salyer was fouled as she made a 3-pointer with 31.4 seconds on the clock. She missed the ensuing foul shot to make it a one-point game.

Berry’s Madeline Sandman then hit the back end of a trip to the free throw line, only to have Hendrix get one last shot at tying the game when Kessie Jenkins was fouled by Sandman with 0.7 seconds left.

Jenkins missed both attempts and the clock quickly ran out after the rebound.

Morning went 7-of-16 from the field and was a perfect 6-for-6 from the line. The Cass High School graduate added six rebounds and three steals, while Sandman followed with 16 points for the Vikings.

The Vikings outscored the Warriors 20-11 in the third period as they began focusing on defense while taking care of the ball offensively.

A layup and 3-pointer from Sandman pulled Berry even with the Warriors, 35-35, and a shot by Sydney Blankenship a few moments later sparked a 12-2 run that led to a 47-41 lead heading into the final quarter.

Johnson said it was about getting back to what they do best.

“We started getting easy offense, got into the paint a lot, and then that turned into a one-on-one game for us. And then we just lost our way defensively,” Johnson said. “Defensively we sort of stepped it up a little bit, and that’s the biggest thing for us. If we defend, we give ourselves a chance to win every night. When we don’t, we sort of struggle.”

The Vikings increased their lead to 11 early on in the fourth before Hendrix (2-12, 0-3) began a comeback that was highlighted by a 9-2 run that led to the game’s frantic final seconds.

Berry returns to action Friday as they travel to Danville, Kentucky, to take on Centre.